Nancy Pelosi has torn Donald Trump’s speech in half as he finished the State of the Union address.

Nancy Pelosi has torn Donald Trump's speech in half as he finished the State of the Union address.

The Speaker of the House was standing directly behind the president when she made the dramatic gesture.

When asked afterwards, Ms Pelosi made an oblique defence. 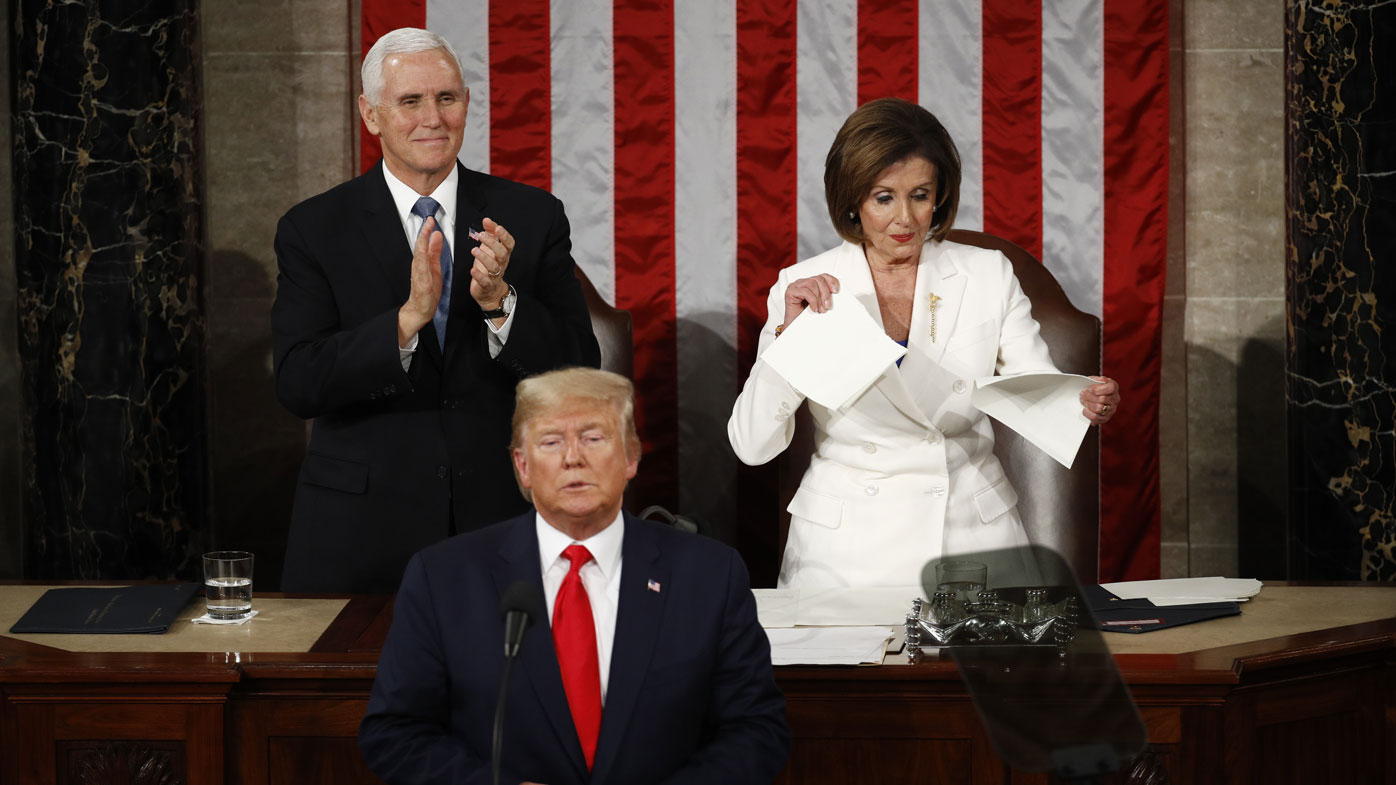 "Because it was the courteous thing to do considering the alternatives," she said.

The president took to the podium to the standing ovation of the room, which is filled with senators and representatives.

He handed copies of his speech to Vice President Mike Pence and Ms Pelosi, who take their seats behind him. 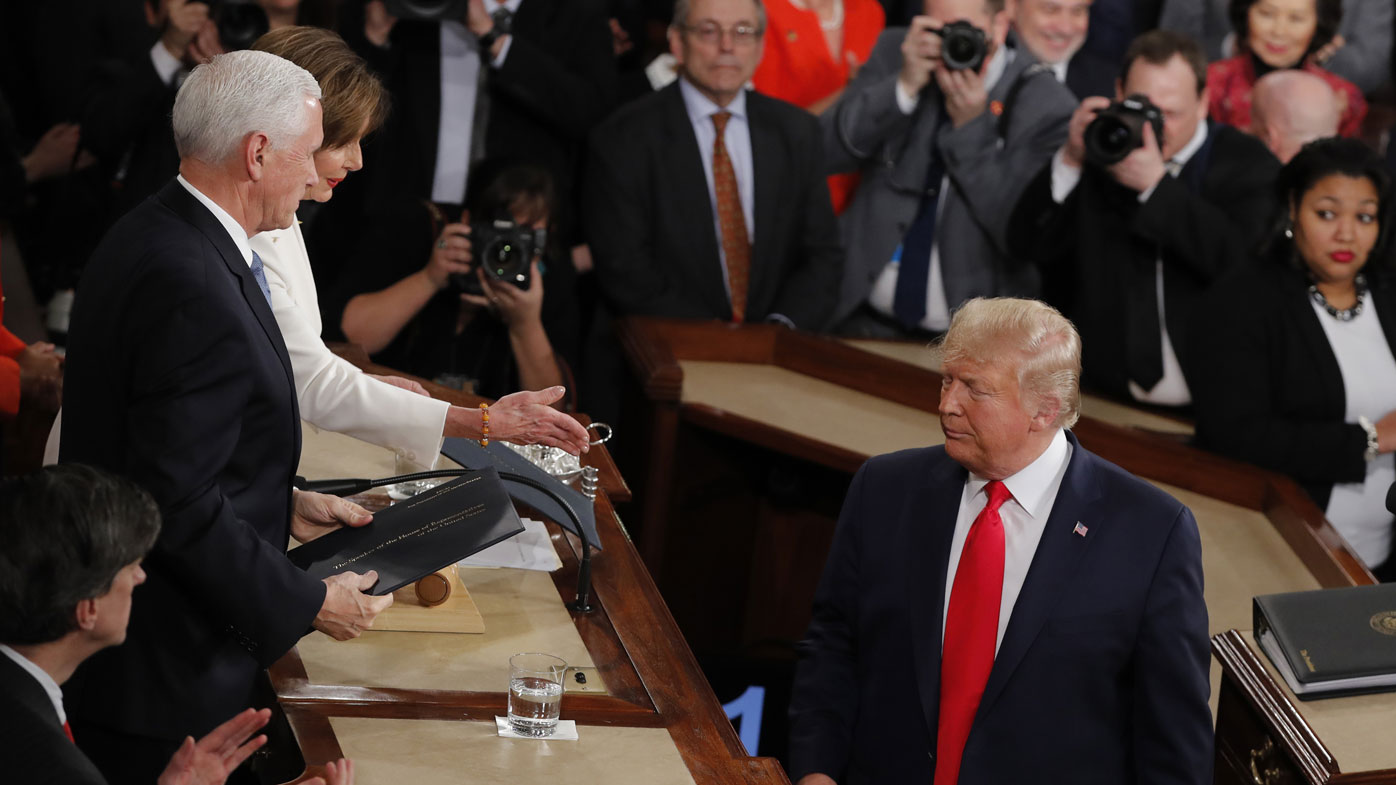 As Ms Pelosi reached out her hand to the president, he turned his back.

Republicans chanted "four more years" before the speech began, a reference to the November election.

If Mr Trump is not re-elected, this will be his final State of the Union address.

The State of the Union was full of political theatrics. As Mr Trump spoke about gun rights, the father of a school shooting victim began shouting at him. 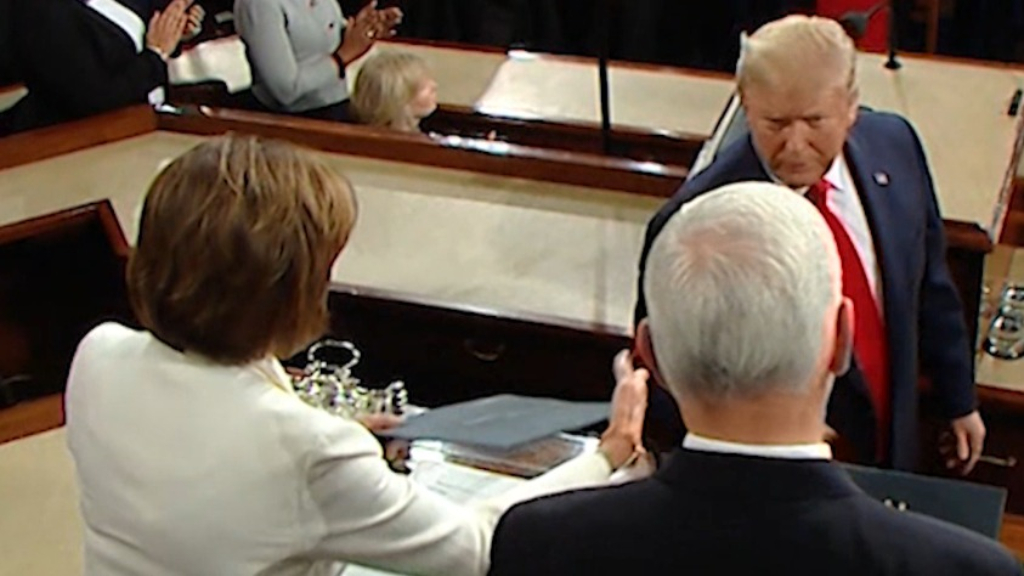 Fred Guttenberg, whose daughter died in the Parkland massacre in Florida, was quickly ejected.

Mr Trump also announced he had promoted a 100-year-old World War II veteran to the rank of brigadier-general.

Much of the early part of his speech was centred on the unemployment rate, which is at its lowest rate in decades.

"If we hadn't reversed the failed economic policies of the previous Administration the world would not now be witnessing this great economic success." 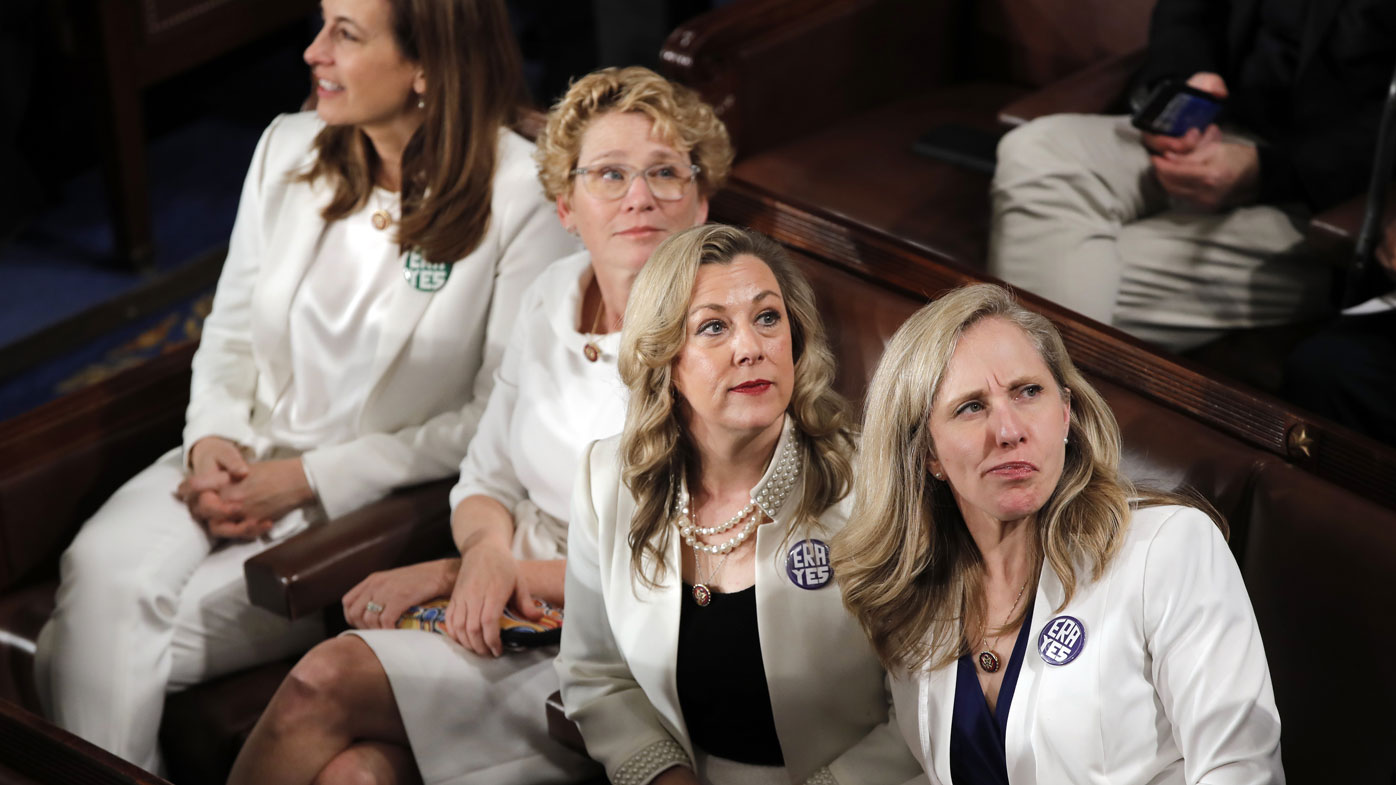 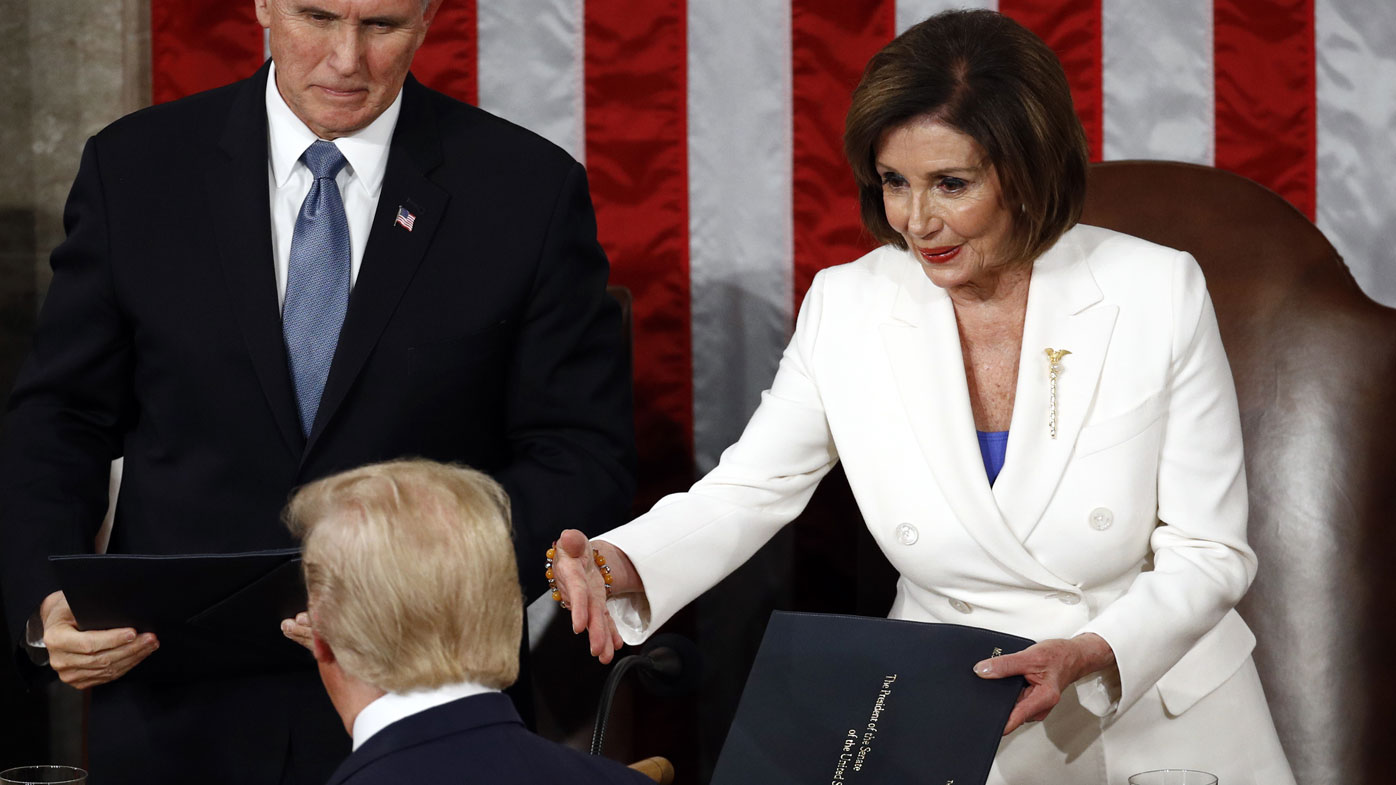 "One hundred and 32 lawmakers in this room have endorsed legislation to impose a socialist takeover of the healthcare system.

"Wiping out the private health insurance plans of 180 million very happy Americans. To those watching at home tonight, I want you to know, we will never let socialism destroy American healthcare."

In an apparent reversal of the law he failed to pass in 2017, Mr Trump vowed to "protect patients with pre-existing conditions". 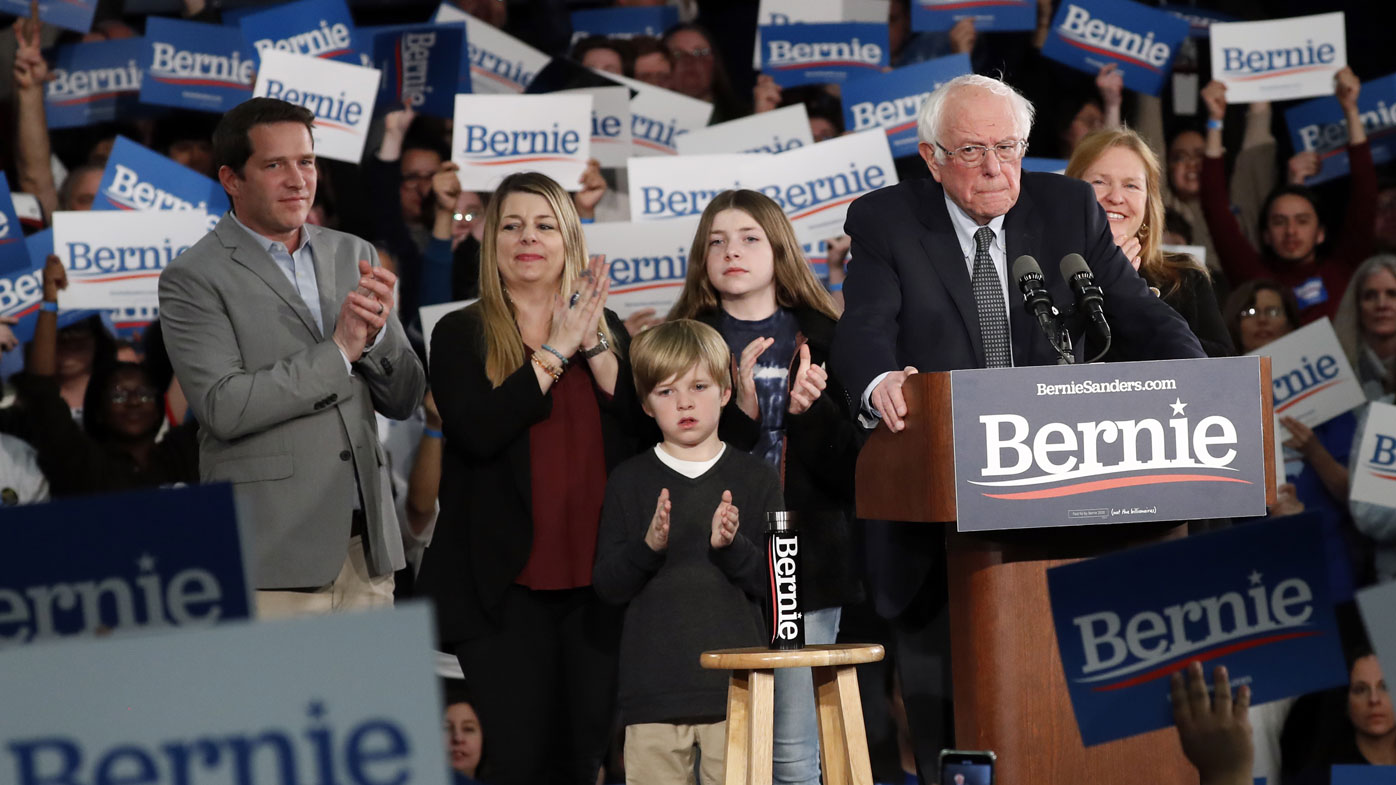 Under the Obamacare repeal Mr Trump tried to pass in his first year as president, people without a clean bill of health would be unable to purchase health insurance. 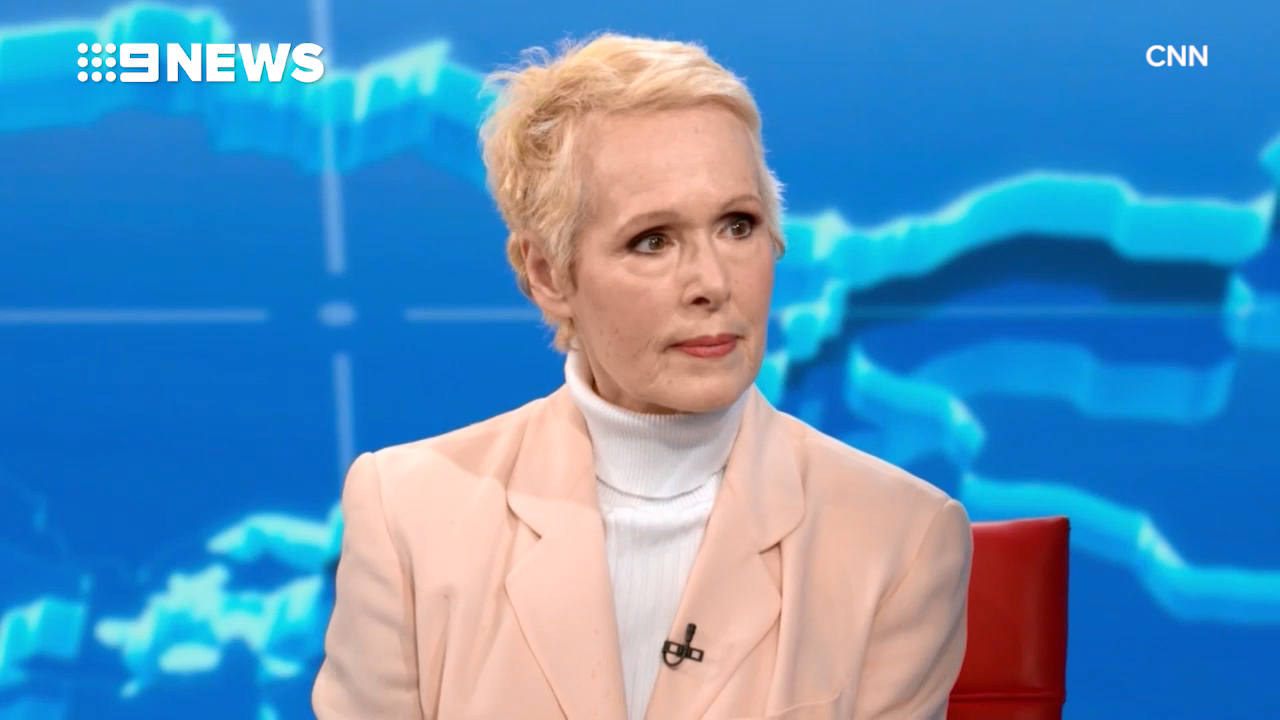