Donald Trump has played down the risk of coronavirus in his first formal press briefing in 300 days.

In an address to the White House press briefing room, Mr Trump spoke of his earlier decision to "close up the border to flights coming in from certain areas".

"Because of all we have done, the risk to the American people remains very low," the president said.

"We're ready to adapt and we're ready to do whatever we have to as the disease spreads, if it spreads, as most of you know the level that we have had in our country is very low and those people are getting better.

"Sometimes they just get the sniffles." 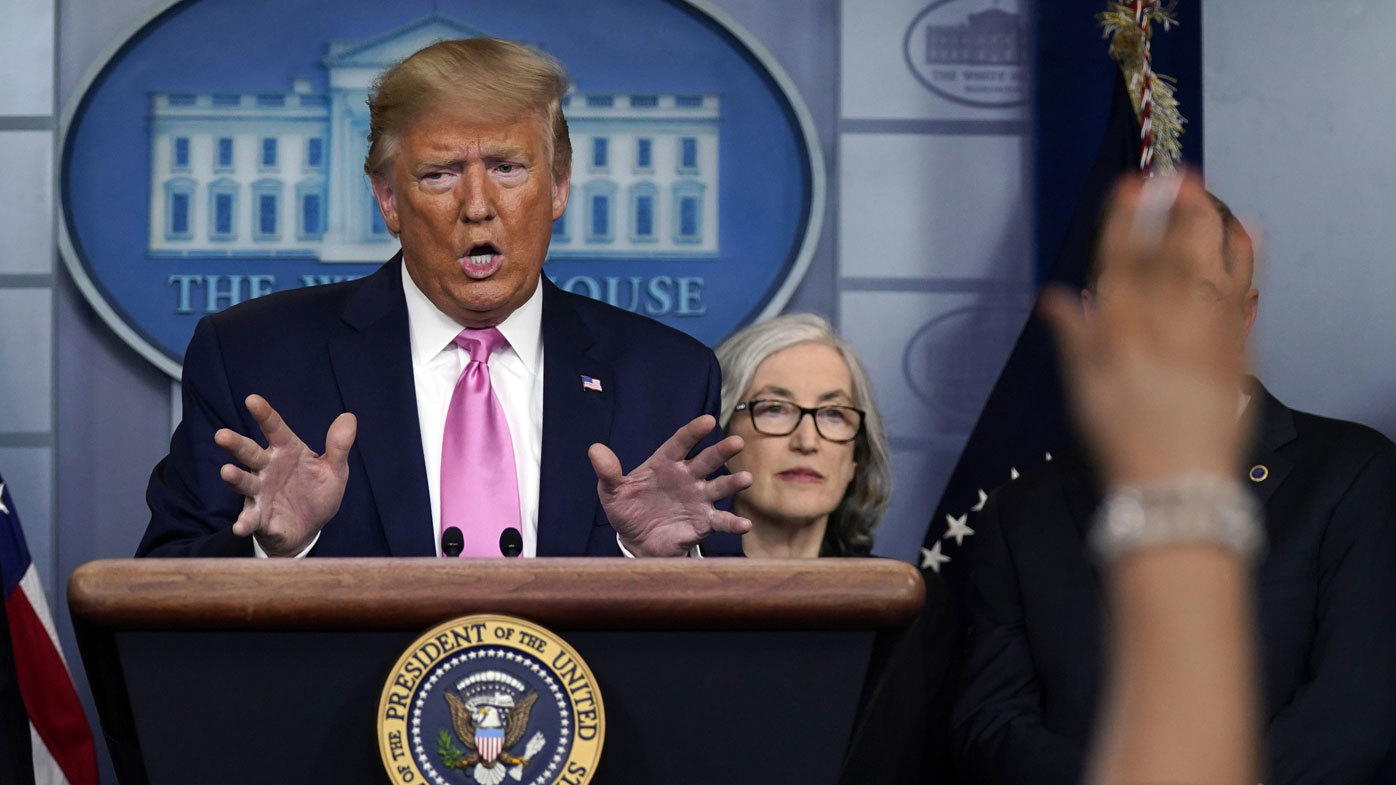 The president's statement somewhat contradicts forecasts by the Centres for Disease Control, the US body in charge of managing outbreaks.

Earlier this week a former CDC director said a coronavirus pandemic was inevitable.

Mr Trump compared fatalities to coronavirus to those of influenza.

"And so far if you look at what we have with the 15 people and they're recovering, one is pretty sick, but hopefully will recover. But the others are in great shape.

The fatality rate from coronavirus, or COVID-19, is about two per cent, according to Chinese data. 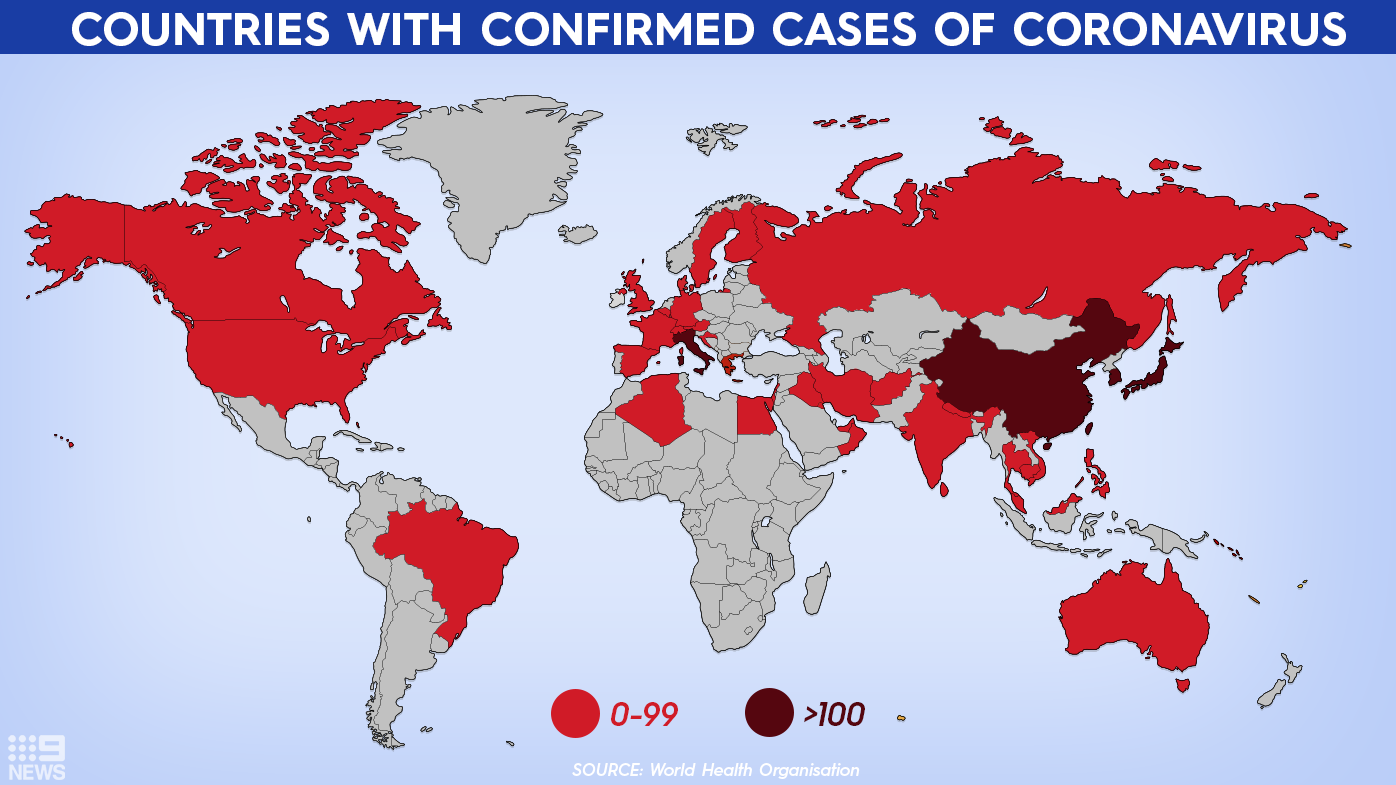 That figure is 20 times higher than the fatality rate of the flu.

Mr Trump announced he would put Vice President Mike Pence in charge of managing the US response to the coronavirus outbreak.

Overnight Mr Trump accused news network MSNBC (which he referred to as MSDNC) of making the disease look as bad as possible.

There are currently more than 80,000 COVID-19 cases in the world, and at least 2771 people have died from the disease.

Mr Trump said the potential of a Democratic candidate being elected in November was behind the stock market drop in recent days.

"I think the financial markets are very upset when they look at the Democratic candidates standing on stage making fools of themselves," he said.

"I think after I win, the stock market's going to boom like it's never boomed before."

He also conceded that coronavirus was having an effect on the market. 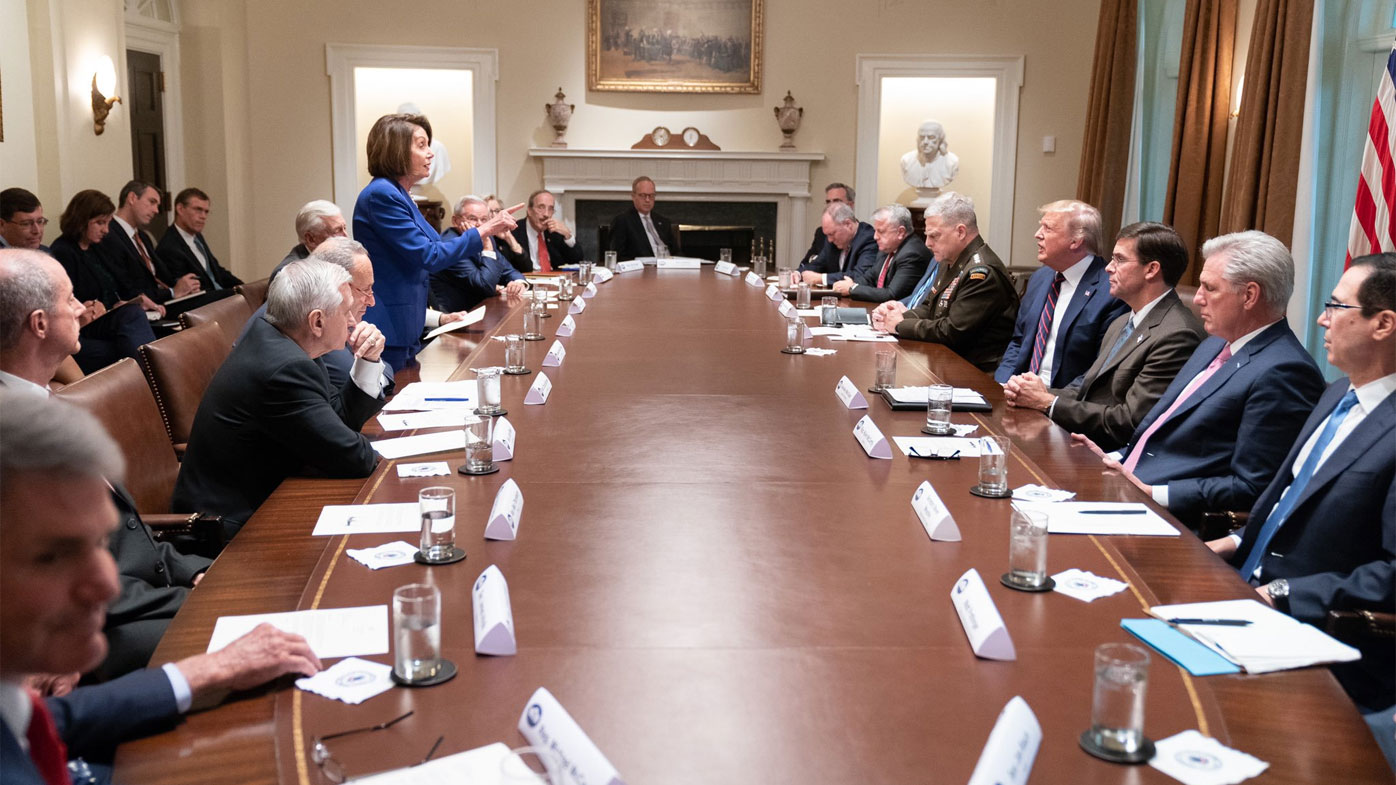 Ms Pelosi criticised the US$2.5 billion the White House sought to address the coronavirus crisis.

"This is shameful. He puts forth a proposal now that is meagre, anaemic in terms of addressing this. Ebola, we did $5 billion," she said.

"And now they're trying to take the Ebola money and spend it here."

"I think Speaker Pelosi is incompetent," he said.

"I think she's not thinking about the country. Instead of making a statement like that, where I've been beating her routinely, we should be working together.

"She knows it's not true. All they're trying to do is get a political advantage," he said.

"They shouldn't be saying: 'This is terrible. President Trump should be asking for more money'."

He also defended his campaign suing the New York Times over an opinion piece this morning, and said there would be more lawsuits coming. 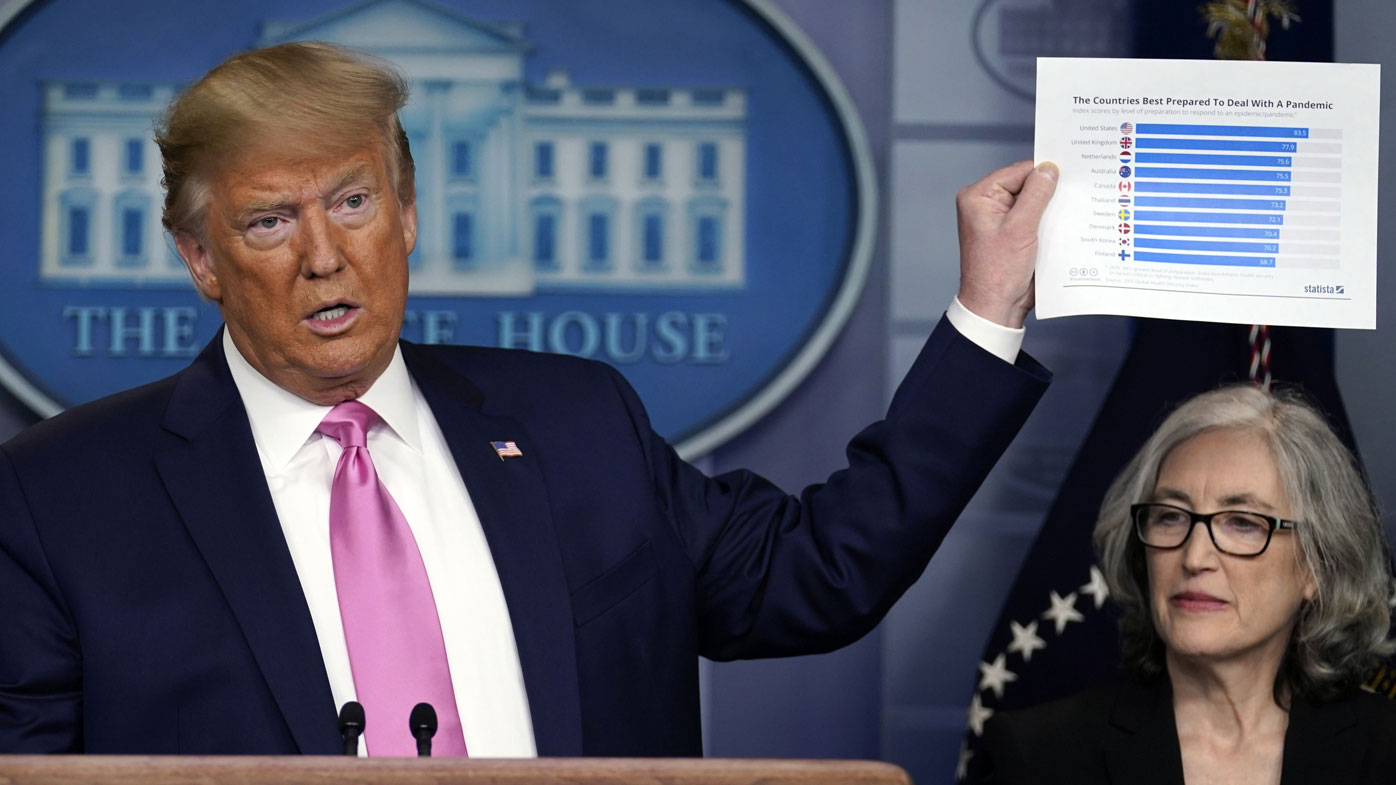