President Donald Trump has been impeached for an historic second time for ‘inciting’ deadly riot at US Capitol.

President Donald Trump has been impeached by the US House for an historic second time, charged with "incitement of insurrection" over the deadly mob siege of the Capitol in a swift and stunning collapse of his final days in office.

With the Capitol secured by armed National Guard troops inside and out, the House voted 232-197 to impeach Trump. The proceedings moved at lightning speed, with politicians voting just one week after violent pro-Trump loyalists stormed the US Capitol, egged on by the president's calls for them to "fight like hell" against the election results.

EXPLAINER: Why Trump's impeachment is very different this time

Ten Republicans fled Trump, joining Democrats who said he needed to be held accountable and warned ominously of a "clear and present danger" if Congress should leave him unchecked before Democrat Joe Biden's inauguration January 20.

Trump is the only US president to be twice impeached.

Senate Majority Leader Mitch McConnell blocked a quick Senate impeachment trial for Trump but did not rule out that he might eventually vote to convict the now twice-impeached president.

A spokesman for McConnell said he had informed Democrats that he would block their effort to quickly call the chamber back into emergency session to put Trump on trial.

The House voted 232-197 to impeach Trump, and McConnell's move means the Senate trial was all but certain to be delayed until after Joe Biden's inauguration as president on January 20. 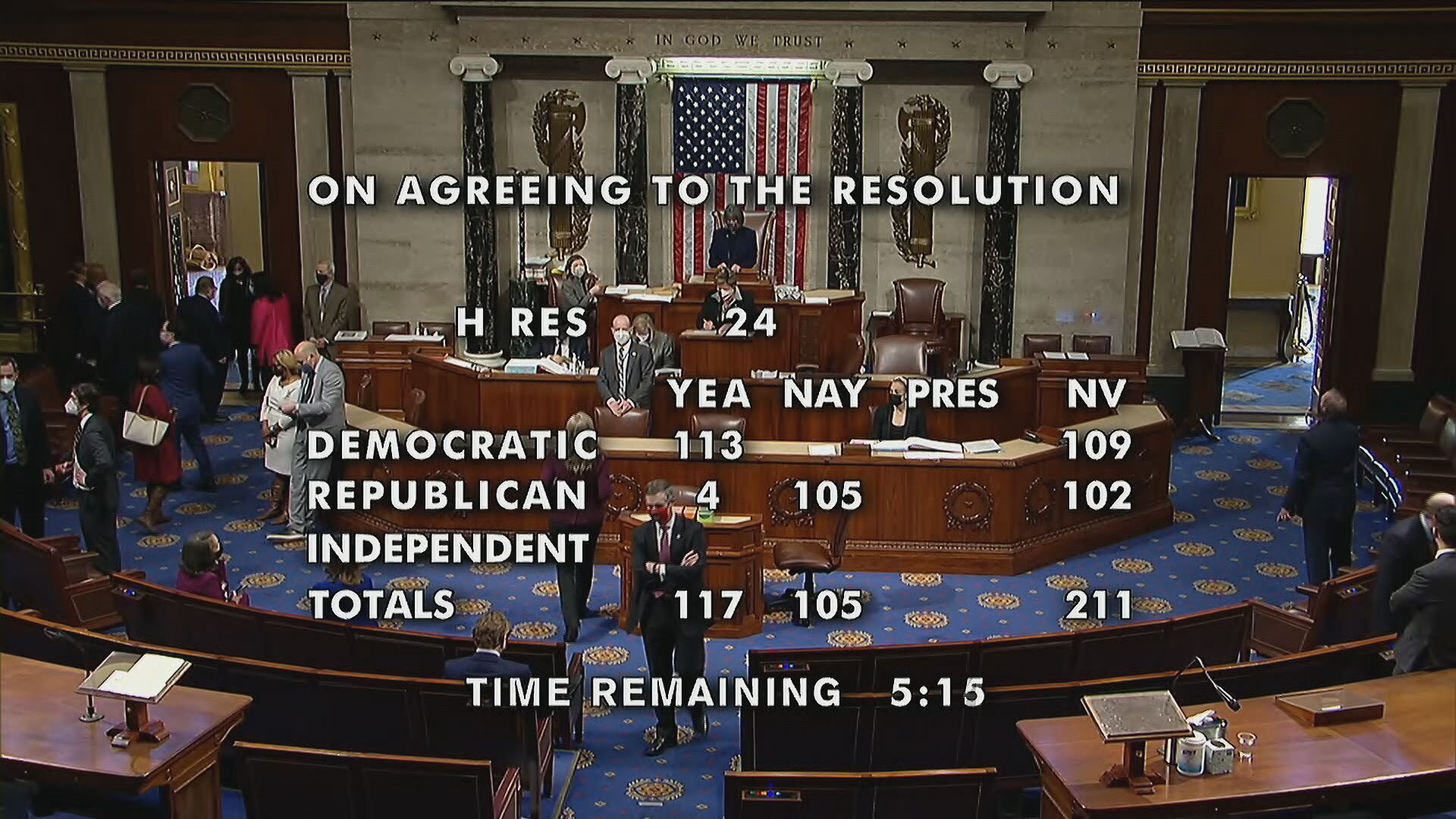 Cheney, whose father is the former Republican vice president, said of Trump's actions summoning the mob that "there has never been a greater betrayal by a President" of his office.

House Speaker Nancy Pelosi invoked Abraham Lincoln and the Bible, imploring lawmakers to uphold their oath to defend the Constitution from all enemies, foreign "and domestic."

She said of Trump: "He must go, he is a clear and present danger to the nation that we all love."

Holed up at the White House, watching the proceedings on TV, Trump took no responsibility for the bloody riot seen around the world, but issued a statement urging "NO violence, NO lawbreaking and NO vandalism of any kind" to disrupt Biden's ascension to the White House.

The impeachment proceedings came one week after a violent, pro-Trump mob breached the US Capitol, sending members of congress into hiding and revealing the fragility of the nation's history of peaceful transfers of power. 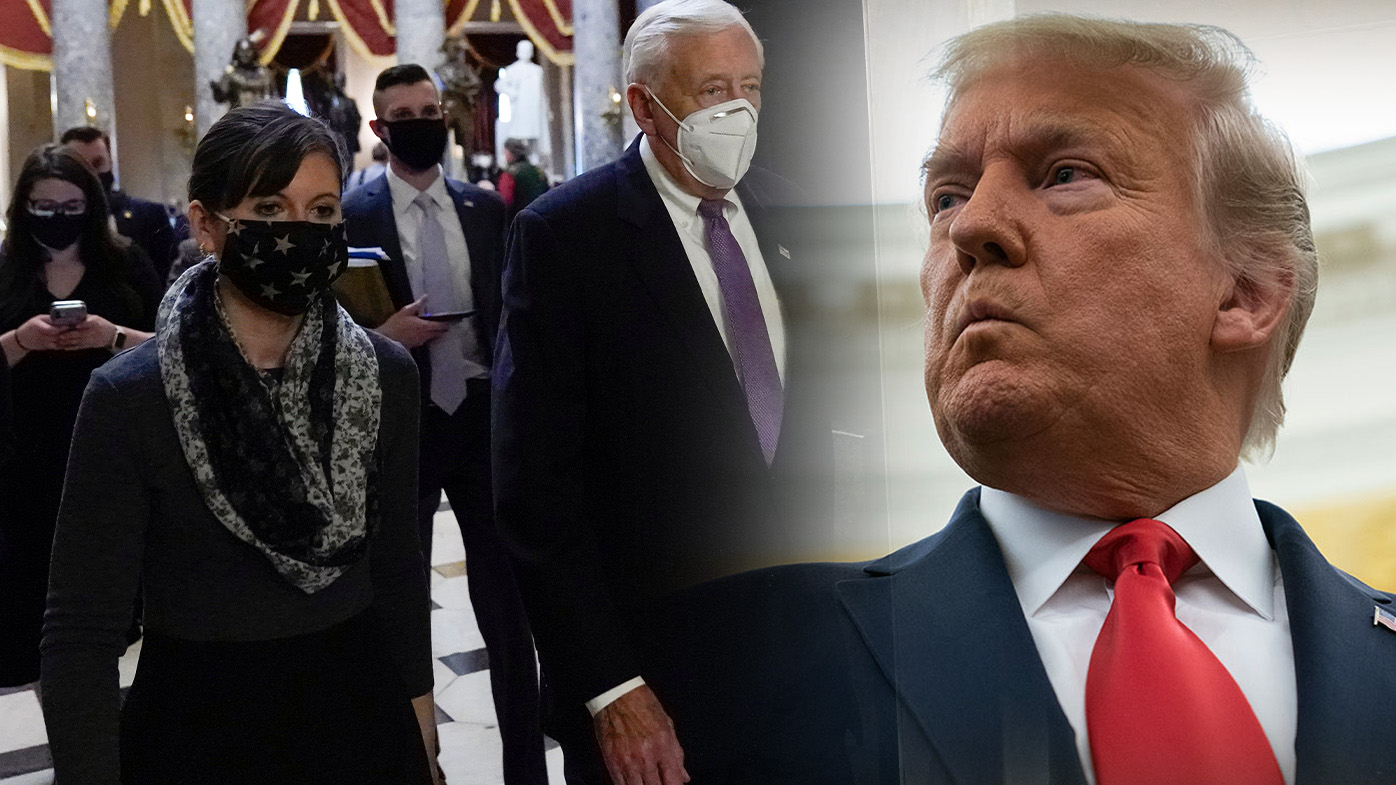 The riot has also forced a reckoning among some Republicans, who have stood by Mr Trump throughout his presidency and largely allowed him to spread false attacks against the integrity of the 2020 election.

While some have questioned impeaching the president so close to the end of his term, there is precedent. In 1876, during the Ulysses Grant administration, War Secretary William Belknap was impeached by the House the day he resigned, and the Senate convened a trial months later. He was acquitted. 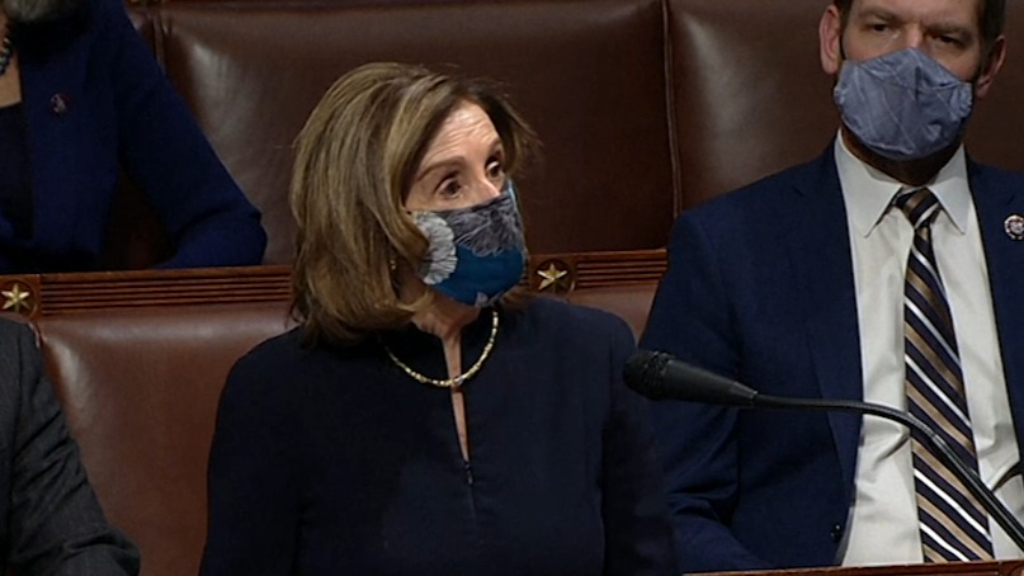 Mr Trump was impeached in 2019 over his dealings with Ukraine but acquitted by the Senate in 2020.