For any parents, taking their first baby home from hospital is a milestone moment. But Amanda Williams and Kyle Grayson are still waiting for that special day with their beloved baby Dominic, after more than a year.

For any parents, taking their first baby home from hospital is a milestone moment.

But Amanda Williams and Kyle Grayson are still waiting for that special day with their beloved baby Dominic, after more than a year.

He was born with some of his organs on the outside of his body and has never left Sydney Children's Hospital in Randwick. 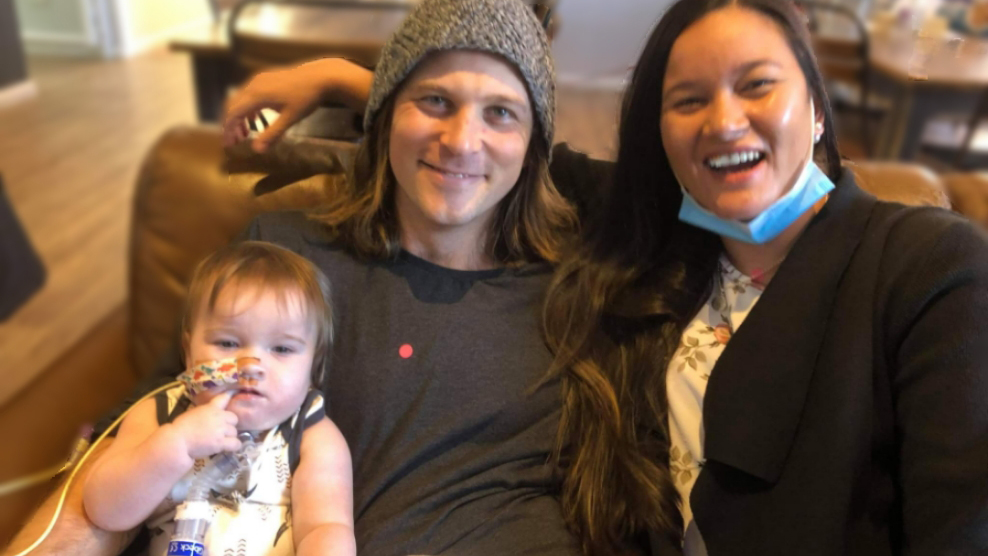 However, the family hopes they will be able spend Christmas together at home on the NSW Central Coast.

"I honestly think I would cry on the way home," Ms Williams said.

"He hadn't actually gone outside and seen sunlight or cars until he was 11 months old."

The family knew Dominic had a condition called giant omphalocele before he was born.

It is a rare birth defect which means his stomach, bowel and liver - and possibly some of his other organs - are all outside his body.

According to Boston Children's hospital in the US, cases as severe as Dominic's affects as few as one in 10,000 babies, while less complex forms are more common. 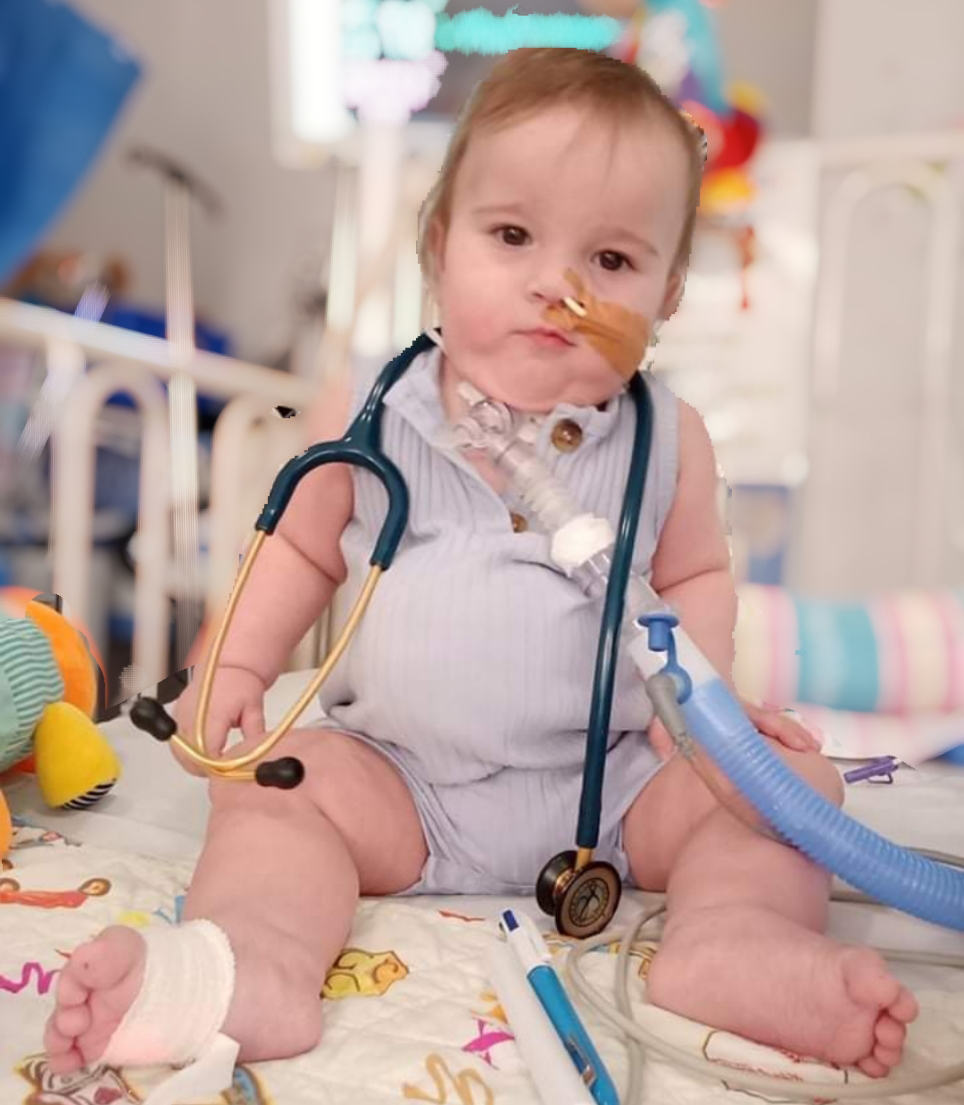 He was put into a special plastic bag, after being delivered by Caesarean.

"As soon as they got him out, they popped him into a plastic bag just in case the sack of his organs would rupture, so the bag could catch his organs, Ms Williams said.

"It was kind of a shock but we always handled it pretty well."

The family expected him to stay in hospital for three months - but he is still there over a year later.

He was found to have multiple related issues, including conditions which affect his breathing. He needs a special ventilator to keep him alive, and he's not well enough yet for surgeons to be able to operate to try and pop his organs inside.

The family had been told to prepare for the worst many times.

"By the time he was six months old we'd had to resuscitate him seven times," Ms Williams said.

"At least twice we were told he only had days to live."

However, Ms Williams said her son is a "cheeky little fighter" and always pulled through.

He love nothing better than strumming on his toy guitar, and was fascinated when he was recently able to go outside and see cars pass in the street. 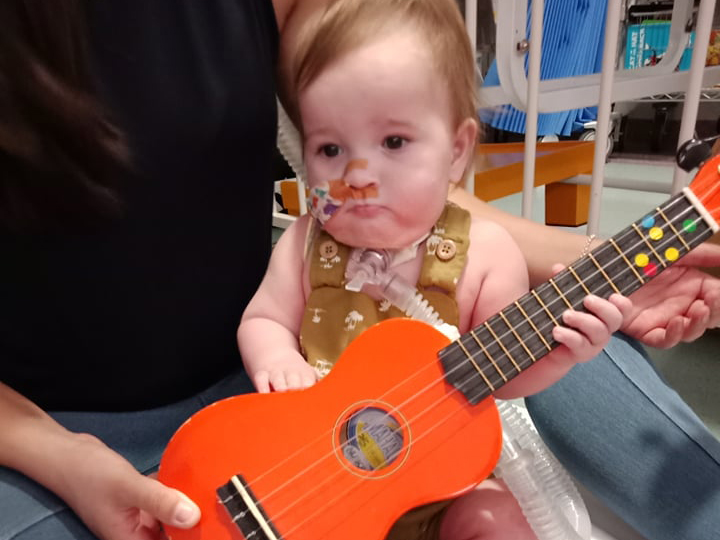 "He saw his first car go past which was astonished by," she said.

The family is now putting plans in place to finally leave Randwick, with Ms Williams saying they'll basically have to set up a "hospital at home".

They are raising money for all the equipment they need, with medics saying Dominic could need around-the-clock care until he is around eight years old.

Ms Williams has been living at Ronald McDonald House, a special charity 'home from home' for families with sick children, while Mr Grayson visits at weekends. 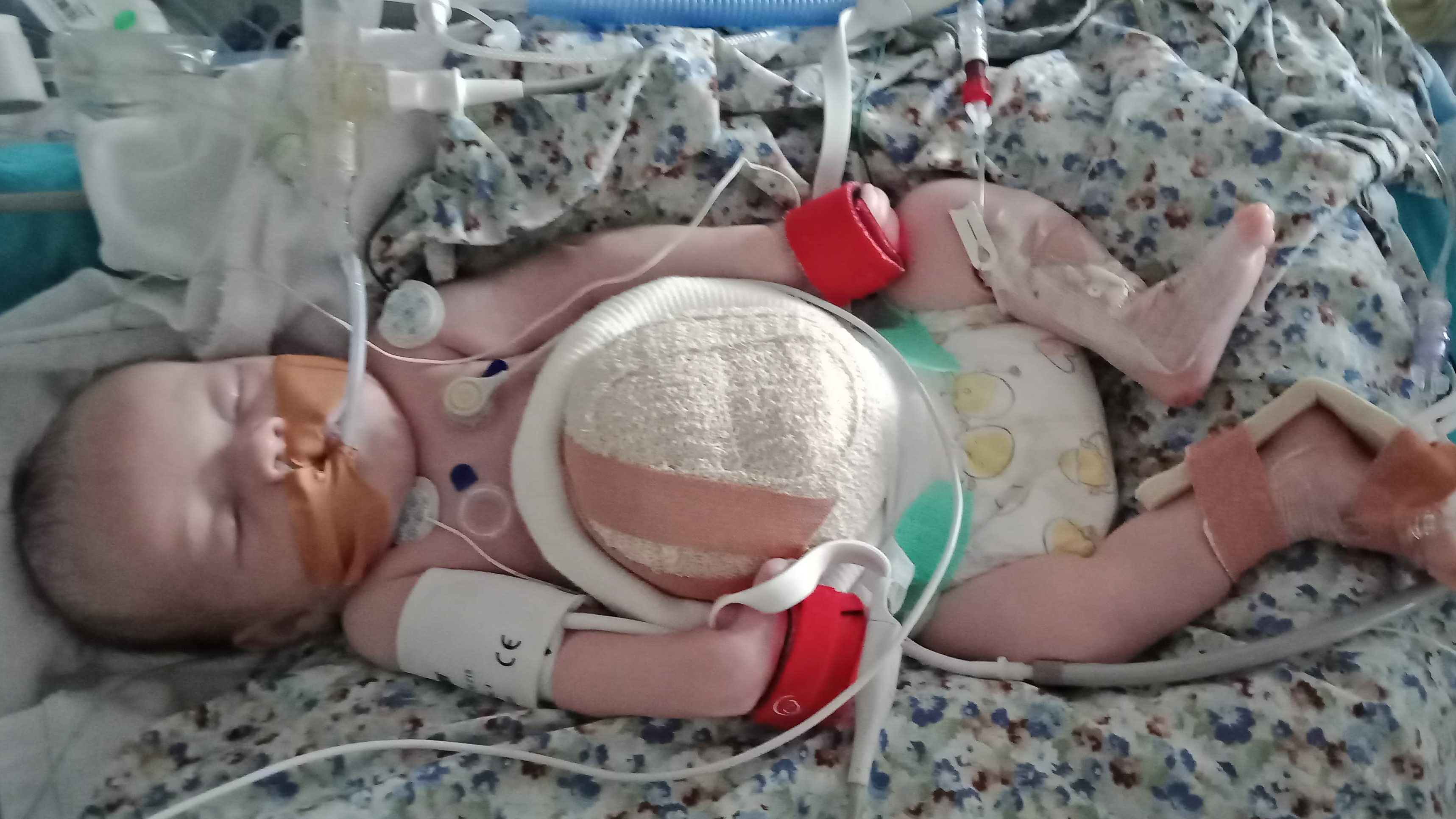 "I haven't slept in my own bed for over year," she said.

"One of the best things is you're in there with other family members who are going through their own thing."

The family has even been able to enjoy special moments at the House, which is just steps from the hospital.

"The first time we were able to sit on a lounge together, and we put him on our bed," she said.

Now they're working to try and get things in place so they can make more family memories in their own home in Gwandalan, NSW. A spokeswoman for Ronald McDonald House said the family is one of their longest residents.

"For a family like Amanda's being able to stay at Ronald McDonald House Randwick is both a financial and emotional relief," she said.

"We are always so happy and excited for a family when they get to go home, but sad at the same time."

You can find out ways to support Ronald McDonald house here.