It was one of the videos that went viral during 2020’s first COVID-19 lockdown, cheering everyone up as they sat at home: a dolphin swimming close to the surface in what was purported to be a Venetian canal.

It was one of the videos that went viral during 2020's first COVID-19 lockdown, cheering everyone up as they sat at home: a dolphin swimming close to the surface in what was purported to be a Venetian canal.

It was fake of course - it turned out to have been shot near the port in Cagliari, on the island of Sardinia.

But on Monday, two dolphins really did make a day trip to Venice. 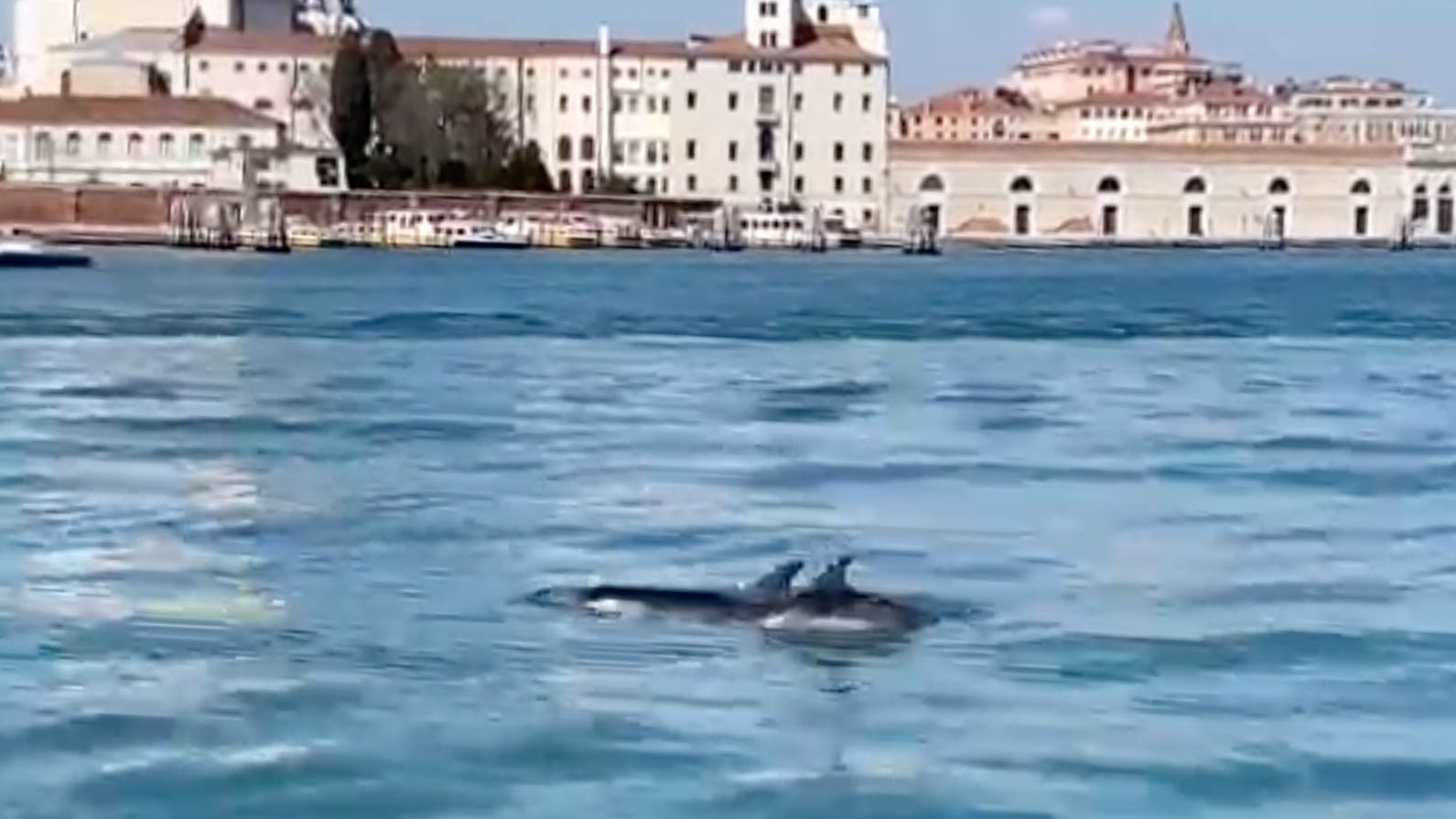 They took a trip up the famous Grand Canal, before swimming over to Giudecca island, where they saw no fewer than two churches by Renaissance architect Andrea Palladio, before returning home to the Adriatic Sea.

Their visit came when the city is in another lockdown as Italy battles a third wave of COVID-19.

And while they were in danger during their time in the city, it is believed the dolphins made it safely out.

The pair of striped dolphins - thought to be an adult and a juvenile, probably a mother and child - were first spotted around 6am by Marco Busetto, co-owner of drainage company Eredi Busetto Giuseppe, in the Giudecca Canal, a wide waterway separating the long island of Giudecca from the historic centre of Venice. He alerted the authorities. 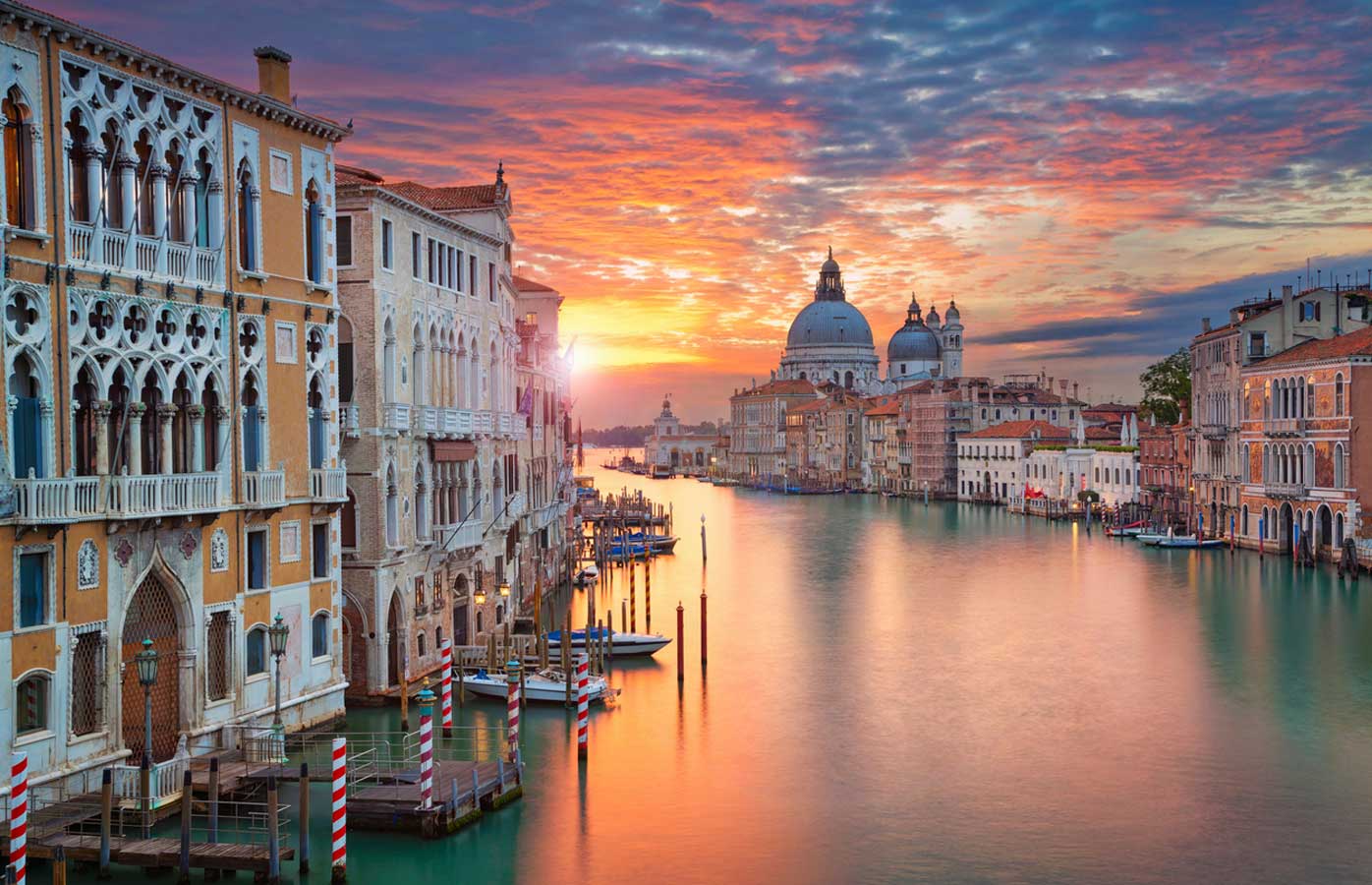 An hour later they appeared at the mouth of the Grand Canal, swimming up the iconic waterway towards the famous Salute church, where the Busetto team - by now parked up to start work - clocked them once more.

"It really was a lovely surprise - something unique and special, to see them and to think how close they had got to the Grand Canal," Luca Folin, who works for the firm and shot a video which swiftly went viral, told CNN.

"But they were also in a lot of danger because of all the boats going back and forth, which could have injured them with their propellers."

The group tried to halt traffic while waiting for the police to arrive.

In the meantime, the authorities called in the experts - a team from CERT, or Cetacean strandings Emergency Response Team, from the nearby University of Padua.

They caught up with the dolphins back in the Giudecca Canal, between the churches of San Giorgio Maggiore and Zitelle, grand marble-clad churches designed by Palladio, which enjoy eye-popping views over the Basin of St Mark's, and St Mark's Square.

"The traffic was intense, and we realised the dolphins were completely disorientated, swimming around in all directions, mostly because they were scared," Guido Pietroluongo from the group told CNN.

"Dolphins mostly orientate themselves by sound, but here, both sides of the canal had walls and there were boats all around. The authorities said they had been stuck there for two hours, swimming round and round."

And so to the rescue. The CERT team - led by Professor Sandro Mazzariol - coordinated nine boats of the Venice authorities into a chain, trying to steer the animals towards the Lido, Venice's long strip of beach, and a point where the Venetian lagoon meets the Adriatic Sea. It took two and a half hours. 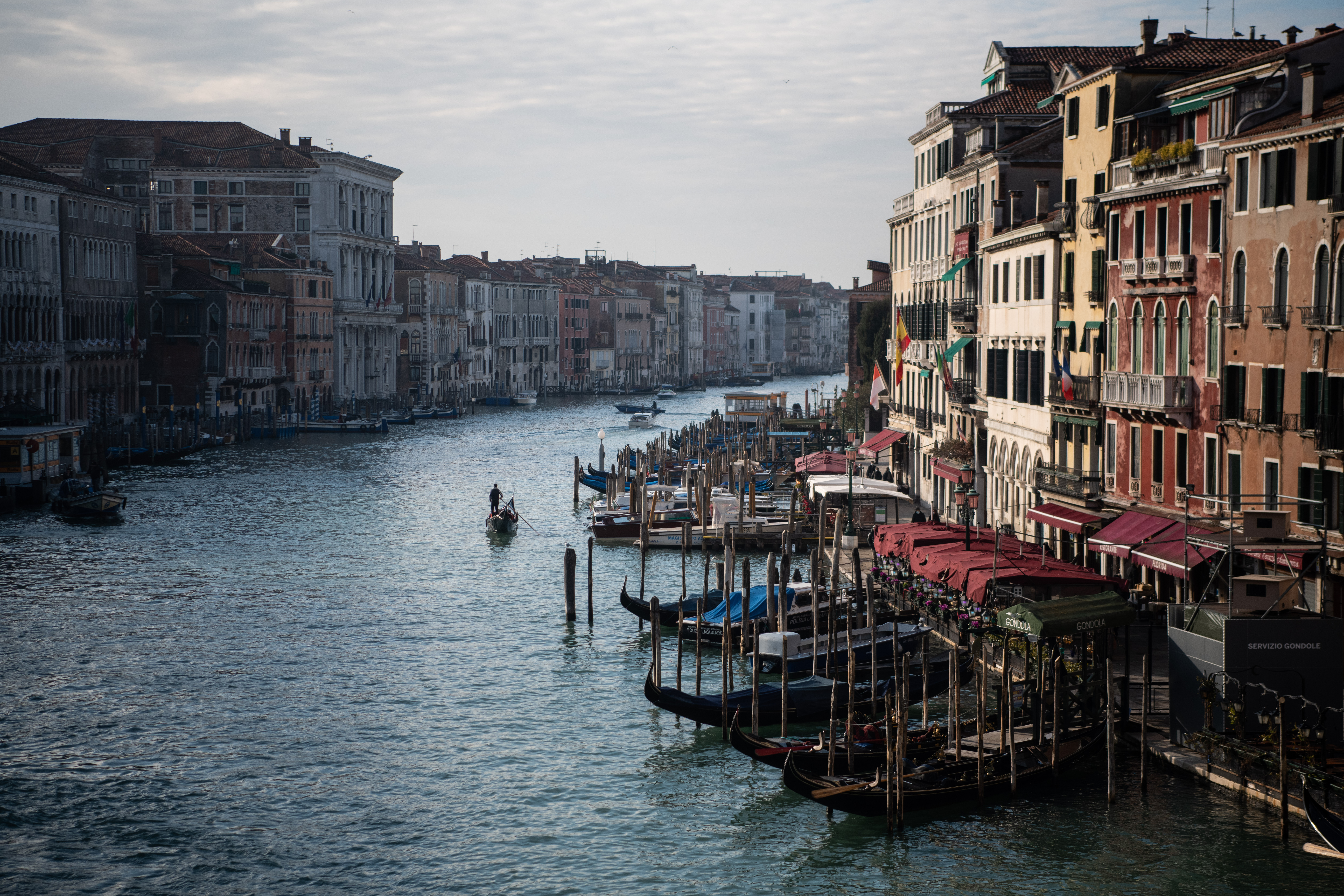 "Time and time again a ferry would cut through the chain so the dolphins would get lost again," says Pietroluongo.

Eventually, with other traffic redirected, the "chain" worked, and the dolphins turned their backs on St Mark's Square, towards the Lido.

"We realised the animals were at the safest point and wanted to see what they would do," says Pietroluongo.

"We sighted them three times and then lost them completely. They hadn't gone back towards the Grand Canal, so hopefully they took the right direction."

It's believed they made it safely back to the Adriatic.

The CERT team were on alert to be called back Tuesday, but there have been no sightings.

"Hopefully they're free in their environment, now," he says.

Striped dolphins - as the CERT team believe them to be, having watched back the footage - are a rare sighting in the northern Adriatic.

Deepwater mammals, they are usually found in the Tyrrhenian and Ionian seas, and the southern half of the Adriatic, says Pietroluongo.

What's more, they usually swim in pods of up to 100, not pairs, and stay far away from the coastline. The last time one was seen in the Venice lagoon was four years ago; bottlenose dolphins are seen more regularly. 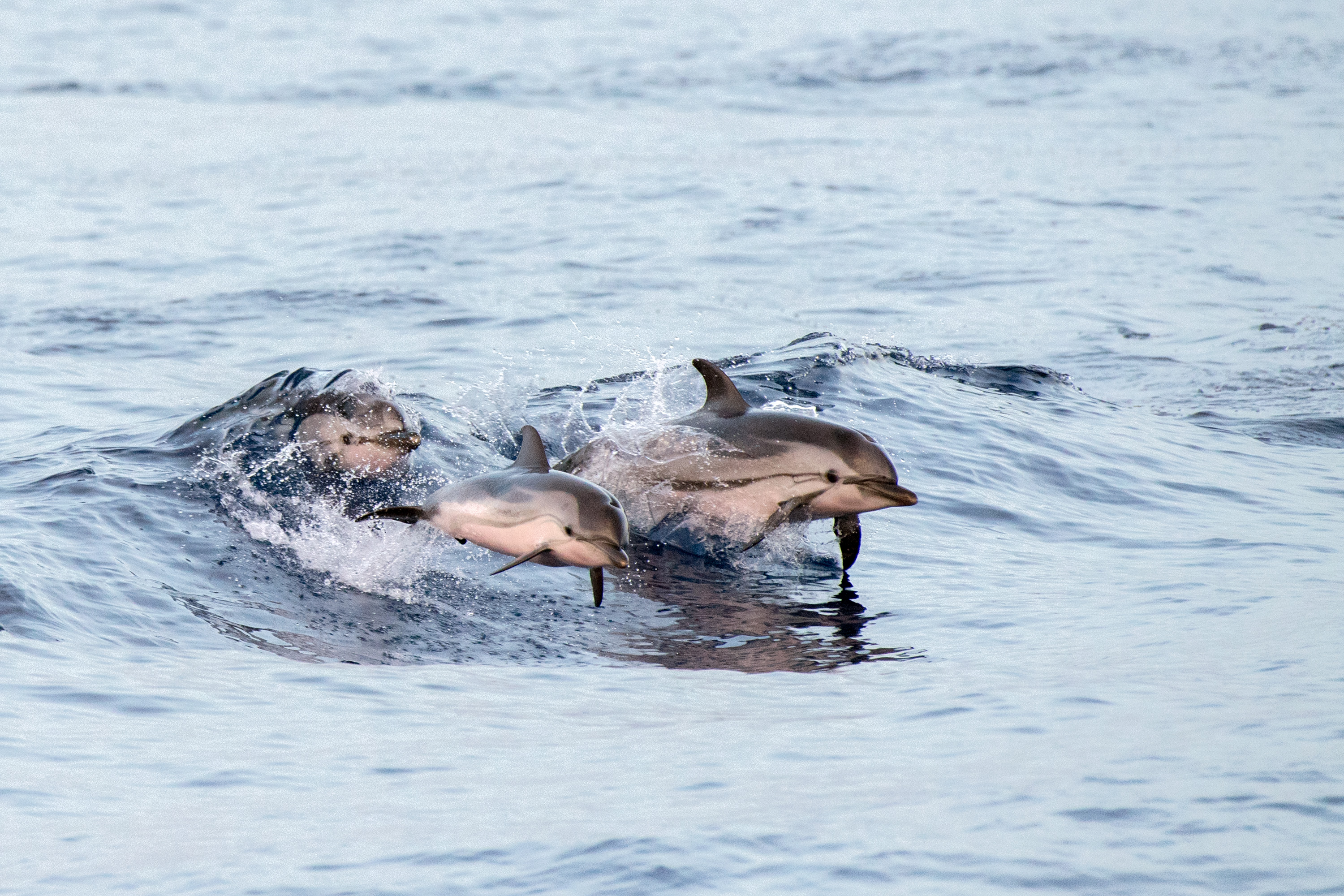 The group think that this pair could have lost their way while looking for food.

Pietroluongo called the sighting "joyous." Meanwhile, Luca Folin, who shot the video of the creatures in the Grand Canal, called it a "beautiful and rare moment... at a sad time."

"I uploaded it to social media without thinking it'd go around the world," he says.

"To be honest, I posted it to give a nice greeting to my fellow citizens in such a sad year - but having the video go viral is nice because it means I've made others smile."