The dolphin was first spotted early this morning at the River Torrens outlet at West Beach.

A dolphin stranded in a river outlet in Adelaide's west is putting on a show for bewildered locals.

The dolphin was first spotted early this morning at the River Torrens outlet at West Beach.

Since then, more and more people have gathered to catch a glimpse at the mammal, who appears to be doing "tricks" for the spectators. 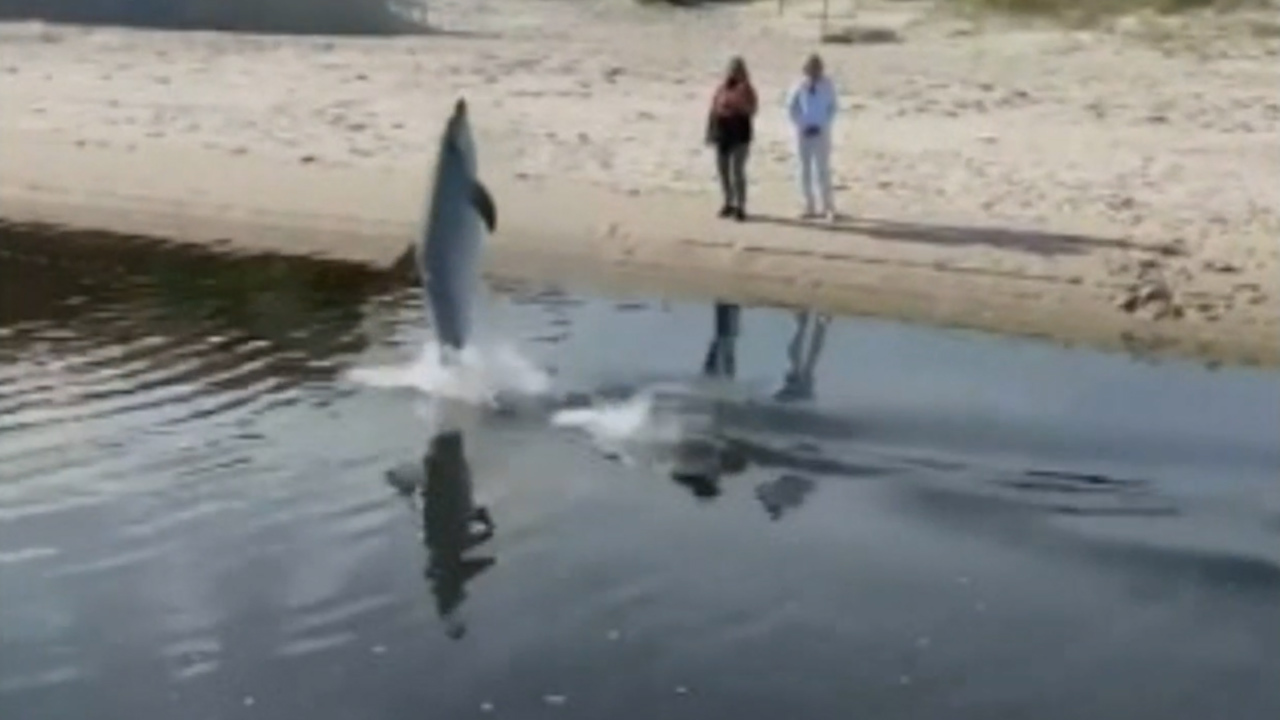 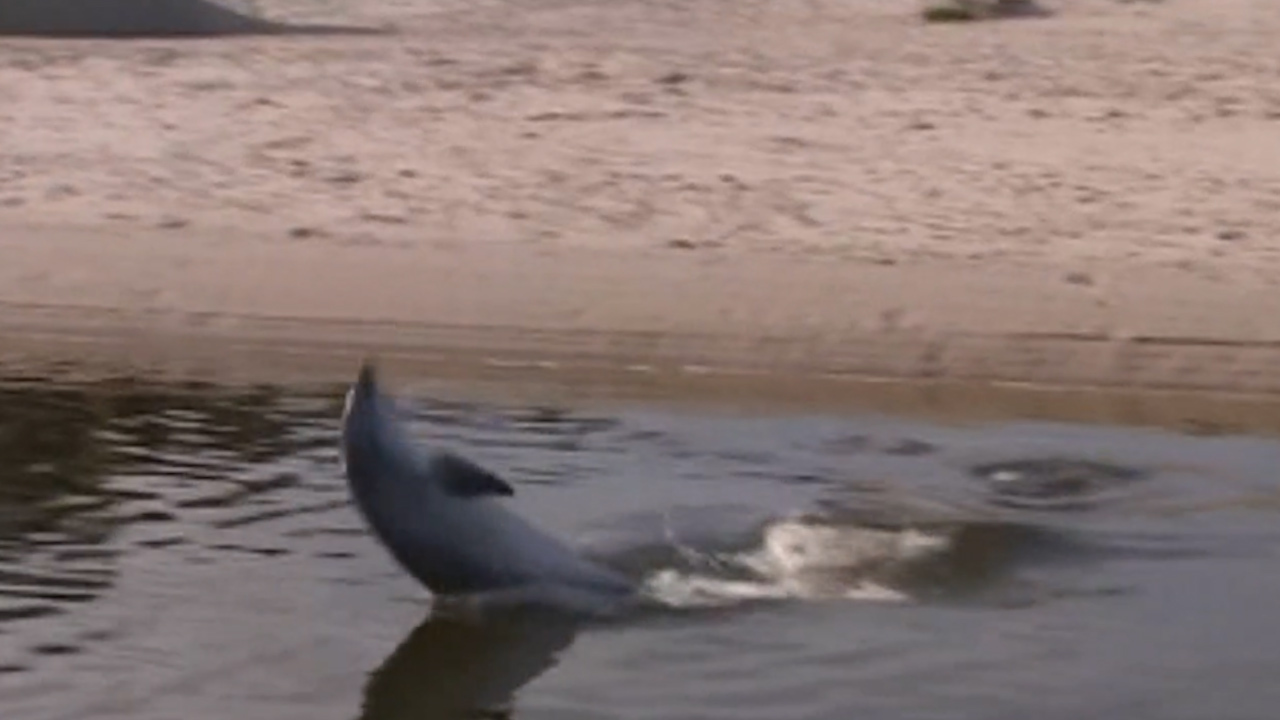 According to the Australian Government Department of Agriculture, Water and Environment, the dolphin may have been following a school of fish into the shallow waters and became stuck when the tide changed.

While the it appears to be in good spirits, people are advised not to approach it.

SA National parks and Wildlife Service has been called and are working on helping get it back out to sea.