A man from Sydney’s northern beaches has been fined $1320 for allegedly allowing his dog to attack an Australian fur seal at Long Reef.

A man from Sydney's northern beaches has been fined $1320 for allegedly allowing his dog to attack a seal at Long Reef beach.

Photos of the attack posted by Pittwater Online News show a small dog attacking the large seal while off its leash.

The images helped identify the dog's owner - a 47-year-old male from Dee Why.

Australian fur seals are a protected species, with fines of up to $3000 possible for getting too close to the animals. 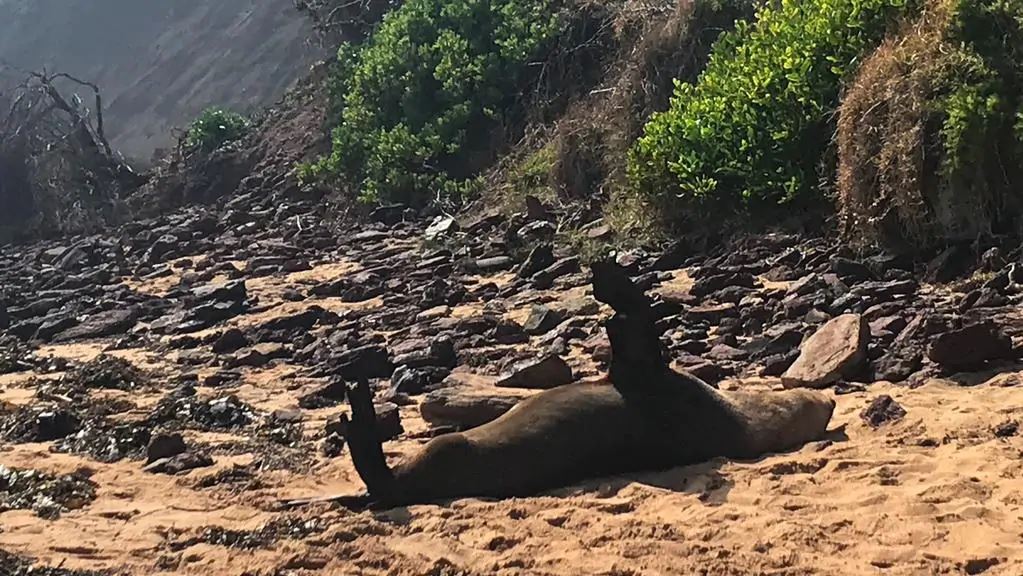 The news outlet reported receiving the images from a reader who claimed the owner of the dog "stayed well back" while his pet "drove the seal into the water".

"We thought the seal would be bitten," the reader told Pittwater Online News.

"We also thought the dog would be killed.

"The owner had no control over his dog and did not approach the seal or the dog."

The Northern Beaches Council said the seal was recovering from the attack.

"Fortunately the seal appears to be doing well, but this could have ended very badly for both the seal and the dog," the Council said in a post on Facebook.

"We are truly fortunate that such a magnificent creature visited our beaches for onlookers to admire from afar," Mr Regan said.

"People must keep at least 40 metres away from these protected animals and dogs are not permitted at all times at this particular stretch of coastline, which is designated a marine reserve.

"In addition to Long Beach Recreation Reserve prohibiting dogs, protections are in place under NSW law for the protection of all seals."

The dog-owner was also issued a caution for not keeping his dog under control on the reserve.

"The National Parks and Wildlife Service (NPWS) is also investigating as people getting closer than 40 metres to seals on land can be fined up to $3300," NPWS Manager Sydney North Chad Weston said.