In the crystal clear waters of the Bahamas one diver is doing what most people would baulk at — she’s approaching wild sharks, sticking her arm down their mouths and removing hooks embedded there.

In the crystal clear waters of the Bahamas one diver is doing what most people would baulk at — she's approaching wild sharks, sticking her arm down their mouths and removing embedded hooks.

Cristina Zenato had been diving in the chain of islands, off Cuba, for a couple of years and has always been fascinated by the ocean.

After seeing sharks in visible distress she told 9news.com.au she decided to do something. 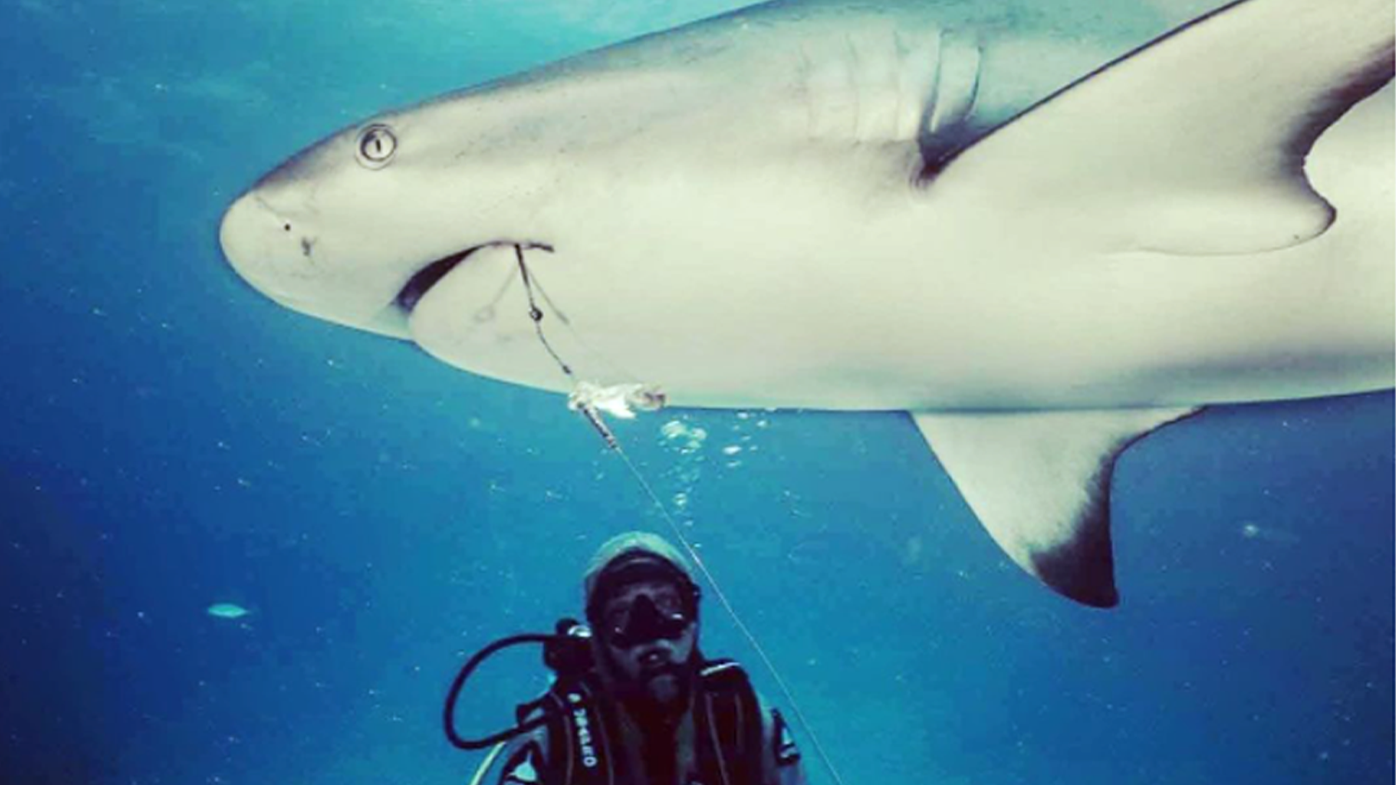 "(They'd have) swollen jaws, or I watched them slam themselves in the sand trying to remove it," she said, adding it was a natural progression to start removing the hooks.

"It's the same way I would remove a thorn out of my dog's paw."

Obviously, don't try this at home.

It was the removal of a hook from a Caribbean reef shark called "Foggy Eye" that still sticks with Ms Zenato. 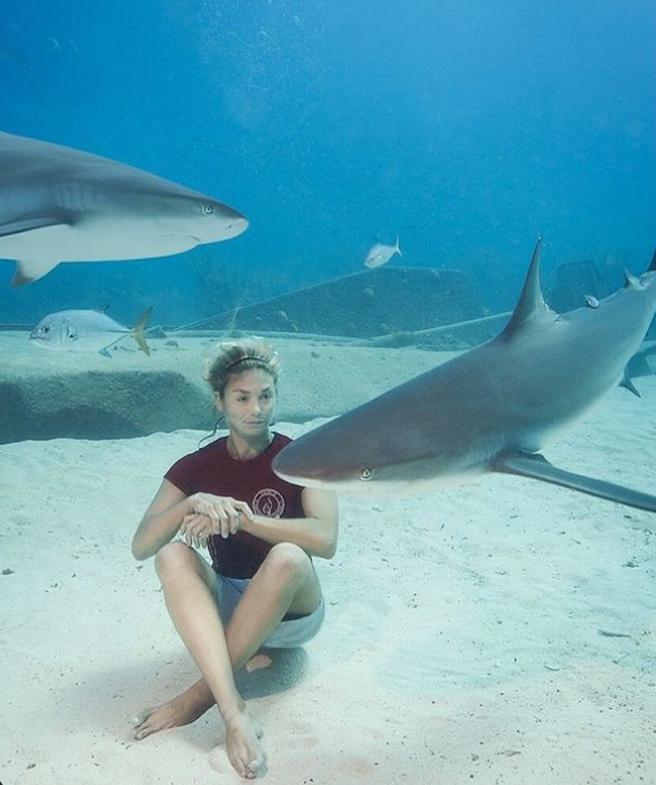 "She never liked to be touched, she'd never approach," she said.

"One day she showed up with a hook on the side and as she was swimming by I grabbed it and it came out easily.

"Three days later she showed up with another. I couldn't see the hook I could just see the lure coming out of her mouth.

"I started working with her and after a 30 minute dive I literally shoved my arm down her mouth up to the elbow and pulled this hook out.

"From that day on she always likes to be patted. She will come lean into me, come into my lap and allow me to pat her.

"It was really a 180 degree behavioural change."

Ms Zenato has formed such a close bond with the "smart" animals she claims they actually started seeking her out for help. 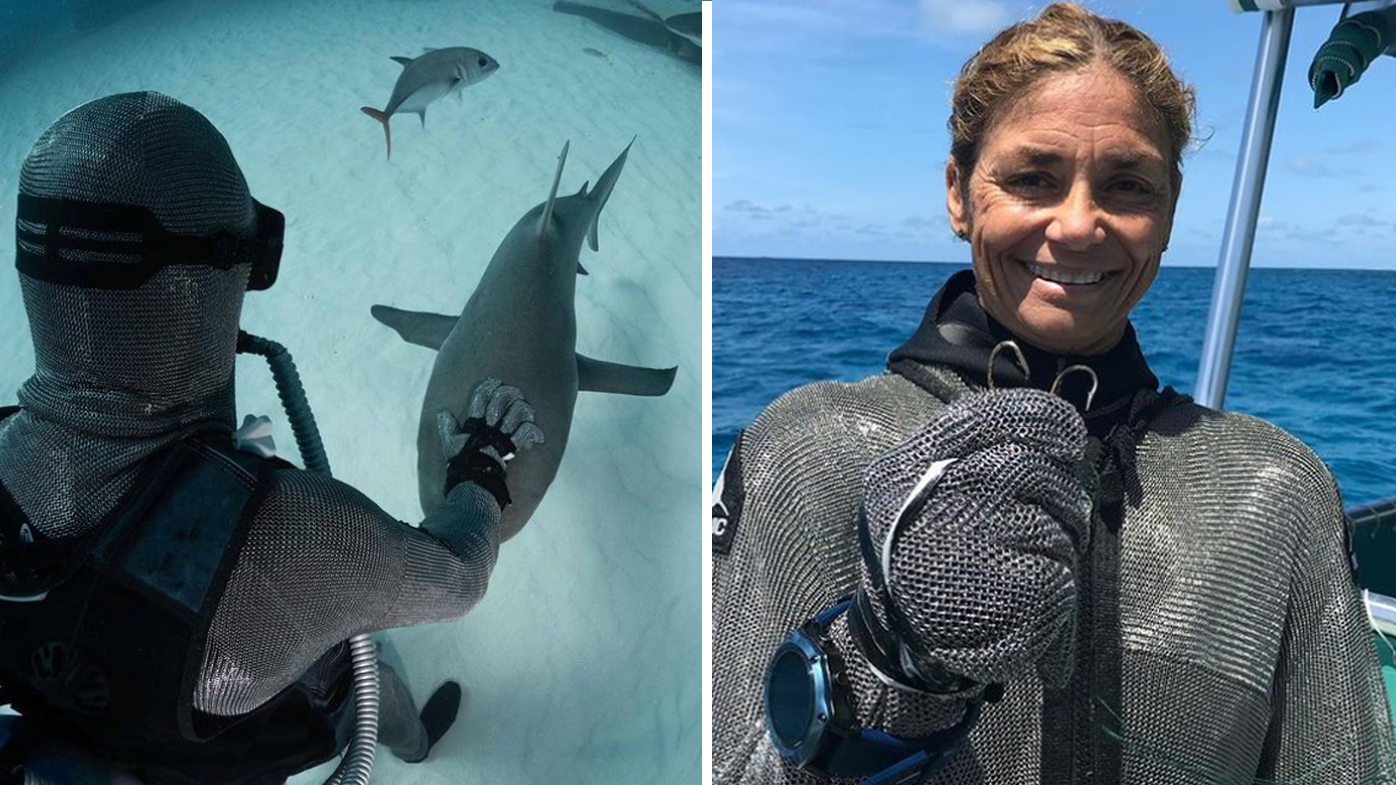 While the diver wishes she could help all species, she predominantly performs removals on Caribbean reef sharks and nurse sharks.

She explained that the size of larger species, such as tiger sharks and bull sharks, makes removals near-impossible.

"They're just too big. Size does matter in this case," she said.

"If a tiger just tries to move away from me it could actually knock me off by a couple of feet.

"Unless I was extremely comfortable with a specific animal I wouldn't go around trying to remove hooks."

'The deadliest form of plastic pollution'

Australia's scientific research agency CSIRO estimates that more than a quarter of the world's fishing lines are lost every year.

READ MORE: Plastic pollution could be working its way up the food chain 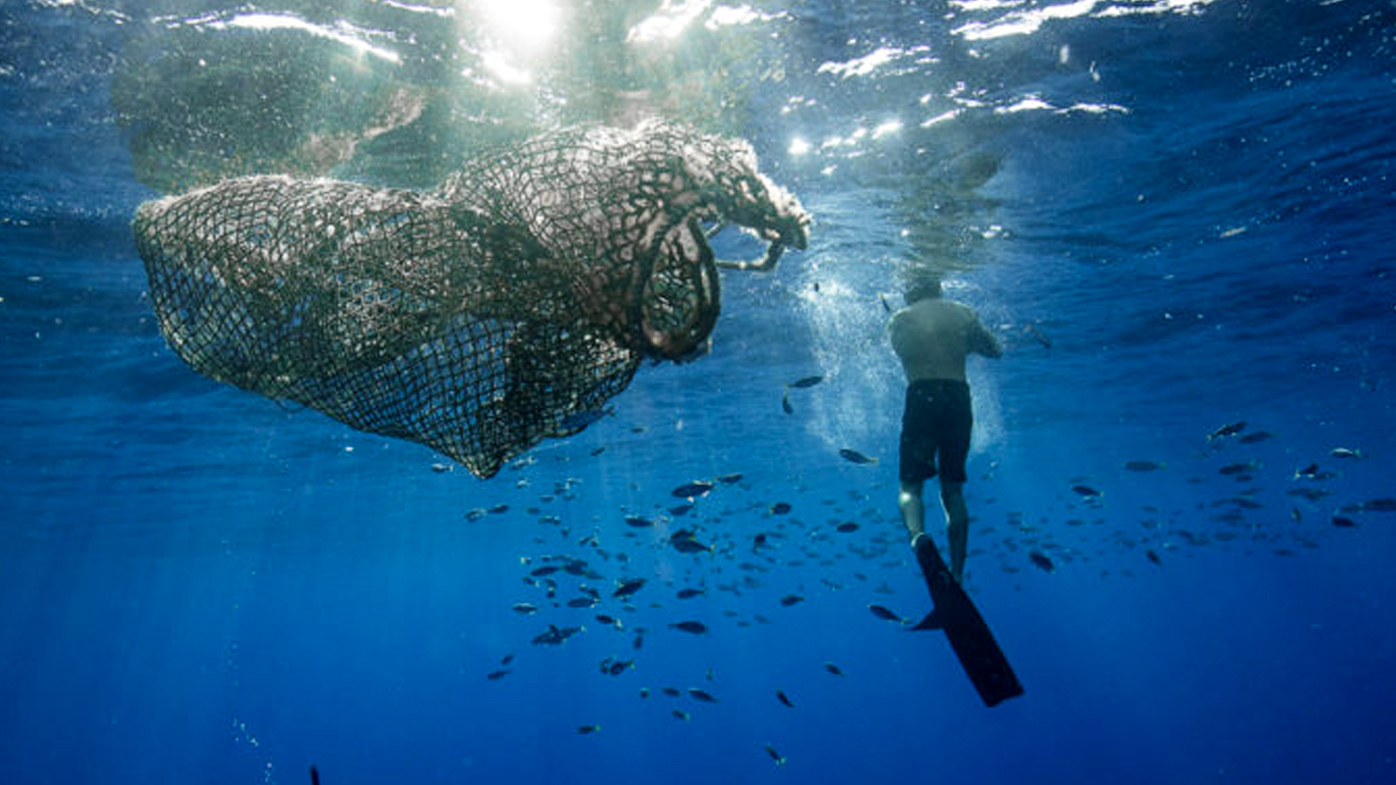 "The study estimates that six per cent of all fishing nets, nine per cent of all traps, and 29 per cent of all lines are lost or discarded into our oceans each year," Kelsey Richardson, a PhD student from CSIRO's Marine Debris Team, who led the study, said in a statement.

"We found that bad weather, gear becoming ensnared on the seafloor, and gear interfering with other gear types are the most common reasons for commercial fishing gear being lost."

Discarded fishing gear is the deadliest form of marine plastic pollution as it leads to death by exhaustion or suffocation. 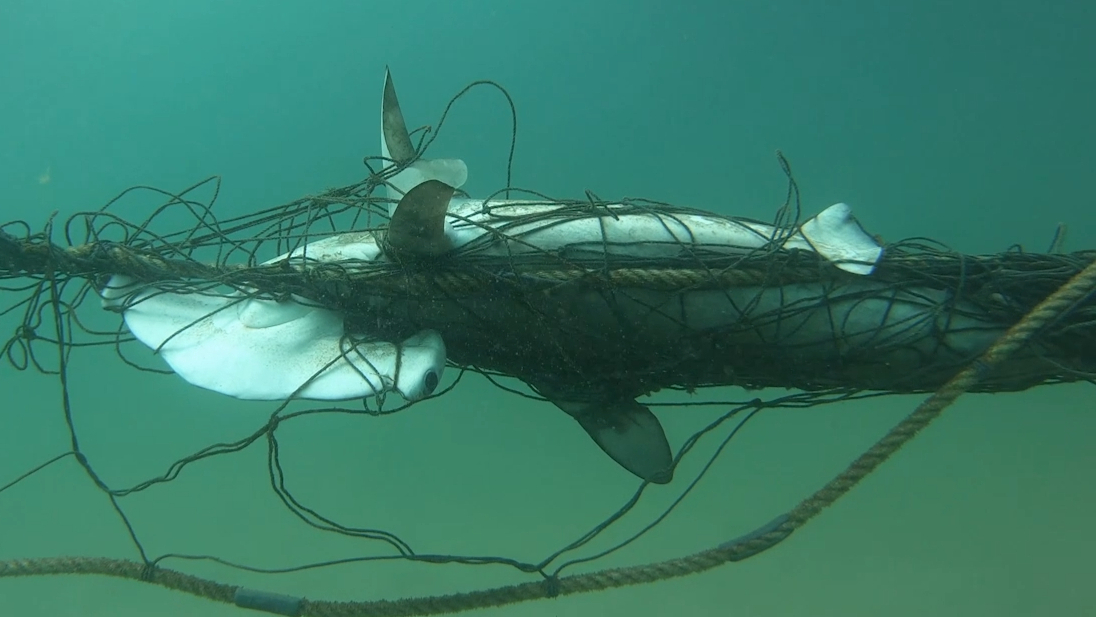 "Discarded nets, lines, and ropes now make up about 46 per cent of the Great Pacific Garbage Patch," the World Wildlife Fund (WWF) states.

Once in the ocean, fishing gear can take hundreds of years to breakdown.