A video shows the coronavirus infecting the lungs of a man who had been asymptomatic a few days earlier.

A video shows the coronavirus infecting the lungs of a man who had been asymptomatic a few days earlier.

Now, the patient has Covid-19 and his lungs are failing to function properly, said Dr. Keith Mortman, the chief of thoracic surgery at George Washington University Hospital.

The hospital recently released a 3D video of the coronavirus patient's lungs.

The imagery shows extensive damage to the lungs of a generally healthy 59-year-old male with high blood pressure, Mortman said. Since becoming seriously ill, the patient requires a ventilator to help him breathe, but even on the highest setting, it's not enough. He also needs another machine that circulates and then oxygenates his blood, Mortman said.

"This is not a 70, 80-year-old immunosuppressed, diabetic patient," Mortman said. "Other than high blood pressure, he has no other significant medical issues. This is a guy who's minding his own business and gets it ... If we were to repeat the 360VR images now, that is one week later, there is a chance that the infection and inflammatory process could be worse." 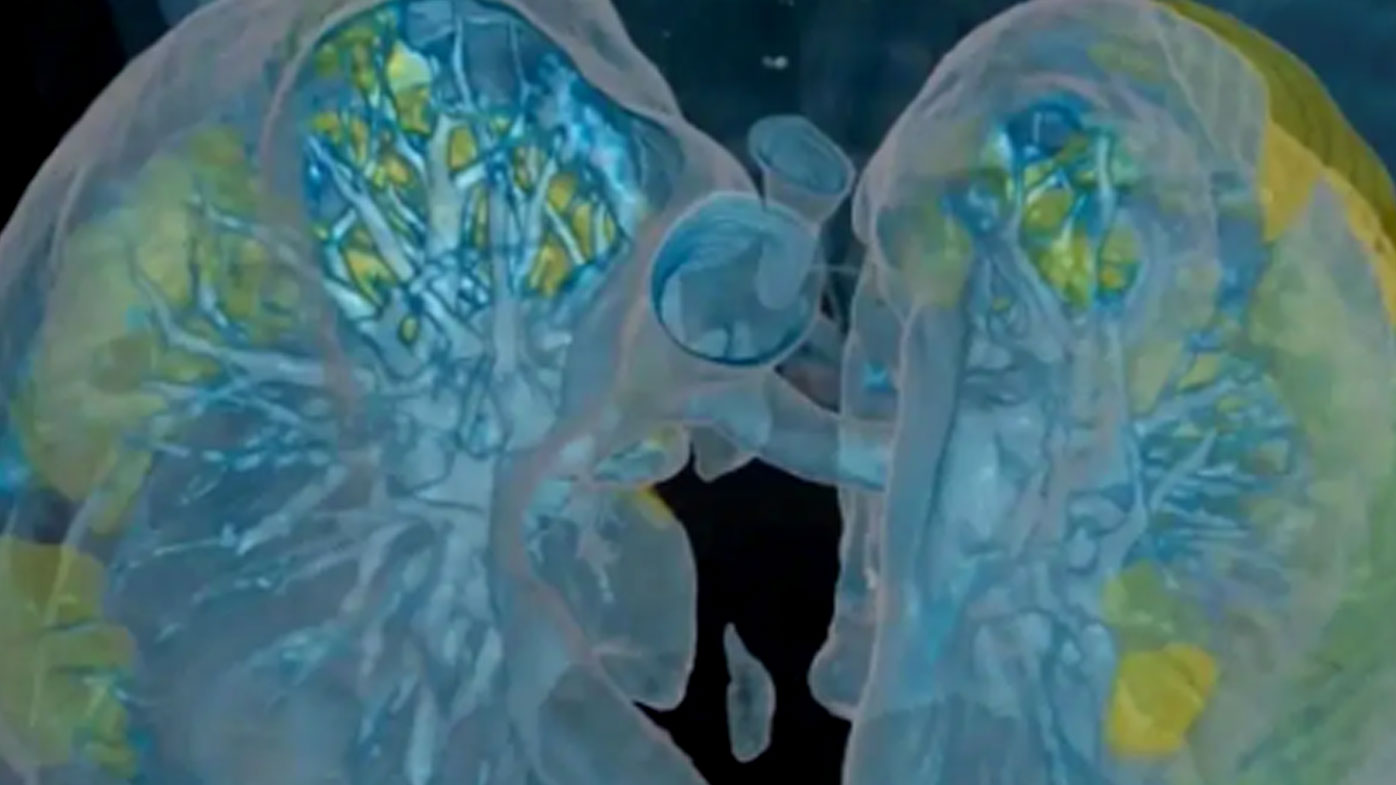 Areas marked in yellow on the video represent infected and inflamed parts of the lung, Mortman said. When the lungs encounter a viral infection, the organ will start to seal the virus off.

From the scan, it is clear that the damage isn't localised to a single area, but instead covers massive swaths of both lungs, showing how rapidly and aggressively the infection can take hold, even in younger patients. A patient with healthy lungs would have no yellow on the scan, he said.

The patient remains in critical condition in the ICU.

"For these patients who essentially present in progressive respiratory failure, the damage to the lungs is rapid and widespread (as evidenced in the VR video)," Mortman said in an email.

"Unfortunately, once damaged to this degree, the lungs can take a long time to heal. For approximately 2-4% (depending on which numbers you believe) of patients with Covid-19, the damage is irreversible and they will succumb to the disease."

The coronavirus is primarily respiratory in nature. It "gets into the mucus membranes, and then it's in the lung. The way the body tries to control that is with inflammation," Mortman said.

The yellow marks both infection and inflammation. "So you get this pretty strong inflammatory process in the lungs in the body's attempt to control the infection," Mortman said.

Inflammation prevents the lungs from being able to oxygenate the blood and to remove carbon dioxide. That would cause a patient to gasp, or inhale a lot of air to balance the oxygen and carbon dioxide levels. 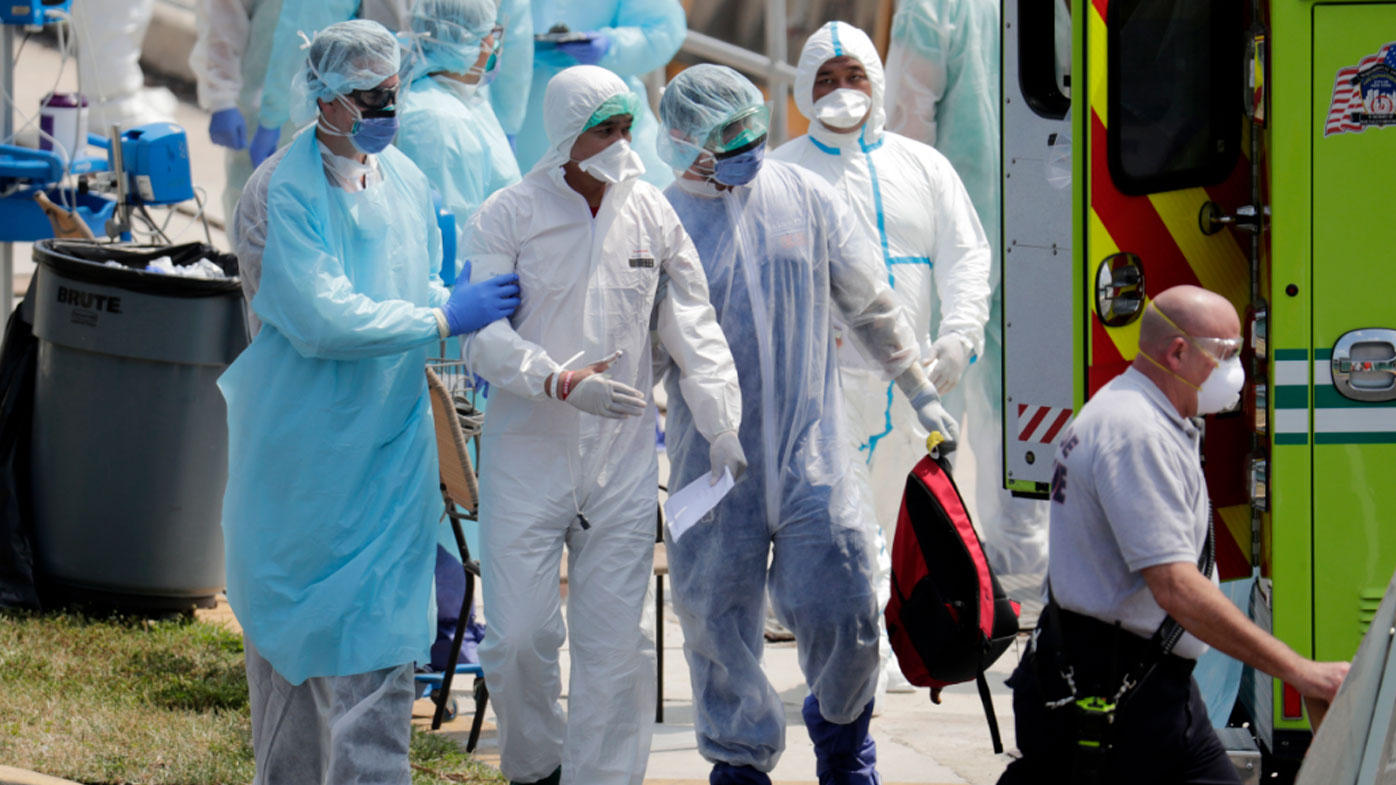 The images suggest that the words to describe common symptoms - coughing and shortness of breath - can't really capture the impact of the virus on the body.In some people,

Mortman said, the damage will be irreversible - making it imperative that Americans heed advice on social distancing and self-isolation."I want people to see this and understand what this can do," Mortman said.

"People need to take this seriously."