Many dinosaurs had distinctive bony frills around their necks – the best-known being the distinctive Triceratops.

Many dinosaurs had distinctive bony frills around their necks - the best-known being the distinctive Triceratops.

It's not a feature found in living animals today, and paleontologists have long debated what the function was of the diverse array of frills and horns in this family of dinosaurs, called ceratopsians.

The large frill that skirts the skull of Protoceratops dinosaurs was more likely used as a signal to prospective mates - rather than for defence or cooling their bodies, a new study has suggested. 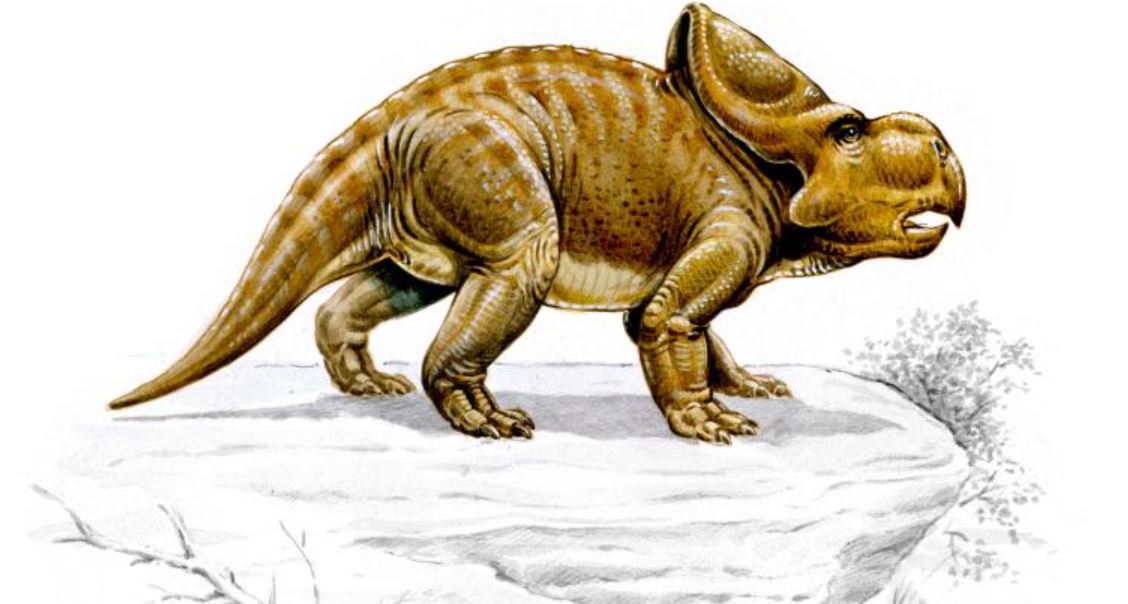 These sheep-size dinosaurs lived around 70 million to 74 million years ago in what is now Mongolia's Gobi Desert.

Three-dimensional analysis of 30 complete Protoceratops skulls - the largest set of 3D data ever for any one dinosaur - showed that the frill formed an independent region of the skull that grew much more rapidly than any other region of the head.

Typically a sexual trait will be distinct, vary more and grow more quickly when compared with other bodily features, the study authors said, allowing it to evolve without affecting the development or function of other regions.

The idea that certain traits in animals are favoured by the opposite sex and so over time become more elaborate is known as sexual selection.

Think the extraordinary feathers of the male bird of paradise.

In the case of Protoceratops, however, the researchers concluded that both males and females would have sported the distinctive frill and that it wouldn't have varied dramatically between the sexes.

READ MORE: T-rex had a teenage growth spurt - but not all dinosaurs did

READ:  Lockdowns and closures: Everything from today's virus announcements 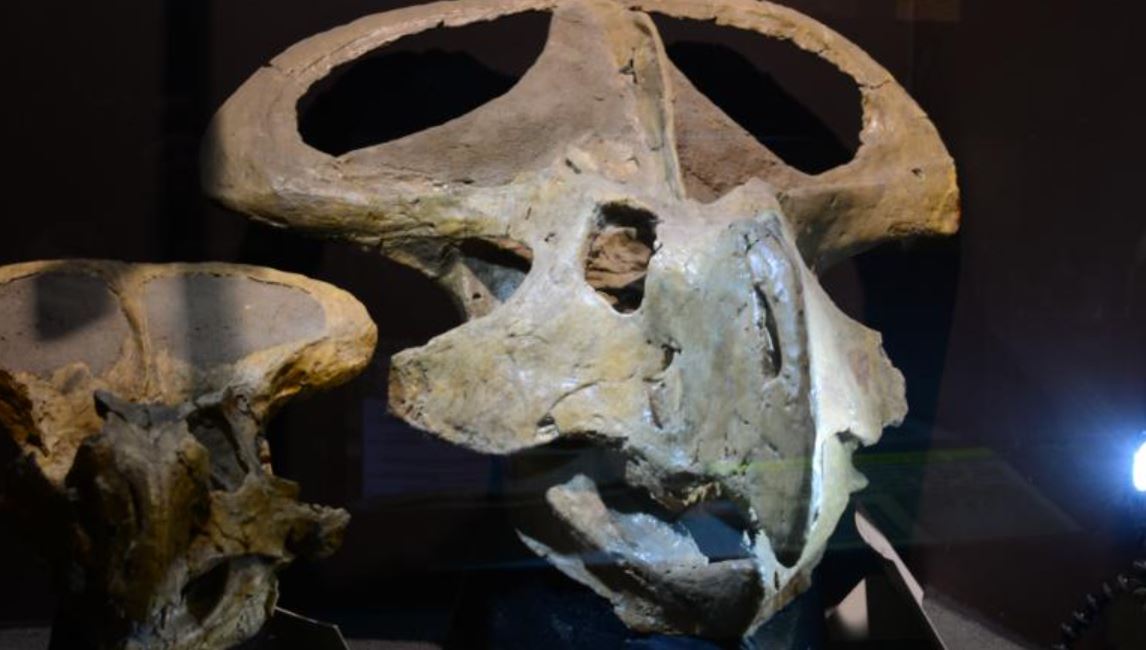 It was possible that male and female Protoceratops could have been different sizes, the scientists said, although this wasn't analysed as part of the study.

Difference in appearance between the sexes - sexual dimorphism - is often a strong indication that a trait has evolved because of sexual selection.

"It's not possible to tell sexes apart from these fossils. We looked at three-dimensional shape and our focus was on seeing if we could find two separate groupings of shape that might indicate two sexes, and we couldn't," said lead study author Andrew Knapp, a postdoctoral researcher at the Natural History Museum in London, via email.

"That's not to say that there isn't sexual dimorphism, rather that it's likely to be quite subtle and not down to skull shape alone," he added.

"Whatever the frill evolved for it seems to have had an equally important role in both sexes, and the clear correlation of shape with size suggests that it may have evolved as a signal to emphasise body size."

The research was published in the journal Proceedings of the Royal Society B.