An unlicensed driver has been charged after a crash which saw a four-wheel-drive slam into a crowd of people outside a Perth CBD restaurant, killing one man and injuring several others.

An unlicensed driver has been charged after a crash which saw a car slam into a crowd of people outside a Perth CBD restaurant, killing one man and injuring several others.

Police say the 60-year-old male driver was heading south on Pier Street on Friday evening when he sped through a red light and mounted the kerb at the Murray Street intersection, clipping another car and flipping his Land Rover.

The parked car he allegedly hit was pushed into a group of diners outside My Place Bar and Restaurant. 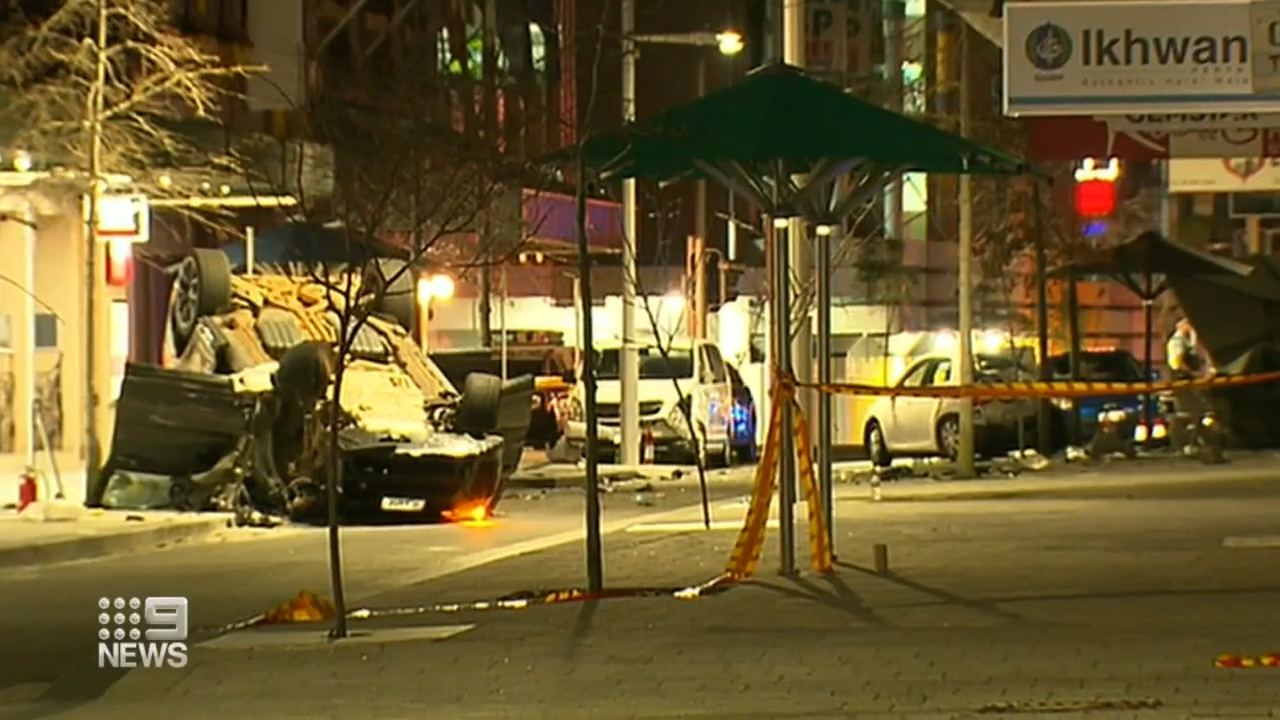 A 71-year-old man died at the scene and a man in his 40s remains in a serious condition at Fiona Stanley Hospital.

Four other men were also taken to hospital with varying injuries.

"It was so shocking and horrific, I was just thrown back across the bar," witness Stephen Willison told 9News.

"I just saw this black SUV spinning towards us and my first instinct in the instance was to just get up out of my chair and just dive out of the way.

"It was horrific, there was people just screaming. One man was yelling 'my leg, my leg'. It was a very traumatic experience."

The driver, a man from WA's Wheatbelt region, was charged with dangerous driving causing death in circumstances of aggravation and no authority to drive.

He appeared before a judge via videolink from his bed at Royal Perth Hospital and remained there on Saturday night under police guard.