Did teens, TikTok users and fans of Korean pop music troll the president of the United States?

Did teens, TikTok users and fans of Korean pop music troll the president of the United States?

For more than a week before Donald Trump's first campaign rally in three months on Saturday in Tulsa, Oklahoma, these tech-savvy groups opposing the president mobilised to reserve tickets for an event they had no intention of attending.

While it's unlikely they were responsible for the low turnout, their antics may have inflated the campaign's expectations for attendance numbers that led to Saturday's disappointing show.

"My 16 year old daughter and her friends in Park City Utah have hundreds of tickets. You have been rolled by America's teens," veteran Republican campaign strategist Steve Schmidt tweeted on Saturday.

The tweet garnered more than 100,000 likes and many responses from people who say they or their kids did the same.

Andrew Bates, a spokesperson for Trump's Democratic opponent, Joe Biden, said the turnout was a sign of weakening voter support.

"Donald Trump has abdicated leadership and it is no surprise that his supporters have responded by abandoning him," he said. 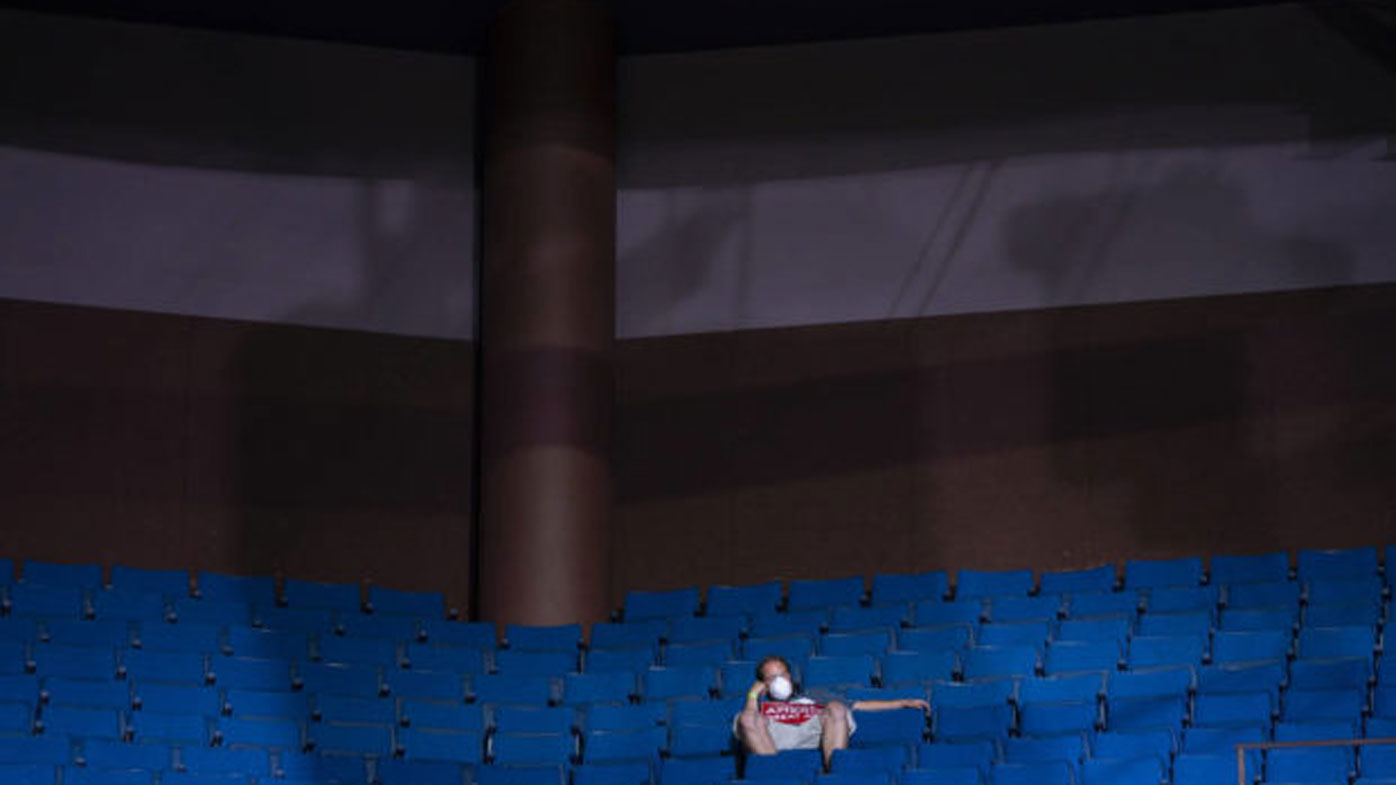 In a statement, the Trump campaign blamed the "fake news media" for "warning people away from the rally" over COVID-19 and protests against racial injustice around the country.

"Leftists and online trolls doing a victory lap, thinking they somehow impacted rally attendance, don't know what they're talking about or how our rallies work," Parscale wrote.

"Reporters who wrote gleefully about TikTok and K-Pop fans — without contacting the campaign for comment — behaved unprofessionally and were willing dupes to the charade."

On midday Sunday, it was possible to sign up to stream a recap of the Tulsa event later in the day through Trump's website. It requested a name, email address and phone number. There was no age verification in the signup process, though the site required a PIN to verify phone numbers.

Inside the 19,000-seat BOK Center in Tulsa, where Trump thundered that "the silent majority is stronger than ever before," numerous seats were empty. 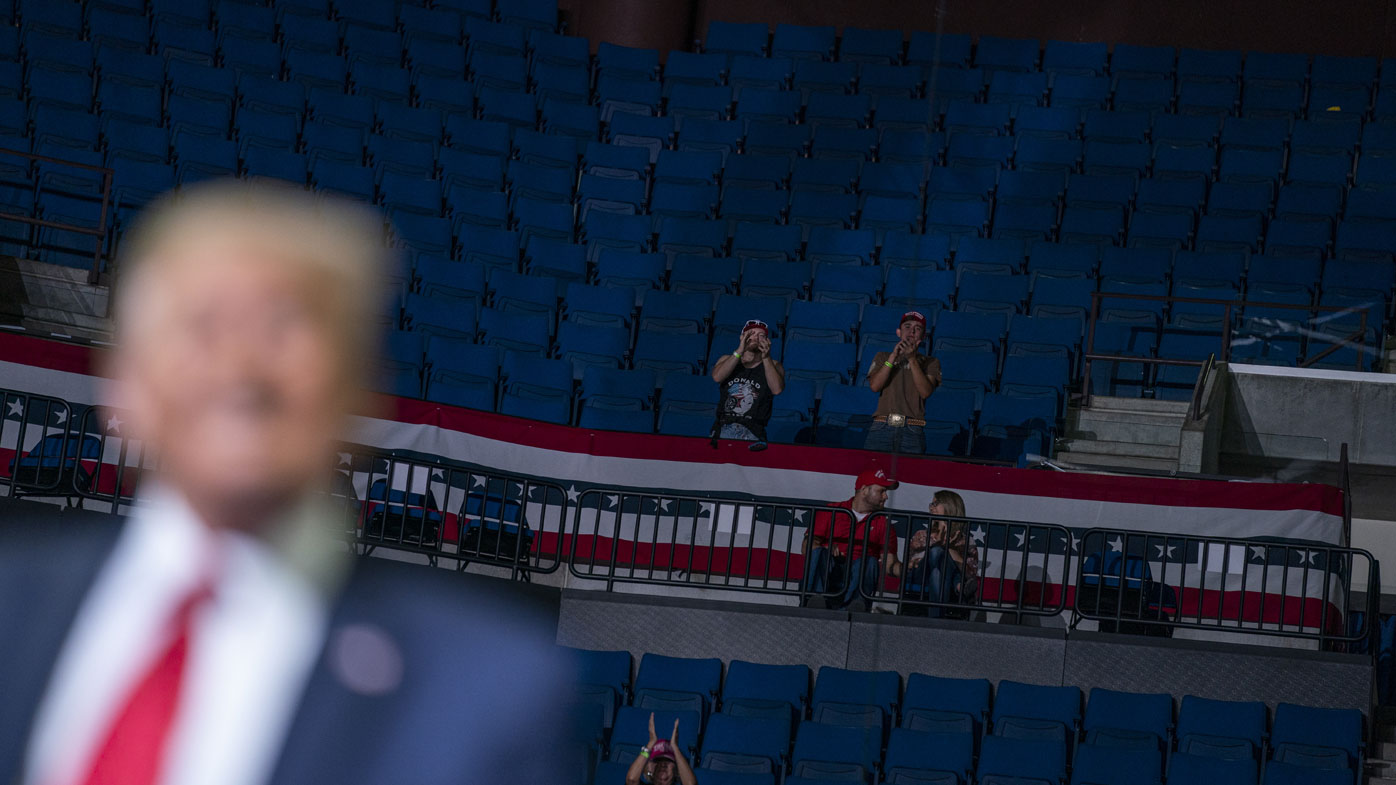 City officials had expected a crowd of 100,000 people or more in downtown Tulsa, but that never materialized.

That said, the rally, which was broadcast on cable, also targeted voters in battleground states such as Pennsylvania, North Carolina and Florida.

Social media users who have followed recent events might not be surprised by the way young people (and some older folks) mobilised to troll the president. They did it not just on TikTok but also on Twitter, Instagram and even Facebook.

K-Pop fans — who have a massive, coordinated online community and a cutting sense of humour — have become an unexpected ally to American Black Lives Matter protesters.

In recent weeks, they've been repurposing their usual platforms and hashtags from boosting their favorite stars to backing the Black Lives Matter movement.

They flooded right-wing hashtags such as "white lives matter" and police apps with short video clips and memes of their K-pop stars.

Many of the early social media messages urging people to sign up for tickets brought up the fact that the rally had originally been scheduled for Friday, June 19, which is Juneteenth, commemorating the end of slavery in the United States.

Tulsa, the location for the rally, was the scene in 1921 of one of the most severe white-on-Black attacks in American history.

Schmidt said he was not surprised. Today's teens, after all, grew up with phones and have "absolutely" mastered them, he said. They are also the first generation to have remote Zoom classes and have a "subversive sense of humor," having come of age in a world of online trolls and memes, Schmidt said. Most of all, he said, "they are aware of what is happening around them."

"Like salmon in the river, they participate politically through the methods and means of their lives," Schmidt added.

That said, the original idea for the mass ticket troll may have come not from a teen but from an Iowa woman. The politics site Iowa Starting Line found that a TikTok video posted on June 11 by Mary Jo Laupp, a 51-year-old grandmother from Fort Dodge, Iowa, suggesting that people book free tickets to "make sure there are empty seats." 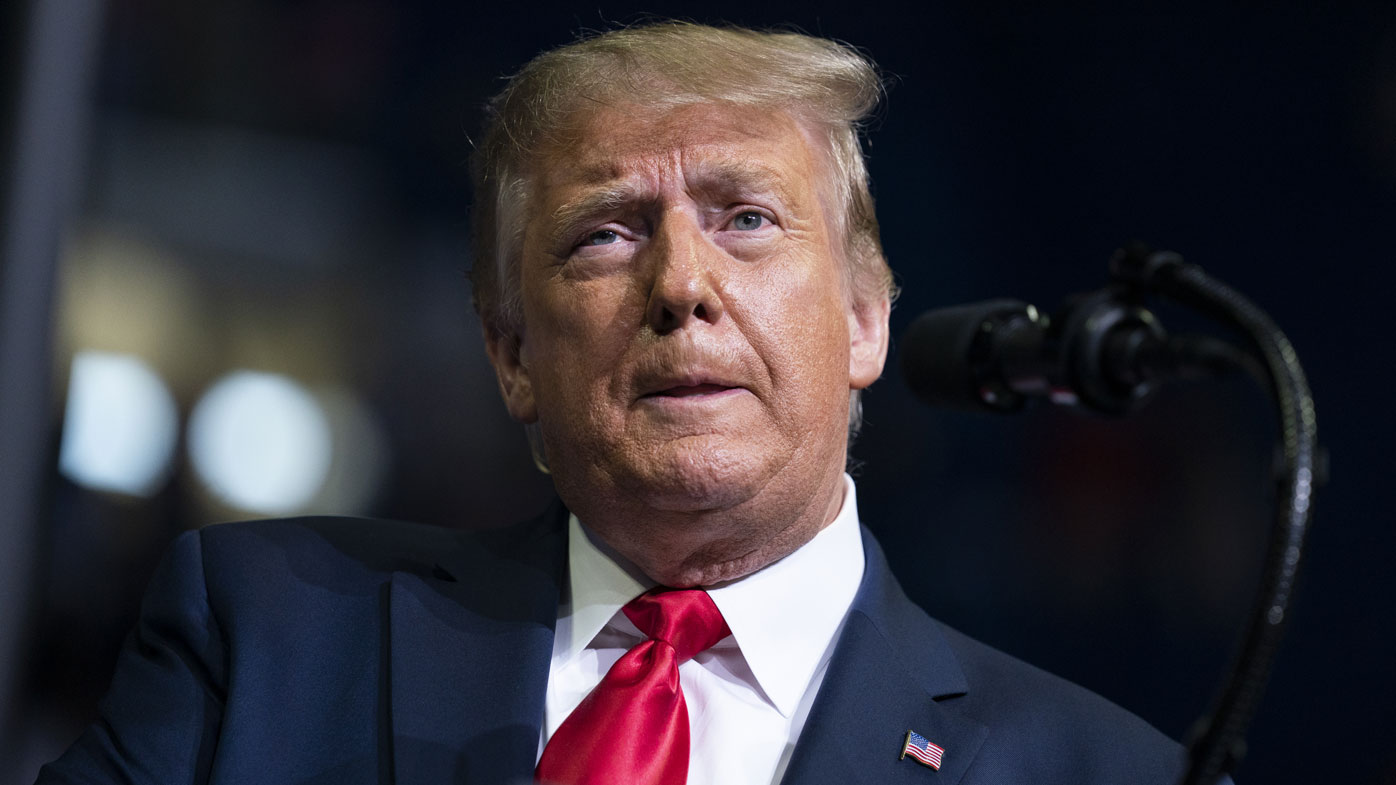 Laupp's video, which also tells viewers how to stop receiving texts from the Trump campaign after they provide their phone number (simply text "STOP"), has had more than 700,000 likes. It was also possible to sign up for the rally using a fake or temporary phone number from Google Voice, for instance.

As Parscale himself pointed out in a June 14 tweet, though, the ticket signups were not simply about getting bodies to the rally.

He called it the "Biggest data haul and rally signup of all time by 10x" — meaning the hundreds of thousands of emails and phone numbers the campaign now has in its possession to use for microtargeting advertisements and to reach potential voters.

Sure, it's possible that many of the emails are fake and that the ticket holders have no intention of voting for Trump in November.

But while it's possible that this "bad data" might prove useless — or even hurt the Trump campaign in some way — experts say there is one clear beneficiary in the end, and that is Facebook.

That's due to the complex, murky ways in which Trump's political advertising machine is tied up with the social media giant. Facebook wants data on people, and whether that is "good" or "bad," it will be used to train its systems.

"No matter who signs up or if they go to a rally, Trump gets data to train retargeting on Facebook.

FB's system will use that data in ways that have nothing to do with Trump," tweeted Georgia Tech communications professor Ian Bogost.

"Might these 'fake' signups mess up the Trump team's targeting data? Maybe it could, to some extent. But the entire system is so vast and incomprehensible, we'll never really know."