In 2012 the artworld was sent into a spin by a group claiming to own an earlier version of Leonardo da Vinci’s masterpiece, the Mona Lisa.

Does the Mona Lisa have a younger twin, with a slightly bigger smile?

In 2012 the artworld was sent into a spin by a group who claimed to own an earlier version of Leonardo da Vinci's masterpiece, the Mona Lisa.

Experts have since debated whether the painting - now known as the 'Earlier Mona Lisa' - is really crafted by the hand of the great master, or just an exceptional copy. 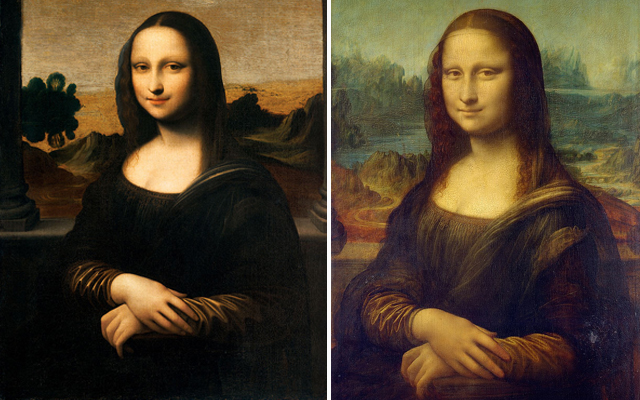 The attribution to Da Vinci has triggered a bitter legal fight over ownership of the painting, which emerged in intriguing circumstances in England in 1917.

Some scientists believe it's possible Leonardo started work on the Earlier Mona Lisa in 1503, a decade earlier than the version which has hung in the Paris Louvre since 1797.

Not much is known about what happened to the Earlier Mona Lisa in the 400 years since its apparent creation in Da Vinci's studio.

But in 1917 a reputable art connoisseur and collector named Hugh Blaker spotted the painting in a Somerset manor house, where it had been hanging for more than a century.

Blaker snapped up the portrait, which mimicked the Louvre Mona Lisa. It became known as the Isleworth Mona Lisa, named after Blaker's studio in West London.

The most obvious difference between the Mona Lisa and the Isleworth version is the age of the portrait subject, now established to be Italian noblewoman Lisa Gherardini.

In the Isleworth, Gherardini is fresh faced and much younger, and the background landscape scenery also differs. Gherardini also has an ever so slightly broader smile. 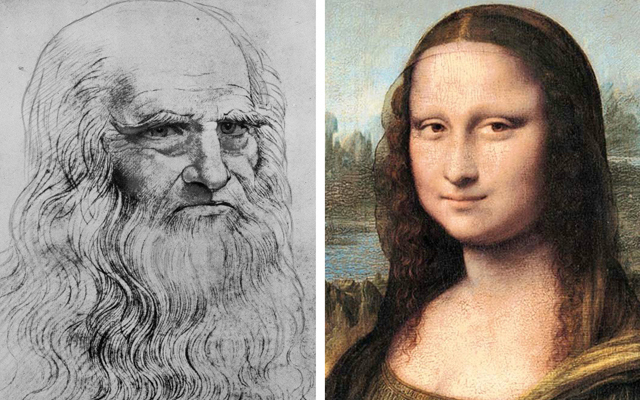 After Blaker's death, the painting was acquired by Henry F. Pulitzer, an eccentric art collector.

Enamoured with the painting, which he believed to be more important than the Mona Liza, Pulitzer produced a 1967 book on his Isleworth version, titled: Where is the Mona Lisa?

The book found Leonardo had indeed painted the Isleworth; a conclusion of considerable financial benefit to Pulitzer and anyone else who owned the painting.

Pulitzer died in 1979 and the painting was passed to his partner, Elizabeth Meyer.

Following Meyer's 2008 death, it was acquired by an international consortium, the Mona Lisa Foundation of Zurich.

In 2012, in a furore of international publicity, the Mona Lisa Foundation released papers and research which claimed Leonardo had painted the second Mona Lisa.

If correct, the painting would be worth many millions. Last year Da Vinci's Salvator Mundi sold for $450 million (AUD $650m) despite concerns over the authenticity and provenance of the piece. 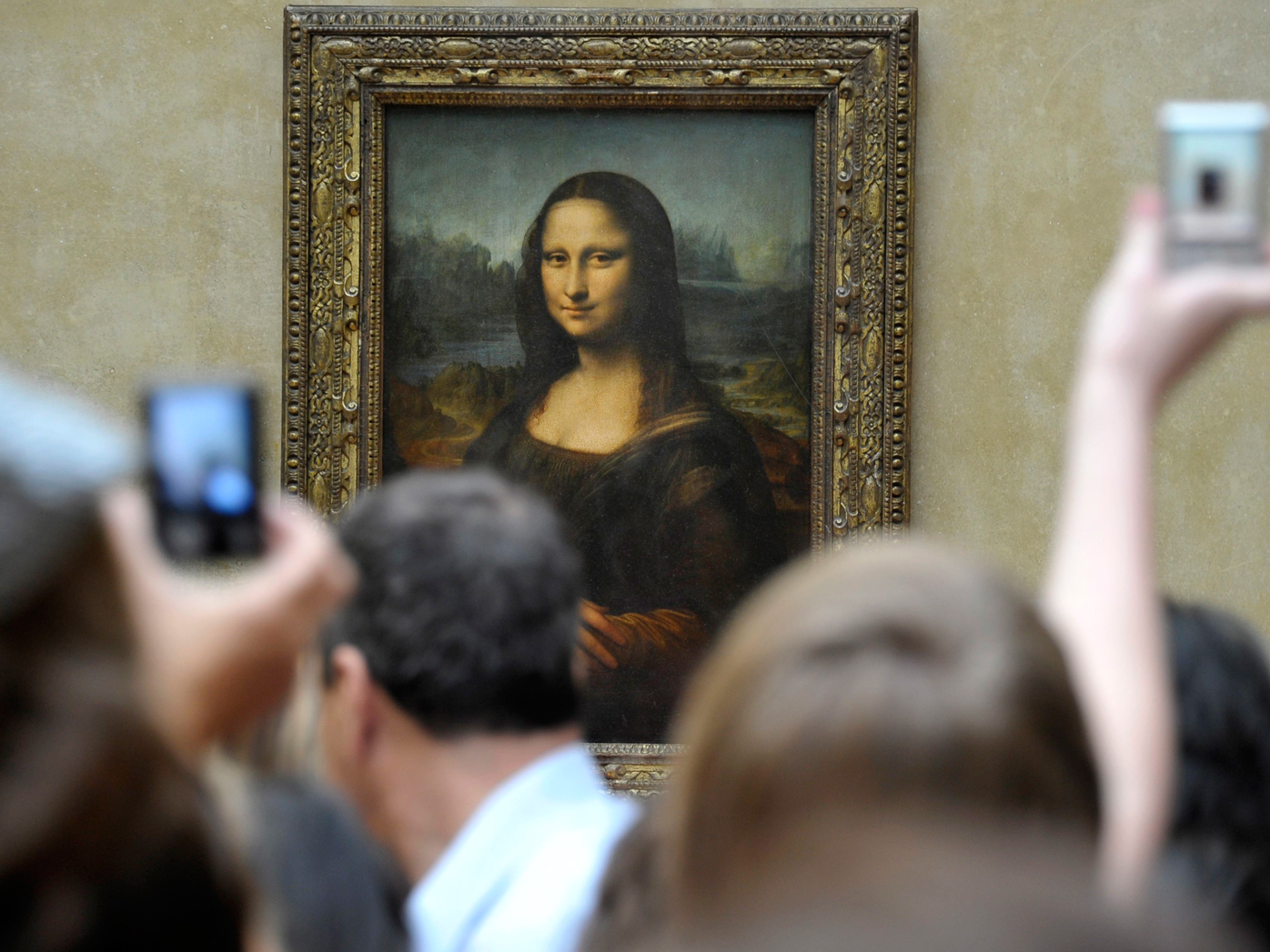 If it's a Leonardo, who owns it?

Englishman Andrew Gilbert believes his family owns 25 per cent of the Earlier Mona Lisa, which was the new name bestowed upon the painting by the Mona Lisa Foundation.

After the dramatic Mona Lisa Foundation announcement, Gilbert claimed Pulitzer sold one of his family members, Leland Gilbert, a quarter stake in the painting in 1964, for £4,000 ($7,500).

He intends to pursue the Mona Lisa Foundation through the courts in Italy.

But experts remain divided over whether the painting is a real Da Vinci.

Jaynie Anderson, a professor of fine arts at the University of Melbourne, told nine.com.au it was unusual the owners of the second Mona Lisa have not had the work analysed in "a major laboratory", such as the Louvre or the National Gallery in London.

"Perhaps the owner is frightened to do that," she said.

"It would be worth exploring the Isleworth Mona Lisa in a good lab with the best experts around."

Prof Anderson pointed out Martin Kemp, one of the world's foremost Leonardo connoisseurs, had been scathing in his judgement of the piece.

Despite the research produced by the Mona Lisa Foundation, Kemp has famously described the Earlier Mona Lisa as a "no-hoper".

"[Kemp] is doubtful of it," Prof Anderson said. "But that isn't to say he could never be wrong."

That Leonardo painted on wood – whereas the Earlier Mona Lisa is on canvas – is another possible red flag.

Many old copies of the Mona Lisa exist, because it was common in Leonardo's time for other artists to duplicate the great paintings.

Leonardo had a number of very talented pupils in his studio, and they would often create copies of the master's work. Sometimes Leonardo would begin a painting and one of his pupils would complete it.

Infrared technology can show how much of a painting can be attributed to the brushstrokes of the great painters, such as Leonardo. 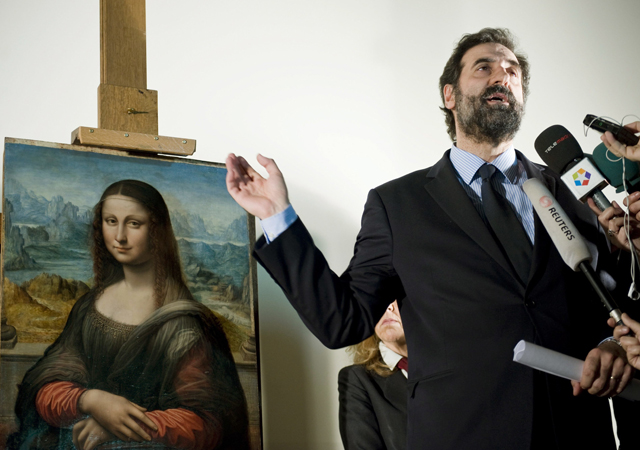 Another version of the Mona Lisa, known as the Prado Mona Lisa, which has hung in Madrid's Museo del Prado since 1819, has also captivated the artworld.

Considered worthless until it was restored in 2012, experts believe the Prado Mona Lisa was painted by one of Leonardo's pupils and is the earliest replica of his masterpiece.