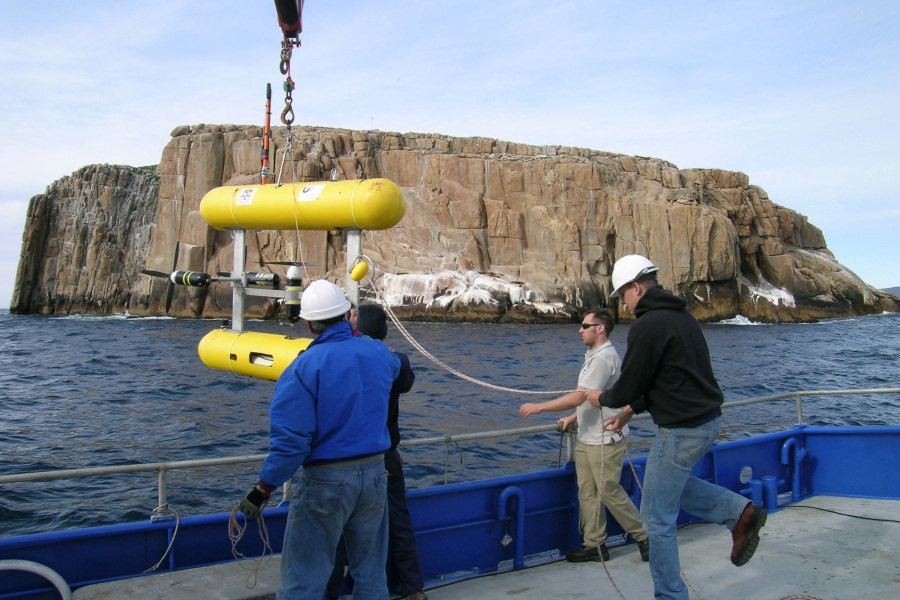 Multibeam sonar mapping and an autonomous underwater vehicle (AUV) have been used to monitor changes in urchin barrens at sites around the Bicheno region. Soon they could be harnessed to inform regional decision-making, a new Institute for Marine and Antarctic Studies (IMAS) study has found. IMAS researcher Dr Nick Perkins led a Marine Biodiversity Hub […]

Multibeam sonar mapping and an autonomous underwater vehicle (AUV) have been used to monitor changes in urchin barrens at sites around the Bicheno region. Soon they could be harnessed to inform regional decision-making, a new Institute for Marine and Antarctic Studies (IMAS) study has found.

IMAS researcher Dr Nick Perkins led a Marine Biodiversity Hub team to analyse seabed imagery collected from along the coast, including inside the Governor Island Marine Reserve which has been closed to fishing for almost 30 years.

“The surveys were conducted between 2011 and 2016, covering areas of rocky reef in the Bicheno region where the invasive long-spined sea urchin Centrostephanus rodgersii has been increasing in density in recent years,” Dr Perkins said.

“With the AUV, we could collect high-resolution imagery of the seafloor to depths greater than 30 metres, which are not typically sampled by methods such as SCUBA diving. GPS locations for each image are also collected which can then be matched to multibeam maps.

“This allowed us to track the changes to rocky reef ecosystems through time, gave us valuable insights into changes in biological communities across a wide range of depths and allowed us to match barrens occurrence to different levels of reef complexity,” Dr Perkins said.

Published in PLoS ONE, the study indicated that the absence of fishing effort for extended periods provides resilience to barren formation, although barrens still develop.

“In 2016, barrens inside the reserve covered less than one per cent of the rocky reef surveyed, while sites outside the reserve had from three to 10 per cent barrens cover in that year,” Dr Perkins said.

“This may be because southern rock lobster, the urchin’s main predator, exist in higher densities and at larger average sizes where fishing is excluded, which results in increased urchin predation,” he said.

While the study found that areas inside the reserve may be more resistant to the establishment of barrens, Dr Perkins said there was no difference in the rate of increase of barrens inside and outside the reserve over the survey period. 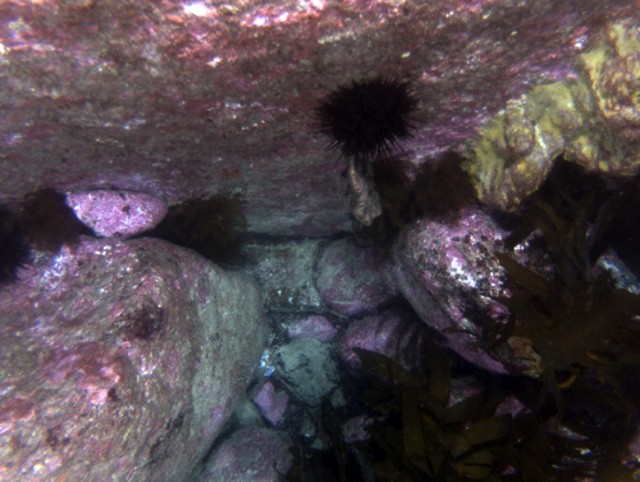 An image provided by the AUV.

“The overall barren cover doubled over the five-year survey period regardless of whether areas were protected or not, which raises serious concerns around the likely longer-term trajectory of barren formation, especially as previous IMAS research shows that, once established, recovery of barrens habitat is problematic,” Dr Perkins said.

“This knowledge can be combined with detailed multibeam sonar surveys that can provide a detailed 3D understanding of seabed complexity.

“We found that using multibeam seafloor mapping in the study areas enabled us to map out the spatial variation in reef depth and surface roughness, and to use this to more accurately predict where urchin barrens are more likely to form,” he said.

“It’s technology that could be used over large sections of coastline to contribute to urchin management approaches currently being undertaken by the Tasmanian Government, such as informing where commercial urchin harvesting may be best targeted to help control the expansion of barrens.”