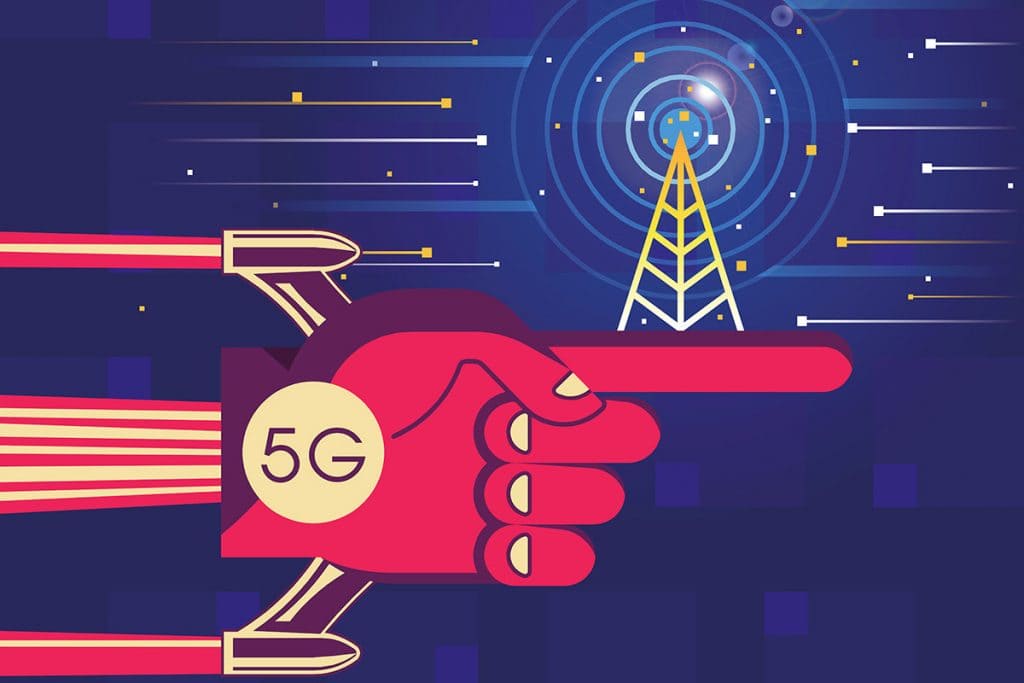 Q: What are the different types of radio waves and radiation and where does 5G fit in?

“‘Electromagnetic radiation’ refers to any electric or magnetic energy that moves through space (or air). Electromagnetic radiation travels as a wave, with the number of these waves travelling per second referred to as the ‘frequency’. Frequency is the most important factor when considering safety, as different frequencies of electromagnetic radiation have very different effects on the body. For example, at extremely high frequencies there is enough energy per photon to ‘ionise’ some atoms and molecules, and this can cause serious health issues such as cancer. Radiation that has enough energy to ionise is referred to as ‘ionising radiation’, and examples of this include the radiation from X-rays and from nuclear reactions. Radiation that does not have enough energy is called ‘non-ionising radiation’.

5G uses non-ionising radiation to operate (the frequency is about a thousand times lower than visual light, which is also within the non-ionising radiation range), and so does not have enough energy to ionise atoms or molecules. The only effect that it has is to heat the body, but due to the very lower power that is used for 5G, this heating is too small to be noticeable or to do any harm.”

Q: Can 5G (or any radio waves) cause coronaviruses such as COVID-19 or other ill health effects?

“5G cannot cause coronavirus or any other adverse health effects. Indeed to suggest that it can is entirely baseless, and particularly harmful given that so many people in isolation are depending on wireless technologies to help them get through this uncertain period.

READ:  'Lives will never be the same': Farmer killed in flood surge named

The only effect that 5G will have on people is to increase temperature in the skin by a miniscule amount; an amount that is too small to be detected, and that is far, far smaller than the normal temperature fluctuations that we experience as we sit around in our homes.”

Q: How do we know 5G is safe if it’s such new technology?

“There is a substantial body of science that has tested whether non-ionising radiation can cause harm. Indeed it is one of the most thoroughly researched scientific domains. This science has focused on the relation between the physical agent (non-ionising radiation) and harm, rather than on particular technologies (such as 5G), as it is the physical agent that is important to health, rather than the particular use of the physical agent. This has provided the knowledge with which to determine what the effect of any new technology will be. That is, we only need to know what frequency and power of electromagnetic radiation the technology will produce, and this will tell us what the effect on the body will be. From this knowledge we know that 5G will result in a very small (innocuous) temperature rise in the skin, and that it won’t cause any other effects such as cancer initiation or promotion.”

Q: 5G operates at a higher frequency to 4 and 3G – does higher mean stronger and therefore likely to have greater impact on how the body processes it?

“There is no appreciable difference in the effect of the electromagnetic radiation emanating from 3G, 4G and 5G technologies. They all operate within the ‘radiofrequency’ range (from about 100 kHz to 300 GHz), and all only affect the body by heating. Further, they are all governed by exposure restrictions (such as those specified by the International Commission on Non-Ionising Radiation Protection, or ICNIRP), with those restrictions designed to restrict temperature rise to the same level regardless of the technology generating the electromagnetic radiation. Thus the temperature rise from 3G, 4G and 5G are very similar, and too small to be noticeable due to the very low electromagnetic radiation levels used.

There are subtle differences between the technologies, but this does not relate to the strength of the fields. The differences occur primarily in that the higher frequencies used in some 5G systems (eg. 26 GHz) penetrate less deeply into the body, restricting the temperature rise primarily to the skin, whereas 3G and 4G systems use lower frequencies (<4 GHz) and so can penetrate a little deeper into the body. However, the exposure restrictions ensure that the maximum temperature rise is the same for all technologies, and so even temperature rise in the skin is not permitted to be higher for exposures from 5G than 3G or 4G technologies.”

Professor Rodney Croft is a non-ionising radiation health expert from the University of Wollongong as well as Chief Investigator with the Australian Centre for Electromagnetic Bioeffects and a member of the International Commission on Non-Ionising Radiation Protection main commission.