Deaths in Italy from coronavirus have risen sharply in the past 24 hours, with 168 new deaths reported, Angelo Borrelli, head of Italy's Civil protection Agency said .

On Monday, there was an increase of 97 deaths.

In an interview with La Repubblica newspaper on Monday, Mr Conte said: "These days, I have been thinking about the old speeches of [Winston] Churchill - it is our darkest hour but we will make it". 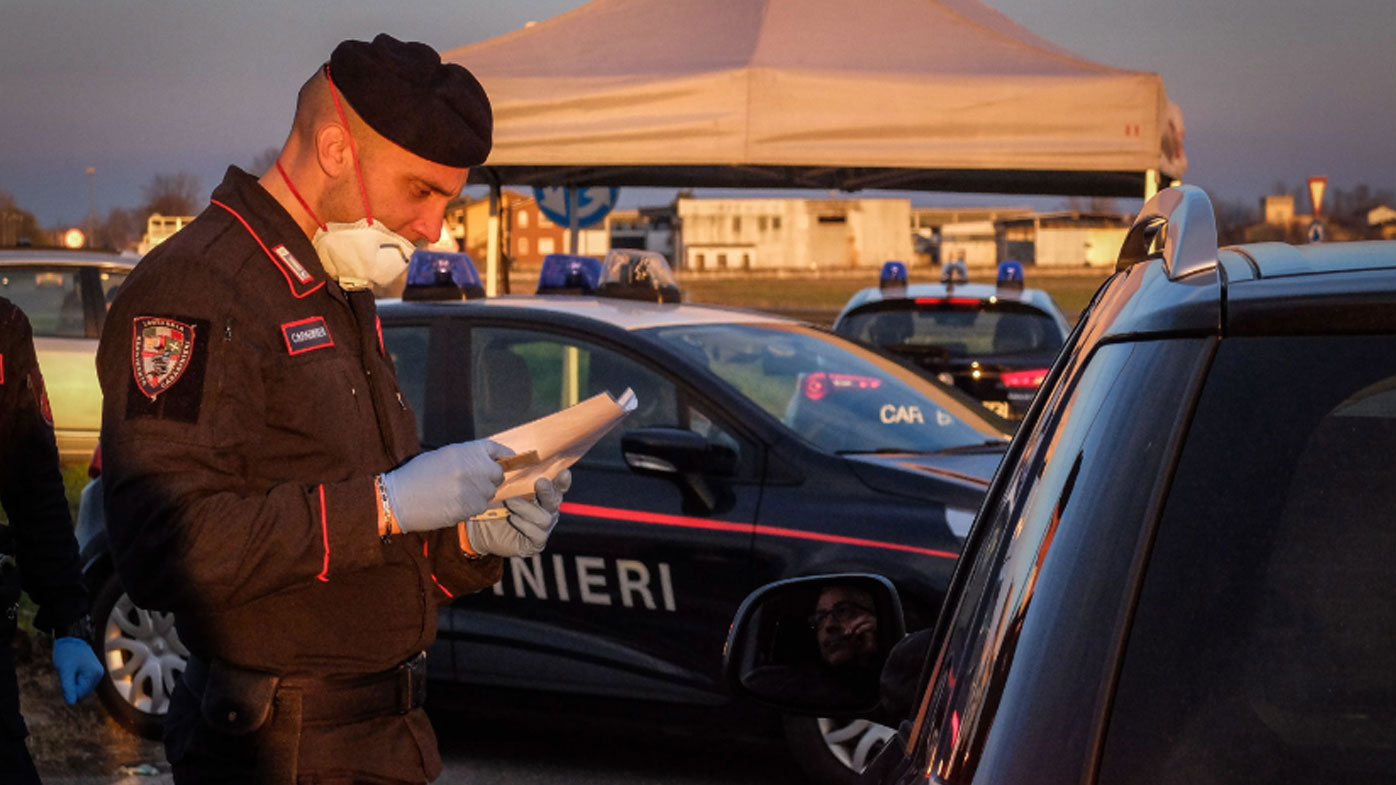 Panic buying erupted, prompting the government to assure citizens that supermarkets will remain open and stocked. Conte's office said runs on supermarkets went counter to the intent of the new decree, which aims to prevent Italians from congregating.

Soldiers and police enforced the travel ban and Carabinieri teams patrolled cafes to make sure owners were keeping customers a meter (about three feet) apart. Meanwhile, neighbours Malta and Italy slammed their borders with Italy shut.

A rampant coronavirus cure rumour has led to the deaths of dozens of people as authorities around the world continue to jump to temporary solutions aimed at stopping the spread of the deadly COVID-19 strain.

The Australian government overnight released a $2.4 billion response package to combat the spread of coronavirus COVID-19.

It comes as the Northern Territory prepares to deal with outbreaks in its disadvantaged remote indigenous communities, where nearly 60,000 people live with limited access to medical resources. 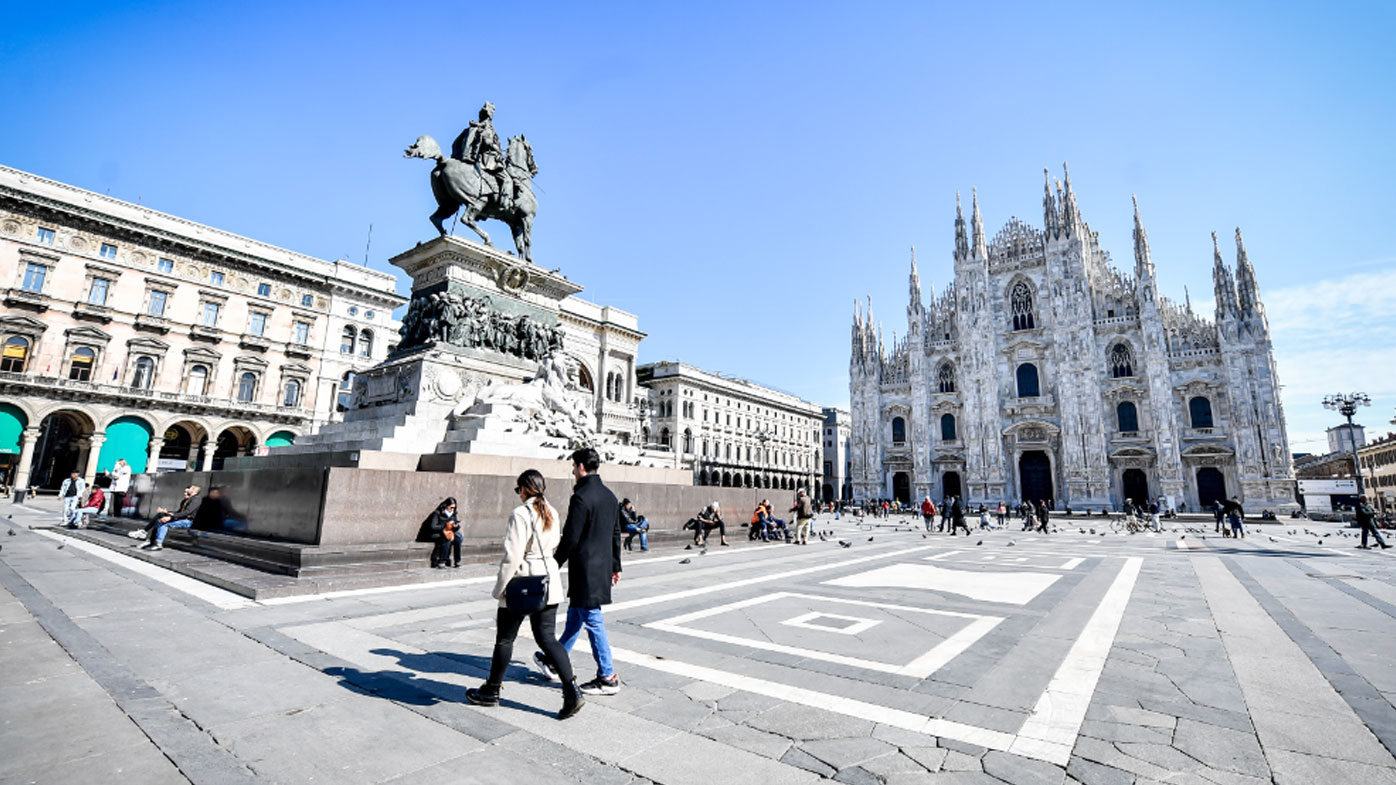 Japan also unveiled a $6.3 billion (430.8 billion yen) package early this week, and Europe has issued travel bans in response to Italy's decision to put the entire country into lockdown.

READ:  Gas Use in Grid May All but Disappear in 20 Years

In mainland China, where the outbreak emerged in December, almost three-fourths of its more than 80,000 patients have recovered, according to Associated Press.

A rumour circulating in Iran that alcohol can treat coronavirus has so far led to 37 deaths and sent 270 people to the hospital after being poisoned by bootleg alcohol, the state-run IRNA news agency said Tuesday.

Seven bootleggers have been identified and arrested. 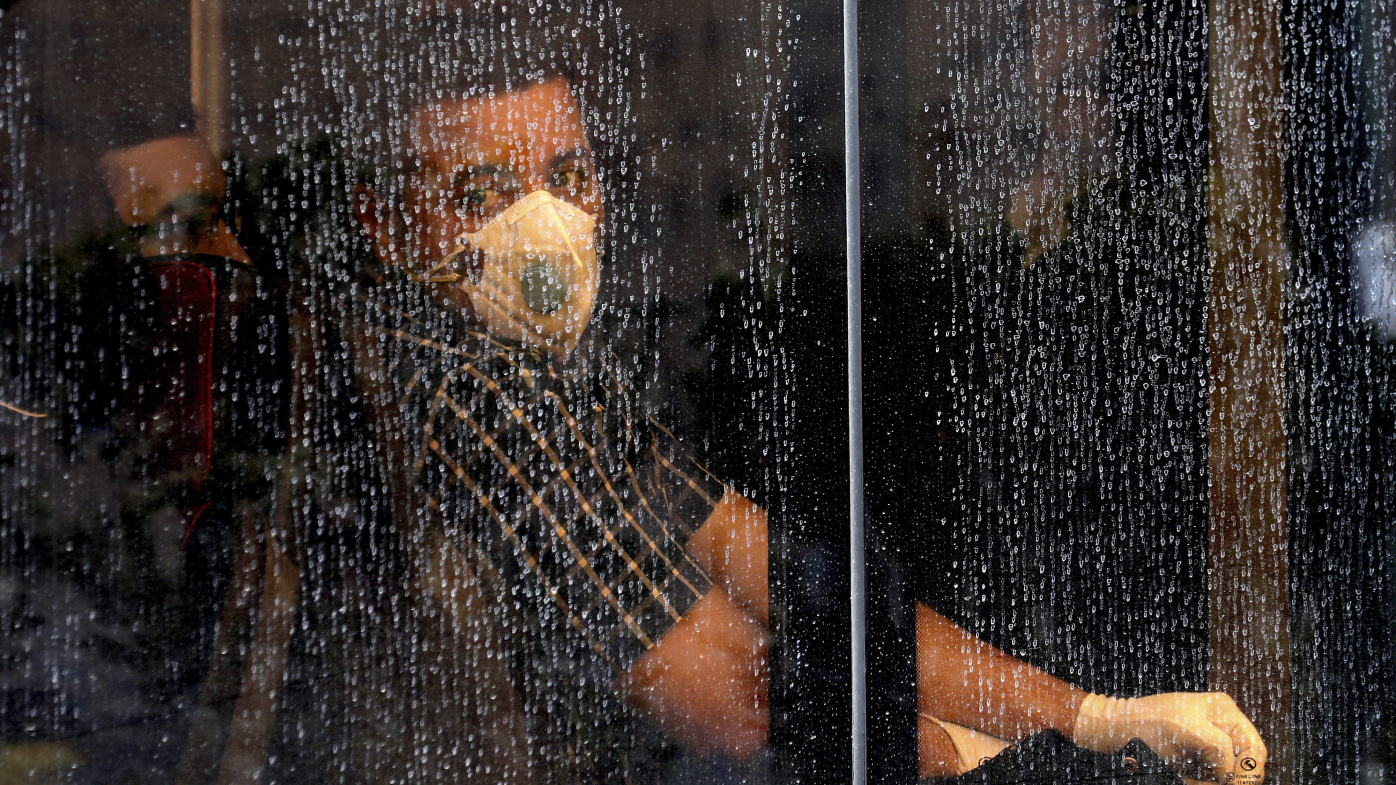 Iran has confirmed 54 more deaths from the virus, raising the toll to 291 – there are now over 8,000 cases in the Islamic Republic.

Supreme leader Ayatollah Ali Khamenei announced Tuesday that the country will recognise doctors and nurses who die combating the new coronavirus as "martyrs" like slain soldiers.

Officials warned figures in Iran likely will continue to rise before the Persian New Year, Nowruz, on March 20. People have been urged to limit their travel, which already has been difficult for police manning checkpoints on roads between major cities.

Iran has yet to take widespread quarantine decisions like China and Italy. 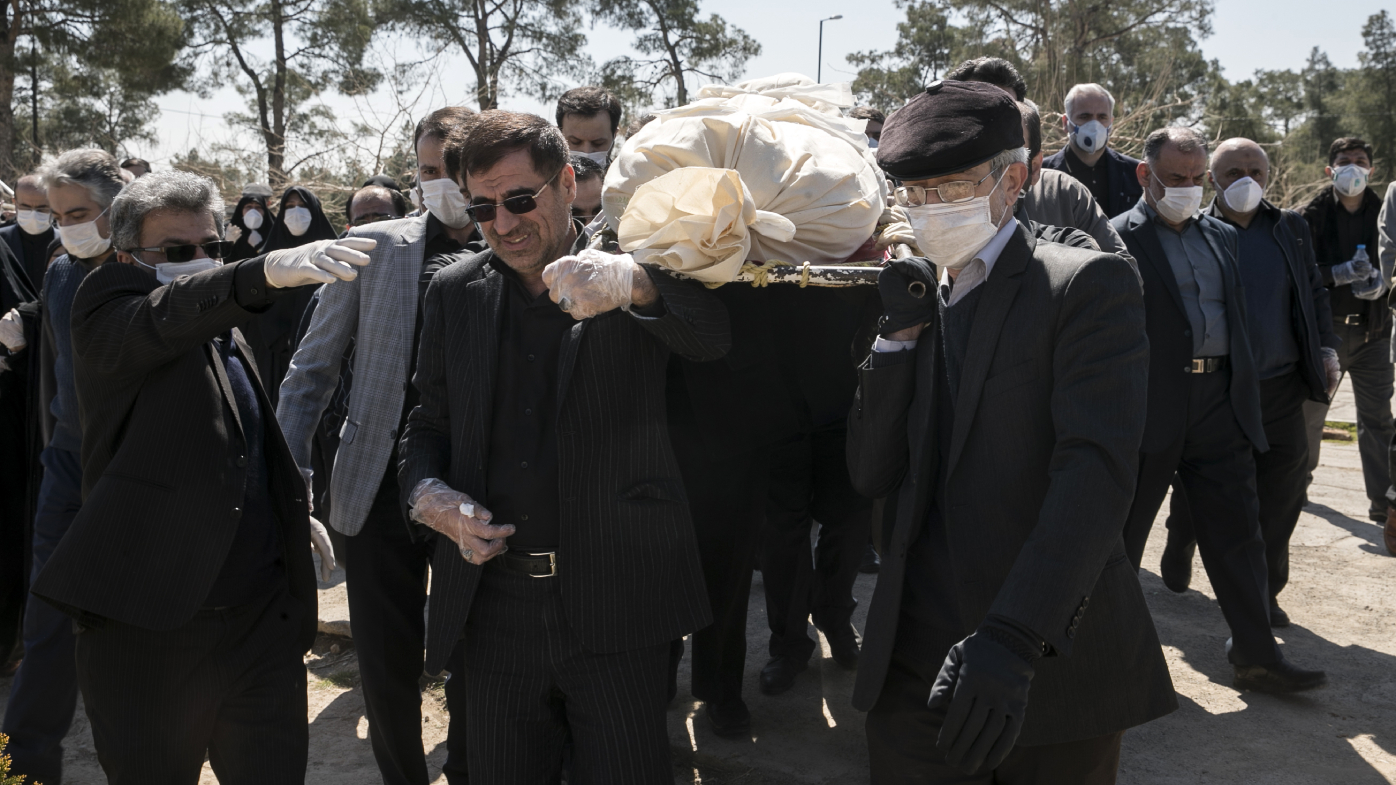 Neighbouring Lebanon has confirmed its first death from the virus (amid 41 confirmed cases). An official, who spoke on condition of anonymity because he was not authorised to give official statements, says the 56-year-old man had recently returned from Egypt.

Meanwhile, Saudi Arabia closed off air and sea travel to 14 countries affected by the new virus Monday, while Israel ordered two weeks of home quarantine for anyone arriving from overseas.

Austria announced an entry ban for anyone arriving from Italy and warned its citizens against travelling anywhere in the neighbouring country.

The Serbian government banned foreigners arriving from the whole of Italy, as well as parts of China, South Korea, Iran and Switzerland.

Malta banned travel to and from Italy with immediate effect, including all sea and air links, Prime Minister Robert Abela said.The ban will be in place until further notice, and is only related to passengers. Shipments of food, medicine or other cargo between the two countries will continue, Abela said.

Airlines joined the efforts to limit the international spread of the Italy outbreak.

The Italian Government has taken the unprecedented measure of a nationwide lockdown, limiting people to move only for work or health reasons, in an effort to fight the world's second-most deadly coronavirus outbreak outside of China. 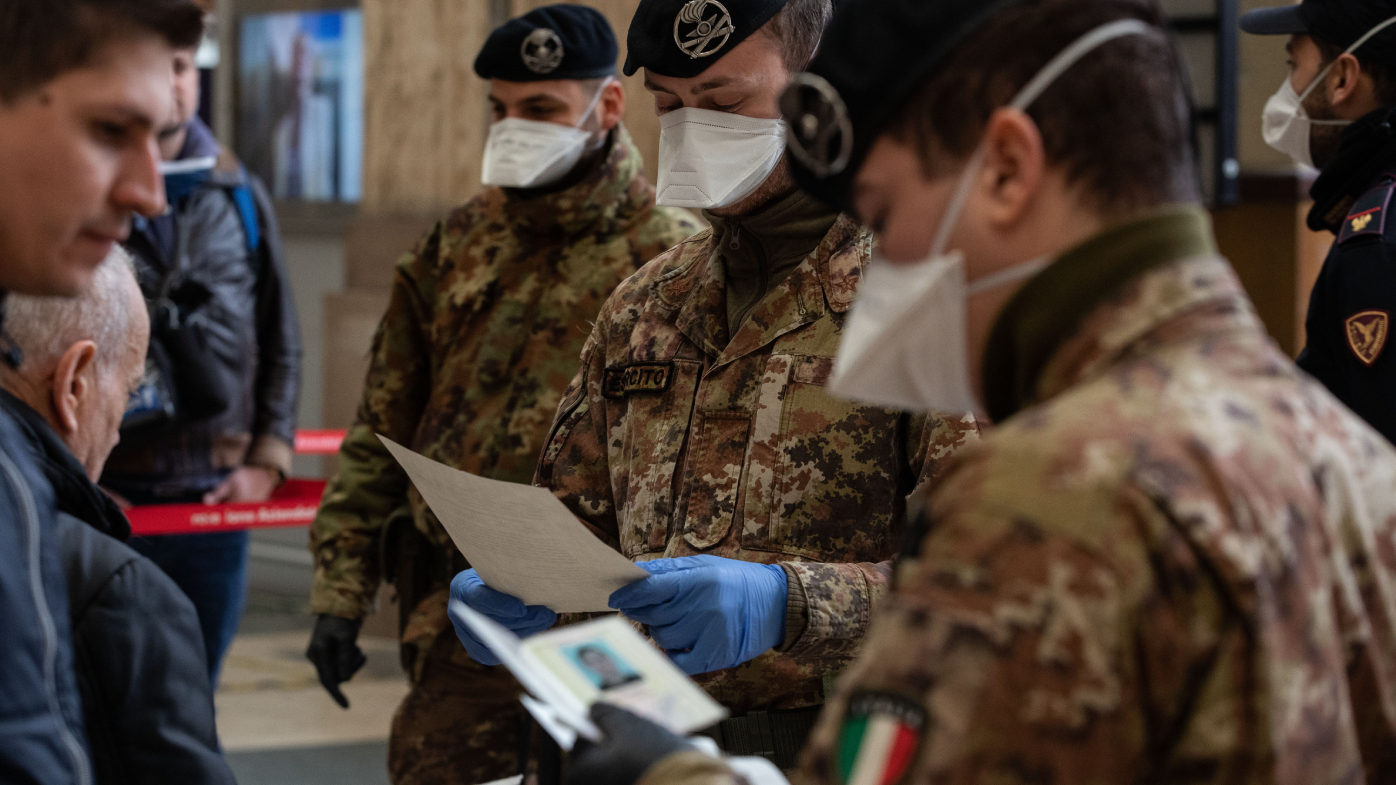 British Airways said it was suspending all routes to and from Italy, which has seen by the worst outbreak in Europe, with more than 460 deaths.

Denmark announced that flights from areas badly affected by coronavirus, including parts of Italy, would not be given permission to land, while Austrian Airlines stopped its flights to the northern Italian cities of Venice, Milan and Bologna.

German airline Lufthansa had already cancelled thousands of its services, with flights to and from Italy particularly affected. The German Foreign Office is currently advising against all but essential travel to Italy.

Public gatherings banned, matches to be played in empty stadiums

Teams of Italian police patrolled cafes in the county's north to make sure owners were keeping customers 1 metre apart. The streets of the Italian capital were as quiet as they are during the annual mid-August vacation shutdown.

Italy has said all sports events in the country, including Serie A soccer games and preparatory events for the Tokyo Olympics, would be suspended until April 3.

All upcoming professional soccer games in Spain and Portugal, as well as some in Germany, and a European Championship qualifying match, will be played in empty stadiums because of the coronavirus outbreak.

READ MORE: Coronavirus: What to do if major events are cancelled

Egypt's government has announced a temporary ban on large public gatherings and all events involving people's movement between cities. Egypt's soccer association said Tuesday all soccer games in the country would be played in empty stadiums until further notice.

Poland and Slovakia joined Italy in banning all sports and cultural events. 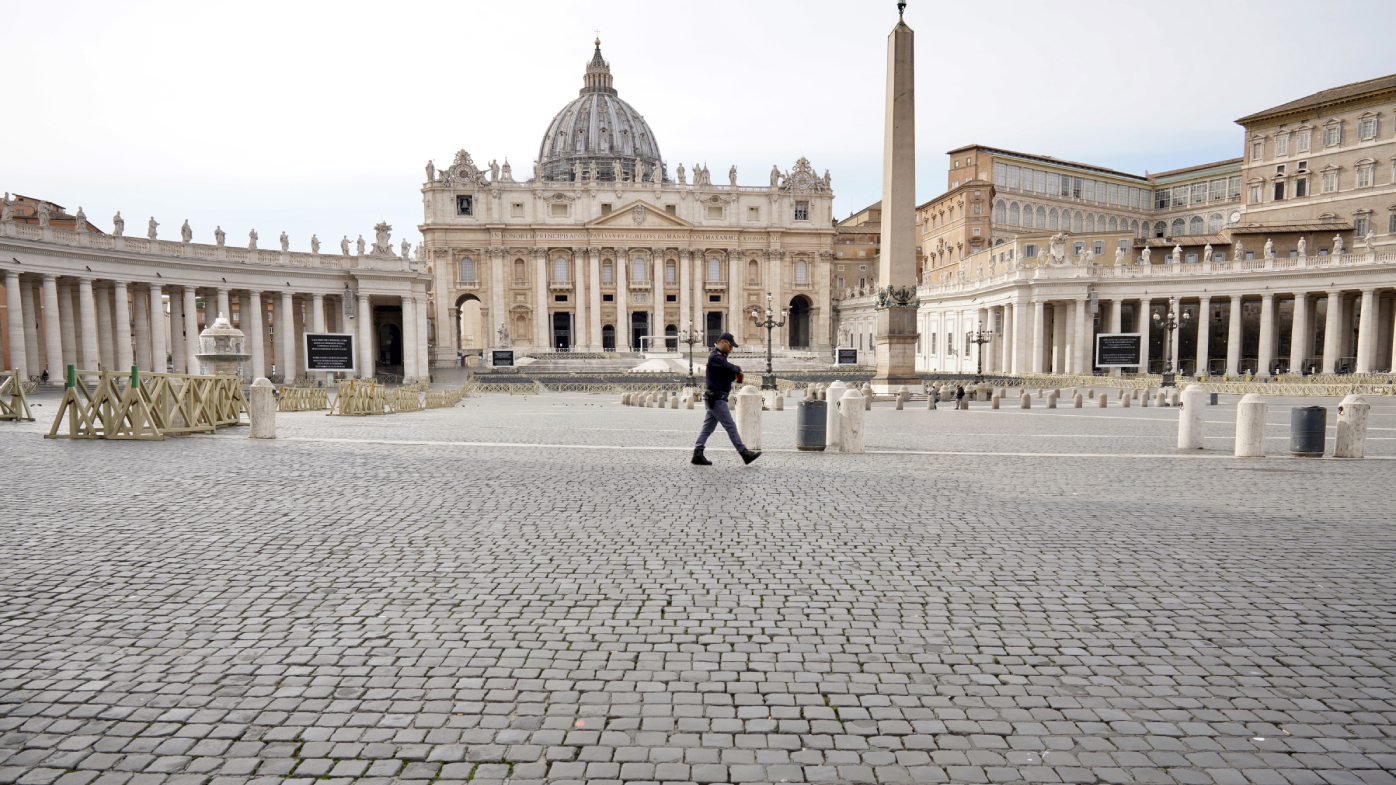 Slovakia's measures would be in place for 14 days. The ban in Poland did not have an end date and will cover professional football games and concerts, among others. However, theatres, opera houses, philharmonic concert halls or art galleries will be exempt. Polish President Andrzej Duda announced he would refrain from holding large conventions as part of his electoral campaign.

Austria said all indoor events with more than 100 participants would be stopped.

In the Czech Republic, all schools are being shut and all events with more than 100 participants are being banned.

The leaders of Northern Ireland's devolved government have cancelled a planned visit to the United States coinciding with St Patrick's Day celebrations, while Irish Prime Minister Leo Varadkar still plans to travel to Washington this week but has cut short his trip to allow more time to deal with the coronavirus outbreak.

Hollywood continued to reschedule its upcoming movie releases due to the coronavirus, as Sony Pictures on Tuesday announced that it's moving "Peter Rabbit 2" to August. (Last week, the James Bond film "No Time to Die," postponed from early April to November.)

– Reported with AAP and Associated Press.