Thrilling, mysterious, ambitious and action-packed – Deathloop is the epitome of new generation gaming.

Thrilling, mysterious, ambitious and action-packed - Deathloop is the epitome of new generation gaming.

But what defines Deathloop's success? What makes it worthy of potentially holding such a prestigious title?

Every inch of Deathloop is seemingly crafted with purpose, there's no randomness, objects, enemies and puzzles are well thought out - it's clear Deathloop is made with love. 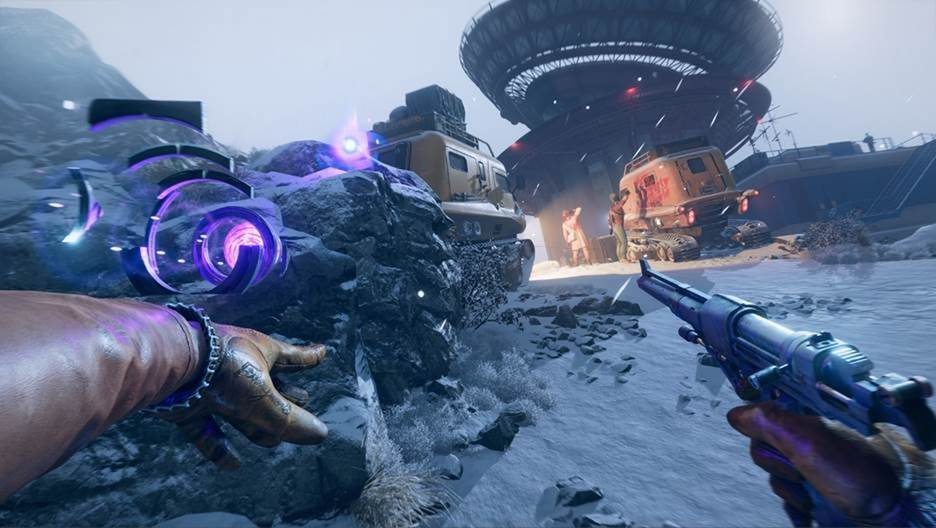 Developers, Arkane Studios, had already perfected this style of first-person shooter/action-adventure, the Dishonored series shines through Deathloop and they're not trying to hide it.

The story is unique, the gameplay is well crafted and open-ended, it's a visual delight and it's the kind of game that I struggled to put down.

READ MORE: First five hours of Deathloop on PS5 is a virtual rollercoaster 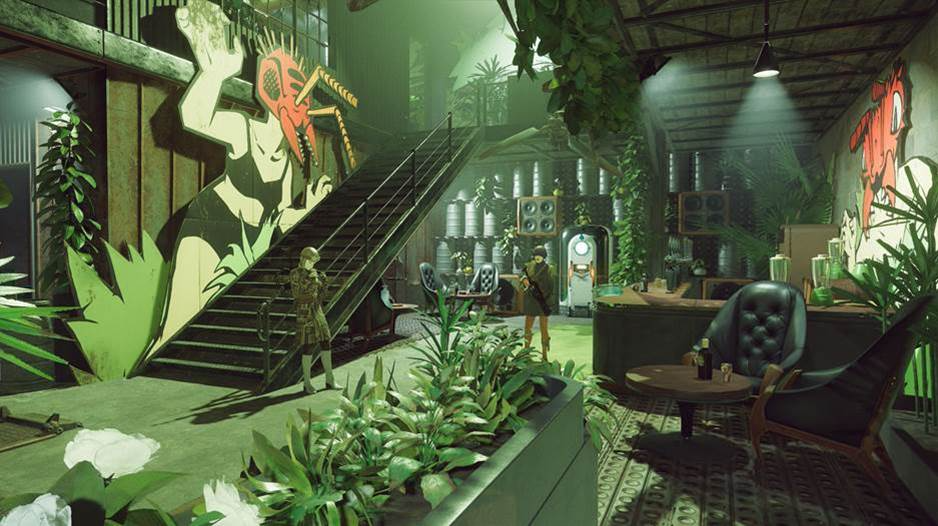 Progressing through the world of Deathloop is as simple as explore, fight, die (or complete a loop), repeat.

Each loop will see you learn new things to help you through the next stage and unlock new abilities to launch you forward.

There's four main playable maps (or levels); Updamm, The Complex, Fristad Rock and Karl's Bay - each level can be played at different times of the day, morning, noon, afternoon and evening.

There'll be times where you won't have a reason to explore a certain area at a specific time of day, but by the end of a loop that can completely change.

Finish a day, complete the loop - start over again.

As the mystery unfolds it becomes more and more difficult to put the controller down - and just quickly on the controller, the haptics and adaptive triggers take Deathloop to another level of immersion.

Within the first few minutes of Deathloop you know it's going to be a ride.

You play as Colt, a man stuck in a time loop and he's seemingly the only one who doesn't know why.

There's a sense of insecurity within Colt that you help shape by advancing through the story.

It's not long until you find out why all of this is happening and learn how to stop it - it all comes down to Julianna and the other visionaries. 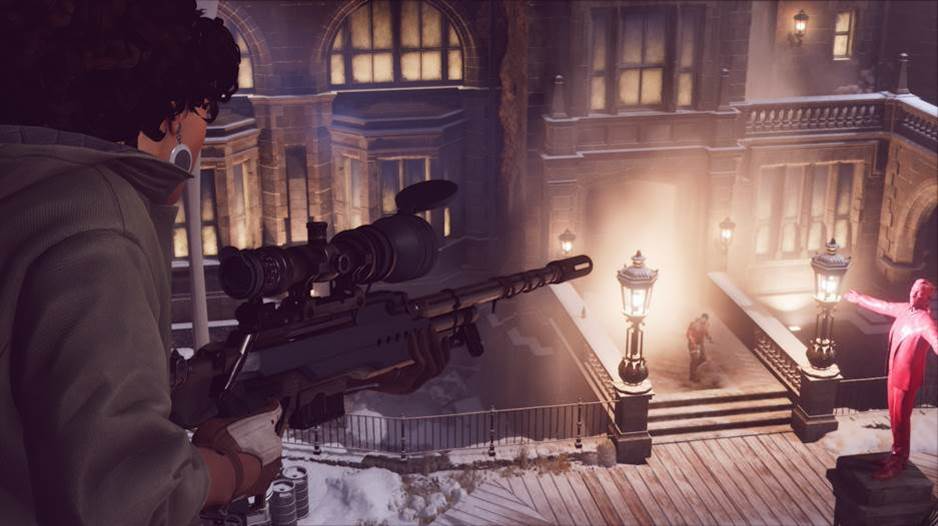 Kill all the visionaries in a single day - break the loop.

Julianna Blake is the game's antagonist, she's also the other playable character in the game during Deathloop's multiplayer mode - but we'll get to that shortly.

The relationship between Colt and Julianna is beautifully crafted and the initial mystery greatly boosts the story.

Each time you start the loop over you'll experience a new interaction with Julianna, I only recall one occasion where I heard her say the same thing to Colt as the previous loop.

And believe me, I looped a lot.

And while Deathloop strives to hit every marker of perfection, it's has its flaws - fortunately they don't make or break the game.

It's story is gripping, but what it oozes with narrative it on occasion struggles to illustrate.

Deathloop starts off strong, it's opening sequence is a thrill. But the later parts of the game and Deathloop's climax are partially met with image based cutscenes and every so often opts for a black screen with a voiceover.

I found myself ready to kill all eight visionaries without realising I had entirely reached that point.

But it's endings are satisfying in their own right - yes there are multiple. And no, I'm not going to spoil them here.

I can't speak too much for the game's multiplayer mode, while the servers were active toward the end of the review period I only managed to join a handful of games due to the lack of player base - although I can imagine it's booming today.

There's essentially two multiplayer modes, one where you can open the game as Colt to intruders playing as Julianna, the other is where you'll play as Julianna herself with the only goal of killing Colt.

While playing as Juliann,a she utilises her own load out. All of her shift slabs and trinkets will need to be obtained individually - although you'll start off with the basic Shift slab (teleport) and a couple of character and weapon trinkets.

The slab and trinket system speaks to one of Arkane Studio's previous titles, Dishonoured.

It leads me to believe, while unconfirmed, they're part of the same game universe. 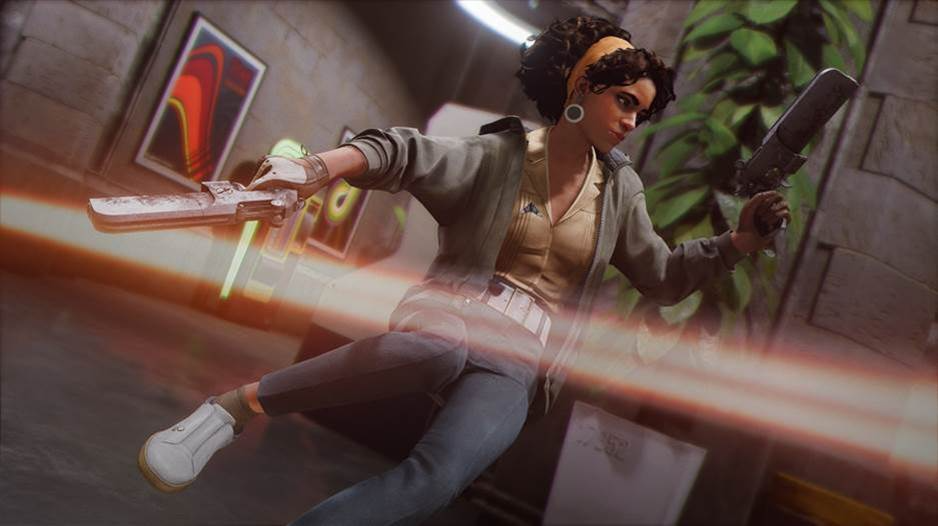 There's no denying Deathloop is one of the best games of 2021 - by a long shot. It's an ambitious narrative filled with senseless violence and pure joy.

It's comfortably cemented itself for a podium finish in the game of the year race.

And while Deathloop could be the last Bethesda exclusive we see on PlayStation in a long time, at least they've given the PlayStation community a great parting gift.

Deathloop is out now exclusively on PlayStation 5 and PC.