Turkish authorities said the death toll rose to at least 38 people from the magnitude 6.8 earthquake that struck Friday night.

Turkish television showed Ayse Yildiz, 35, and her two-year-old daughter Yusra being dragged out of the rubble of a collapsed apartment building in the city of Elazig. They had been trapped for 28 hours.

The quake also injured over 1600 people but at least 45 survivors have been pulled alive from the rubble so far, Turkish President Recep Tayyip Erdogan told a news conference Sunday in Istanbul.

More than 780 aftershocks rocked the region as over 3,500 rescue experts scrambled through wrecked buildings to reach survivors, working around the clock. Rescue teams concentrated their efforts in the city's Mustafa Pasa neighbourhood and the nearby town of Sivrice. 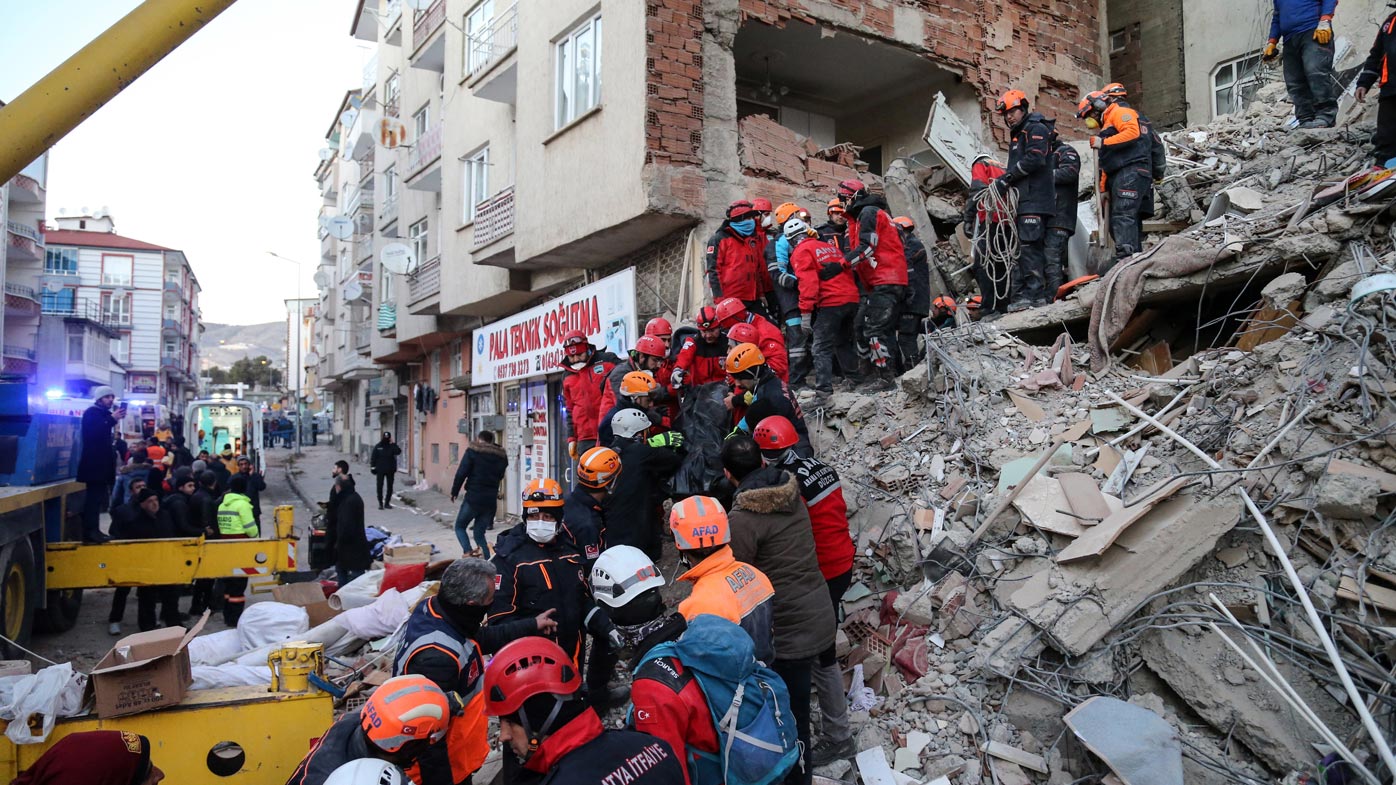 One rescued couple was reunited with a Syrian student who had helped to dig them out of their collapsed home with his hands.

"He is our hero and angel," a weeping Dudane Aydin said of Mahmud al Osman in an interview on Turkey's state-run Anadolu news agency.

Her husband Zulkuf added: "When I saw the light of Mahmud's phone, we started shouting for help. Then we knew we would get out".

He said Mahmud helped him out but when the student tried to rescue his wife her leg was trapped by debris.

"Some locals held Mahmud by the legs and stretching towards my wife he worked to save her. After saving my wife, he tried to help others," the man said. 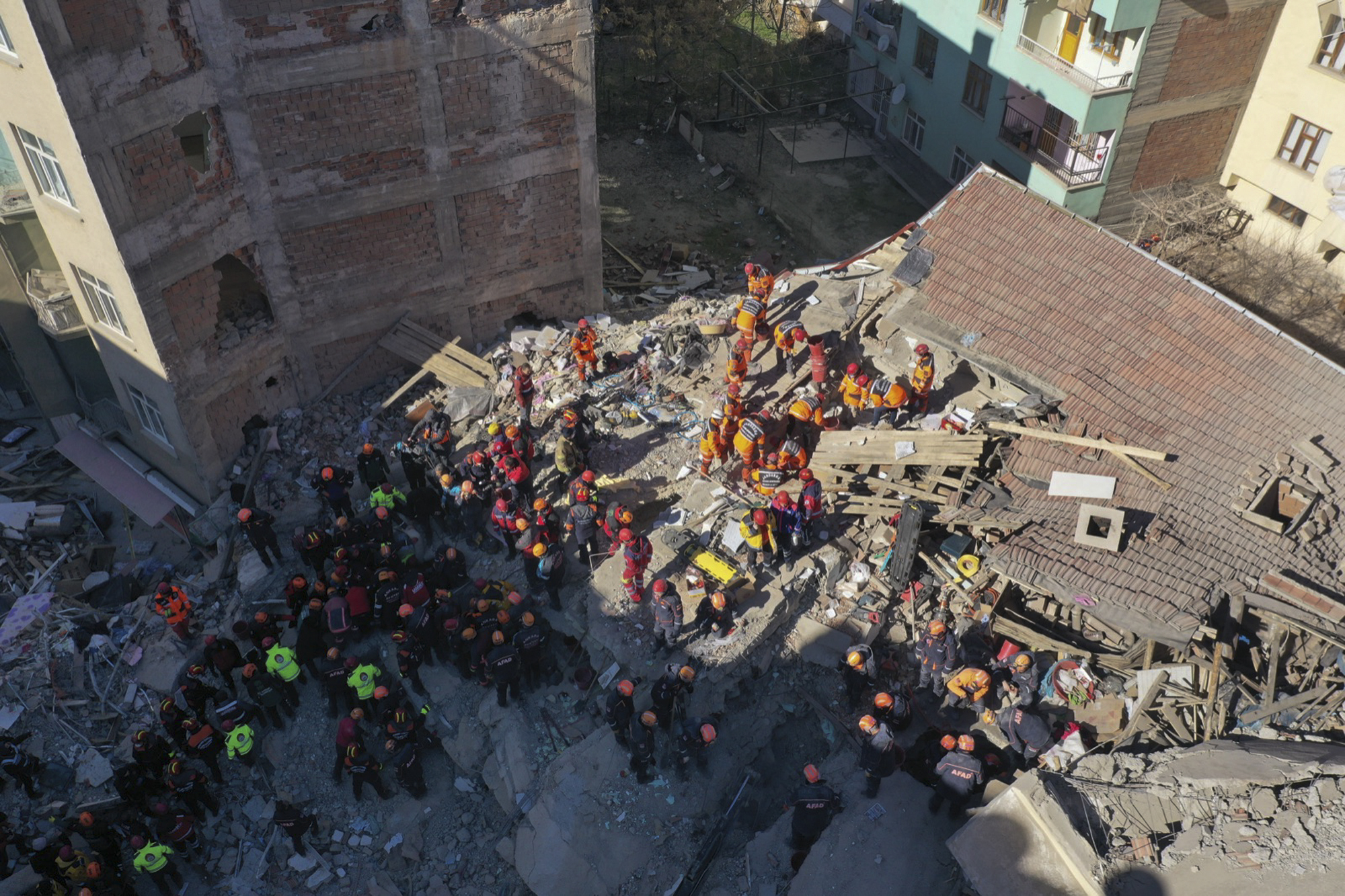 The agency said 76 buildings were destroyed and more than 1000 were damaged by the quake. Unmanned aerial drones were being used to survey damaged neighbourhoods and coordinate rescue efforts.

The Turkish Disaster and Emergency Management Presidency said 20 of the aftershocks measured magnitude 4.0 or above, including a magnitude 4.3 quake that hit the neighbouring province of Malatya on Sunday morning,

Erdogan said every effort was being made to find survivors and promised to house displaced residents as soon as possible.

"Turkey has begun to heal the wounds of this great disaster in unity, togetherness and coming together," he said.