Her death is being investigated as a homicide, although details about how she died have not been released.

The girl's body was found in the woods, and police think it was put there after investigators found the evidence inside the rubbish bin, Cayce Public Safety Sgt Evan Antley said at a news conference Friday. 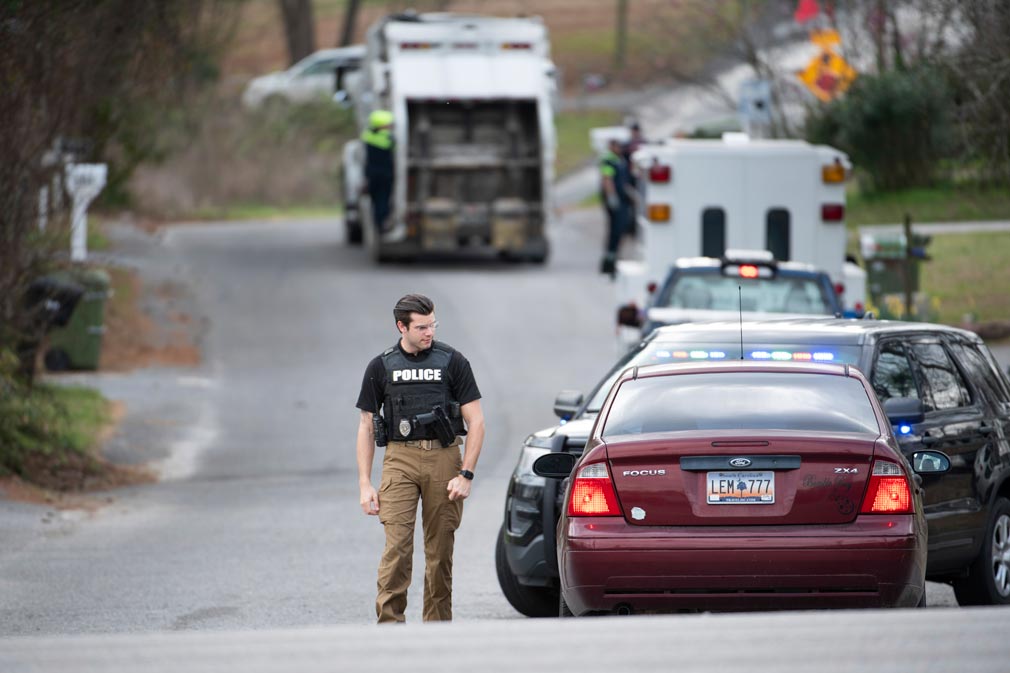 Sgt Antley didn't directly link the death of 30-year-old Coty Scott Taylor, whose body was found at his home, to the girl's killing.

But Sgt Antley said the item found in Mr Taylor's rubbish Thursday was something listed on the missing person flyer created after she disappeared. He did not specify exactly what it was.

Both bodies were found Thursday after the item was found by investigators who followed around a rubbish truck and sifted through the garbage as it made a special trip in the neighbourhood, Sgt Antley said.

After finding the item, investigators were quickly organising a methodical search of nearby woods that had been searched before when Cayce Public Safety Director Byron Snellgrove found Faye's body, Sgt Antley said.

Investigators found Mr Taylor's body inside his home shortly after they found the girl's body, Sgt Antley said. He refused to characterise how Mr Taylor might have died.

Autopsies on both Mr Taylor and the girl are scheduled for Saturday and their causes of death will not be released until the coroner can review the results.

How the investigation unfolded

In a 911 call released Friday, Faye's mother said her daughter was in the front yard after getting off the school bus and then just suddenly disappeared. She said she searched for her before calling police.

"I checked all the houses in my neighbourhood and anybody that actually answered is out looking for her too," the girl's mother said after carefully describing what her daughter was wearing through tears in the 911 call.

More than 250 officers searched for the girl over three days. They knocked on every door in the neighbourhood and Mr Taylor spoke to police in his home before the evidence was discovered, Sgt Antley said.

Investigators sealed off the entrance to the neighbourhood for a while, questioning everyone going in and out, said Sgt Antley, who thanked them for their patience.

"We went in there and turned their lives upside down. We made them late for work, we searched their homes and we invaded their privacy," Sgt Antley said.

"But we did it for a reason and we had a goal."

The girl's disappearance shocked Cayce, a town of about 13,000 people just west of Columbia. Several prayer vigils were held while she was missing and after her body was found.