A woman has watched her father die via a Skype call from hotel quarantine, just one hour after she demanded to know why another family had been granted an exemption.

A grieving daughter has spoken of the "cruelty" of Queensland Health after she was denied a final visit to her dying father.

Maria O'Dea watched her father John die via a Skype call from hotel quarantine, just one hour after she demanded to know why another family had been granted an exemption.

Ms O'Dea flew home to Brisbane from London when her 88-year-old father's health took a turn for the worse, hoping to see him one last time. 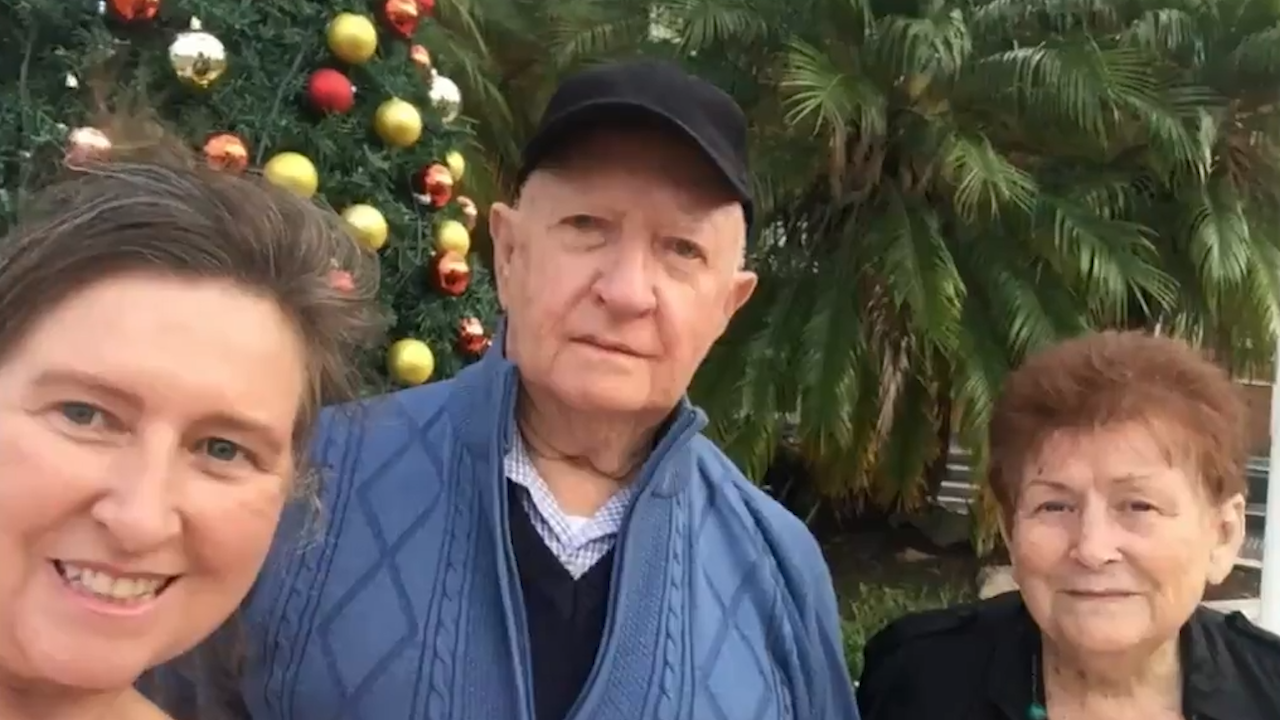 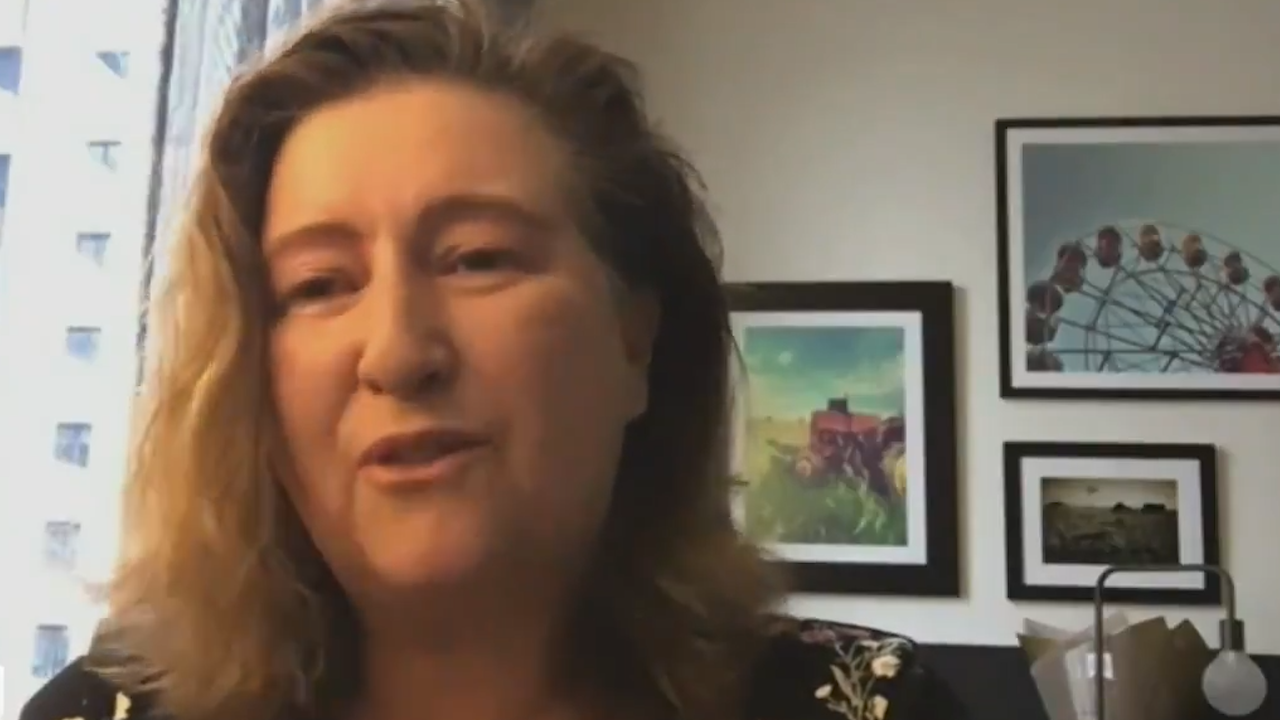 Fully vaccinated and with two recent negative COVID-19 tests, Ms O'Dea applied to Queensland Health to be allowed to leave hotel quarantine to visit him but her request was denied, even after his nursing home offered to facilitate a visit in "a COVIDsafe manner by allocating an outside area" and enforcing full PPE, no physical contact and the 1.5-metre social distancing rule.

"If they'd have said yes, I may not have got to be with him when he died, but I would have got to see him last week to say goodbye and the most important thing - he would have known that I came," Ms O'Dea said.

"And it would have meant the world to my mother.

"Even just that one small visit would have made a difference to everybody." 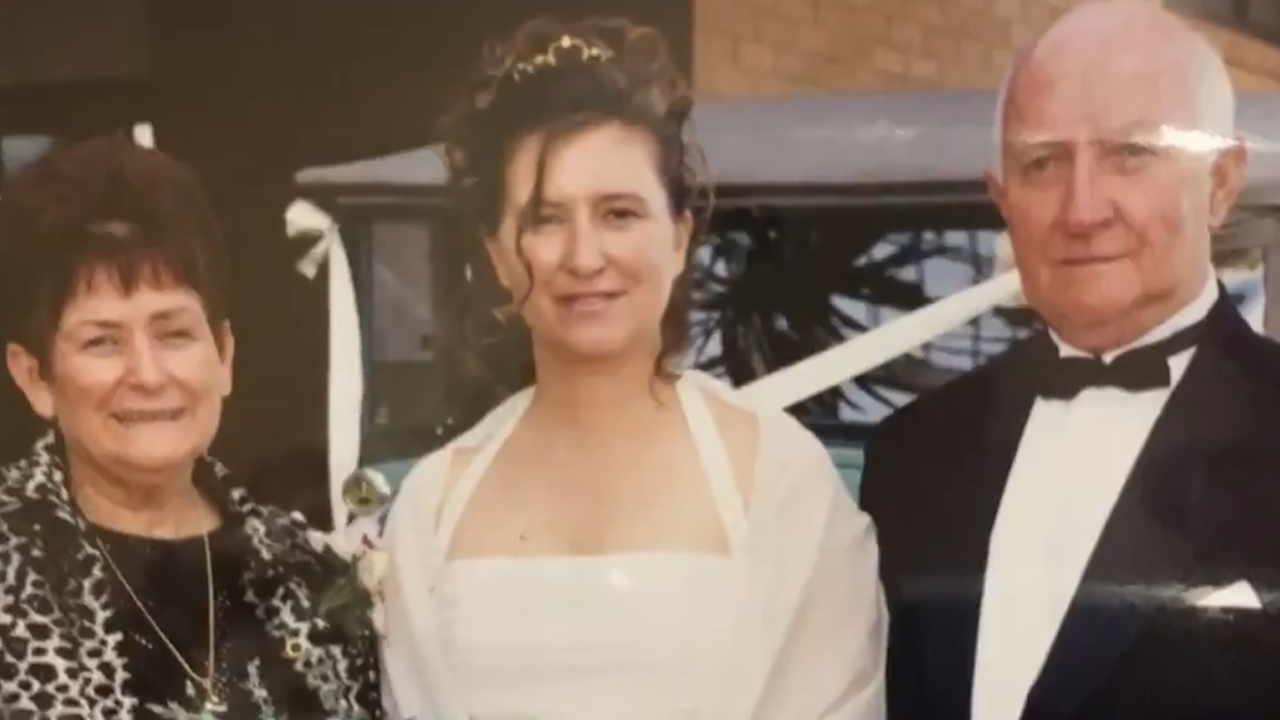 When Ms O'Dea saw that Mark Killian and his partner were granted a last-minute exemption to visit Mr Killian's dying father Frans, she demanded an explanation from Queensland Health as to why hers was denied and was told "the policy had changed".

The change had come too late for her though as her father died an hour later as she watched from quarantine in a hotel an hour away. 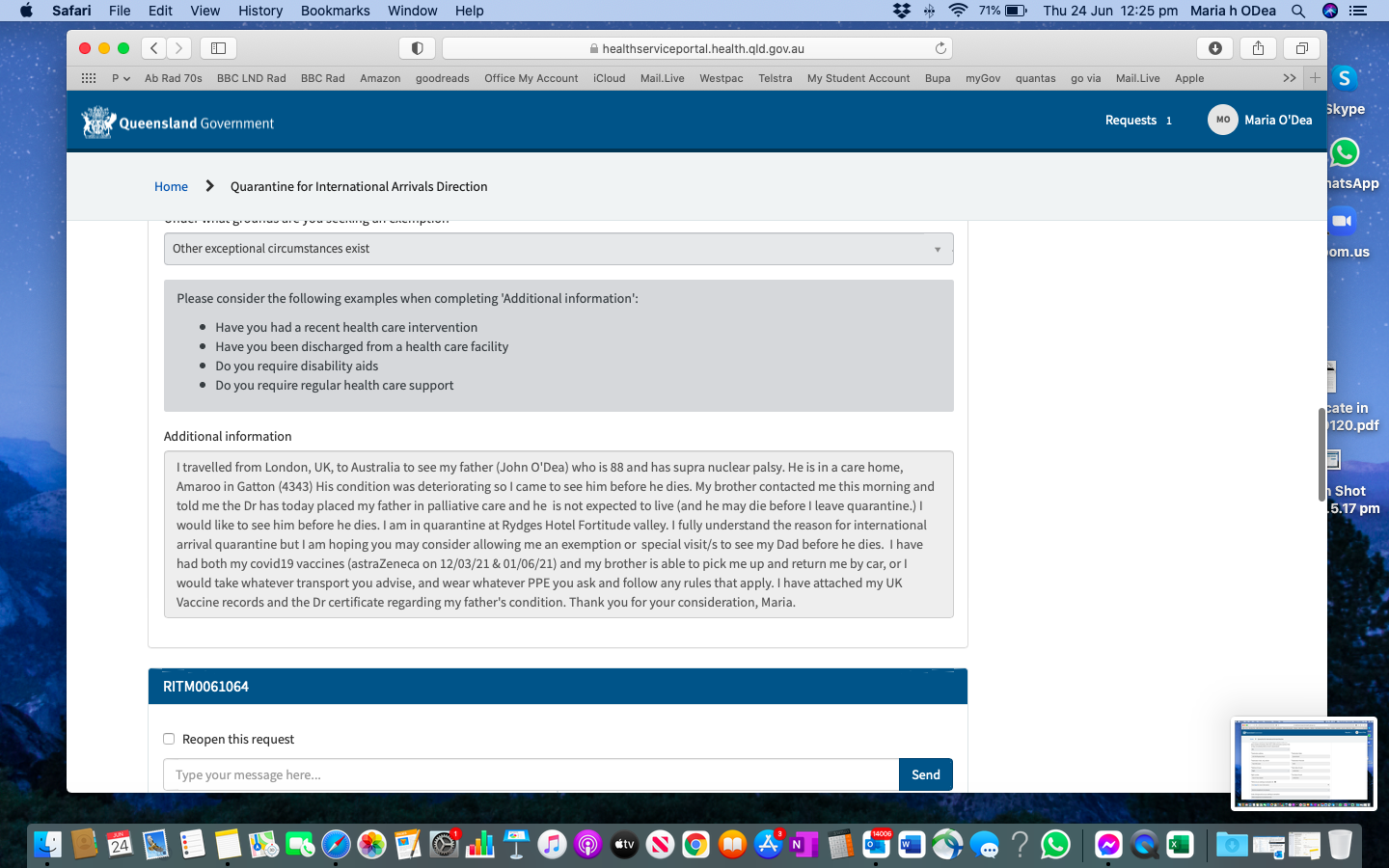 Queensland Health told 9News it cannot discuss the case due to confidentiality, referring only to an earlier statement.

"All quarantine exemption requests are considered on a case-by-case basis, in line with current national guidelines," the statement said.

Ms O'Dea said she is speaking out so others don't have to go through the same trauma.

"I've never experienced anything like it in my life," she said.

"My mother said, 'your father would want you to say something if it could help make a difference or prevent this from happening to someone in the future, he would want people to know,'" she said.

An earlier version of this story contained the wrong video package and images due to a production error. 9News.com.au apologises for the error.