People with breathing issues and asthma are being urged to stay indoors where possible and seek medical advice if their condition worsens after the dust set in yesterday.

Drivers have also been warned the dust storm will likely impact the morning commute. 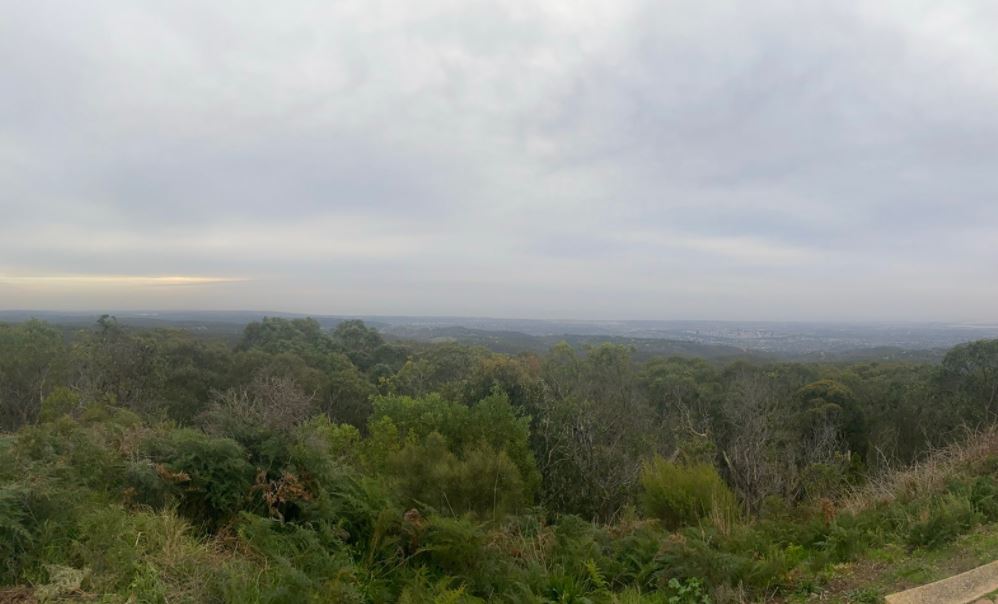 The strong winds are coming in either side of a cold front which is extending into South Australia and the Northern Territory's lower end on the tail of a low that has moved in from the Bight overnight.

Meteorologists are also warning of hazardous surf conditions which are expected to smash Queensland's southeast coastline.

"It's due to quite an intense low-pressure system that developed and remains slow moving off the north island of New Zealand," Mr Hanniffy said.

"It looks like the most powerful part of the swell will be Tuesday but still quite a strong swell on Wednesday." 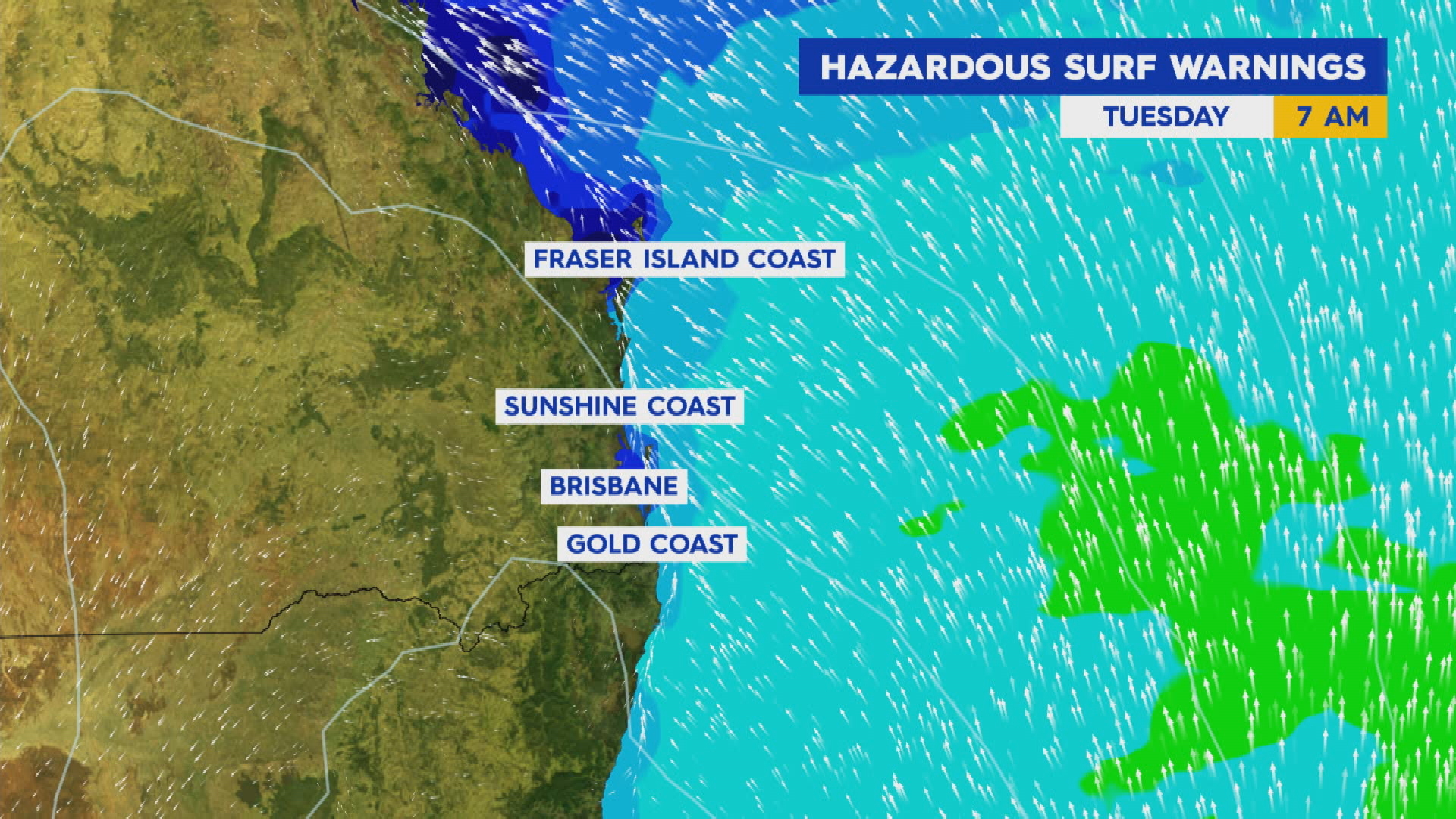 The swell is expected to reach up to three metres in height and warnings have been issued for the Gold Coast, Sunshine Coast and Fraser Coast, with beach closures possible.

"The swell does ease back a touch but it will still remain elevated through the mid-week period and there's a potential for that swell to increase back up to hazardous levels later in the week as you go towards Friday and the weekend," he said.

READ MORE: Sydney records coldest stretch of May days in over five decades 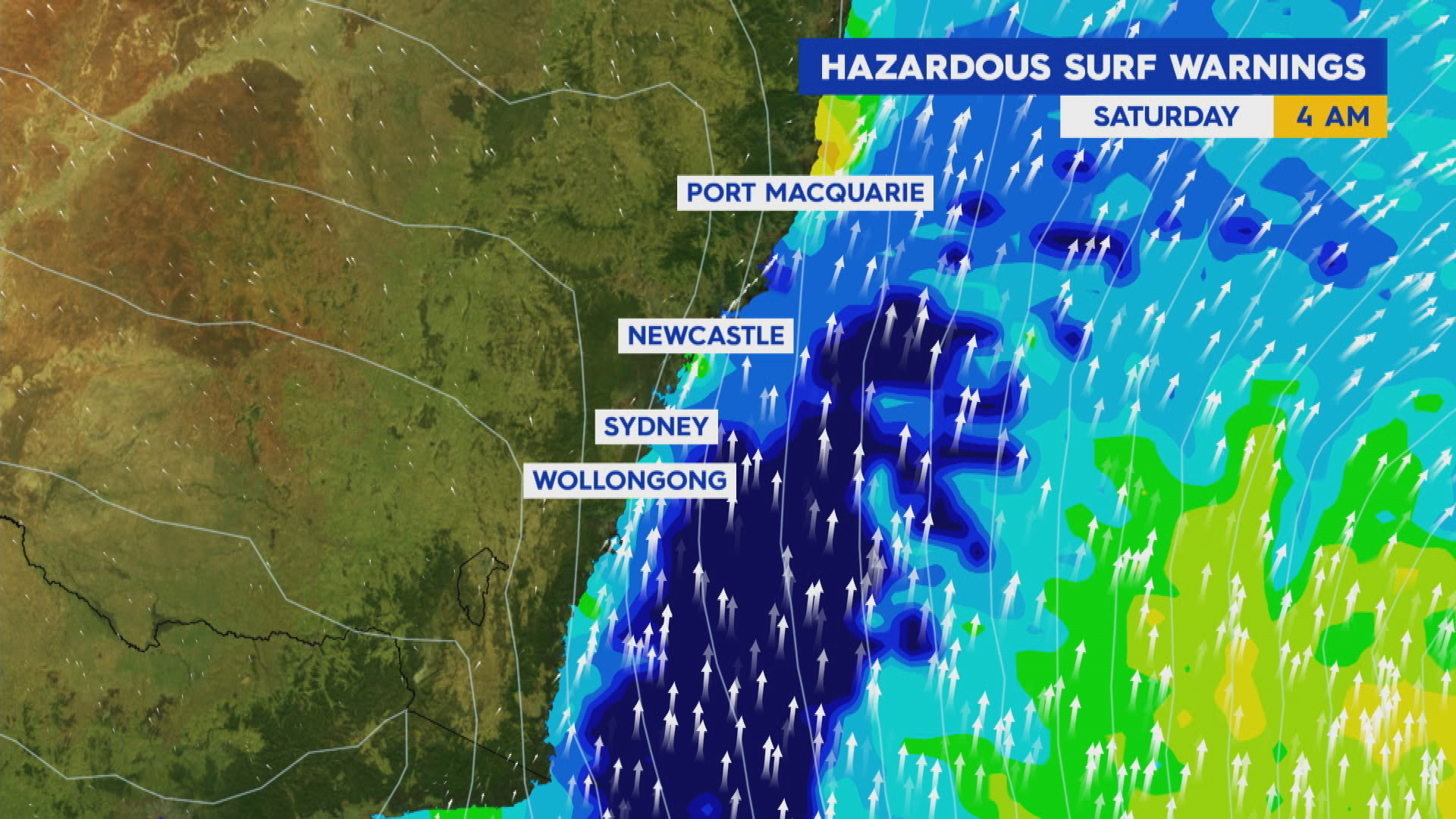 The low coming in over the Bight will also bring in a trough which will cause some showers and storms for southern parts of the Northern Territory and cooler temperatures across Western Australia and Victoria.

A high is increasing showers across coastal parts of Queensland which will accompany the hazardous surf – leaving large parts of the state wet in the next 48 hours.

Tasmania and the capital are also in for wet weather with temperatures not exceeding 20C for either.