When surfer Nick Minogue swung a clenched fist at the beastly eye staring back at him his first punch missed its target.

When surfer Nick Minogue swung a clenched fist at the beastly eye staring back at him his first punch missed its target.

It was mid-morning last Sunday and the 60-year-old had turned to paddle the 300m back to shore on New Zealand's Coromandel Peninsula when he felt a bang to the left side of his body. Seconds later, a large shark surfaced amid a surge of water, its jaws clamping to the front of his surfboard.

"I'd been out for about two hours and was waiting just for a wave in and bang it hit me on the side of the arm on the elbow. All this water came up as well as a big shark's head," Mr Minogue told nine.com.au. 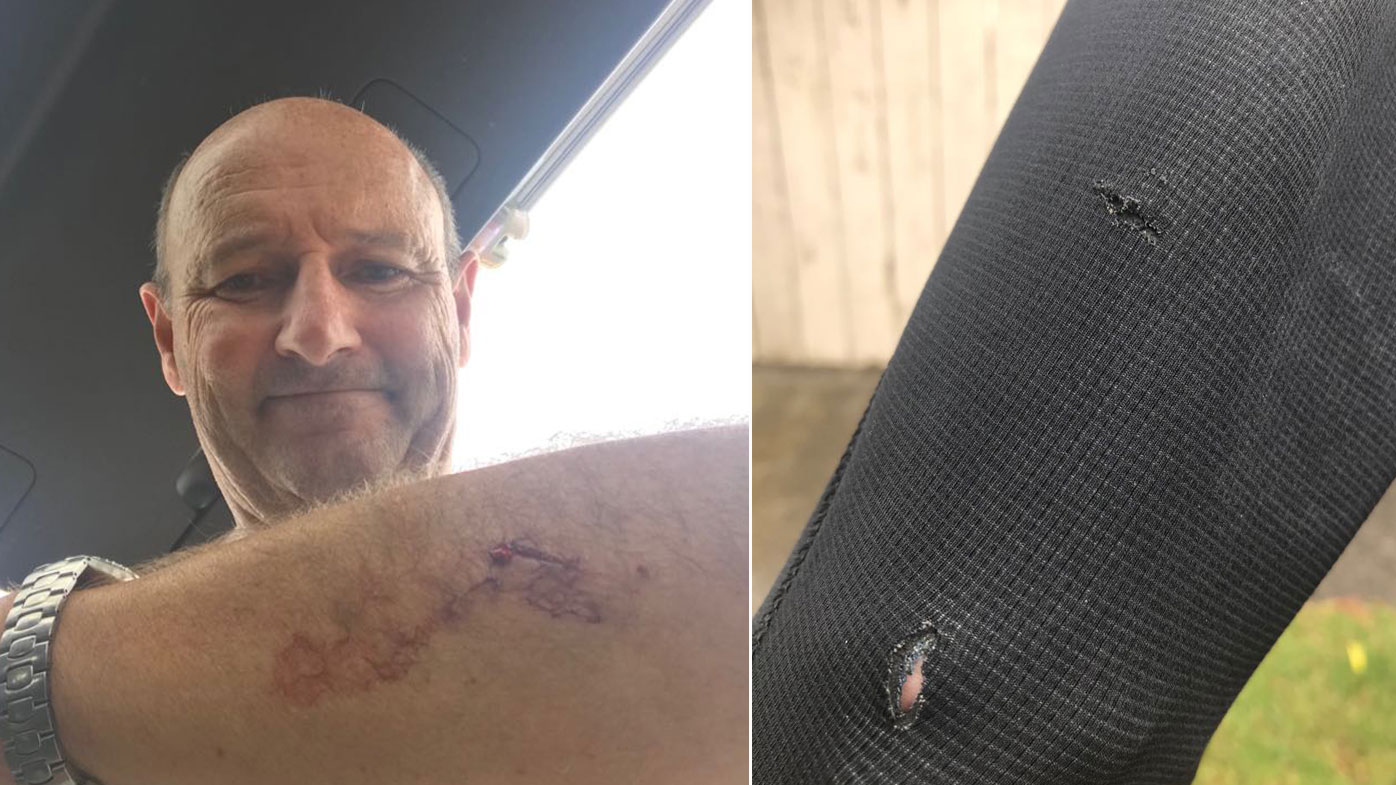 "I was just fixated on the eye looking back. I didn't want to punch anywhere near its teeth."

Mr Minogue said after his second punch, the shark rolled a layer above its eye and the sharp, deep crunching sound of the crumbling fiberglass board beneath him started to subside.

"It slowly started swimming off… I turned around and paddled for about 20 to 30 metres before it came back for another look. That made me paddle even more quickly," he said. 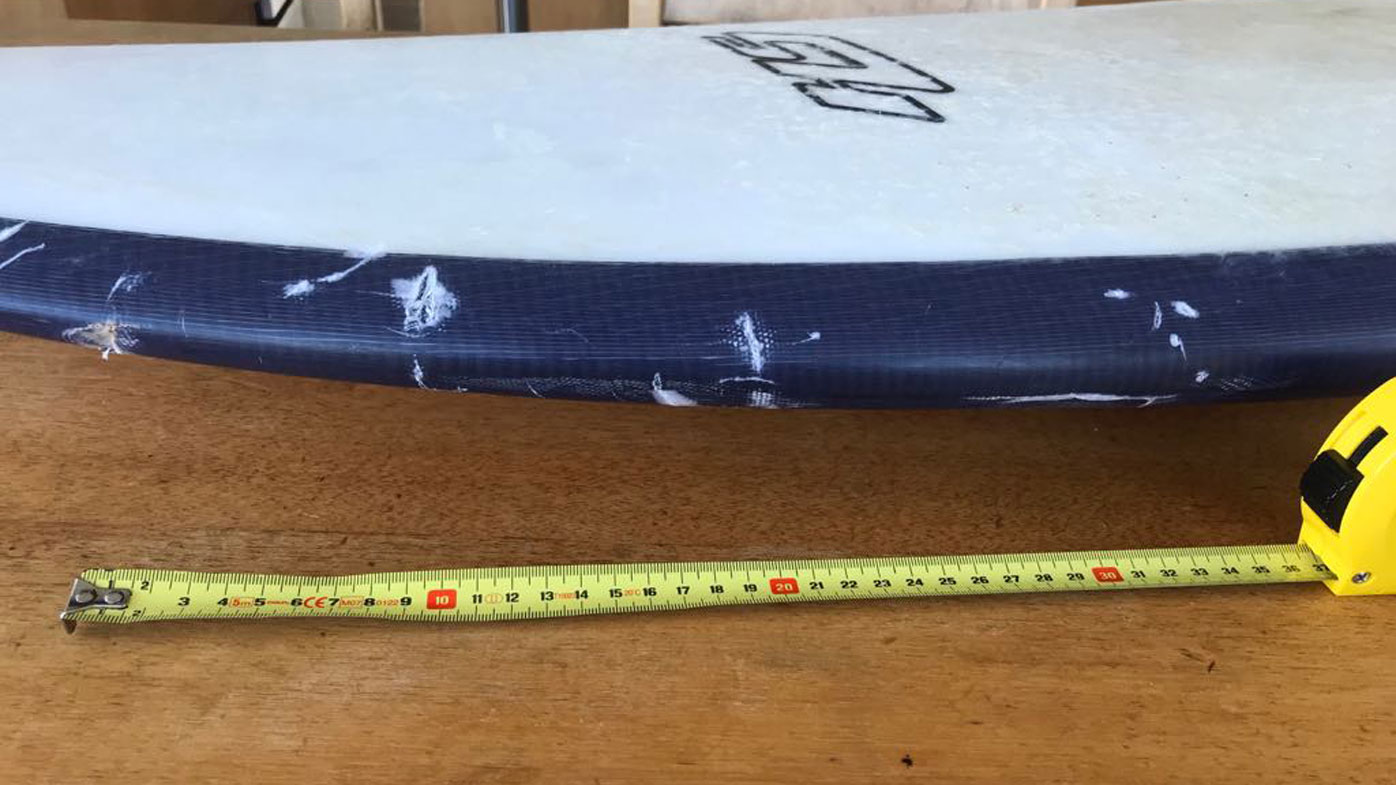 Mr Minogue and a close mate had made the spontaneous decision to drive the two hours from Auckland to Pauani Beach that morning for a quick surf. They had followed the "good swell" carried across from Australia by Tropical Cyclone Wasi.

Out on the water they were joined by a third surfer, a tourist from Germany. The tourist was the first to yell out to Mr Minogue as the shark's torso breached the water's surface.

Yet, Mr Minogue never heard the tourist's bellows. His thoughts were only on seeing his three children and wife again.

"He (the tourist) was amazed by the shark's torso and how it was bigger than me. He saw it immediately and he initially shouted...," Mr Minogue said, adding that he only learned of this after the tourist contacted him on social media after the three men were safely back on shore. 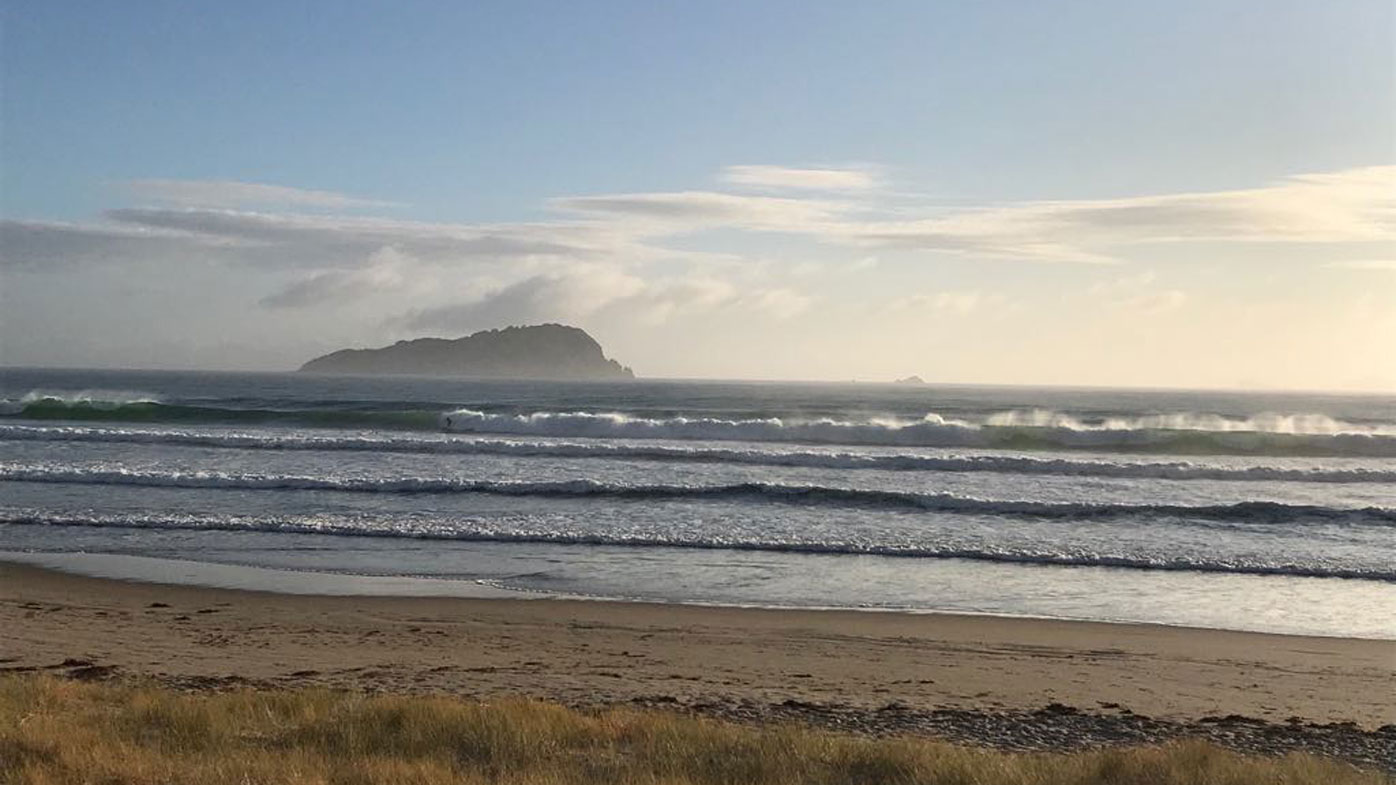 Mr Minogue said at one point he did hear the tourist yelled out for help as they each battled against fatigue to catch a small wave back onto the beach. Back on shore Mr Minogue noticed some bloody water seep out of his wetsuit sleeve.

A quick inspection in the beach carpark revealed a deep scratch to his arm where the shark's teeth had glanced his wetsuit. Nearby surf lifesavers offered to clean and dress his wound before taking photos, making a report and closing the beach.

A few days after his encounter there was a report of a 3.5m white pointer in the area. Mr Minogue is still unsure if it is the same shark.

Despite his ordeal, Mr Minogue intends to continue enjoying the waves. 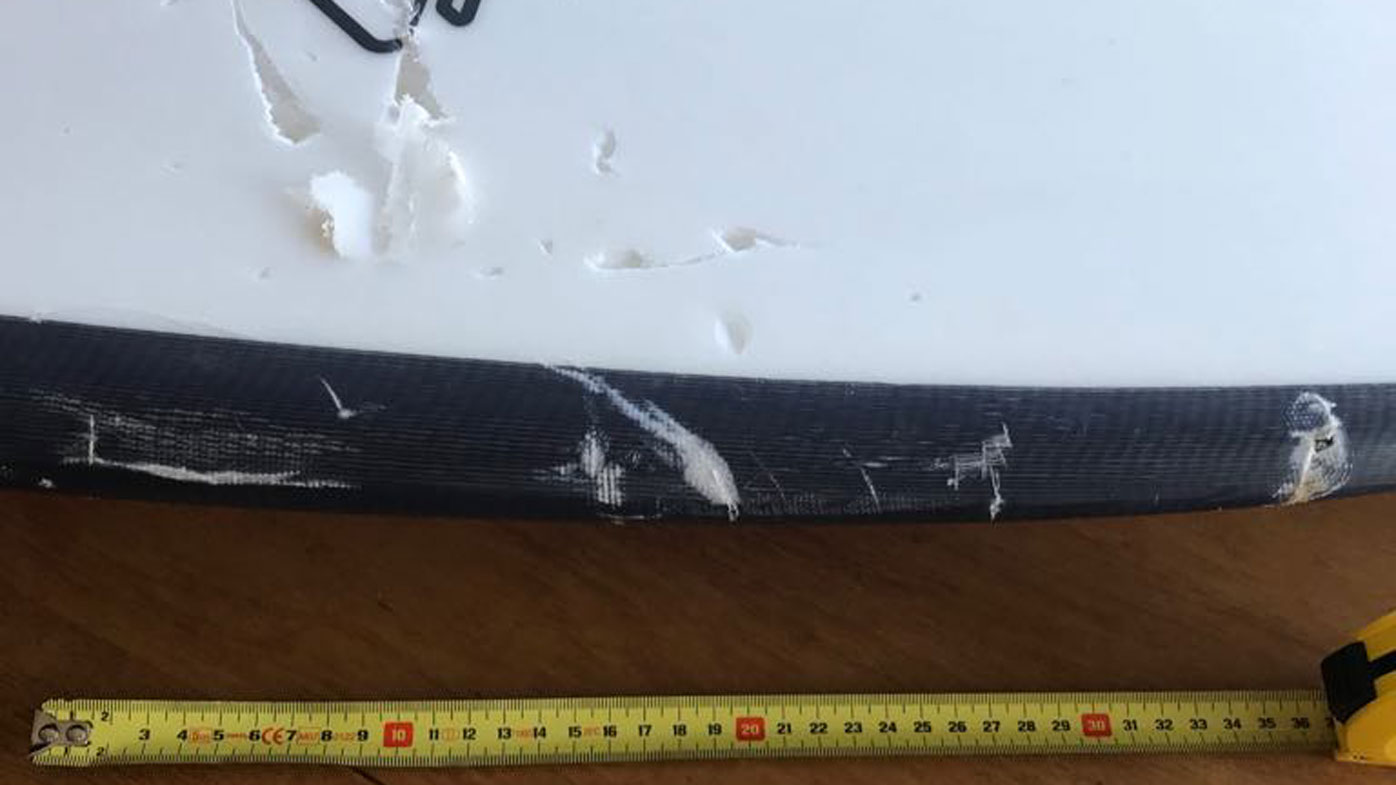 "I've been surfing since I was 10. It's my favourite sport. I'm heading down to Dunedin for a surf trip this weekend… I'm hoping for small surf," he joked.

READ:  Four-year-old boy dies after being hit by garbage truck in Tasmania

He has already been back in the water for a paddle and a beach swim alongside others.

"I won't stop but I'll be more wary," he said, before offering this advice. "If it happens (to you), just hit it as hard as you can, the nose, eye and gills."