Flood warnings are being issued across eastern states as WA braces for an incoming cyclone.

Torrential rain currently drenching Australia's east coast is expected to stick around for the weekend, with flood warnings in place for Queensland and New South Wales.

The NSW SES has already had more than 600 calls for help, and five people have been rescued from floodwaters.

People have been warned to be alert, not to drive through floodwaters, and to stay away from the beaches where dangerous currents and king tides are forecast. 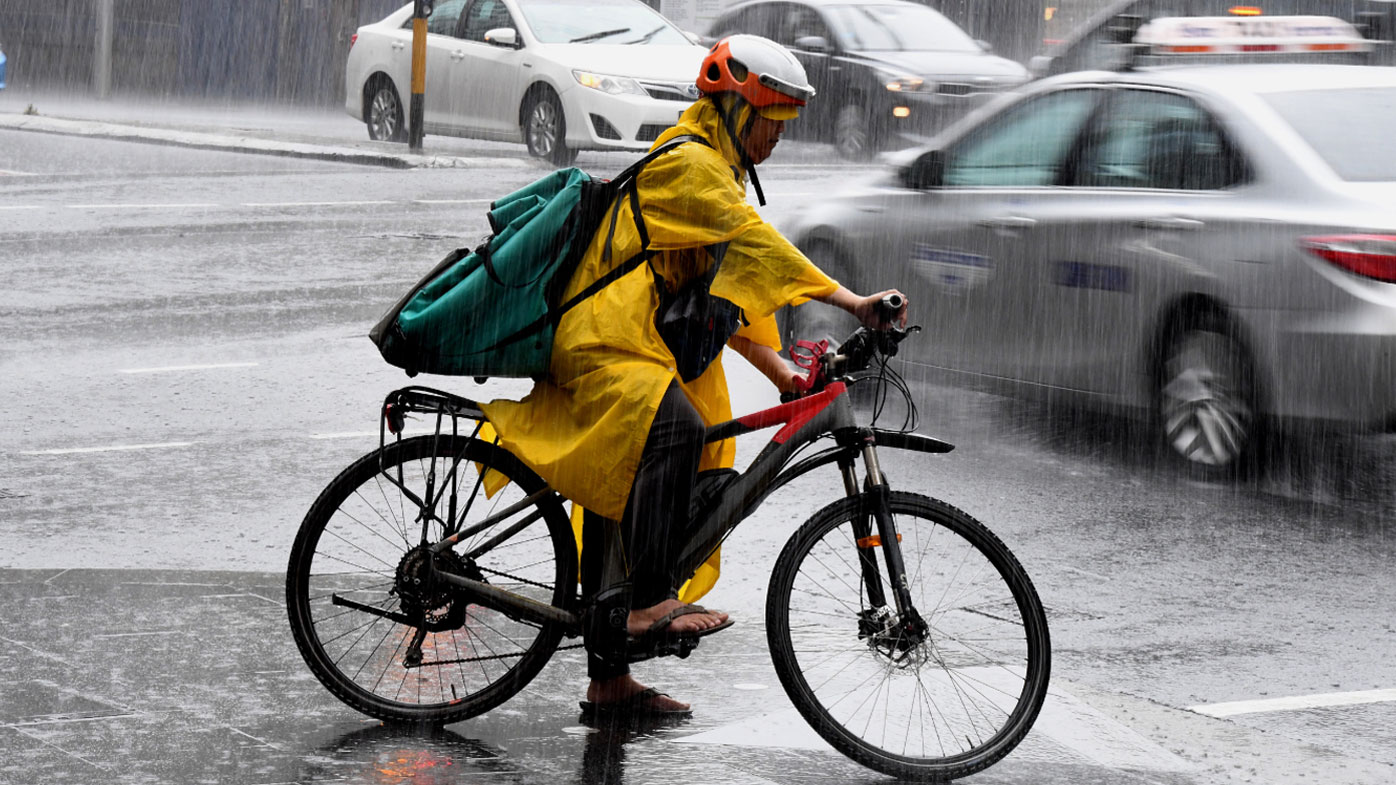 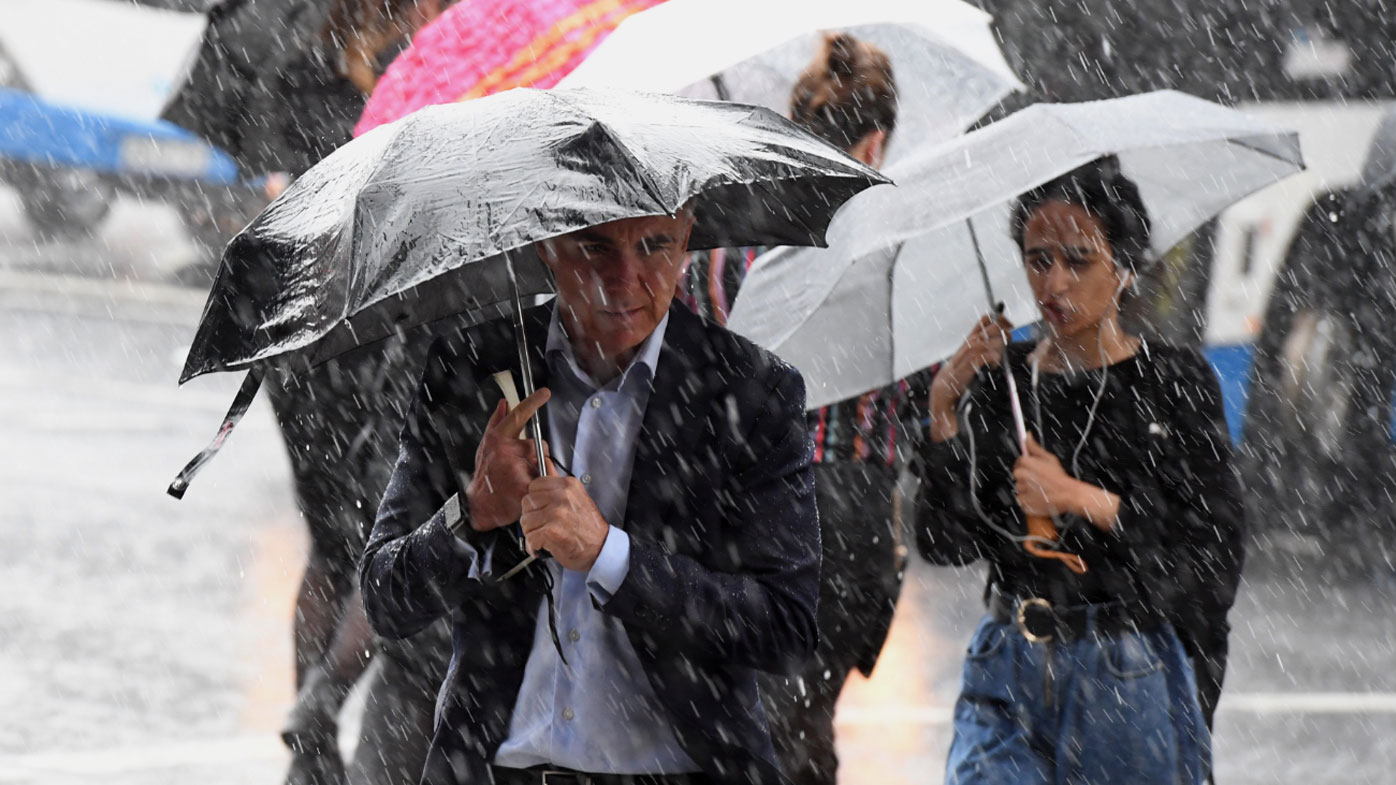 "People that are planning a weekend surfing or at the beach, should be well prepared that they will not be lifesavers," NSW Minister for Emergency Services David Elliot said today.

"They need to be aware of the fact that if the flags are crossed, that it is too dangerous for people to engage in aqua activities. Rock fisherman, likewise.

"They are heavily discouraged from going out this weekend, it is again too risky," he added.

While this weather is not abnormal for this time of year, the heavy rains contrast with the extreme dry weather that may cause more damage than usual. 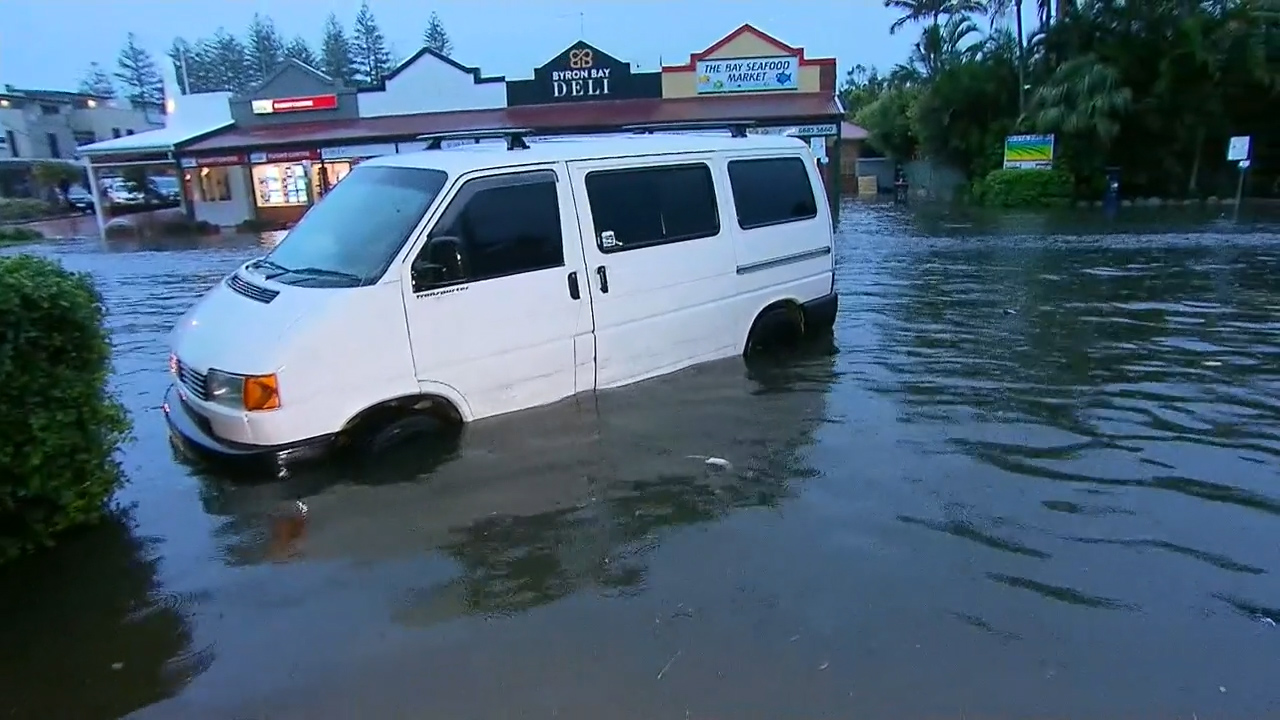 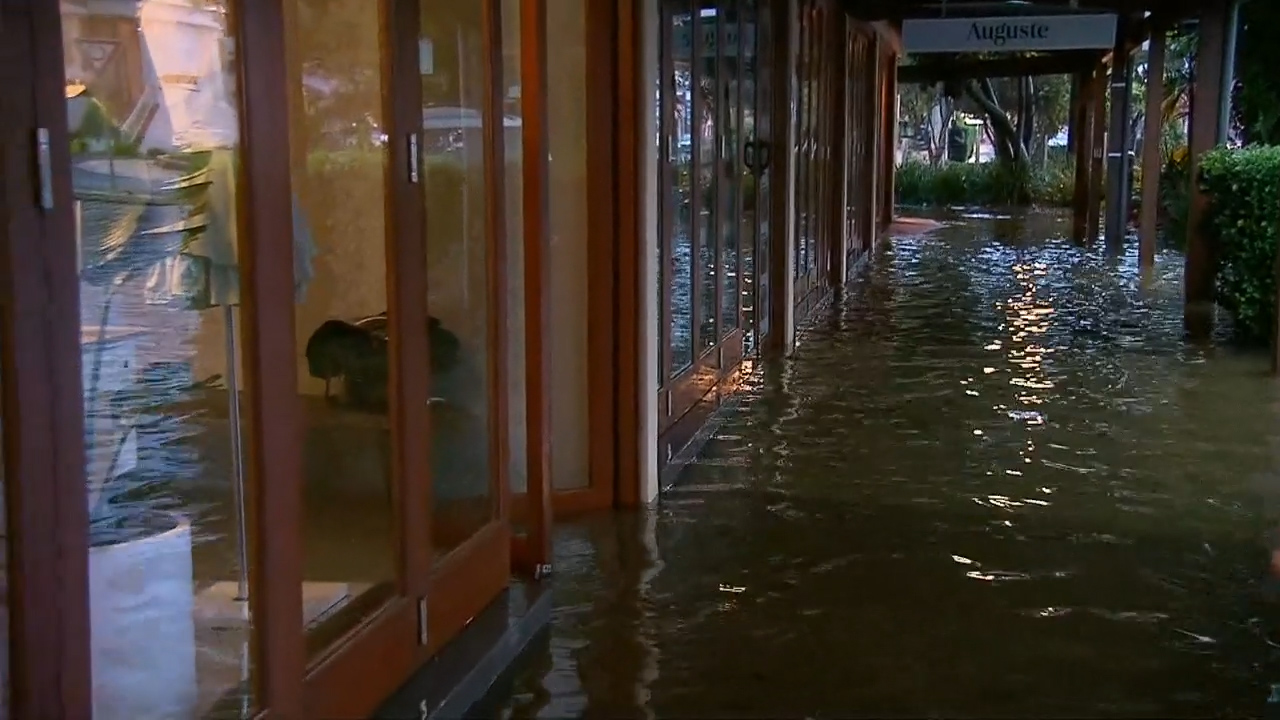 "The fire damaged areas will bring extra risks to some of those conditions, as the heavy waters and floods move through some of these areas," NSW State Emergency Service Commissioner Carlene York said.

The SES has moved additional resources up to northern NSW, which has been hit particularly hard, with the main street of Byron Bay turned into a river after flood waters inundated shops and vehicles along the strip.

There are also concerns about landslips later in the weekend after days of heavy rain on the South Coast.

"In some places there is not a lot of vegetation around to stabilise the slopes," the Bureau of Meteorology's acting NSW State Manager, Jane Golding, said.

"The debris may build up in the rivers and when it gets pushed along, that elevates the risk of flash flooding down the rivers. So, water moving at high speed down a river and the water level rising quite quickly."

Byron Bay was hit with more than 200mm today, while Cape Byron's received 275mm – the heaviest daily total since records started in 2002.

There was also 220mm recorded at Gleniffer and Bellingen, 217mm at Kooroowi and 216mm at Thora Post Office.

The BoM has issued a severe weather warning with heavy rainfall and damaging winds expected for the Mid North Coast, Metropolitan, Illawarra and parts of Northern Rivers, Hunter, Central Tablelands and Northern Tablelands.

"A coastal trough near the northern NSW coast is bringing increased rainfall to the area," explained the BoM.

"This trough is expected to deepen and gradually shift southwards, increasing rainfall along the central and southern parts of the coast and adjacent ranges during Friday and over the weekend. "For some areas, intense rainfall rates and gusty winds are possible with thunderstorm activity."

The location of the heaviest falls will be determined by the movement and strength of the coastal trough, with damaging winds in excess of 90 km/h possible for coastal areas between Gosford and Coffs Harbour today.