World premieres, Australian debuts and festival-specific commissions will form part of an eclectic and ambitious program being put together for City of Newcastle’s flagship arts event. The first details of the New Annual program will be unveiled at Civic Theatre tonight, showcasing the diverse line-up of visual and performing artists on the program for the … Continue reading “Curtains go up on inaugural New Annual program”

World premieres, Australian debuts and festival-specific commissions will form part of an eclectic and ambitious program being put together for City of Newcastle’s flagship arts event.

The first details of the New Annual program will be unveiled at Civic Theatre tonight, showcasing the diverse line-up of visual and performing artists on the program for the 10-day festival, which runs from 12-21 February 2021 and will feature more than 100 artists and 50 events.

Newcastle Lord Mayor Nuatali Nelmes said the event represented a $750,000 City investment in the arts and cultural sector at a difficult time for the industry.

“City of Newcastle is proud to invest in the arts, with the New Annual celebrating the depth of talent in our thriving cultural sector and providing a platform for national artists to showcase their work in our city,” Cr Nelmes said.

“Our long-term goal is to position New Annual as a leading arts festival on the national events calendar, sitting alongside Sydney Festival, Vivid Sydney and Adelaide Fringe.

“Over time the festival will grow to become a significant generator of cultural tourism, using arts and culture to share the city’s stories with the world, and position Newcastle as an innovative and creative region with a vibrant cultural history and bright future.”

The program features five festival-specific works commissioned from local artists and companies as part of a $86,096 grant from the NSW Government’s Arts and Cultural Funding Program. These include a new contemporary dance piece by Catapult Choreographic Hub inspired by and performed in the iconic Civic Park fountain and a shipping container turned cabaret theatre, bar and festival hub for local performances including an anchor show by Fingers Crossed Creative. 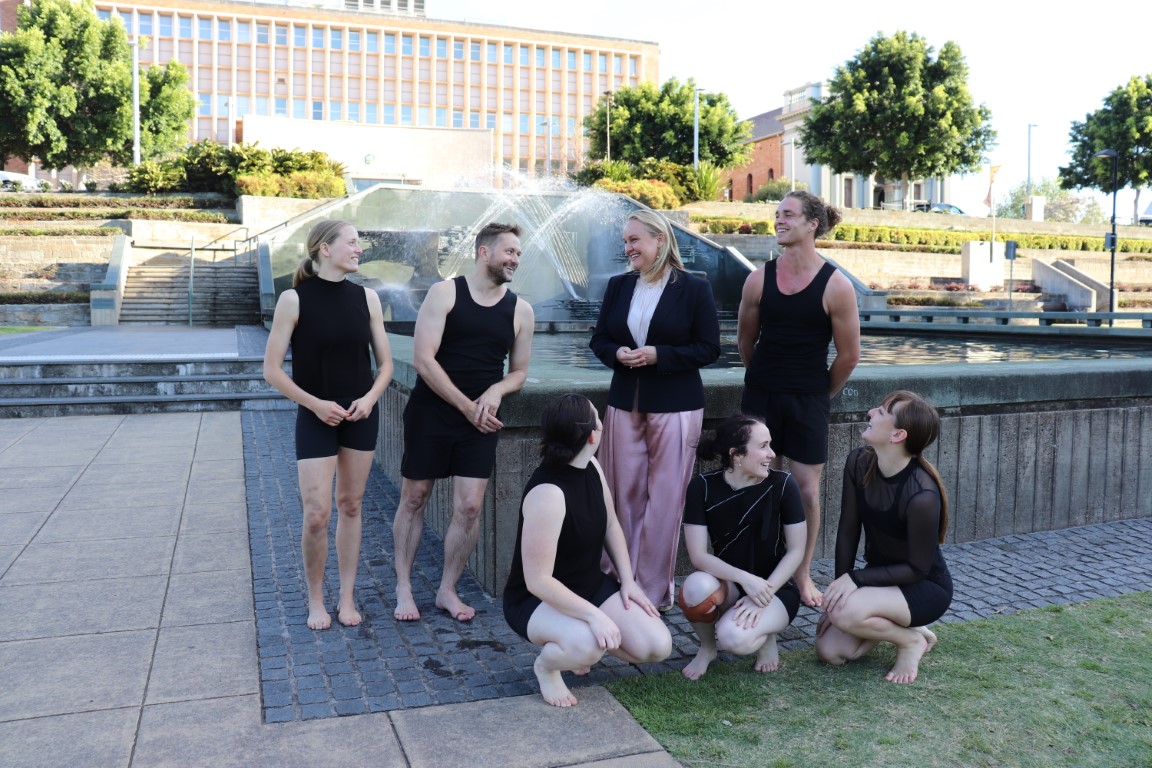 The invited artist program will include everything from the world premiere of two new compositions performed by Omega Ensemble, to a football-inspired new urban movement form founded by Feras the Shield and Maestro Ahil, while the Civic Theatre, Newcastle Art Gallery, Newcastle Libraries and Newcastle Museum will also present a range of performances, exhibitions and podcasts.

“Newcastle has a thriving arts scene, with more artists per capita than any other city in Australia. We also have some of the most fantastic cultural venues, from the heritage-listed Civic Theatre and the iconic City Hall to the wonderful Newcastle Art Gallery, which houses one of Australia’s finest collections of public art,” Cr Duncan said.

“New Annual will provide Newcastle’s thriving independent arts sector with an opportunity to present work on a larger scale while attracting leading artists and audiences to share in this landmark arts event.” 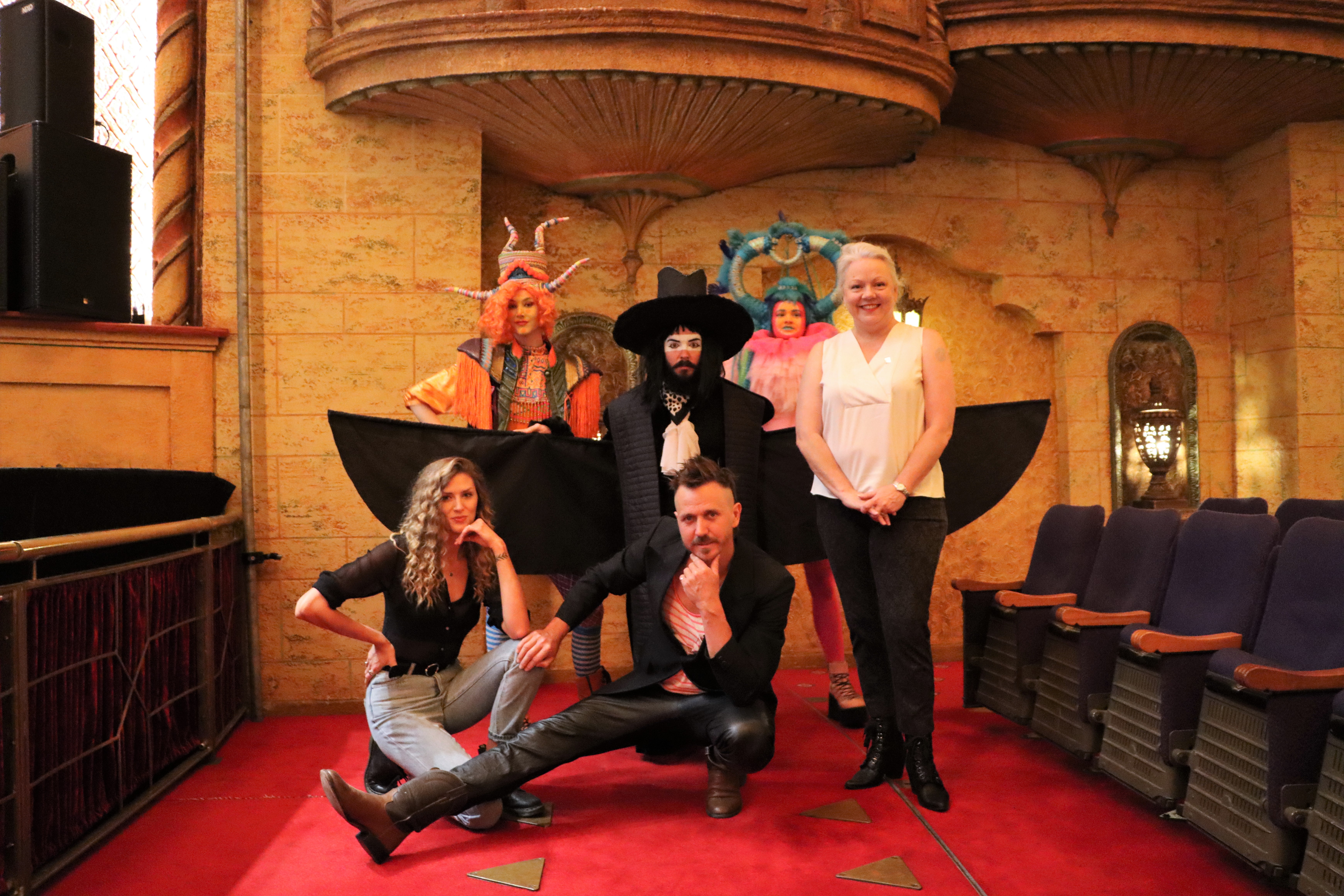 New Annual’s program has been designed with the flexibility to operate as a COVID Safe event depending on Public Health Orders. To find out more visit www.newannual.com. The full program and tickets will be released in early January 2021.

Massive Band is a community-engaged project that invites girls and women to join a massive rock band. A series of workshops conducted over several months teach participants to play three iconic rock songs by legendary women artists, which are then performed on mass at the performance event, led by Bree Van Reyk.

Newcastle’s renowned professional contemporary dance company Catapult Choreographic Hub are working on a new site-specific commission to be performed in the iconic Civic Park Fountain. It will make use of its striking architecture and explore the same themes as the fountain itself – Newcastle’s unique balance of beautiful natural environment and history as an industrial city.

Curious Legends are a local visual theatre company best known for their large-scale illuminated puppet performances for children and families. They have been commissioned by City of Newcastle to create a new site-specific performance at Summerhill Waste Management Centre that will explore themes of sustainability, waste reduction and environmental care.

Passenger is a theatre work, which places its audience inside a moving suburban bus. Passenger references Western films where the cowboy seeks to ‘right’ a ‘wrong’ that the law neglects or cannot rectify. Two strangers discuss the ethics of contemporary life before the female reveals her true identity and her mission of retribution. Written by Nicola Gunn and directed by Jessica Wilson and Ian Pidd, Passenger is a sweeping and cinematic theatrical experience.

The Civic Theatre will come alive throughout the festival, with Civic Bar becoming a hub of nightly programming, including the return of crowd favourite Civic Bar Beats.