China has acknowledged that the coronavirus death toll in the epicentre city of Wuhan was nearly 50 percent higher than reported, underscoring how official counts worldwide may be understating the dimensions of the disaster.

China has acknowledged that the coronavirus death toll in the one-time epicentre city of Wuhan was nearly 50 percent higher than reported, underscoring just how seriously the official numbers of infections and deaths around the world may be understating the dimensions of the disaster.

In Italy, Spain, Britain, the United States and elsewhere, similar doubts emerged as governments revised their death tolls or openly questioned the accuracy of them.

"We are probably only seeing the tip of the iceberg," Barcelona University epidemiologist Antoni Trilla said. Mr Trilla heads the Spanish government's expert panel on the crisis. 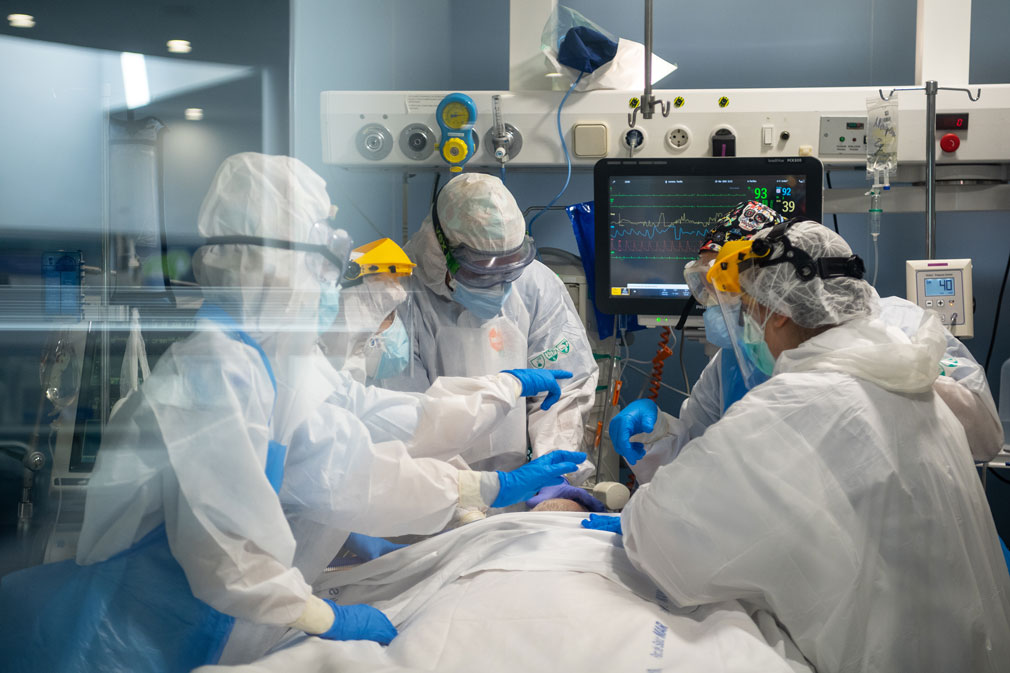 Worldwide, the outbreak has infected more than 2.1 million people and killed over 145,000, according to a Johns Hopkins University tally based on figures supplied by government health authorities around the globe.

Authorities say infections and deaths have been under-reported almost everywhere. Thousands have died with COVID-19 symptoms – many in nursing homes, which have been ravaged by a disease that hits the elderly the hardest – without being tested.

Four months into the outbreak, nations are still struggling to increase their testing capacity, and many are still far from their goal.

In Italy, officials have acknowledged that the country's official death toll of more than 22,000 understates the true number, primarily because it doesn't include those who died in nursing homes and were not tested. 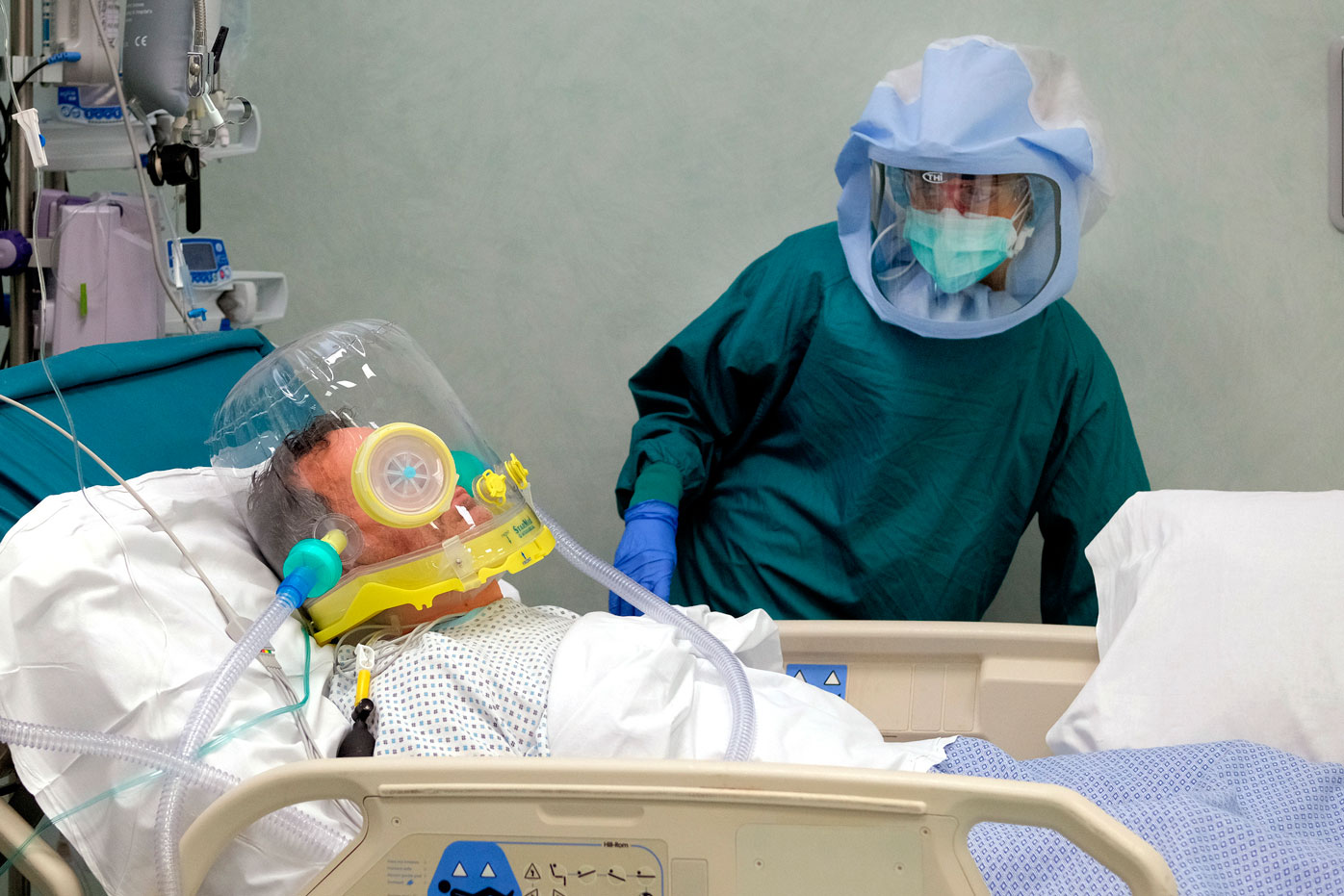 A government survey released today of about one-third of Italy's nursing homes found more than 6,000 residents have died since February 1. It was unclear how many were a result of COVID-19.

READ:  Money laundering with a twist as $250k found in dishwasher

In Britain, the official death toll of about 14,600 come under increasing scrutiny because it likewise does not include any deaths at home or in nursing homes.

The country's statistics agency has said the actual number of dead could be around 15 percent higher; others think it will be far more.

And in Spain, the country's 17 autonomous regions were ordered to adopt uniform criteria on counting the dead.

The country has recorded more than 19,000 deaths, but the system leaves out patients who had symptoms but were not tested before they died. 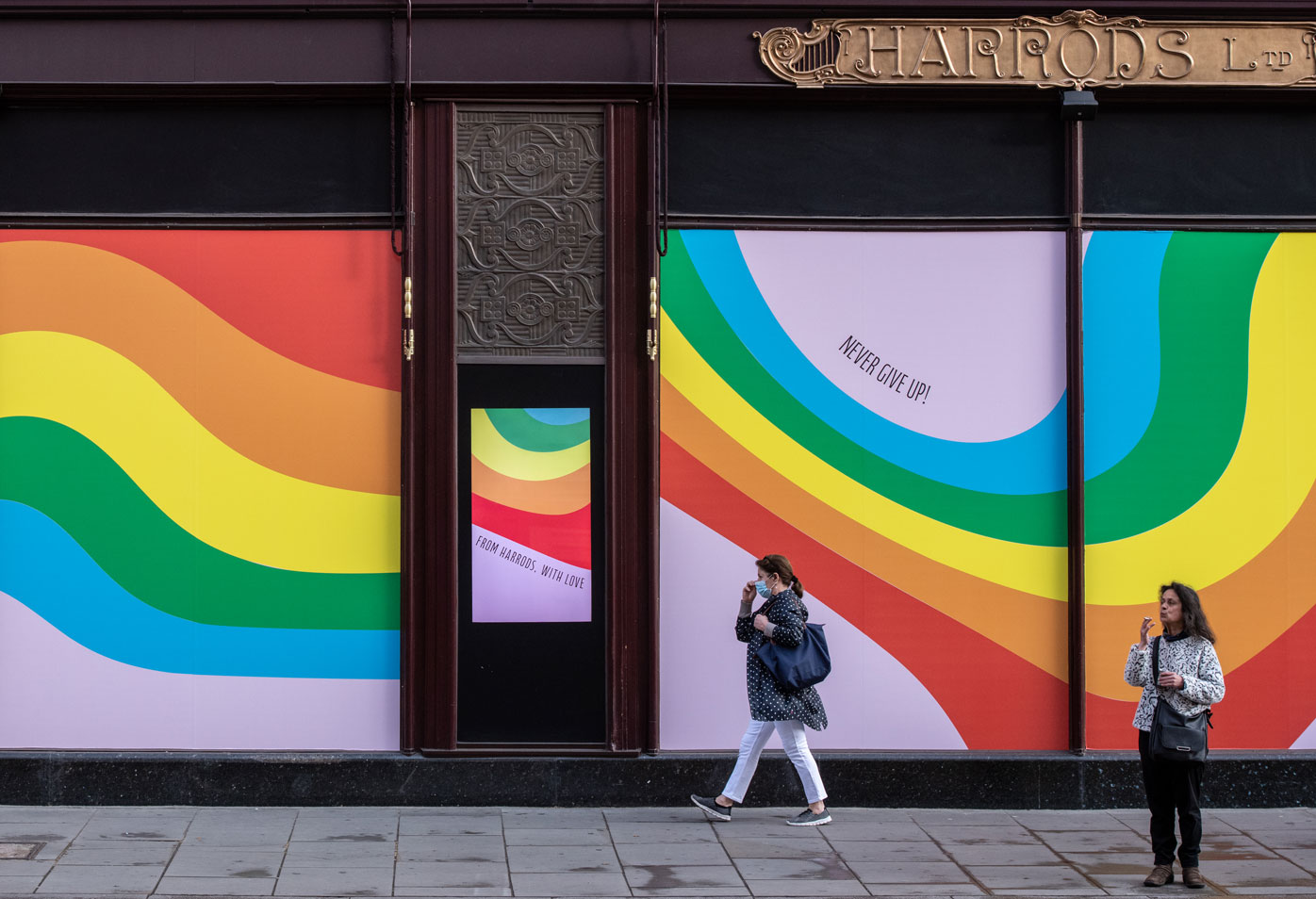 "There is a general feeling that the epidemiologists don't have a clue of what's going on, that experts know even less and that governments are concealing information, but I don't think that's true," Hermelinda Vanaclocha, an epidemiologist on Spain's top virus advisory panel, said.

China raised its overall death toll to over 4600 after Wuhan, where the outbreak first took hold, added nearly 1300 deaths.

Questions have long swirled around the accuracy of China's case reporting, with critics saying officials sought to minimise the outbreak that began in December.

That has been a struggle around the world, though. 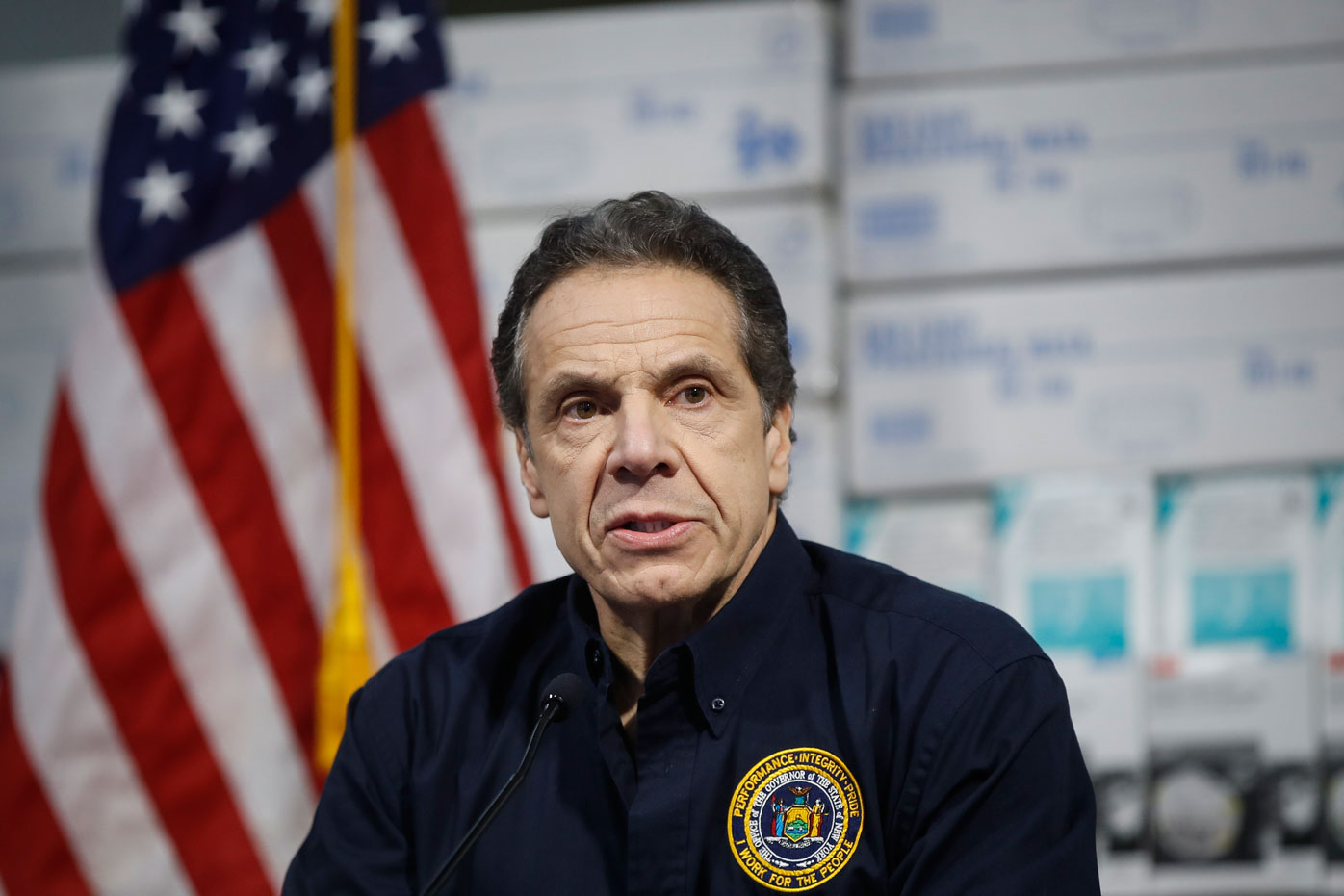 The official death toll in New York City soared by more than half earlier this week when health authorities began including people who probably had COVID-19 but died without being tested. Nearly 3800 deaths were added to the city's count.

Such figures can have a huge influence on governments' actions, as medical staffs struggle to figure out how to cope with surges of sick people and officials make crucial decisions about where to devote resources and how to begin easing lockdowns to resuscitate their economies.

China's economy shrank 6.8 percent in the quarter ending in March compared with the same period a year ago, its worst contraction since market-style economic reforms began in 1979.

The number of people applying for unemployment benefits in the US rose by 5.2 million, bringing the four-week total to a staggering 22 million.

US unemployment could reach 20 percent in April, the highest since the Depression of the 1930s.

Layoffs are spreading well beyond stores, restaurants and hotels to white-collar professionals such as software programmers and legal assistants.

President Donald Trump told the nation's governors on Thursday that restrictions could be eased to allow businesses to reopen over the next several weeks in places that have extensive testing and a marked decrease in cases.

"We are not opening all at once, but one careful step at a time," he said.

New York, the deadliest hotspot in the US, reported more encouraging signs Thursday, with a drop in the daily number of deaths statewide and the overall count of people in the hospital.

Still, New York state has over 40 percent of all US deaths, and Gov Cuomo extended the state's lockdown through at least May 15. 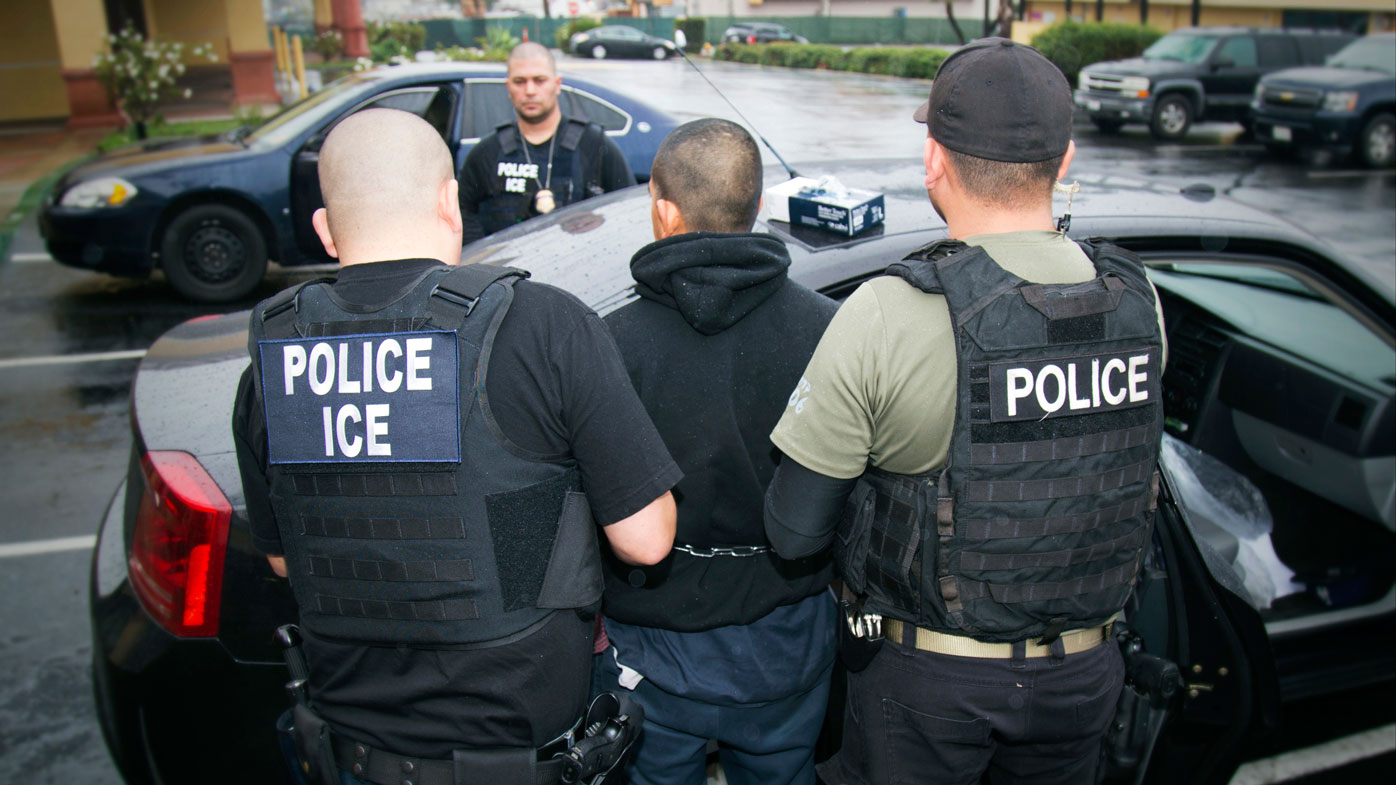 For breaking news alerts and livestreams straight to your smartphone sign up to the 9News app and set notifications to on at the App Store or Google Play. You can also get up-to-date information from the Federal Government's Coronavirus Australia app, available on the App Store, Google Play and the Government's WhatsApp channel. With AAP.