I've always seen Lego as a game, something fun, challenges with siblings, and all that kind of thing.

But that concept has gone to the next level with one of the most interactive bits of Lego I've used - Super Mario Lego.

My kids, aged 13, nine, and eight, have been having a ball with a little Mario figurine which is packed with technology to help make it the key to the whole game playing on "Mario levels" that are limited only by your imagination.

The Mario figurine is no normal Lego figure.  It's not a minifig. This is more a Duplo sized unit which, with a couple of batteries in the back, comes to life.

Building the starter kit and the many add-on expansion packs is all done with digital instructions on a tablet or smartphone - there are no paper instructions included.

Lego say this is because there is no set way to build the kit, only to get it started and learn the basics.

And those basics are just that.

Power Mario on and he comes to life.  Small LED screens light up as his eyes, and another on his chest for messages or icons. 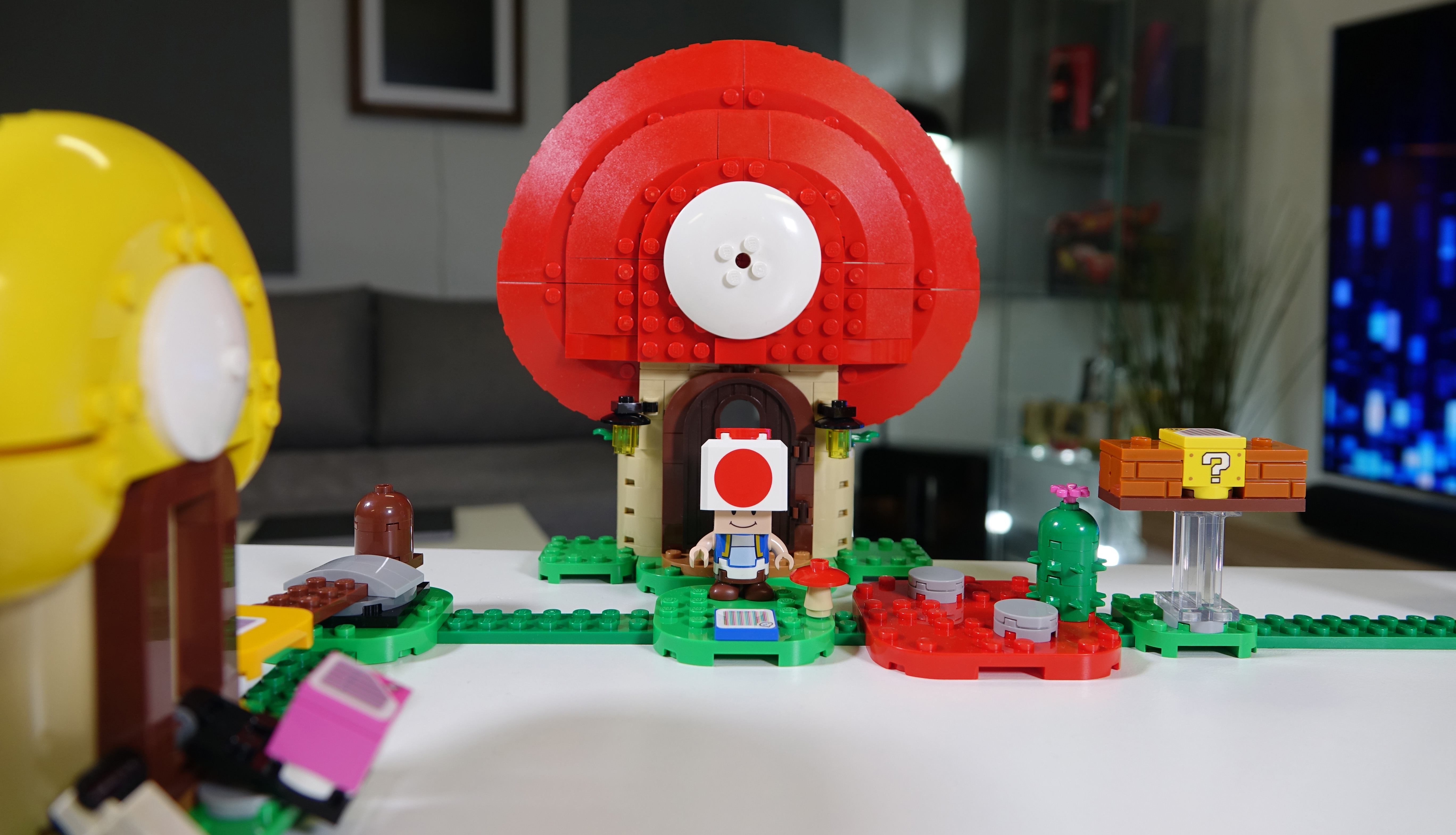 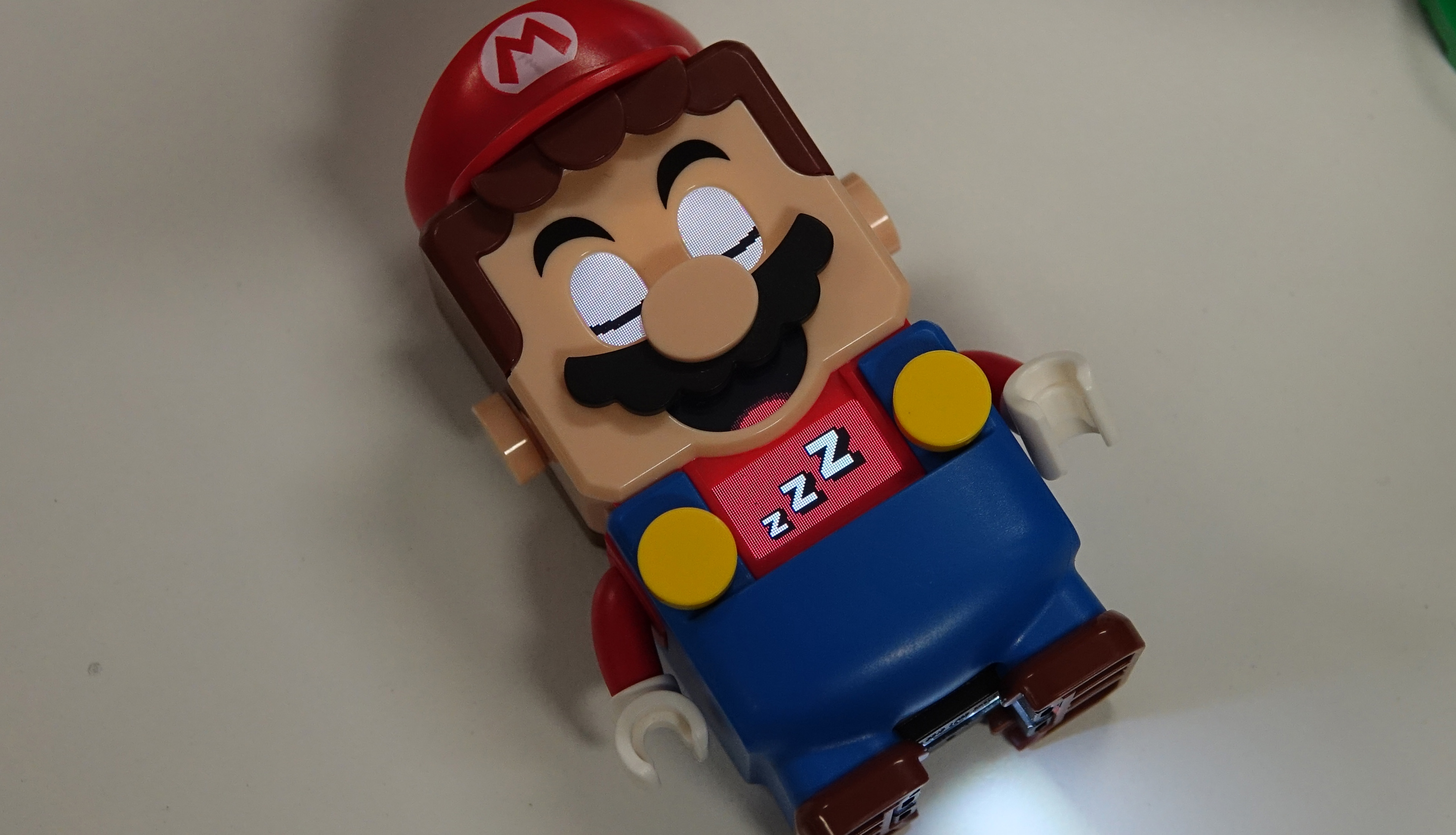 He speaks, in his iconic Italian accent, and he's packed with sensors.  Mario knows if he's lying down - he will snore a bit.

And he knows if you're changing his outfit - because when you remove his shorts he cries, "Mamamia!"

Underneath Mario are a set of sensors that can "see" the bricks he's standing on.  Each level you build can be made up of standard lego bricks, as well as feature items like Bowser, Yoshi or Whomp.

Then there are feature items like the Piranha Plant Power Slide Expansion Set (sold separately) which is a balance beam for you to slide Mario back and forth on without getting him caught by the Piranha plants, thus earning you coins.

Standing on a blue brick Mario thinks he's in water, on a red brick it's basically a game of "the floor is lava". 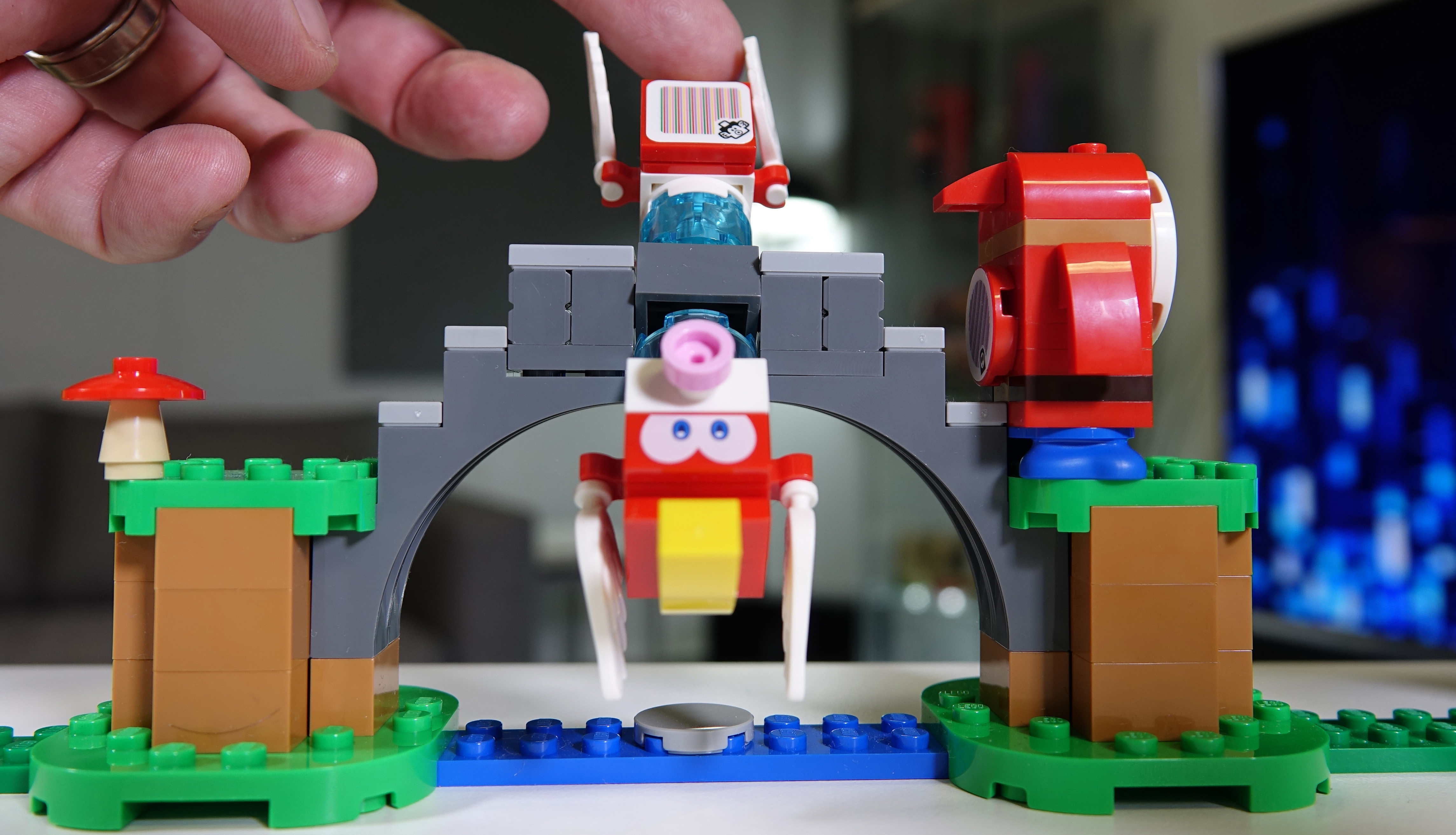 The bottom line here is, you can make a Mario level that is a few bricks long, or as complex as you like.  Integrate cool Super Mario Lego sets or combine them with your own.

His process is somewhat random, so it would be hard to score the exact same score - the challenge is to see who scores the most.

The base set goes on sale in August with pre-orders starting now.

It costs $89.99, but be prepared to spend more, your kids (and you) are going to want as many of the expansion packs as you can get.

A genuinely fun, family-friendly way to play - on the dining table, or the play-room floor.