A koala named Cuddles, who was rescued in Mallacoota, Victoria, has taken a surprising liking to those who found him.

A koala named Cuddles, who was rescued and cared for by volunteer vets in Mallacoota, Victoria, has taken a surprising liking to those who found him wandering throughout the fire-ravaged town.

Jack Bruce was visiting family when devastating bushfires swept through the town on New Year's Eve.

"A lot of our family's property was destroyed," Mr Bruce told 9news.com.au. 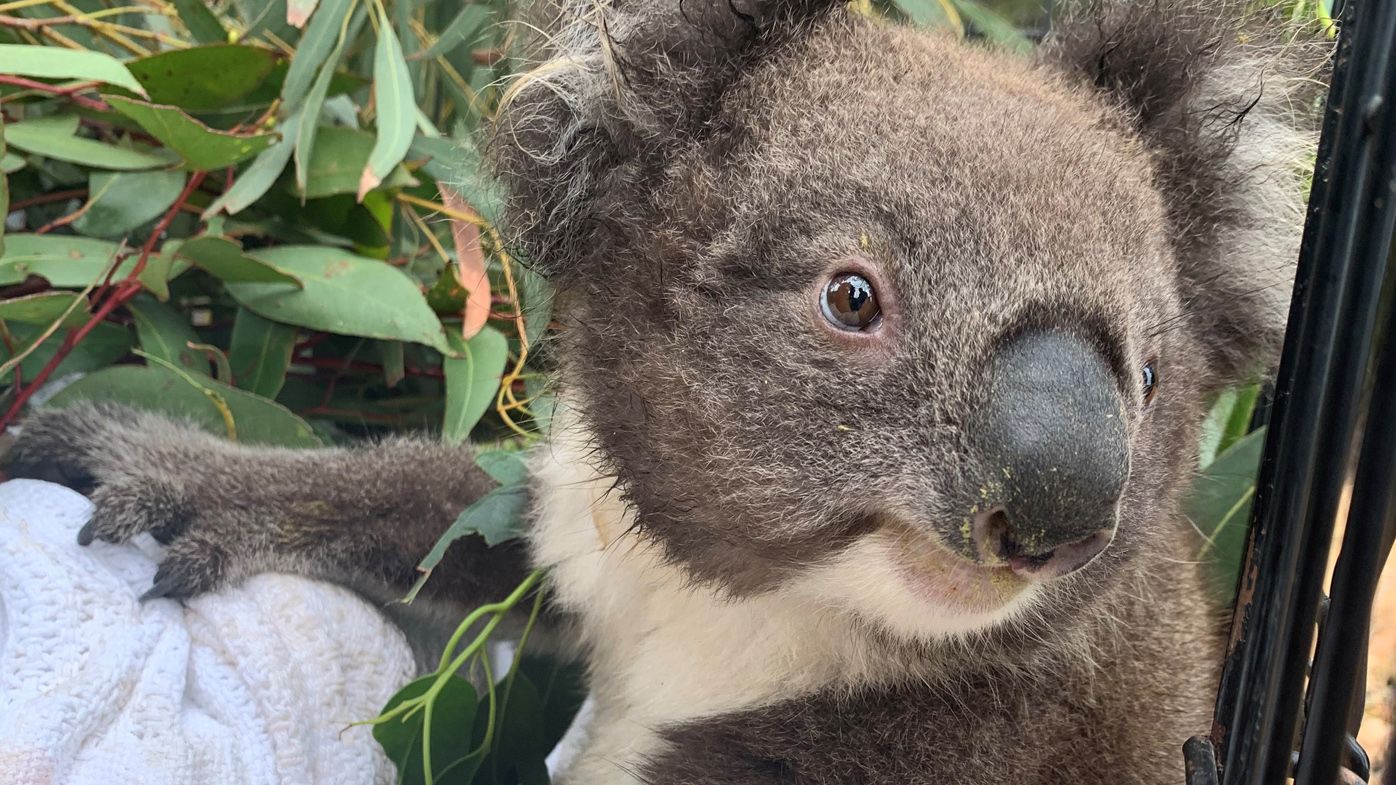 Seeing the extent of the destruction and wanting to do his part of the recovery effort, Mr Bruce decided to lend a helping hand by searching for injured wildlife in the area.

"At first it was just me and one other person but eventually we had a small team of about four people and we all went out and started looking for animals who needed help," he said.

The team of volunteers searched an area of just two square kilometres, recovering dozens of koalas in the first day.

"All the koalas I found were quite severely burnt, it was pretty confronting going out there and seeing that, they're at the mercy of the fires," Mr Bruce said.

"And if we hadn't gone out there they would still be out there suffering."

The situation quickly became overwhelming with many of the animals needing professional veterinary attention. 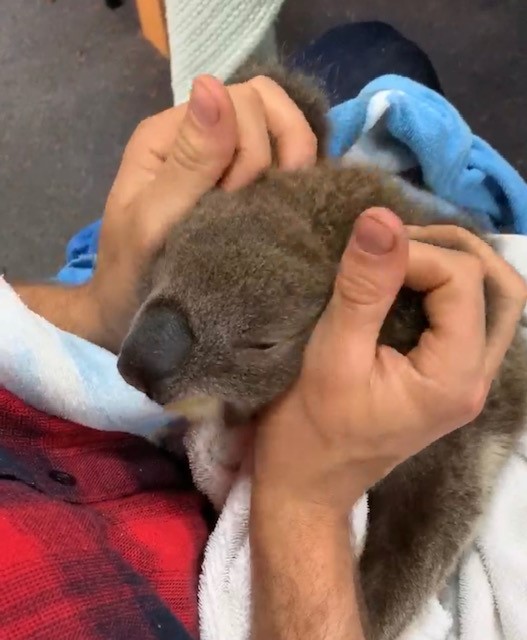 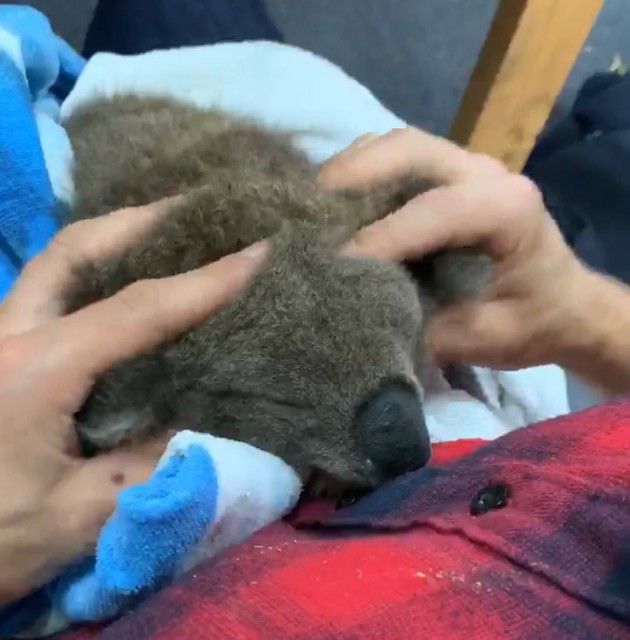 Within 24 hours, four vets from Healesville Koala Sanctuary and Vets for Compassion had arrived and a triage centre was set up to assist the animals.

As of January 14, more than 70 animals were found and treated at the triage centre, with the majority of these being koalas.

Unlike many of the animals Jack and his team recovered from the town's surrounding bushland, Cuddles was found stranded and alone in the town centre.

Fortunately, the koala hadn't been physically injured by the blaze, however doctors believe he was only a baby and had likely lost his mother to the fires.

Mr Bruce is the first to admit that animal rehabilitation isn't his area of expertise, but it didn't take long for Cuddles to warm up to his new carer.

"I've never had any experience with animals, but I took care of him and I was giving him head massages and feeding him."

Eventually, it was time for Cuddles to be released back into his natural habitat, but when the time came, the koala decided he wasn't quite ready to give up his new lifestyle.

"After a few days he was right to go so we took him up to a nice quite spot and we opened the cage and you could just see him go 'what the hell?'" Mr Bruce said.

He went to walk away but was surprised to see Cuddles follow him back.

Cuddles was taken back to the triage and vets have confirmed he will remain in their care until he's ready to make it on his own.