Donald Trump has been praised by the operators of a stranded cruise ship for helping it secure entry to Cambodia after five countries barred it.

Donald Trump has been praised by the operators of a stranded cruise ship for helping it secure entry to Cambodia after five countries barred it amid coronavirus fears.

The MV Westerdam became a maritime outcast even though cruise company Holland America Line said no cases of the viral illness were confirmed among its 1,455 passengers – including 79 Australians - and 802 crew members.

Some social media commenters dubbed the luxury liner the "Wester-damned" because of its plight.

Today hundreds of the passengers cheered as they finally disembarked in Cambodia and were welcomed by the nation's authoritarian leader. 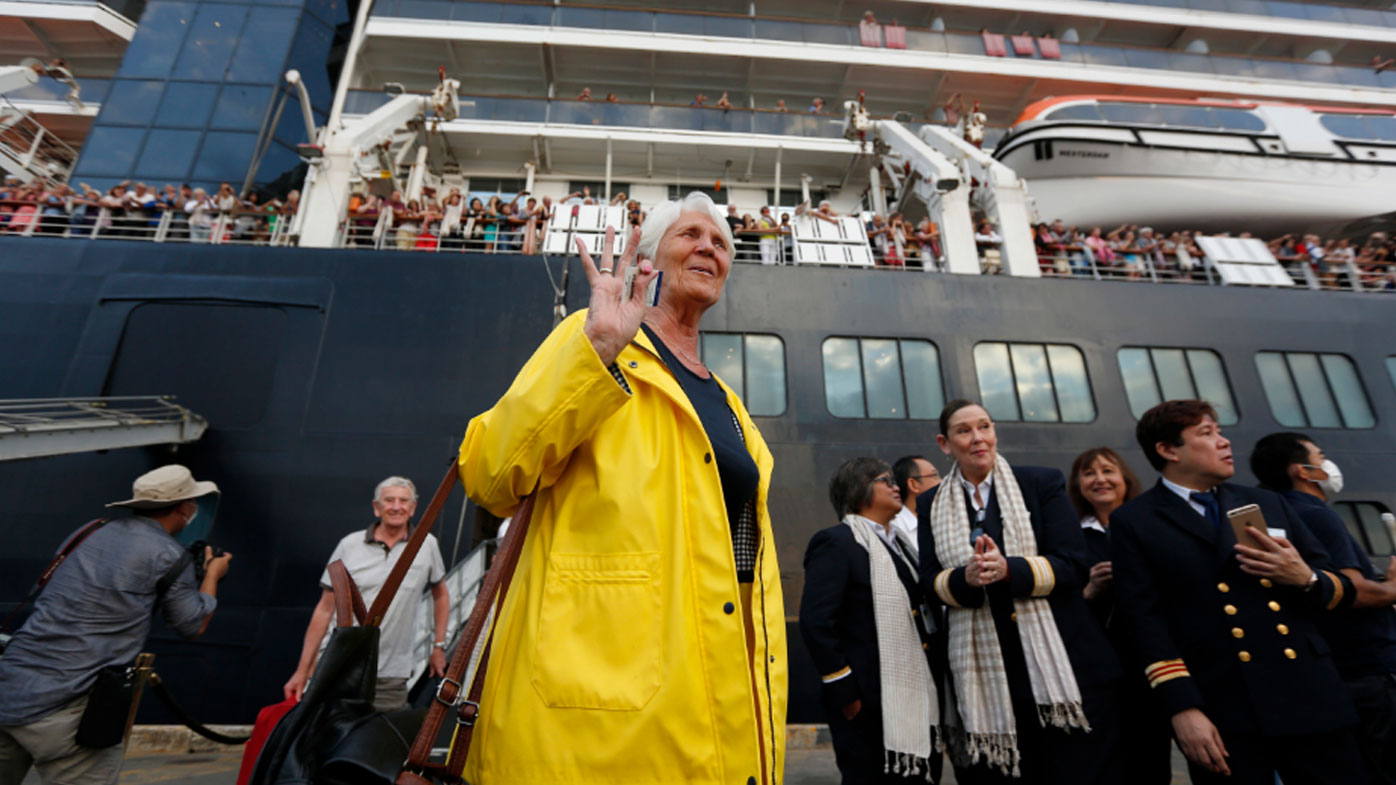 Prime Minister Hun Sen agreed to let the Westerdam dock at the port of Sihanoukville yesterday after Thailand, Japan, Taiwan, the US territory of Guam and the Philippines had barred the ship.

He praised President Trump, the US State Department and National Security Council for being "instrumental" in securing passage to Cambodia. 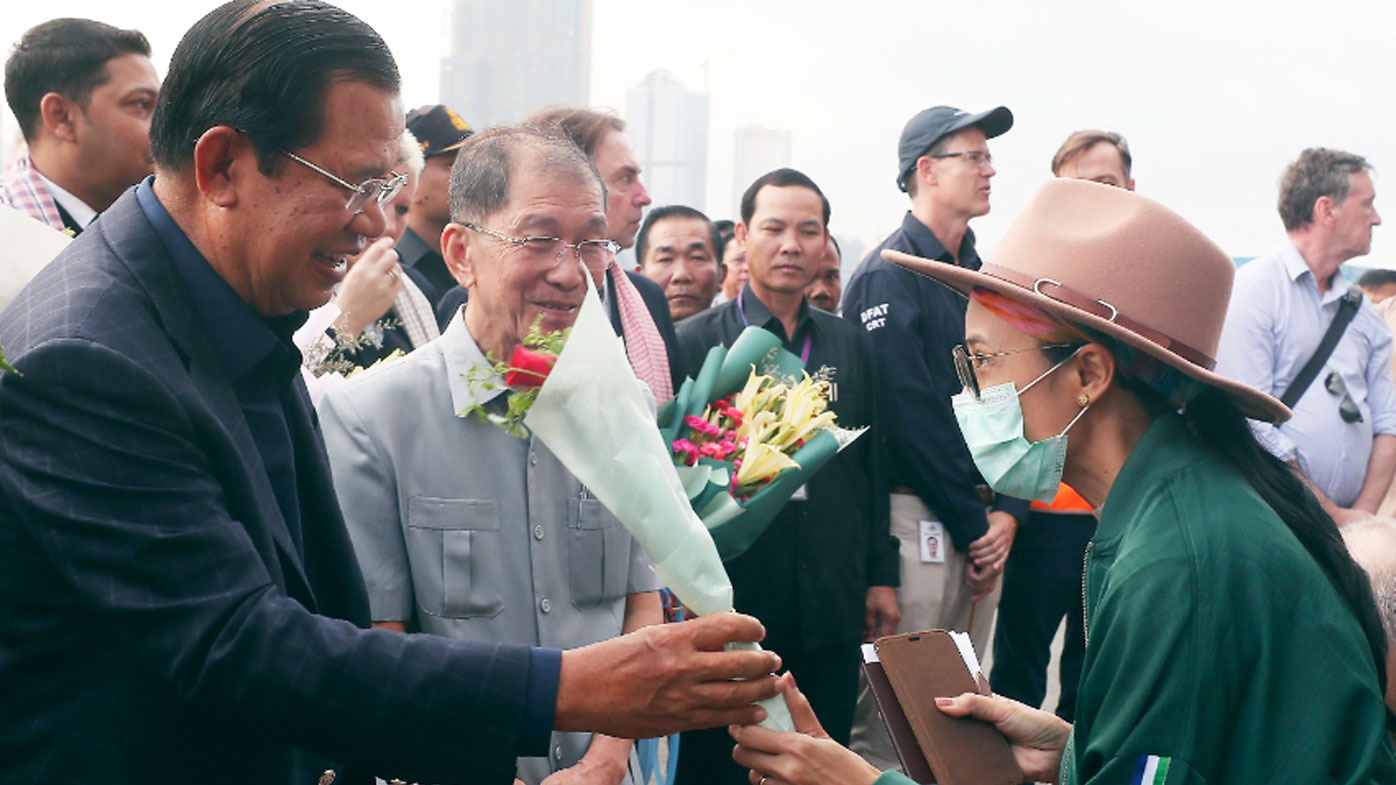 Among the first Westerdam passengers to step off the ship was Anna Marie Melon, from Queensland, who lauded Mr Hun Sen.

"How wonderful it is to be here. Thank you very much to the prime minister. He has a wonderful heart," she said.

"I'm very excited (to be here)," she said as she waved the rose the Cambodian prime minister handed to her.

The passengers cheered as they walked toward waiting buses and waved goodbye to other passengers watching from the ship's deck.

Twenty passengers had reported stomach aches or fever, but tests done at the Pasteur Institute in Phnom Penh showed none had coronavirus. 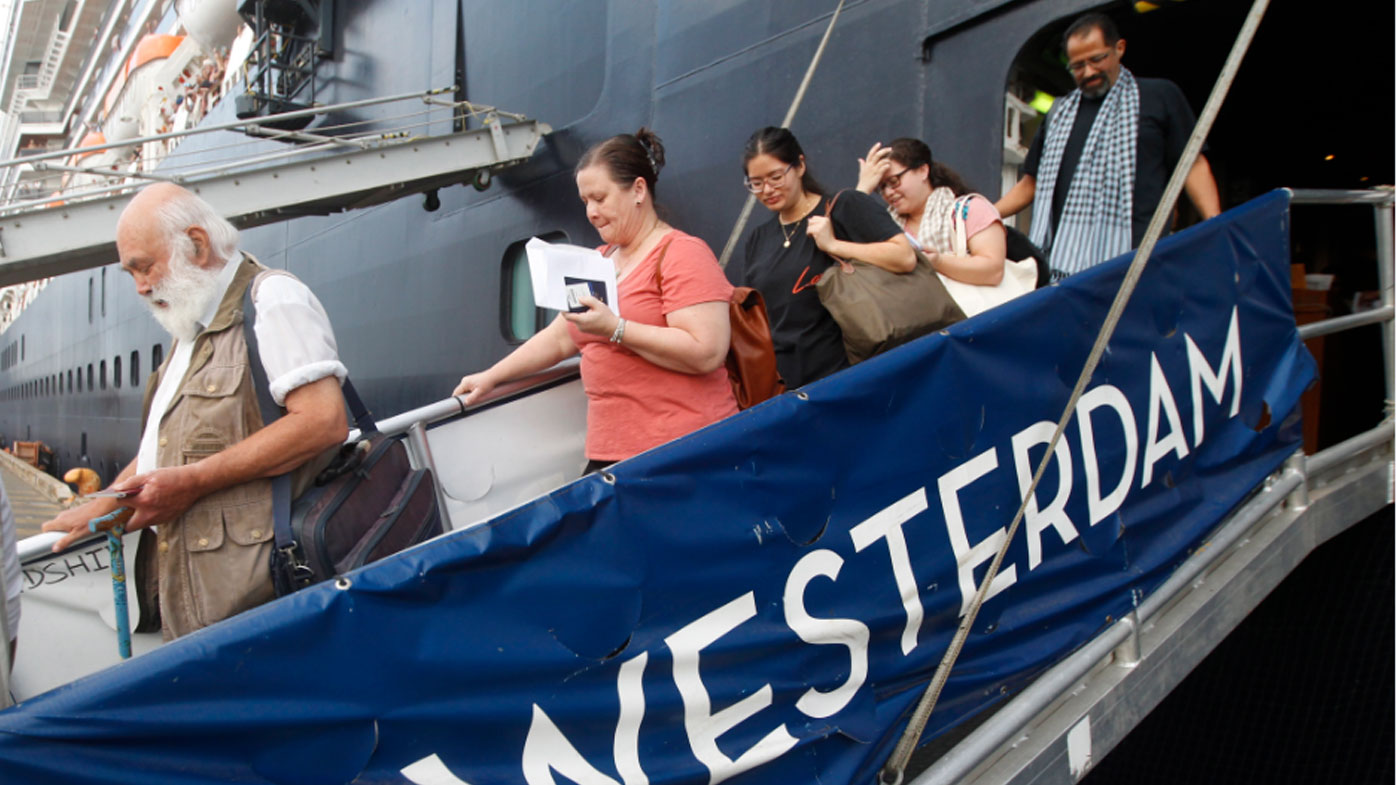 Most passengers will be able to disembark and begin their journey home via chartered flights from Phnom Penh, the Cambodian capital, according to Holland America Line.

The Westerdam began its cruise in Singapore last month and its last stop before it was refused further landings was in Hong Kong, where 51 cases of the disease and one death have been confirmed.

The ship's next cruise - scheduled to start tomorrow - has been cancelled.

Mr Hun Sen, who has been in power for 35 years and has been criticised by human rights campaigners, said earlier he had let the Westerdam dock in Cambodia for humanitarian reasons.

A strong supporter of China, he has played down any threat from the new virus and even threatened to kick out reporters or officials seen wearing protective face masks.

"Like I said, the real disease is fear, not the virus. We want to eliminate the fear of disease," he said in an interview with Fresh News, an online news service close to his government.