Two Australians are among 10 people with coronavirus on board a cruise ship in Japan, with other Aussies on board told they have to stay in their cabins for 14 days.

Two Australian citizens are among the 10 passengers on board a cruise ship in Japan confirmed to have contracted coronavirus.

There are fears more than 200 Australians on board may also be at risk of infection.

The Diamond Princess cruise ship, docked in the Japanese port of Yokohama near Tokyo, has been placed in quarantine after it was revealed an infected passenger flew into Tokyo and spent a few days aboard the ship. 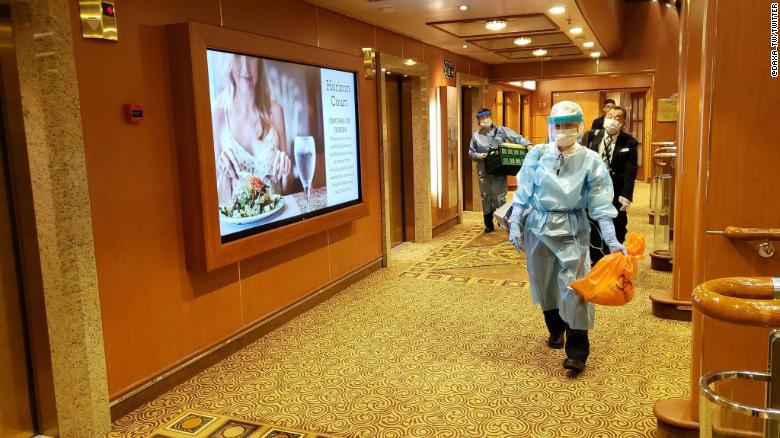 The vessel will remain in quarantine for two weeks while Japanese authorities attempt to contain any further spread of the outbreak.

Cairns retirees Paul and Jacqueline Fidrmuc, who are on the ship, said the captain announced at 6.30am 10 people had been tested positive to coronavirus and they were to be quarantined on the ship for two weeks. 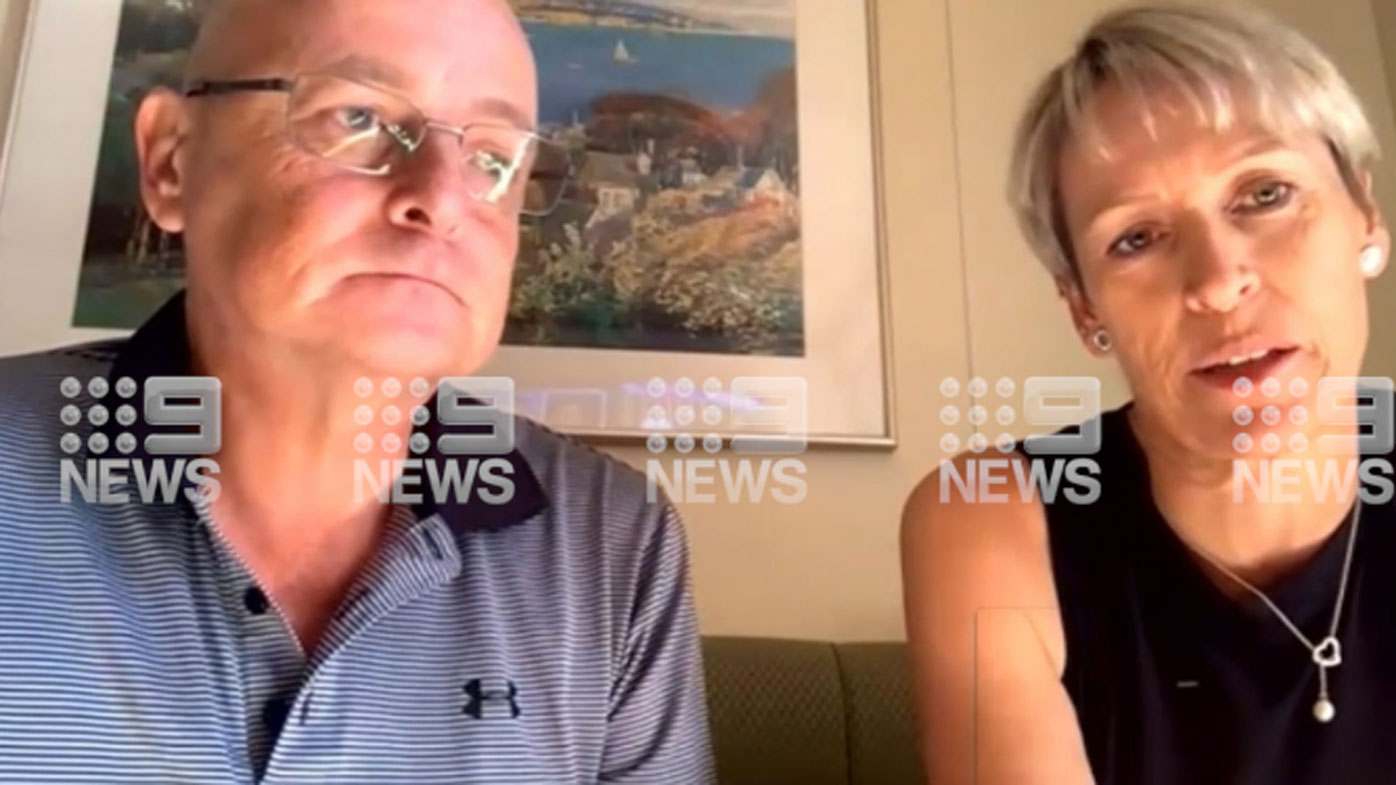 They have been told to stay in their cabin, which luckily has a balcony, until told otherwise.

They've been on the ship, which is off the shore of the city of Yokohama, since January 20.

"There's a lot more people on board with bigger problems," he said.

"What do you do? I think I'd rather be here than Christmas Island." 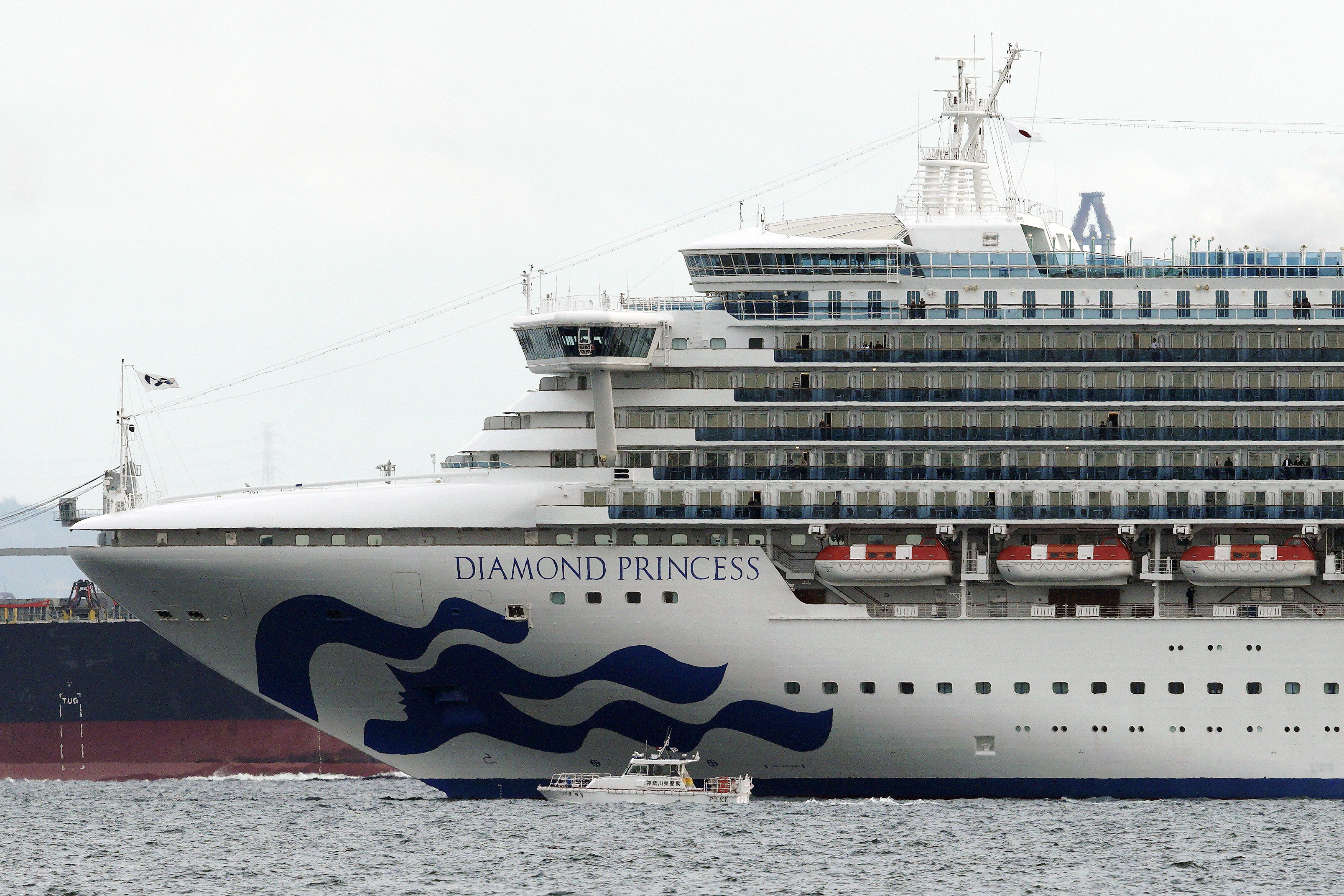 All passengers had their temperatures taken and were asked questions about their health.

His wife said she was more worried that there could be more cases.

"That's the biggest worry, there may be more people who have the virus but it hasn't yet come out," she said.

"They have been very good with the hand washing procedures, very strict."

READ:  Experts say we can cut dementia by 40 percent 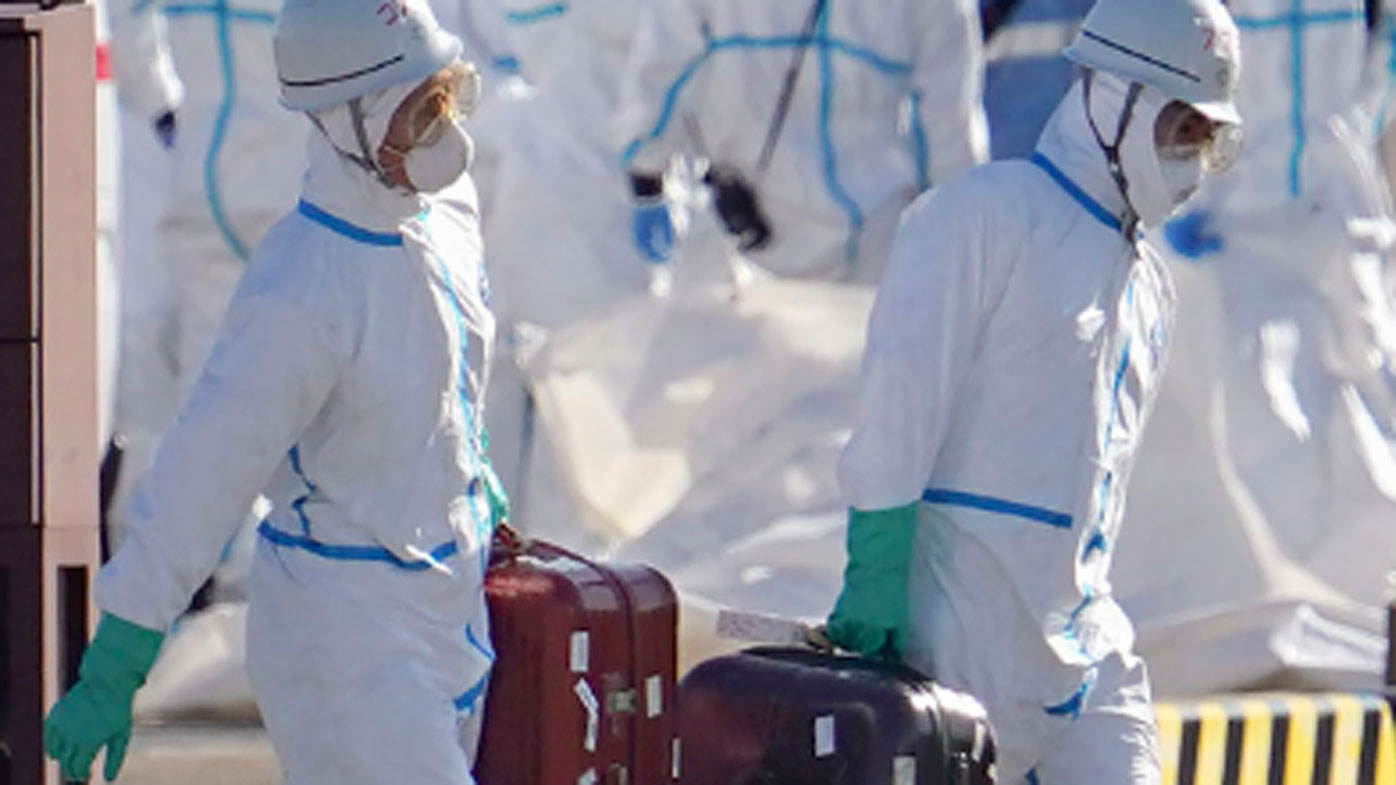 They said most passengers were from Japan. Other nationalities included Americans, Canadians and Australians.

Japan's health minister confirmed 10 passengers have tested positive for the virus today, however the number of infected passengers could rise as the medical screening of thousands of patients and crew continues. 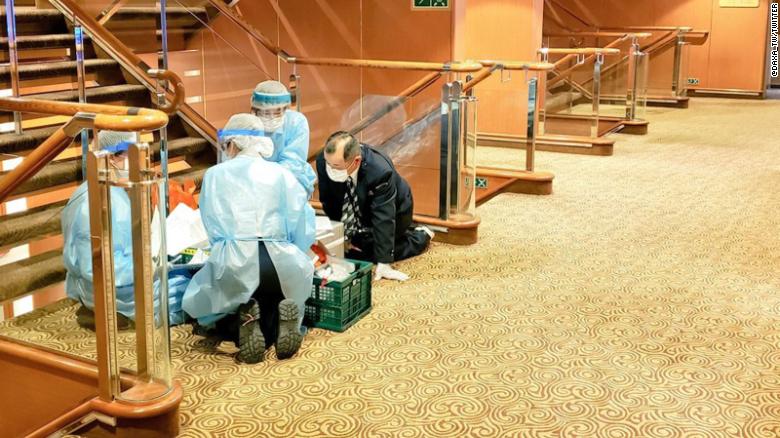 There are 2666 guests and 1045 crew members on board, Princess Cruises said in a statement.

The man who originally tested positive for the virus is an 80-year-old from Hong Kong.

The infected patient had not been to healthcare facilities or seafood markets, nor had he had exposure to wild animals during his incubation period - meaning he likely contracted the virus from another human.

The man visited mainland China for "a few hours" on January 10, the statement said. 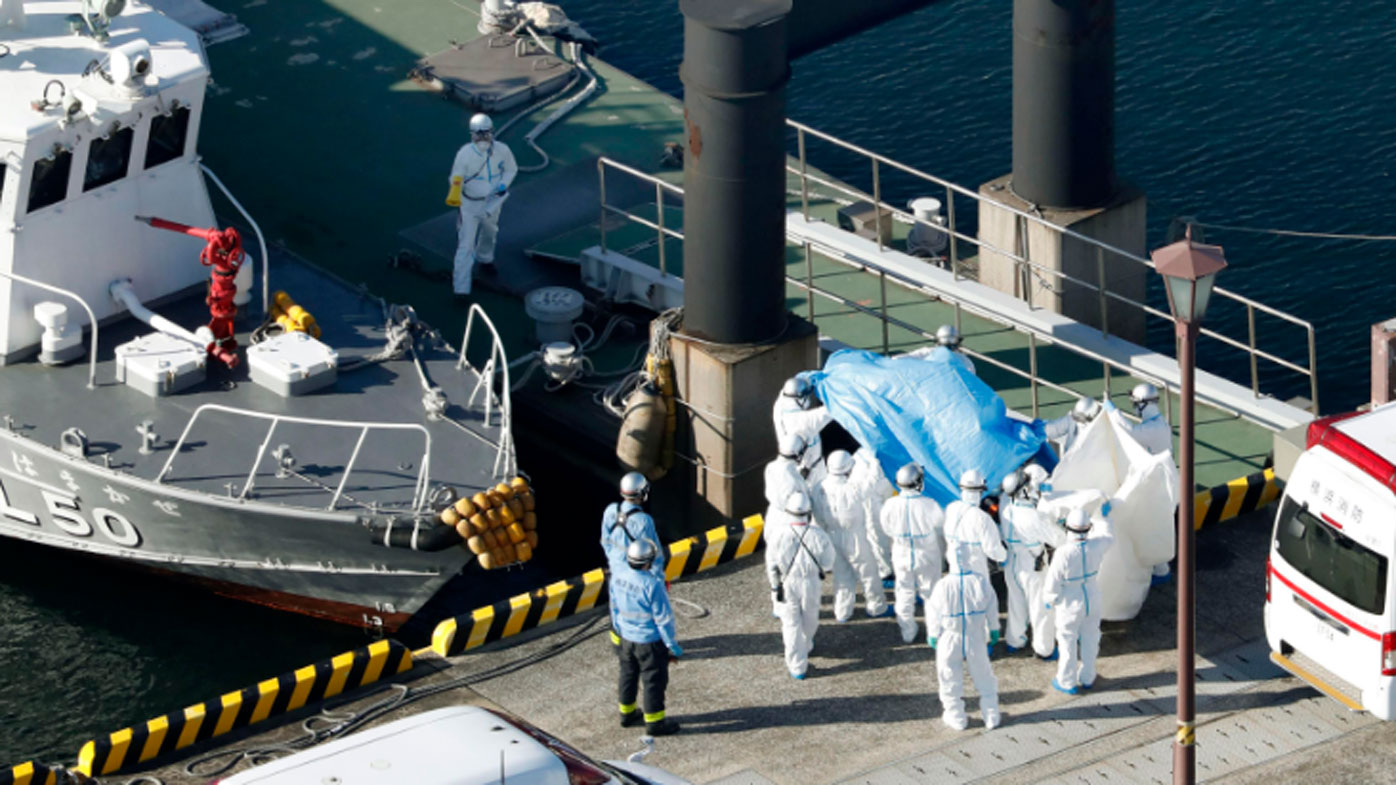 The man flew into Tokyo - the world's most populous city - on January 17 with his two daughters, and two days later said he began developing a cough, Hong Kong authorities said.

He boarded the cruise in Yokohama on January 20, and when it stopped back in Hong Kong on January 25, part of its pre-planned itinerary, he got off and never returned.

He sought medical attention on January 30 and was diagnosed with the virus shortly after. He is currently in a stable condition.

Princess Cruises, which is owned by the Miami and London-headquartered Carnival Corporation, said in its statement that the man did not visit the ship's medical centre. 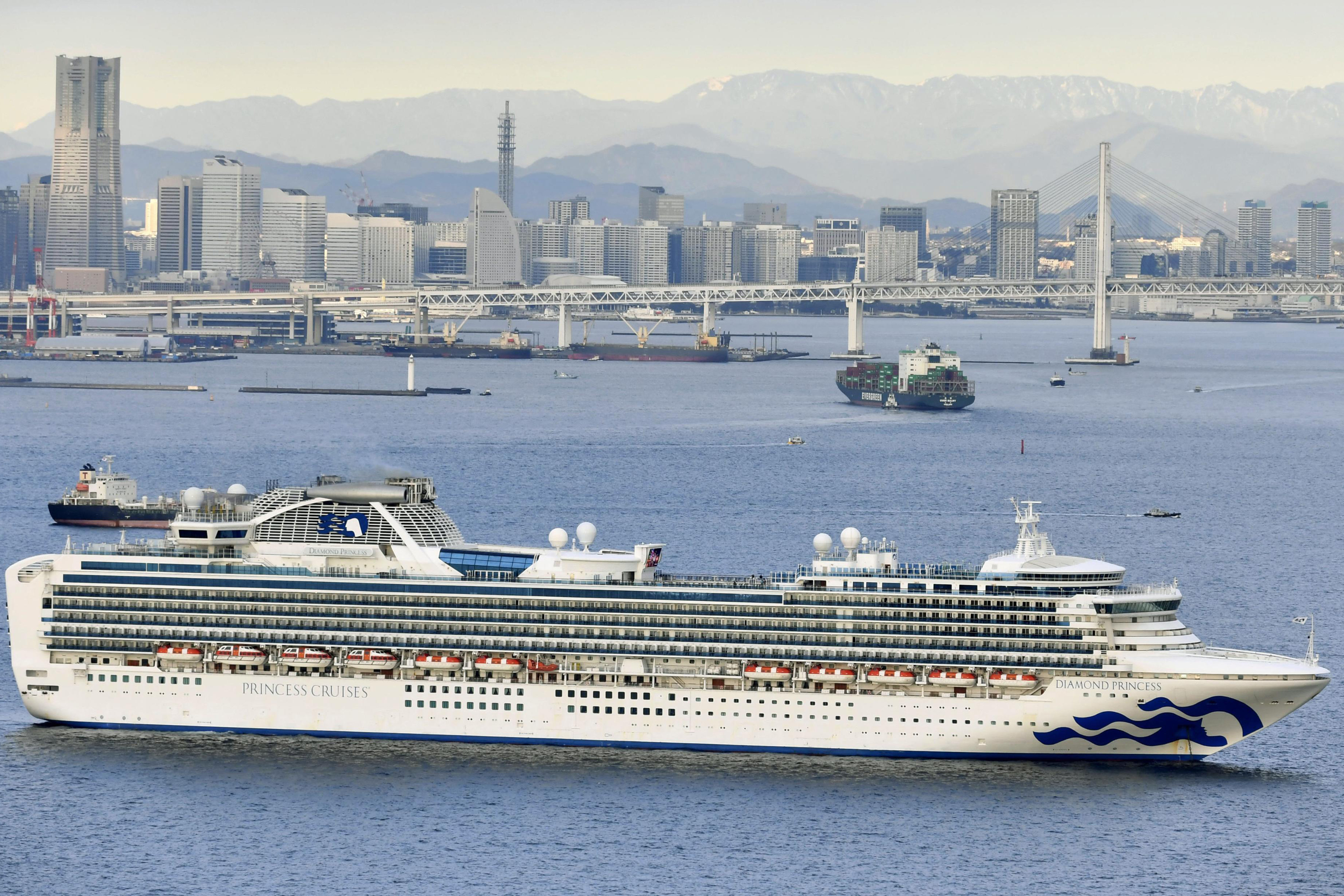 The ministry is also investigating the infected patient's movements during his time in Japan but must rely on authorities in Hong Kong for information since the patient is there, authorities said.

Though Japanese officials have moved quickly to respond to this case, it has renewed concern about just how easy it could be for one patient who is unwittingly carrying the virus to pass it on in an increasingly globalised world where millions of people travel at ease.

The Department of Foreign Affairs and Trade has confirmed it is aware of the situation, and is urgently seeking information on the welfare of the Australians on board.

Some 6000 passengers on a cruise ship in Italy were quarantined last week after two guests were suspected of having the Wuhan coronavirus. Italy's health ministry said tests revealed the duo had a different flu virus, not the coronavirus that has spread through China. 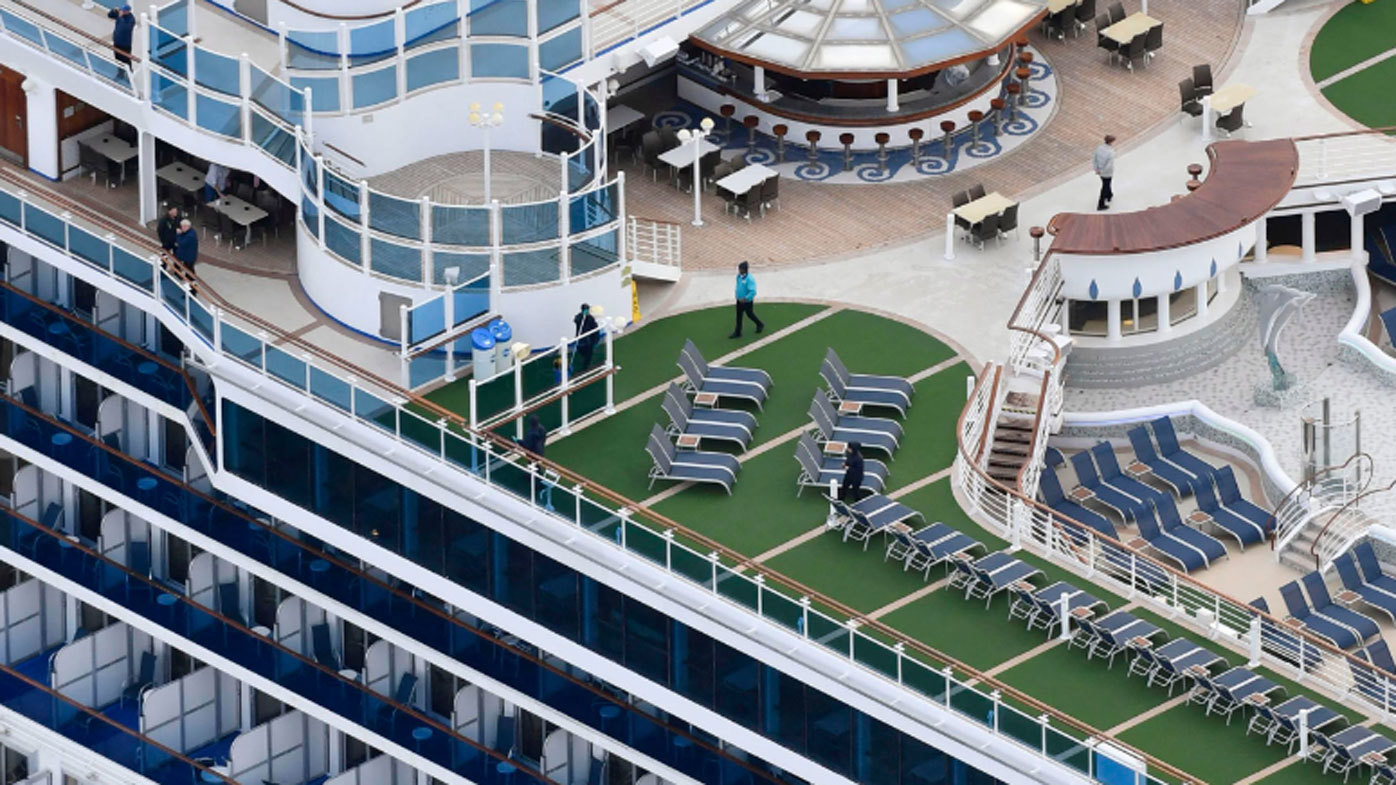 Several cruise lines have announced measures aimed at stopping the spread of the virus.

Princess Cruises and Carnival Cruises have all enacted controls barring guests from ships if they have travelled from or through mainland China in the 14 days prior to the departure date of the cruise.

Japan has previously reported 20 cases of the novel coronavirus, all unrelated to the cruise.