The family of a missing Sydney mother allegedly murdered by a friend has expressed the agony of knowing she will never again return home to them.

The family of a missing Sydney mother allegedly murdered by a friend has expressed the agony of knowing she will never again return home to them.

Min Sook Moon, 49, was last seen walking along Rawson Street, Epping in Sydney's north-west at about 1.20pm on Monday, March 8.

Family members notified Ryde police of her disappearance after she failed to make contact with them on March 10.

Yesterday, Chulsoo Jung—- the man she had allegedly been having an affair with — handed himself in to police, which they say led to the discovery of the body buried in a Silverwater park. 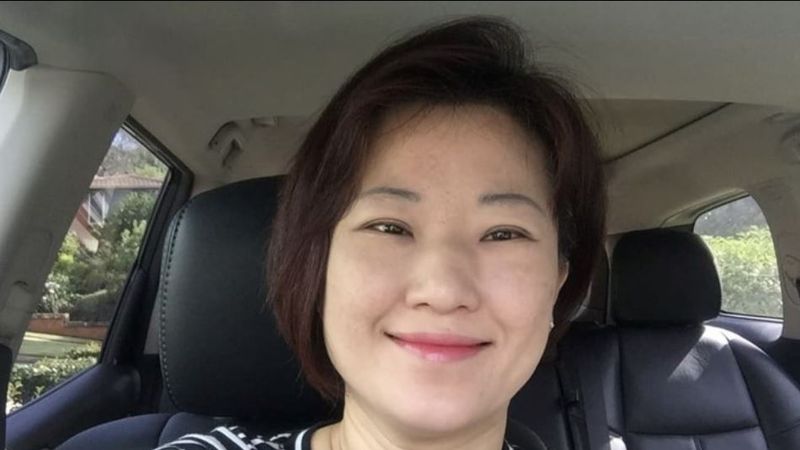 Police allege the pair had arranged to meet to discuss their relationship and Jung strangled Mrs Moon during an argument in his car.

"Our family is devastated and still coming to terms with the loss of our mother, Min," Mrs Moon's son, Adam, said in a statement on behalf of the family.

"We have all been deeply affected by this tragedy, and it is very hard to know that she will never be coming home after being so cruelly taken from us.

"On behalf of our family, we want to thank the community for sharing our appeals for information, and also thank those who provided information to the police.

"As we continue to process this news, our family has requested privacy at this time."

After Mrs Moon's body was found flowers were placed at the door of the Korean grocery store where she worked.