Emergency services in rural NSW received an unusual call over the Easter weekend when a cow became stuck in a backyard pool.

Emergency services in rural NSW received an unusual call over the Easter weekend after a cow became stuck in a backyard pool.

SES volunteers were called to a property in Gilgandra, a country town in the Orana region of NSW, around 6.30pm on Saturday after the 300kg cow found itself stuck in a residential pool.

"We suspect something startled her and she ran through a panel straight into the water," Geoff Kiehne, SES Commander for the Gilgandra Unit, told nine.com.au. 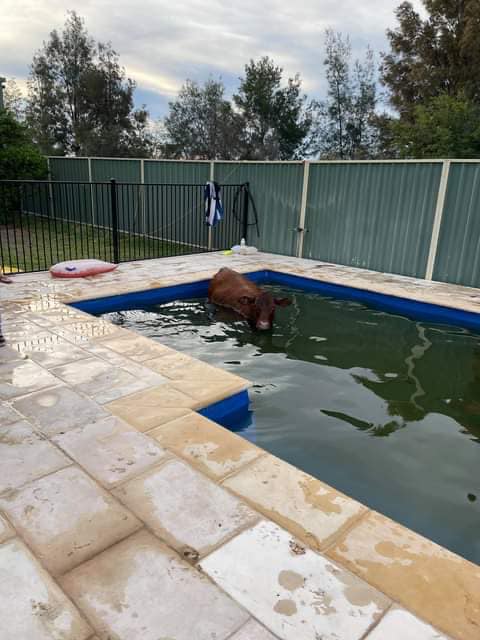 "When we arrived the cow was quite happy and very content in the pool and she was just in the shallow end of the pool."

Mr Kiehne, along with two large animal rescue specialists from the SES, devised a plan to coax the cow out of the water.

"We worked out a plan of attack," he said.

"Because the cow was quite relaxed and appeared very good-natured, we thought we could coax her to walk up the steps of the pool.

"We didn't want to distress her because it's much easier working with a cow that's cooperative than one that's not being cooperative." 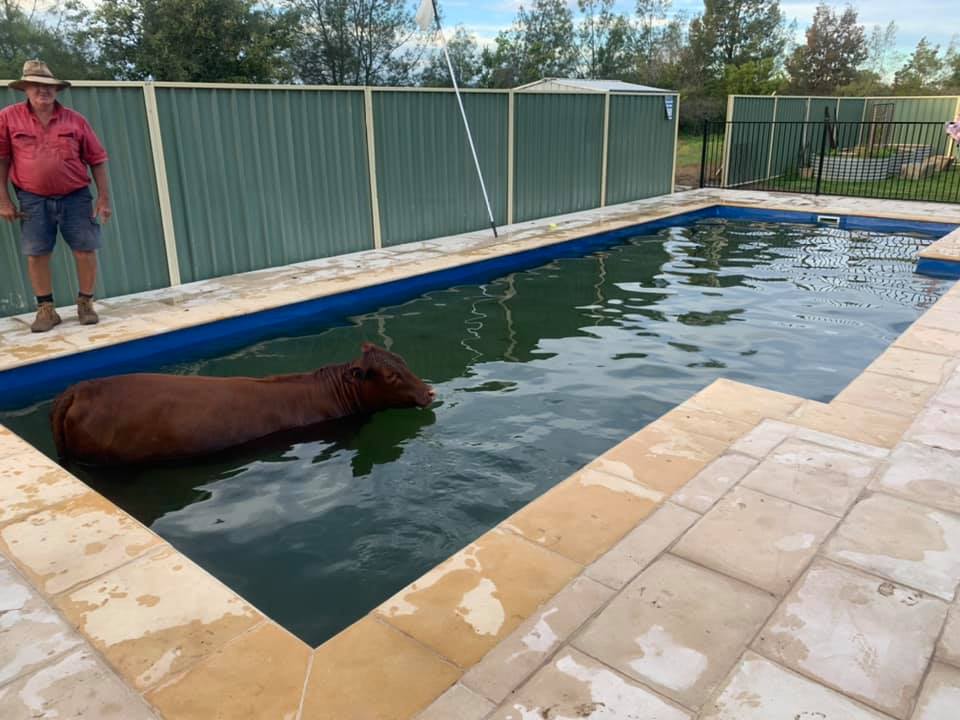 After three failed attempts, emergency services were eventually able to help the cow out the water.

"We were very happy with how the rescue went and we're lucky we didn't have to use a crane," Mr Kiehne said.

"It was a very unusual event, I've never had a cow in a pool before."

READ:  Here's what is staying open and closing in Melbourne
Shares
Share This
Finance Advice 2021