The same lockdown rules will apply in the regions as in the capital, except for the absence of a curfew outside Melbourne.

Regional Victoria has joined Melbourne in lockdown after the new measure was announced this morning by Premier Daniel Andrews.

The same lockdown rules will apply in the regions as in the capital, except for the absence of a curfew outside Melbourne, until at least 11.59pm on September 2.

EXPLAINER: What the new lockdown means for regional Victoria

The 16 rush-tested cases recorded in the state overnight were in the Shepparton area, Mr Andrews revealed. 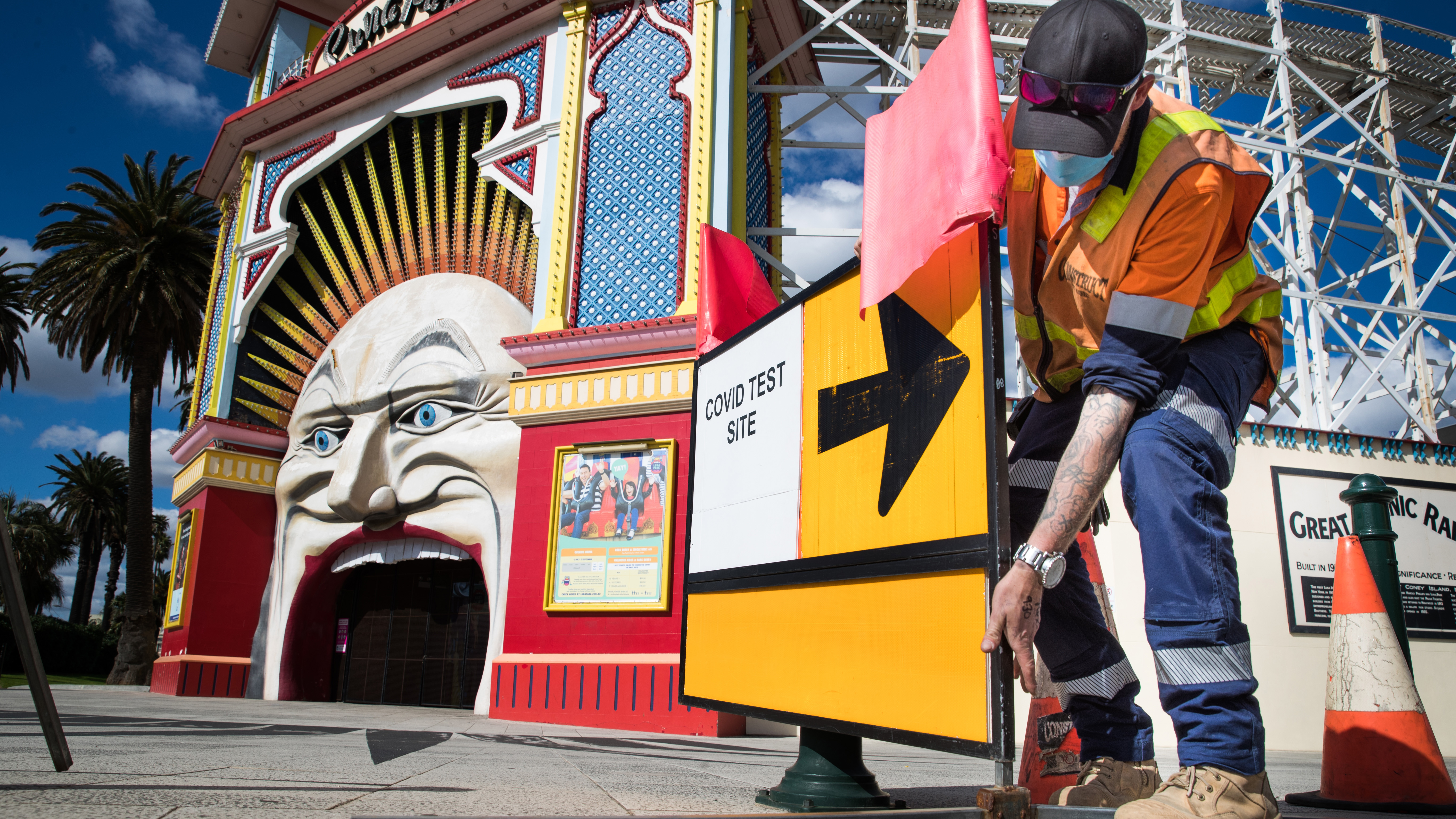 Only 22 were in isolation while infectious.

The changes for regional Victoria

Regional Victorians will from 1pm again only have five reasons to leave home – for essential shopping, for exercise within 5km of their home with at most one other person and dependents, to provide or receive care, to get vaccinated, or to attend essential work or education if it cannot be done from home.

No visitors will be permitted to homes.

The construction industry in regional Victoria will also face workplace limits from 1pm today, but Mr Andrews said the government would engage with the industry on that issue. 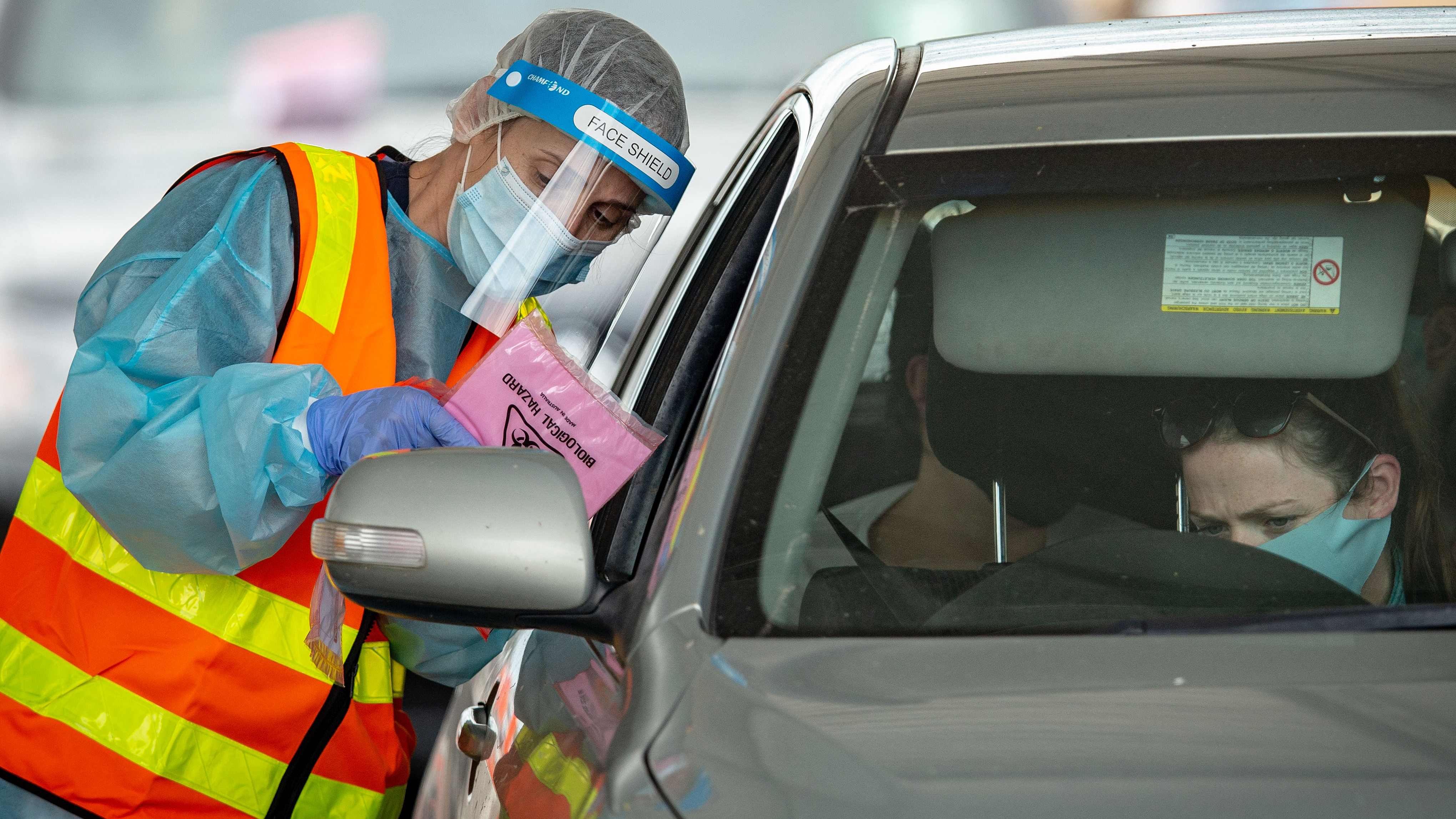 For the rest of regional Victoria's essential workers, permits will be required to leave the house for work from 11.59pm on Monday.

Mr Andrews flagged that a business support package will be announced "very soon" amid the lockdown expansion.

"We are extending these measures into regional Victoria, there will be an economic cost with that," he said.

He said the state government would be discussing that support with the Commonwealth.

He said the government would implement a permit system for childcare, so only authorised workers and vulnerable children will be able to use those services.

"High-risk" industries in Melbourne will also have to limit operations including workers on-site.

READ MORE: Childcare in Melbourne will close to kids of non-essential workers 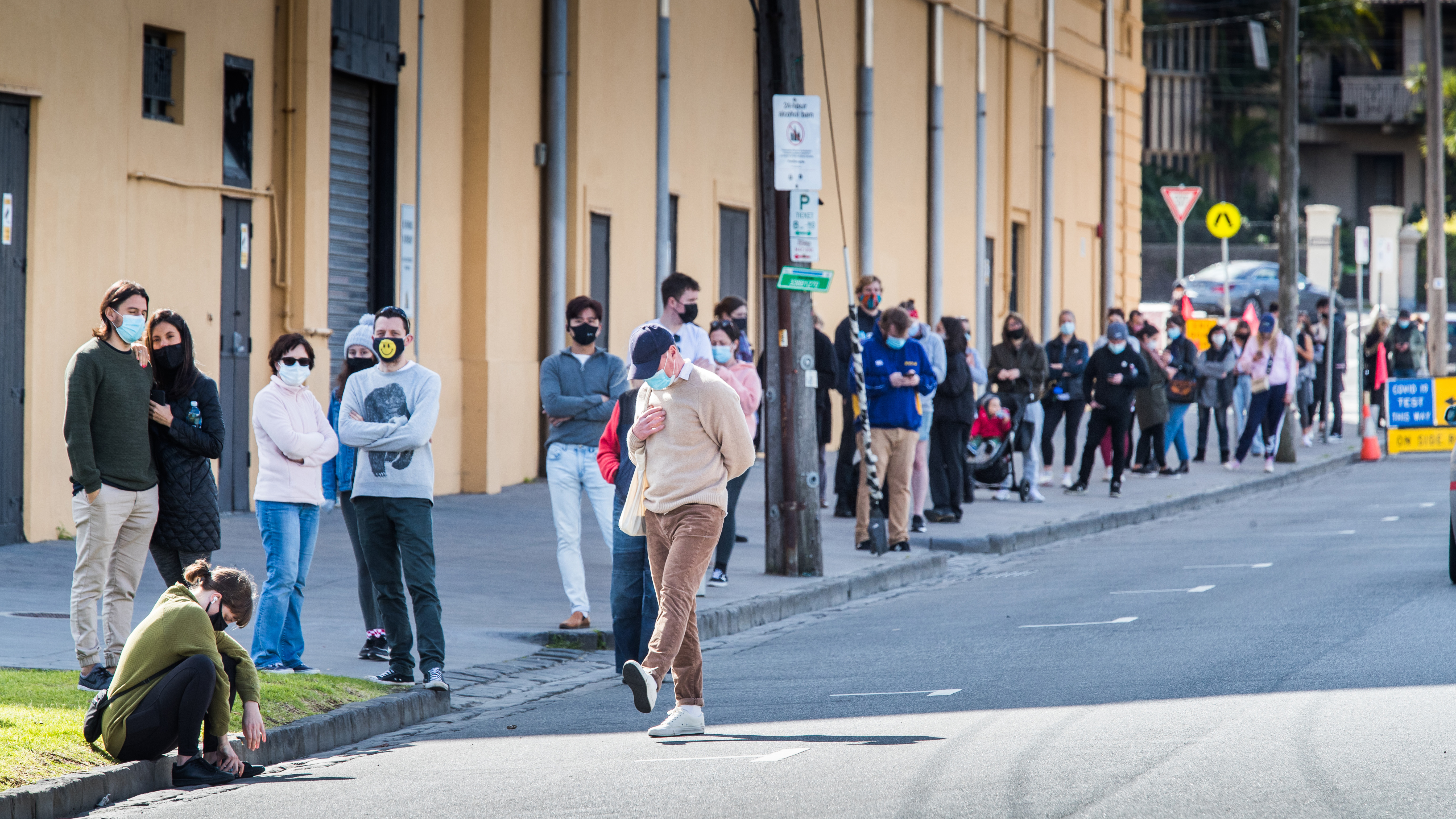 "We will work with industry to deliver that outcome for things like abattoirs, meat processing centres, large supermarket distribution centres, things of that nature."

He said this measure could be expanded to some regional areas, but reassured Melbourne residents there would be plenty of essential goods on the shelves.

Health recommendations have also been updated to urge the use of face-masks for primary-school aged children.

There are 18 Victorians in hospital, and eight in intensive care, with two on ventilators.

"We note these numbers are starting to rise," Mr Weimar said.

Chief Health Officer Professor Brett Sutton said mystery cases were continuing to pop up in Melbourne with people unaware they had been close contacts.

He said a number of people had tested positive after developing symptoms, but had been infectious in the communities for "days".

He said the health advice for the new restrictions in Melbourne and statewide had been prompted by discoveries that cases had travelled to Bendigo and perhaps other destinations.

There were already signs regional areas could be put back under stay-at-home orders after the Andrews government said on Friday night it had requested all community sporting leagues across regional Victoria to immediately cancel any weekend activities.

"The situation in Melbourne and across regional Victoria is extremely concerning," a spokesperson said.

"In the interests of not contributing to any further spread of the virus, all community sporting leagues across regional Victoria are asked to immediately cancel their activities for this weekend."

"It's tagged as a freedom demonstration, it's anything but," he said.

He said encrypted communications involved in the organisation of the event made it difficult to know how many people would join in, but said it was "between 200 and 5000".

He warned anybody who attended and was intercepted by police would face a massive $5500 fine, with several already handed out this morning to suspected would-be protesters who had been too far from home.

Melbourne is two weeks into its sixth lockdown and this week became one of the most locked down cities in the world throughout the pandemic.

Mr Andrews warned that if people ignored lockdown restrictions this weekend "well then next week it will be like Sydney", where cases have boomed to hundreds of new infections every day.