When Joseph McGirr buried the clothes of American polo star Lauren Biddle shortly after she was found lifeless in his spa pool in New Zealand, he was not doing it to hide evidence but as a commemoration of her life, a jury was told.

When Joseph McGirr buried the clothes of American polo star Lauren Biddle shortly after she was found lifeless in his spa pool in New Zealand, he was not doing it to hide evidence but as a commemoration of her life, a jury was told.

Biddle, 22, died in the early hours of October 22, 2018, not long after being found unresponsive after taking drugs at a get-together at McGirr's Clifton home near Sumner in Christchurch.

McGirr, 39, testified on Wednesday in the Christchurch District Court during his trial in which he faces two charges of supplying a class B drug to Biddle and their friend, Guy Higginson, and perverting the course of justice. 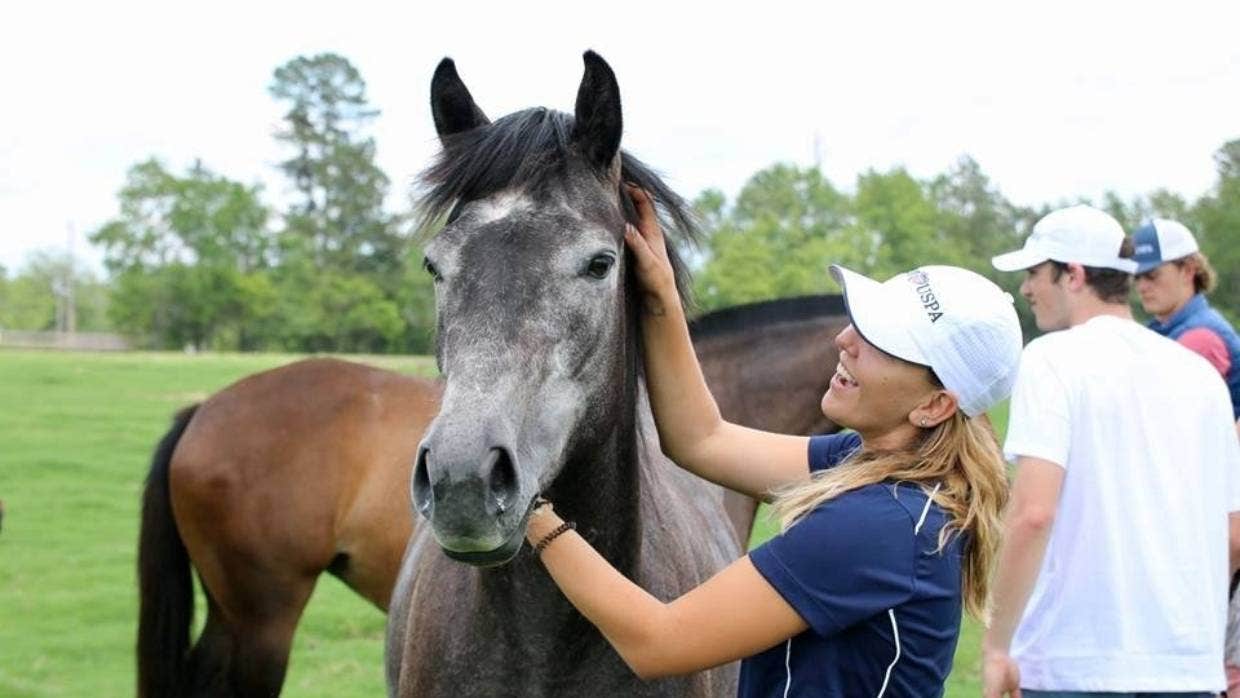 READ MORE: Man charged after death of polo player says it was a 'tragic accident'

He earlier denied these charges but admitted one of cultivating cannabis.

Jurors previously heard that McGirr had shown police where he had partially buried Biddle's clothes in overgrowth in front of his home.

During his testimony, McGirr, a structural engineer, gave a version of events different to those offered by Higginson, who told the court that McGirr gave him and Biddle lines of crushed up ecstasy on a chopping board, which all three snorted.

McGirr denied this, saying: "That is just absolute rubbish." 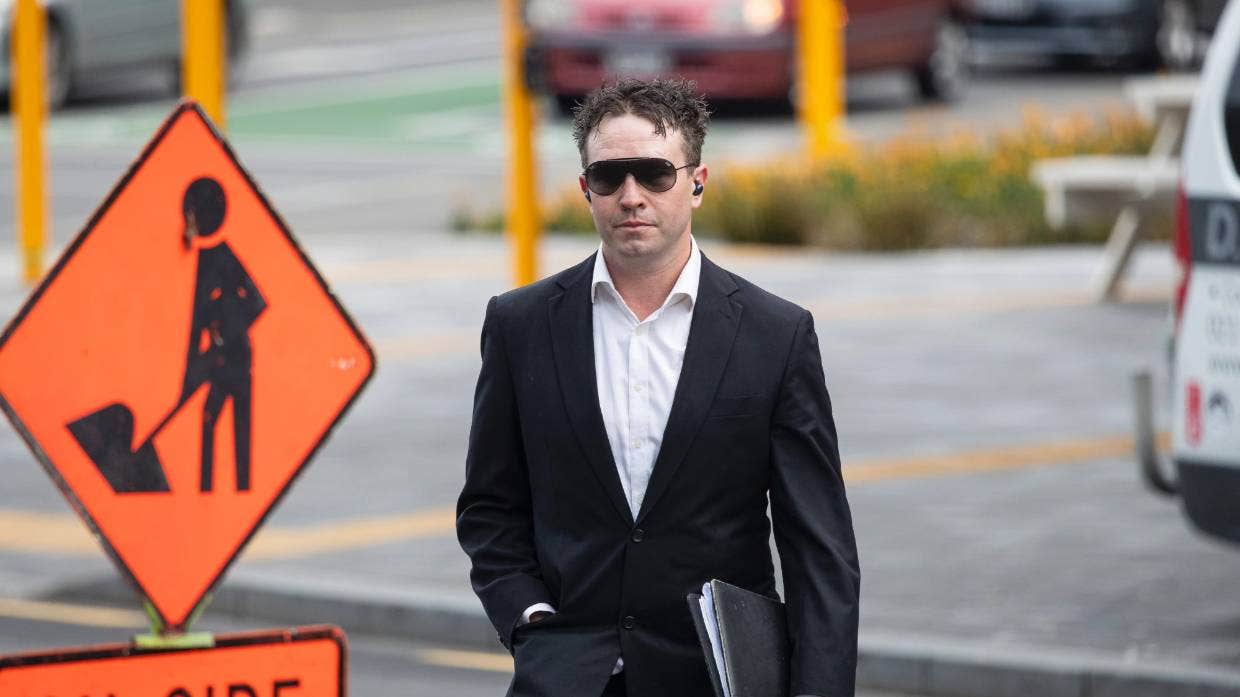 He said it was difficult to see how someone would be able to snort a dry powder with wet hands.

McGirr claimed he had four tablets of recreational drugs that someone had given him but did not know what the tablets were or that they contained MDMA, also known as ecstasy.

He just knew they were "party pills".

During the evening of October 21, he took the tablets to his kitchen, crushed one on a chopping board and snorted it.

He said Biddle and Higginson were in the spa pool at the time.

When he went back outside, Higginson was still in the pool but he presumed that Biddle had gone to the bathroom.

He said Higginson then jumped out of the pool and went into the kitchen. 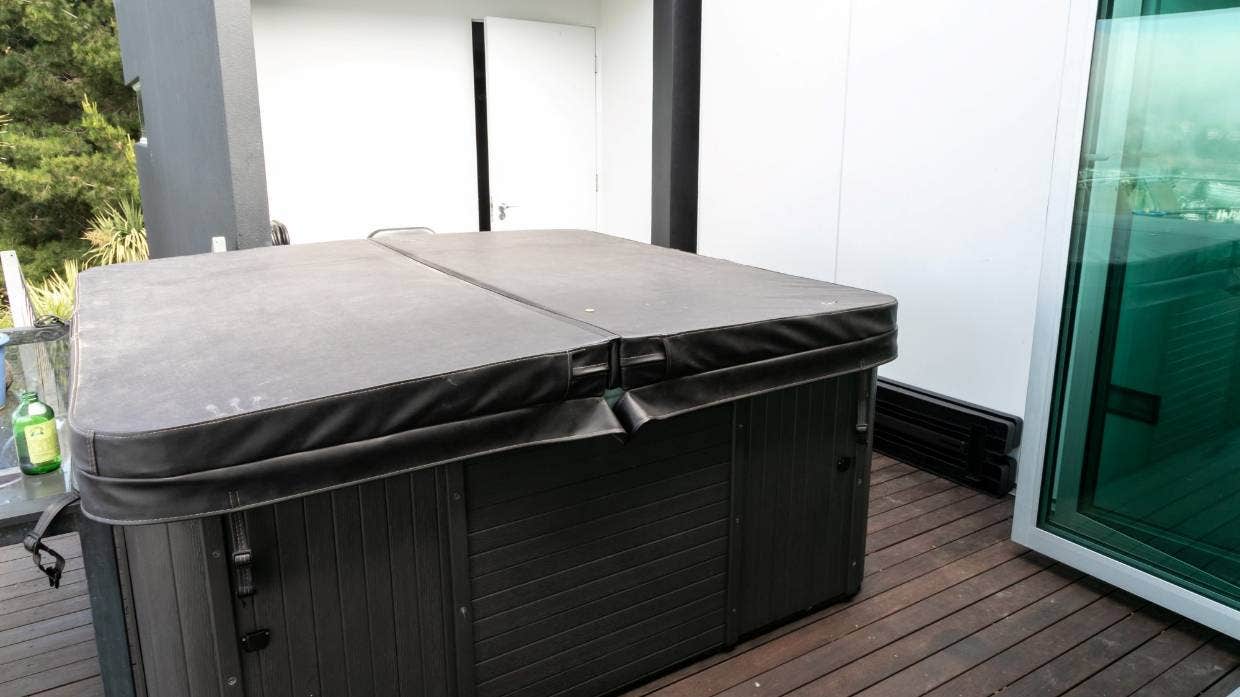 "I suspect he found the other pill that was on the board, crushed it up and snorted it but I can't be too sure," McGirr said.

He said he did not know Higginson was aware there were drugs in the kitchen but assumed he had seen him snorting the powder there.

"He would have snorted up anything he could find," said McGirr.

McGirr said that when he returned to the kitchen later, the three other drug tablets were gone.

"I thought I had just misplaced [them] but in retrospect I think it is pretty obvious what had happened."

He said Biddle was "pretty interested" in the drugs and that recreational drugs were "by no means an unusual item" in polo circles. 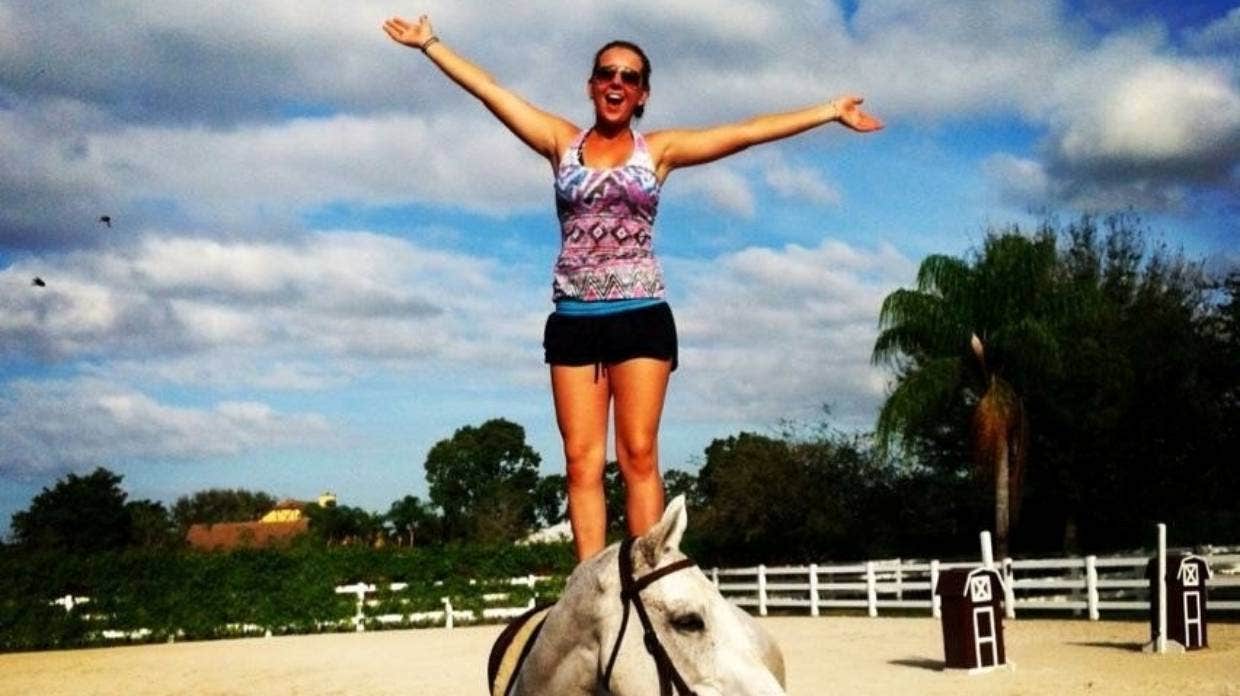 McGirr told jurors he later saw Biddle was not looking well and brought her a bucket if she needed to vomit.

A while later he saw her face down in the pool, pulled her out and started trying to resuscitate her, he said.

McGirr denied Higginson's testimony that it was Higginson who pulled Biddle out of the spa pool, while he just sat in the pool and said "she is dead".

While doing chest compressions on Biddle, he saw Higginson unconscious in the pool with his head back and mouth nearly under the water, he said.

"He was probably 30 seconds away from drowning."

McGirr said he pulled Higginson from the pool, put him in the recovery position and continued trying to save Biddle, "going between the two of them". 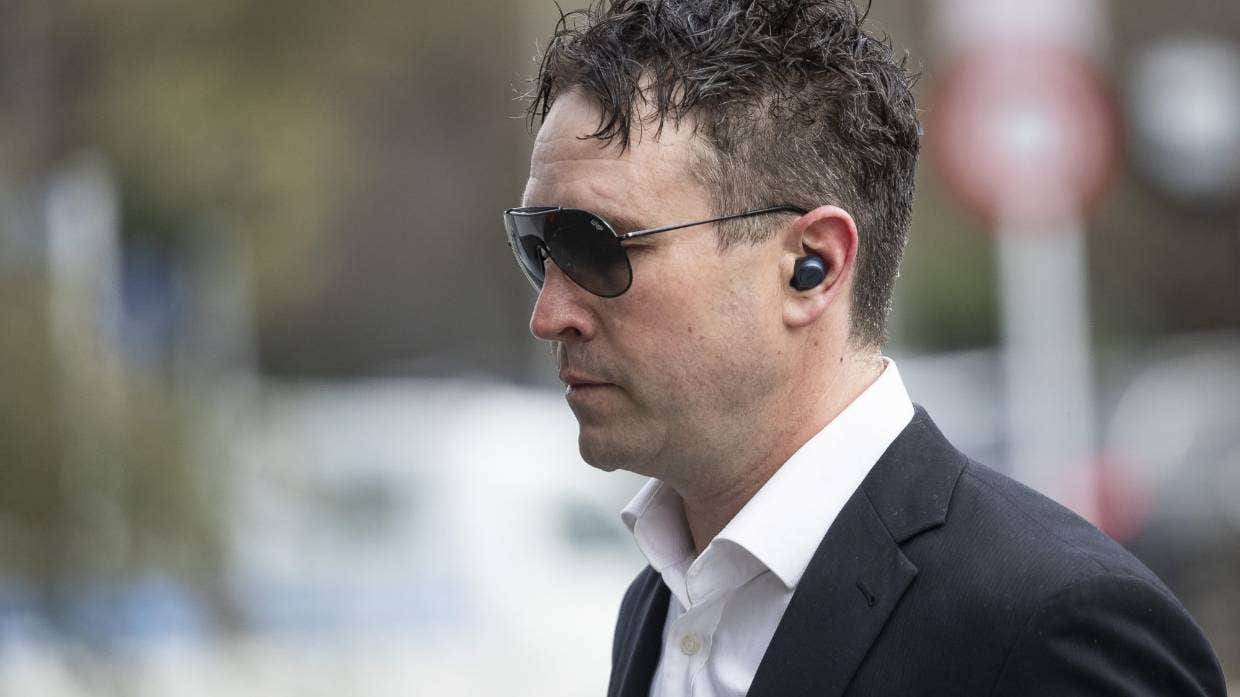 He said it was "the greatest relief of [his] life" when Higginson started coming round.

McGirr claimed Higginson was "completely inebriated, incoherent and uncoordinated", and he struggled to make him understand the gravity of the situation.

He said Higginson clumsily gave CPR to Biddle and mumbled something about taking her to hospital.

He said he told Higginson to take Biddle to hospital but could not go as well as he was wearing an electronic monitoring bracelet and was under curfew.

McGirr denied refusing to call an ambulance when urged to by Higginson, saying he agreed with his friend it would be best to do so. 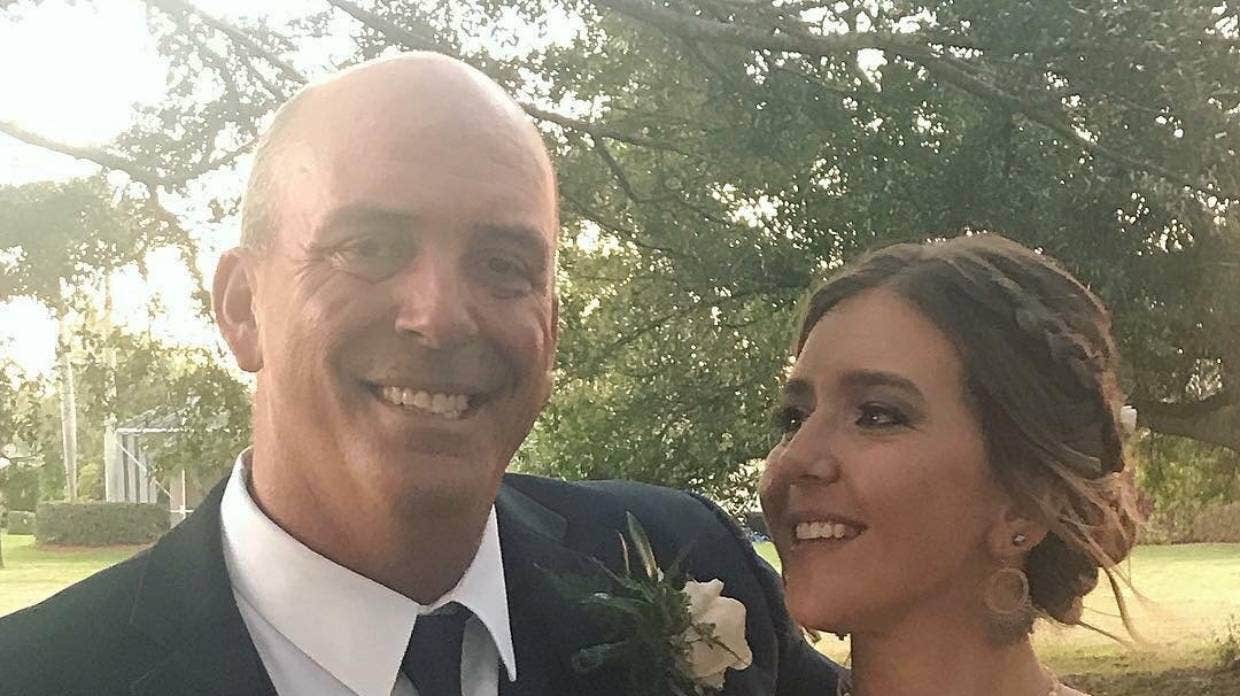 "I preferred it if she was taken directly to the hospital," McGirr said.

After Higginson left, McGirr said he was "in absolute shock" and started tidying up to make himself feel "a bit more comfortable" with his surroundings.

He said he saw Biddle's clothes and personal belongings and looked at the photo in her passport.

"I just felt I needed to do something I suppose, to commemorate her. It was not a conscious thought really," he said.

He said he threw Biddle's belongings into the overgrowth in front of his house and covered them with leaves.

"I think I tried to push it into a cross," he said. "It was just a peaceful moment really down in the native bush with her stuff. Yeah, I was pretty upset."

McGirr said he took a duvet and went to sleep in the overgrowth to try and "gather his thoughts".

When he heard sounds and saw lights at the house, he went back up and encountered police officers there.

"I had no thoughts there was an impending police situation, I thought it was more of a medical issue. So I was quite surprised to see a police officer," he said. 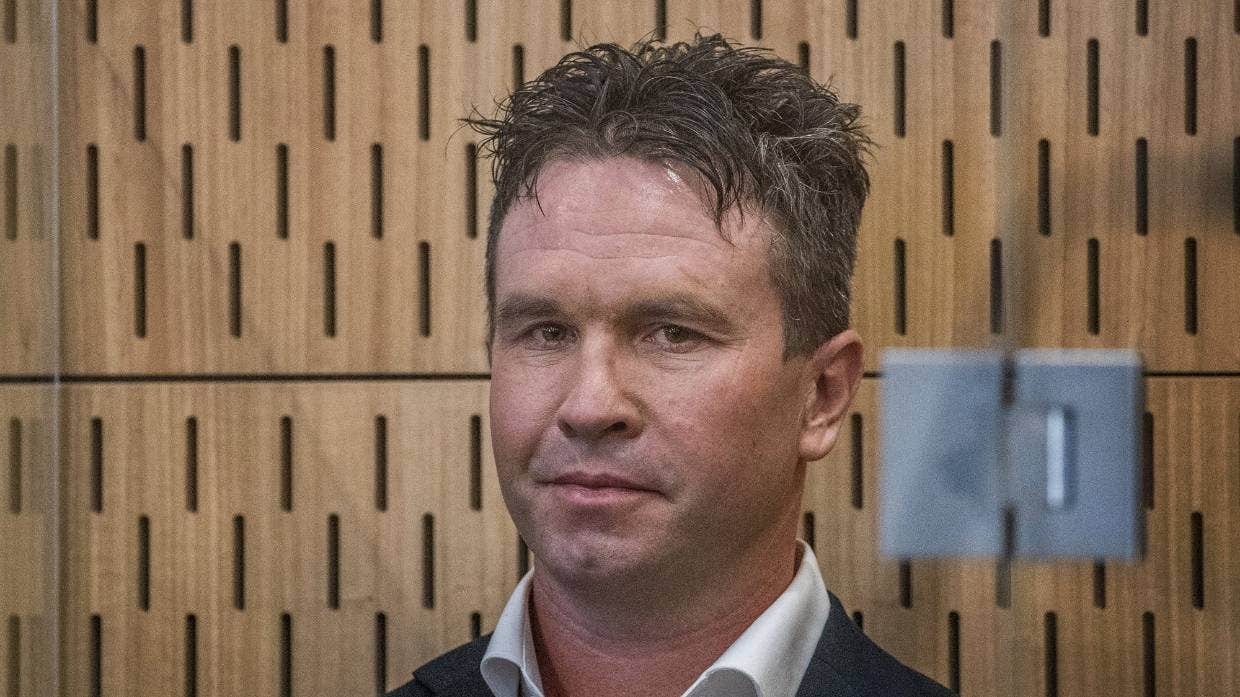 He voluntarily went to the police station to answer questions about the events of the evening but declined a video interview.

He agreed to give a written statement and later escorted police back to his house to show them where he had buried Biddle's possessions.

"At no time did I ever try to hide anything from the police. I was very upset and shocked, affected by alcohol and drugs," he said.

"I tried my best to resuscitate and revive her, and save my friend's life.

"I had an innate desire to find some kind of spiritual reconciliation with what had happened immediately after the event."

A green chopping board that was found by police in the house had remnants of ecstasy on it.

White suggested McGirr forgot to get rid of it because the crushed ecstasy was the same colour, which he denied.

McGirr repeated he had not given Biddle or Higginson any drugs. "They took it out of their own free will under no instruction or influence from me."