Some couples in South Australia are rushing to the altar ahead of the midnight bell that will toll doom for large gatherings.

Some couples in South Australia are rushing to the altar ahead of the midnight bell that will toll doom for large gatherings.

Prime Minister Scott Morrison announced last night amid a raft of coronavirus regulations that as of midnight tonight, weddings would be limited to a gathering of five people .

South Australian couple Lachlan and Kristen chose to rush to tie the knot today before the ban came into force. 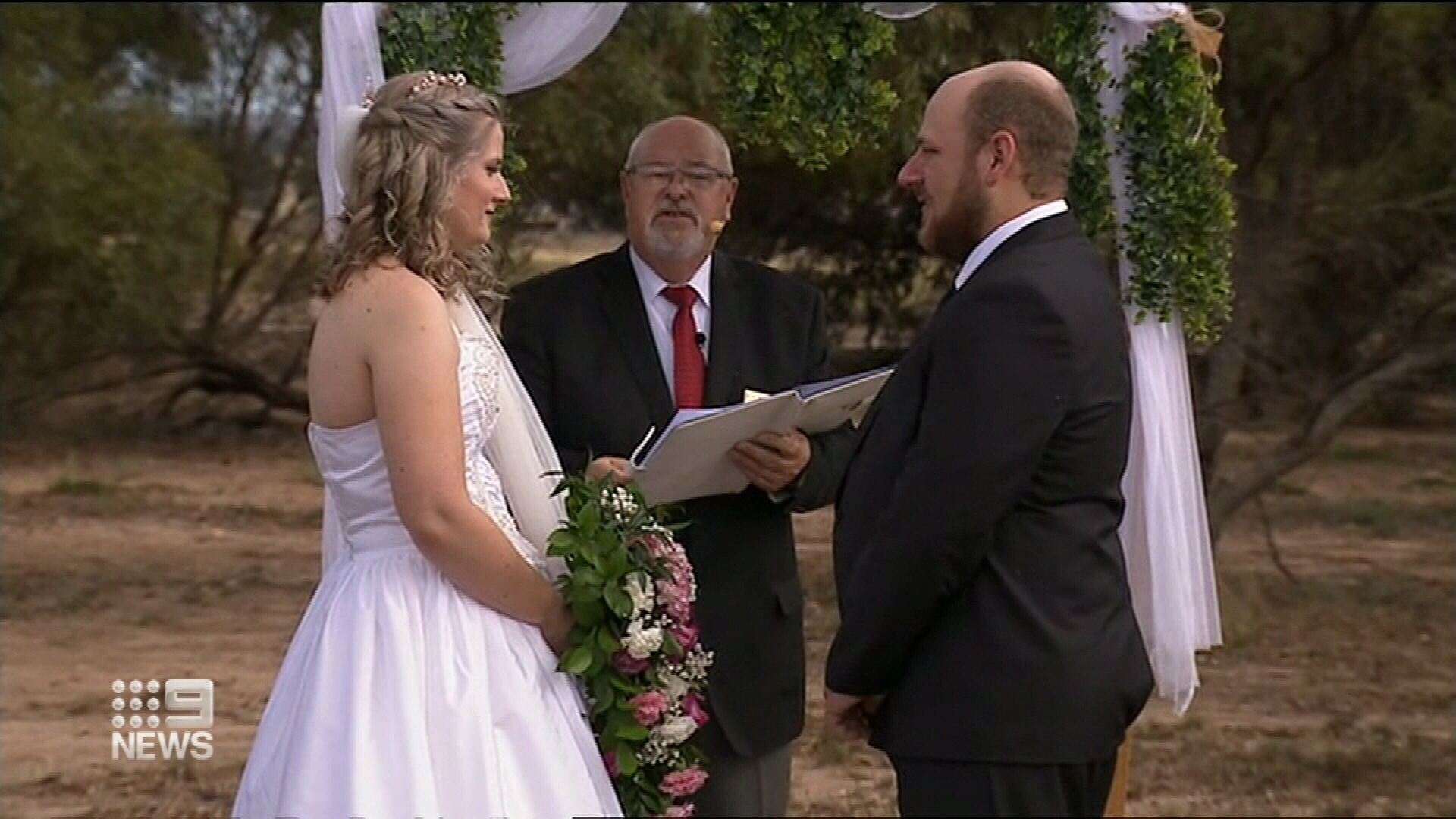 The pandemic forced them to bring forward their Yorketown wedding, with chairs spaced out and a shorter guest list – but they kept a sense of humour involved.

"You may seal this moment of your lives at your own risk," the celebrant said.

"We really wanted to have our family here for the wedding," Lachlan told 9News.

"So when Scott Morrison announced it can only be five people, we thought we had to do something drastic." Meanwhile, couple Georgia and Christopher will marry in front of just a handful of people, one being their photographer.

"We'll probably still do a ceremony and reception next year, it will be like a renewal of vows," Georgia said.

She has chosen to do her own hair and makeup as well.