A West Australian couple have been banned from owning horses for life after their cruel treatment of a horse and pony was discovered.

Warning: The following story contains graphic images that may distress some readers.

A West Australian couple have been banned from owning horses for life after their "heartbreaking" cruel treatment of a horse and pony was discovered.

A court heard the man and woman, aged 29 and 28, had neglected George – a brown thoroughbred gelding and Robin - a young gelding pony, leaving them sick, injured and in pain.

READ MORE: Two men charged with the prolonged torture of an injured kangaroo 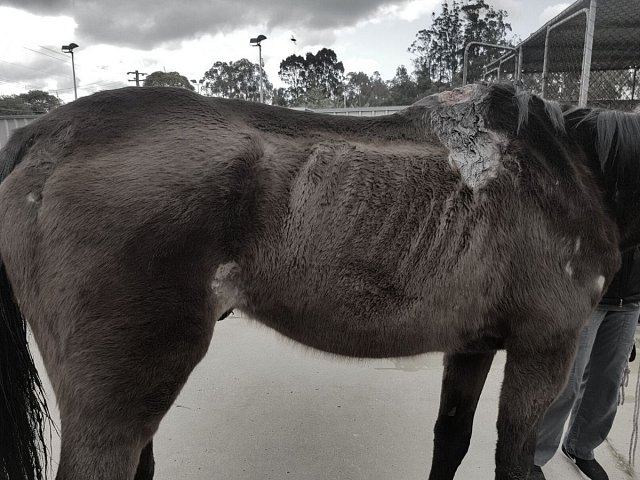 Authorities inspected the pair's Collie property and found empty buckets and containers throughout the paddock along with some buckets containing leaves and twigs and small amounts of rainwater. There was no additional feed or hay visible.

When an inspector lifted a rug from George's back she found a large open wound that with part of his spine exposed.

He was stiff and lethargic and had tufts of hair missing and overgrown hooves.

When Robin's rug was removed, it revealed he had hair missing, overgrown hooves and protruding hips as well as signs of diarrhea down his back legs and tail. 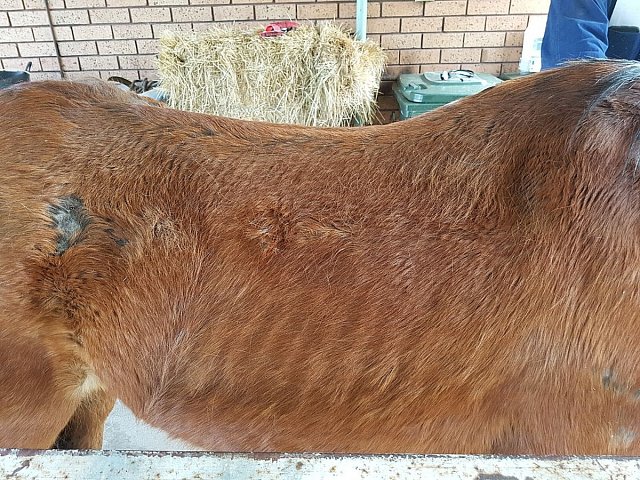 The animals were seized and taken to Collie Veterinary Hospital where it was revealed they both had severe lice infestations, George's wound was badly infected and he also had a urinary tract infection while Robin showed signs of previous diarrhea.

Executive Manager Animal and Enforcement Operations, Hannah Dreaver, said the vet's findings indicated both animals had been suffering for at least 15 weeks.

READ:  Shark And Ray Populations Have Fallen 71% Since 1970, Study Finds

"Both horses were so hungry it was difficult to get them to stop eating. It's heartbreaking to think of them in that paddock week after week, hungry, thirsty, unbearably itchy and in pain," Ms Dreaver said.

"There is absolutely no excuse for neglect - pet ownership means taking care of your animals or raising your hand and asking for help if you can't manage on your own.

"There is never any excuse to let animals suffer to the extent that George and Robin had." 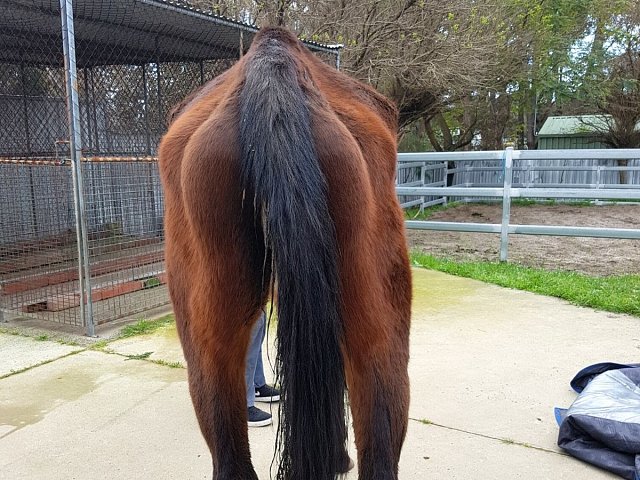 The couple were charged with animal cruelty and the magistrate fined them $10,000 each for George's mistreatment and $5000 each for Robin.

They were banned from owning horses for life and are also not allowed to own any other animal for the next five years.