The chase stretched from Goulburn in the state’s south west to Parramatta in Sydney.

A NSW couple allegedly led police on a 200km car chase from Goulburn to Parramatta, which involved multiple gun-point carjackings and several crashes.

About 4.10pm yesterday, police were conducting routine patrols on the Federal Highway south of Goulburn and almost 200km south-west of Sydney when they noticed a Toyota Hilux allegedly speeding.

Police discovered that the ute had allegedly been reported stolen from Molong, north west of Orange and 240km away, the previous day. 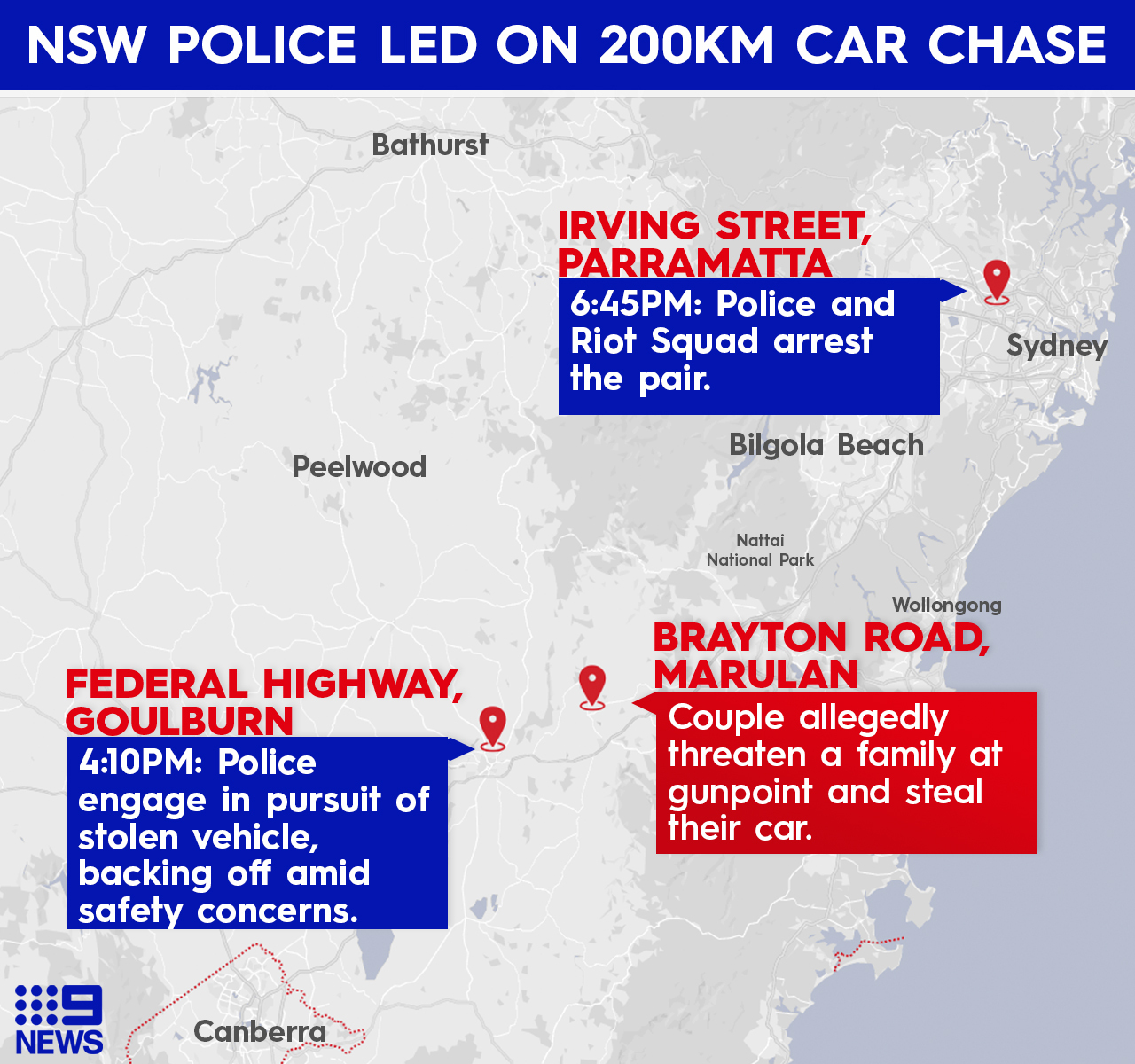 A chase was initiated after the driver Aiden Osborne, 33, allegedly ignored police's request to pull over.

Officers attempted to continuing chasing the car, even deploying road spikes near Marulan, outside Goulburn, which punctured a front tyre of the ute.

Officers then stopped the chase over safety fears.

The man allegedly then continued on to Brayton Road, Marulan, where he, and 31-year old Krystal May Carr allegedly threatened a couple and their baby at gunpoint before stealing their Ford Territory. 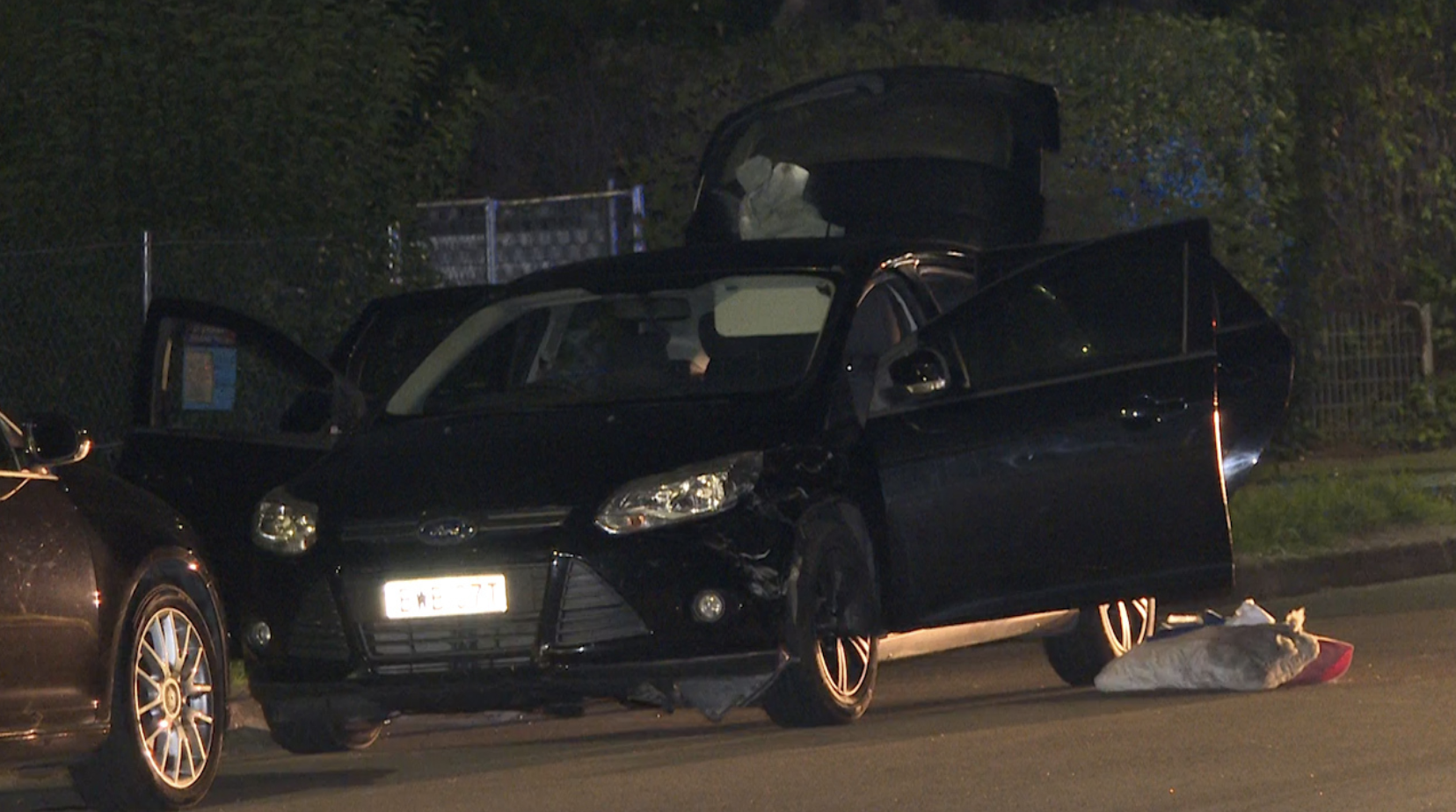 They allegedly drove that vehicle back onto the Hume Highway, heading north.

They crashed it into a guard rail at a service station at Sutton Forest in the Southern Highlands.

The couple then allegedly approached a black Ford Focus at the same service station, threatening a woman and two teenage girls at gunpoint before stealing the car. 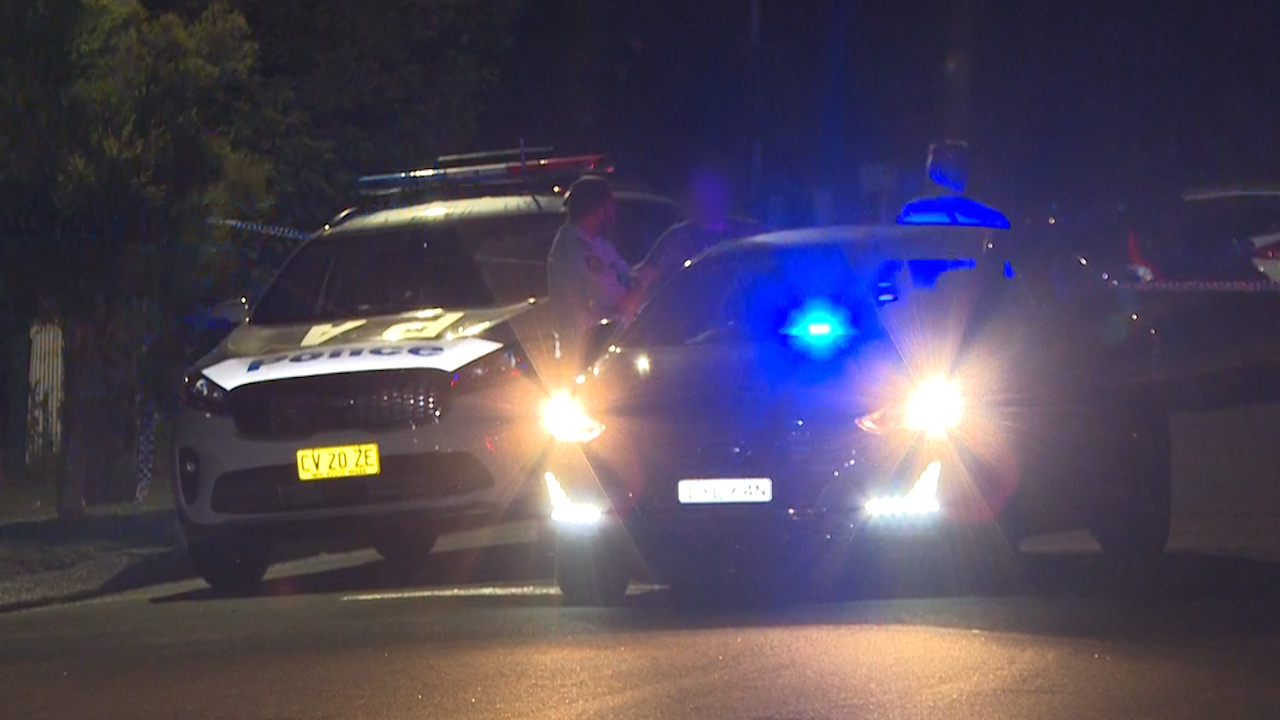 At about 4.30pm, that vehicle was seen on the Hume Highway at Yanderra, north of Mittagong, where officers again initiated another pursuit.

It was later also halted due to safety concerns.

At 5.45pm, the car was being driven along Narellan Road, Mount Annan, where it was involved in a number of crashes with three other cars before fleeing the scene.

About 6.45pm, PolAir tracked the car to Irving Street, Parramatta, where officers from Parramatta Police Area Command, the Public Order and Riot Squad and the Dog Unit finally arrested the pair, who were taken to Parramatta Police Station. 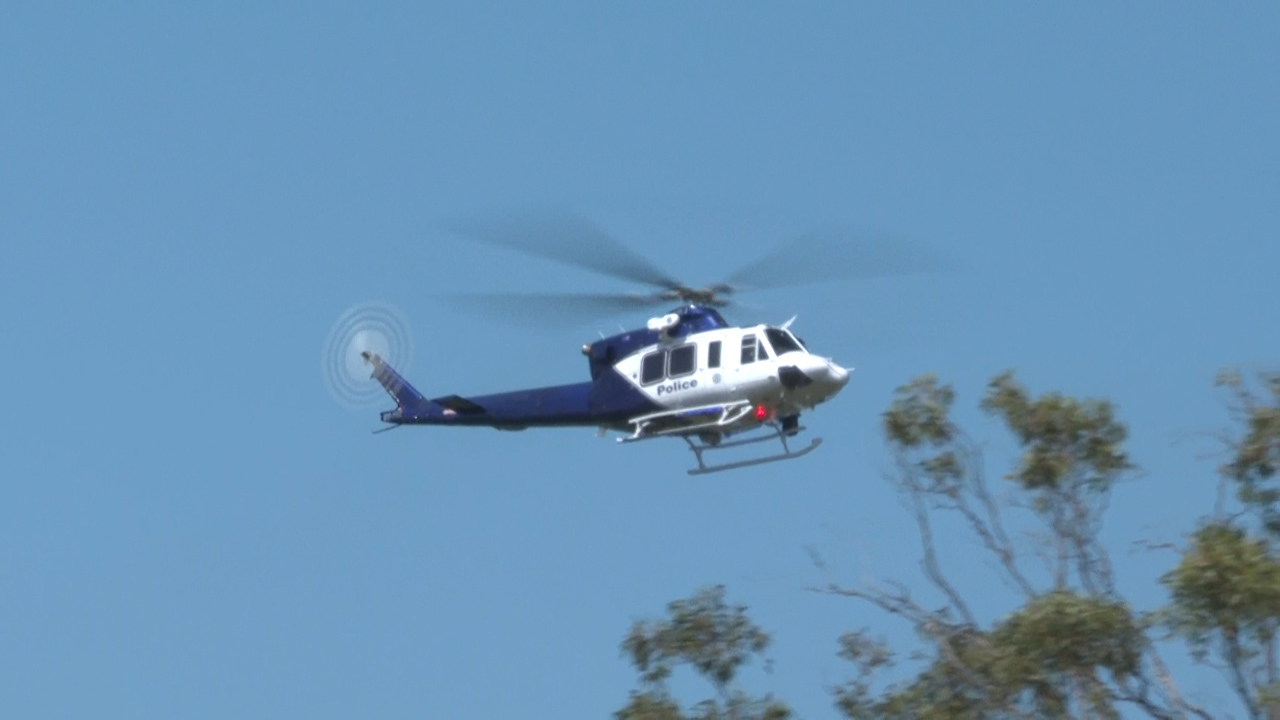 The couple, from Dubbo, have been charged with multiple offences.

They have been refused bail and are due to appear in court in May.