A Greens councillor, who was arrested on Saturday night at a protest to stop asylum seekers being relocated from an inner-Brisbane hotel, says he will challenge the charge on human rights grounds.

A Greens councillor, who was arrested on Saturday night at a protest to stop asylum seekers being relocated from an inner-Brisbane hotel, says he will challenge the charge on human rights grounds.

Jonathan Sri, Brisbane's only Greens councillor, claims he was the only person arrested late on Saturday night.

He was charged with contravening a direction of a police officer after protesters gathered outside the Kangaroo Point hotel where dozens of asylum seekers are being held. 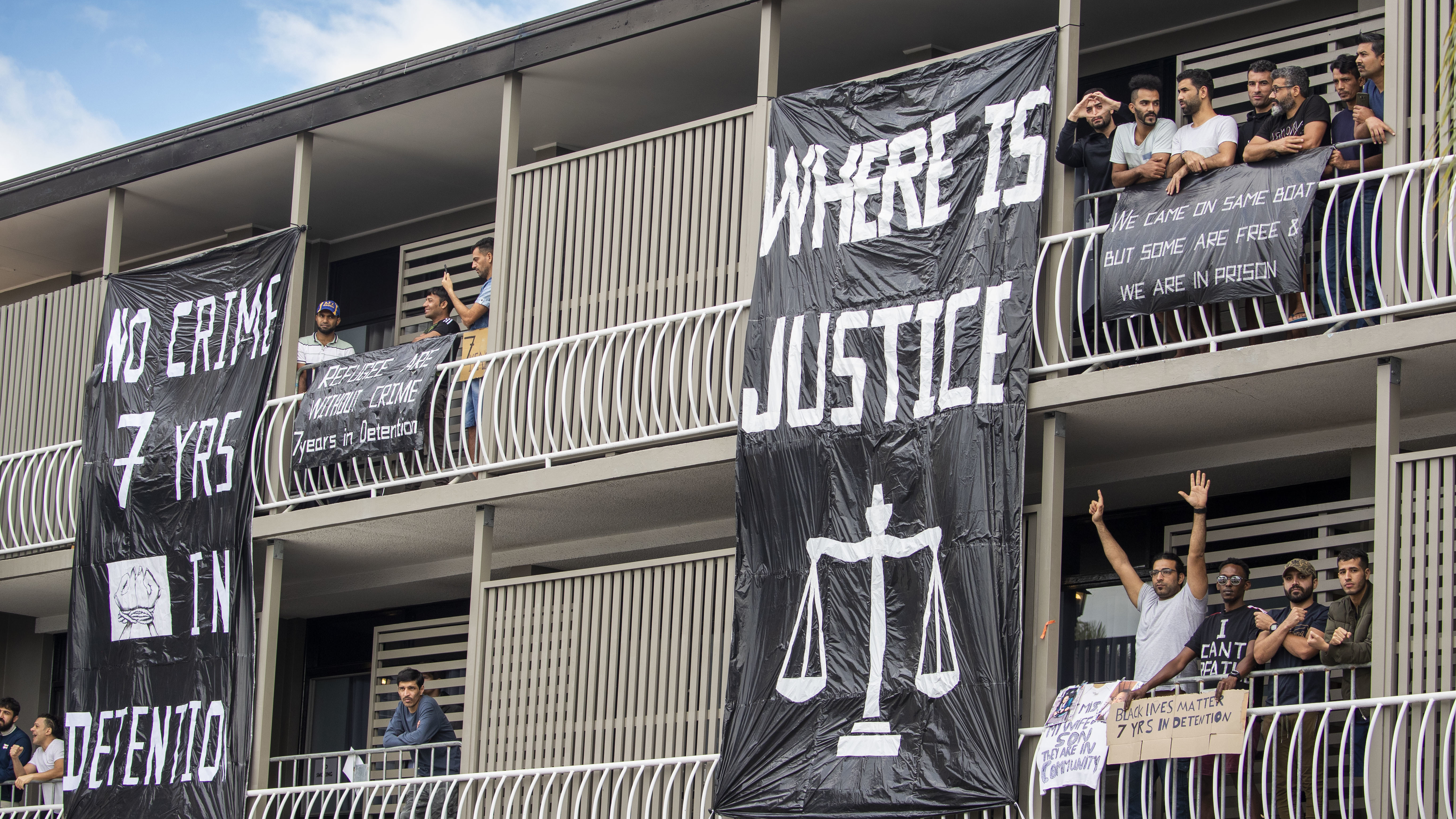 He said "onerous" bail conditions now prevent him being within 200 metres of the hotel until his matter is heard in court on August 27.

Cr Sri accused police of deliberately trying to suppress peaceful protests, which he said was an "attack on protesters' fundamental rights and possibly a violation of human rights". 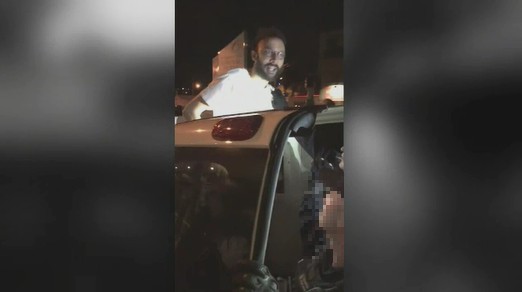 "I was given a move-on order to leave the road, which I complied with," Cr Sri said today.

It was when he returned, "with the knowledge of the police" to pack up his vehicle and collect the PA system that he was arrested, he said.

"A very aggressive police officer singled me out ... and arrested me for failing to comply with the police move-on direction," he said. 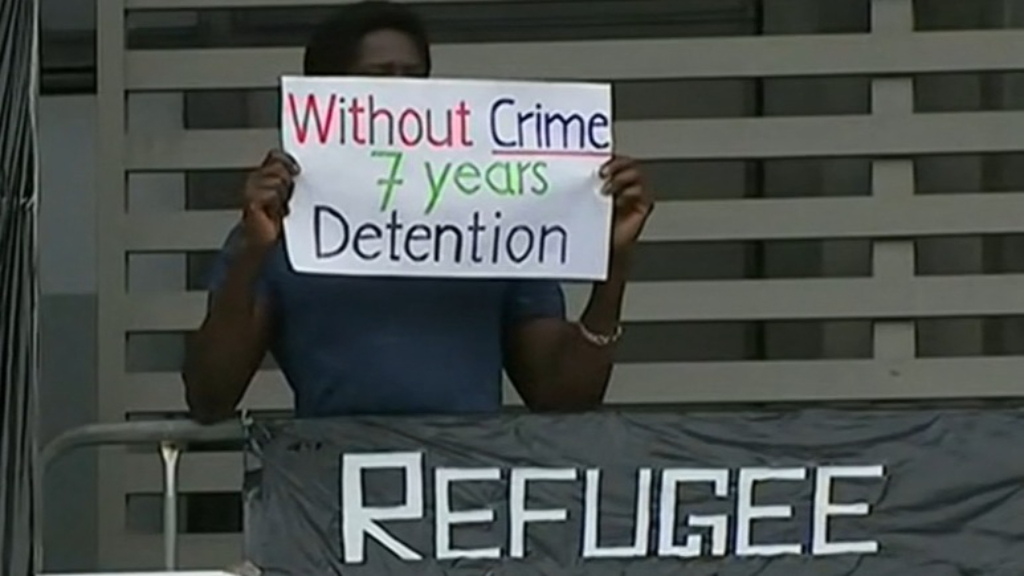 "Out of the hundreds of people who attended that rally on Saturday afternoon, I was the only person who was arrested and charged.

"I intend to challenge the charge in court on human rights grounds."

Sunday afternoon another protester was arrested for failing to comply with a move-on direction.

Cr Sri identified the protester as organiser Dane De Leon and said he also believed her arrest was "unlawful". 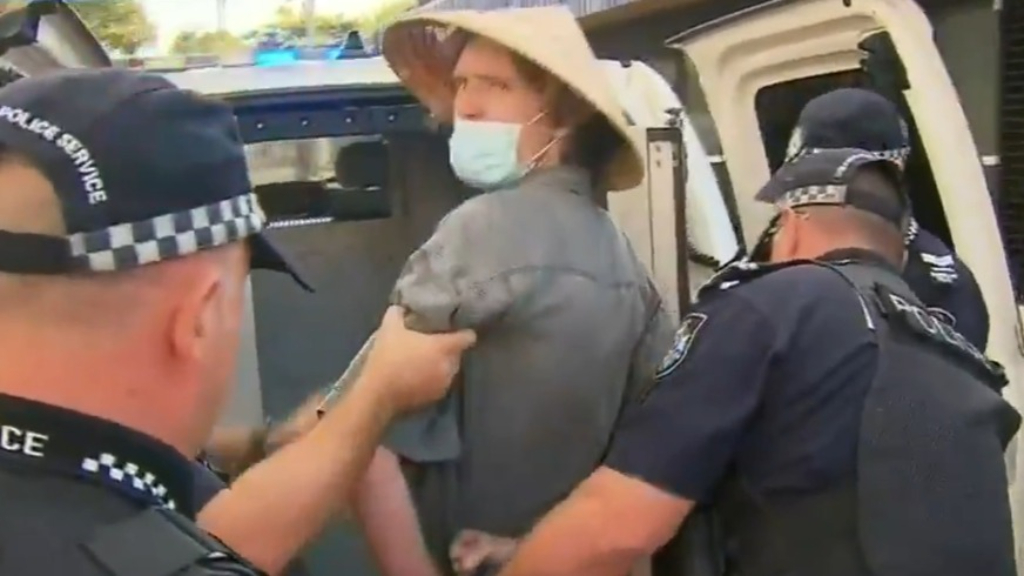 "She is a local volunteer, very committed refugee advocate. She was standing on a footpath and was given a move-on direction on the basis that her presence was causing anxiety to Serco security guards," he said.

"This is a very concerning attack on people's right to use public space and again is an example of police misusing move on powers to criminalise peaceful protest."

Cr Sri said he disagreed with any suggestion that protesters had "aggravated police officers".

"I think that police have deliberately tried to conflate the two." 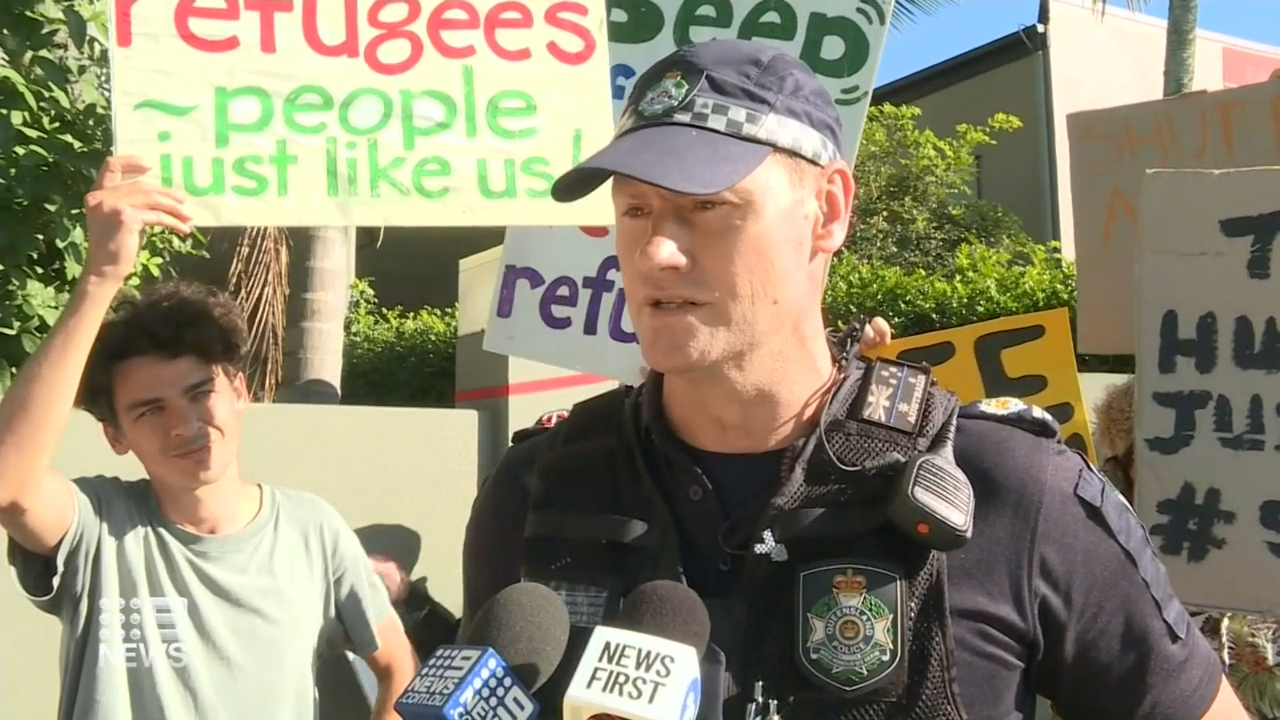 Australian Border Force Commissioner Michael Outram also issued a statement late yesterday saying he was "concerned by the actions of some protesters" outside detention facilities and the risk their presence presented during the coronavirus pandemic.

Two people were also charged last Friday after a night-time operation to prevent the removal of asylum seekers from the hotel.

The man and woman are accused of jumping on the roofs of parked cars during the operation, during which people used cars to block the hotel driveways to prevent any of the 120 detainees from being moved. 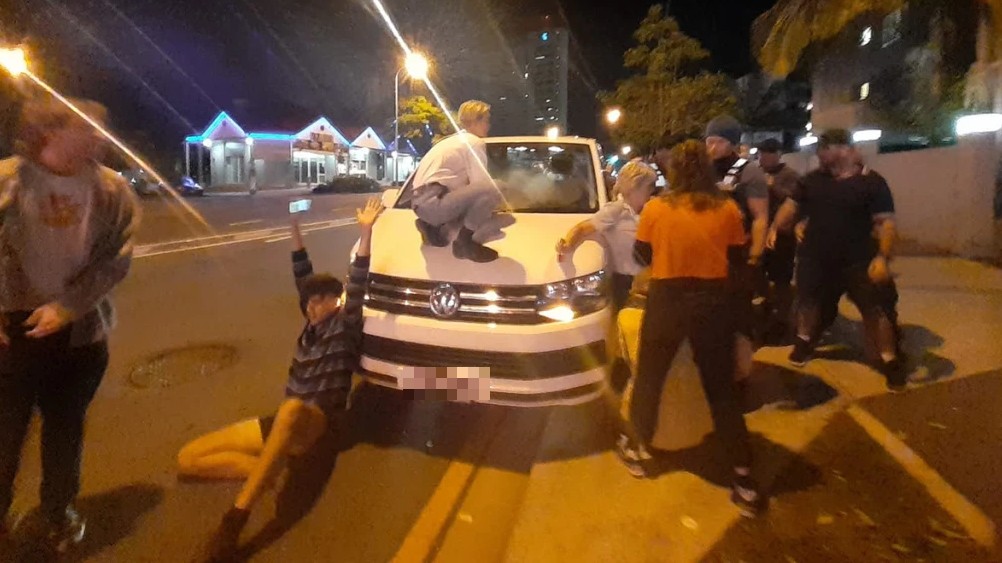 Cr Sri said he would continue to support the protests to allow asylum seekers to leave the hotel for exercise, to stop transferring them to high-security facilities and to ultimately allow them to be released into the community.

Protesters are intending to gather again outside the hotel on Sunday afternoon.