Donald Trump has claimed that coronavirus will “sort of just disappear” in spite of record high infection rates across America.

US President Donald Trump has claimed that coronavirus will "sort of just disappear" in spite of record high infection rates across America.

In an interview at the White House with Fox Business, the president reiterated the belief he has held on to for much of the year.

"I think we're (going to) be very good with the coronavirus," he said.

"I think that at some point that's going to sort of just disappear, I hope." 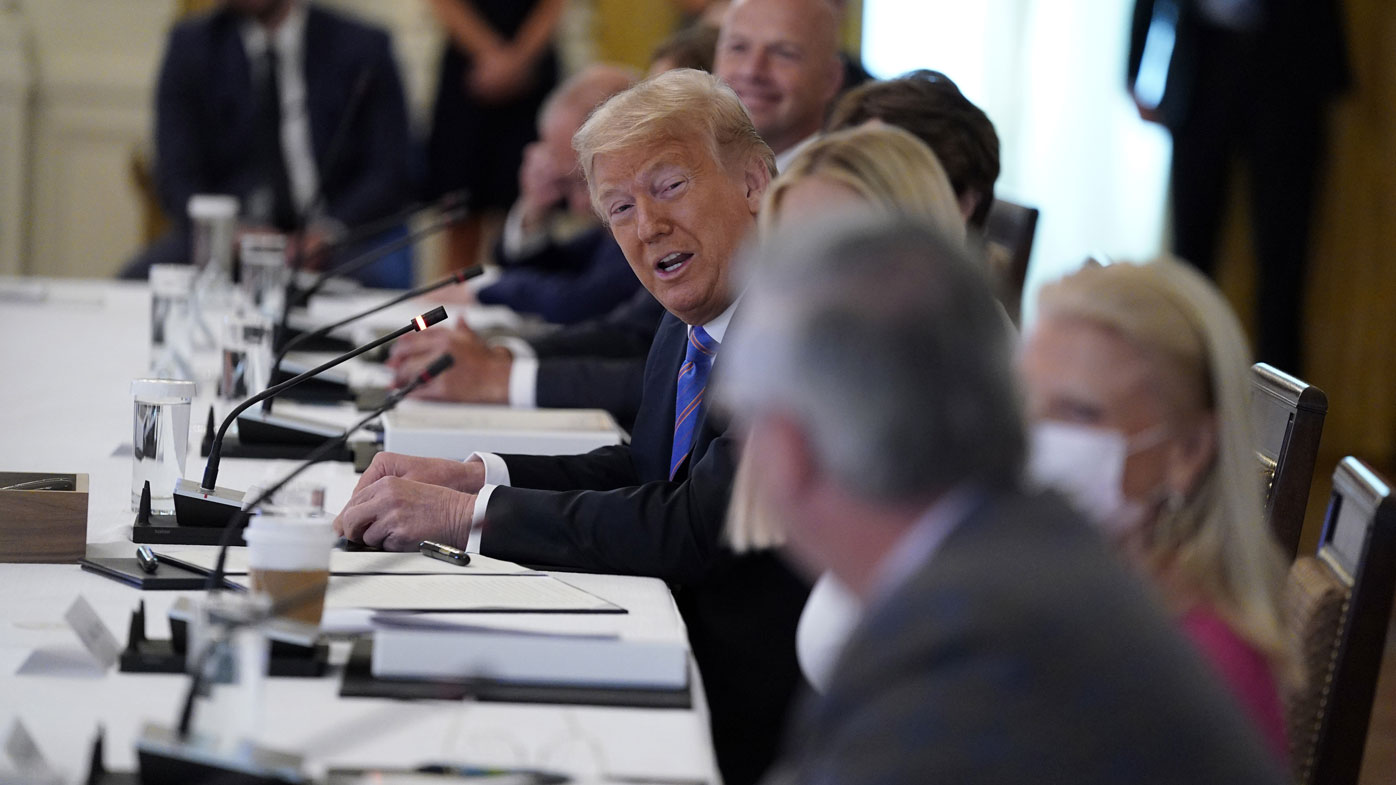 This is not the first time he has made such a claim.

In February, he made a remarkably similar statement.

"It's going to disappear. One day, it's like a miracle, it will disappear," he said.

At the time he likened the disease to the "sniffles" and said warmer weather would kill the virus.

It is currently summer in the US. 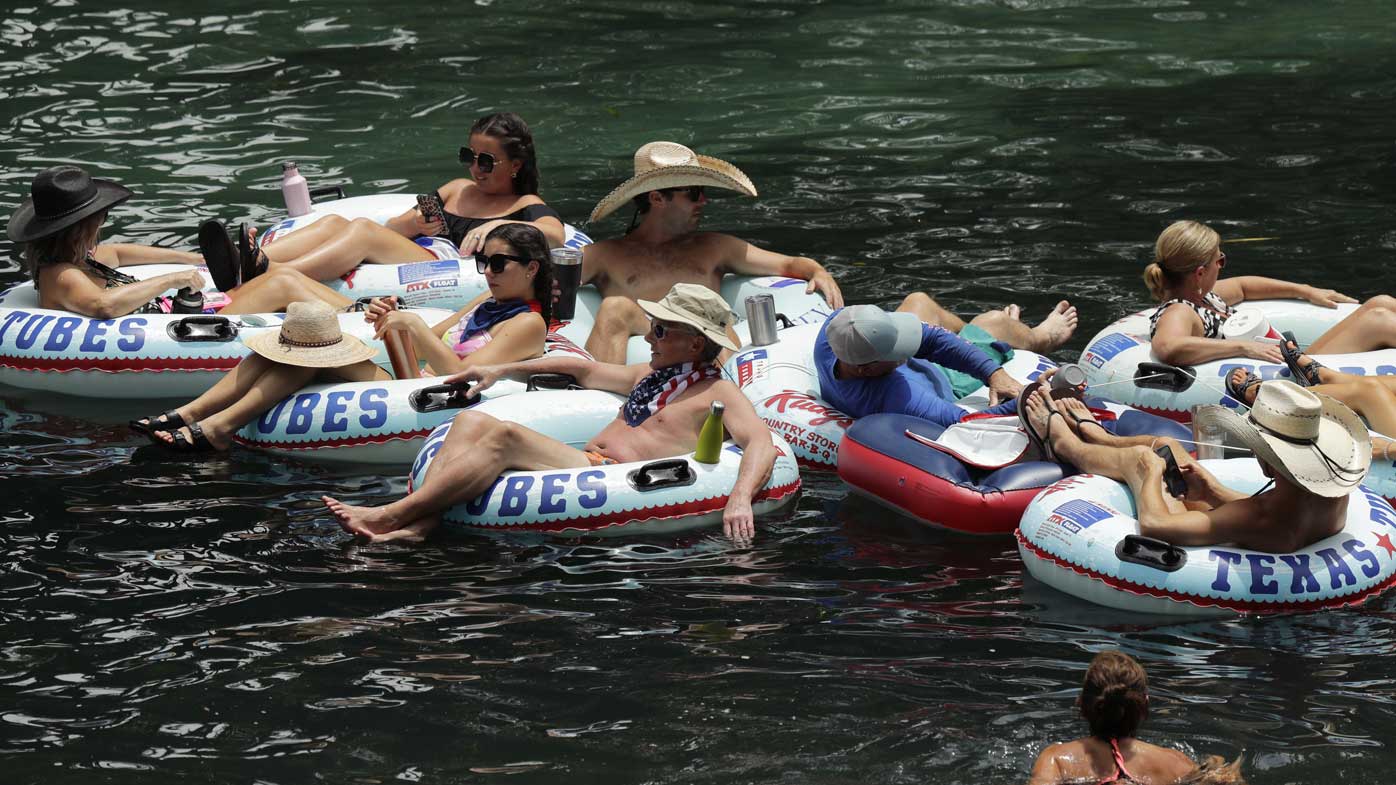 Cases are surging across the US, especially in the states of Texas, Florida, Arizona and California.

Only a few major population centres like New York, Boston and Washington, DC are presently in decline.

The US government's chief epidemiologist Anthony Fauci said it was entirely possible that America could be seeing 100,000 new cases a day.

"Clearly we are not in total control." 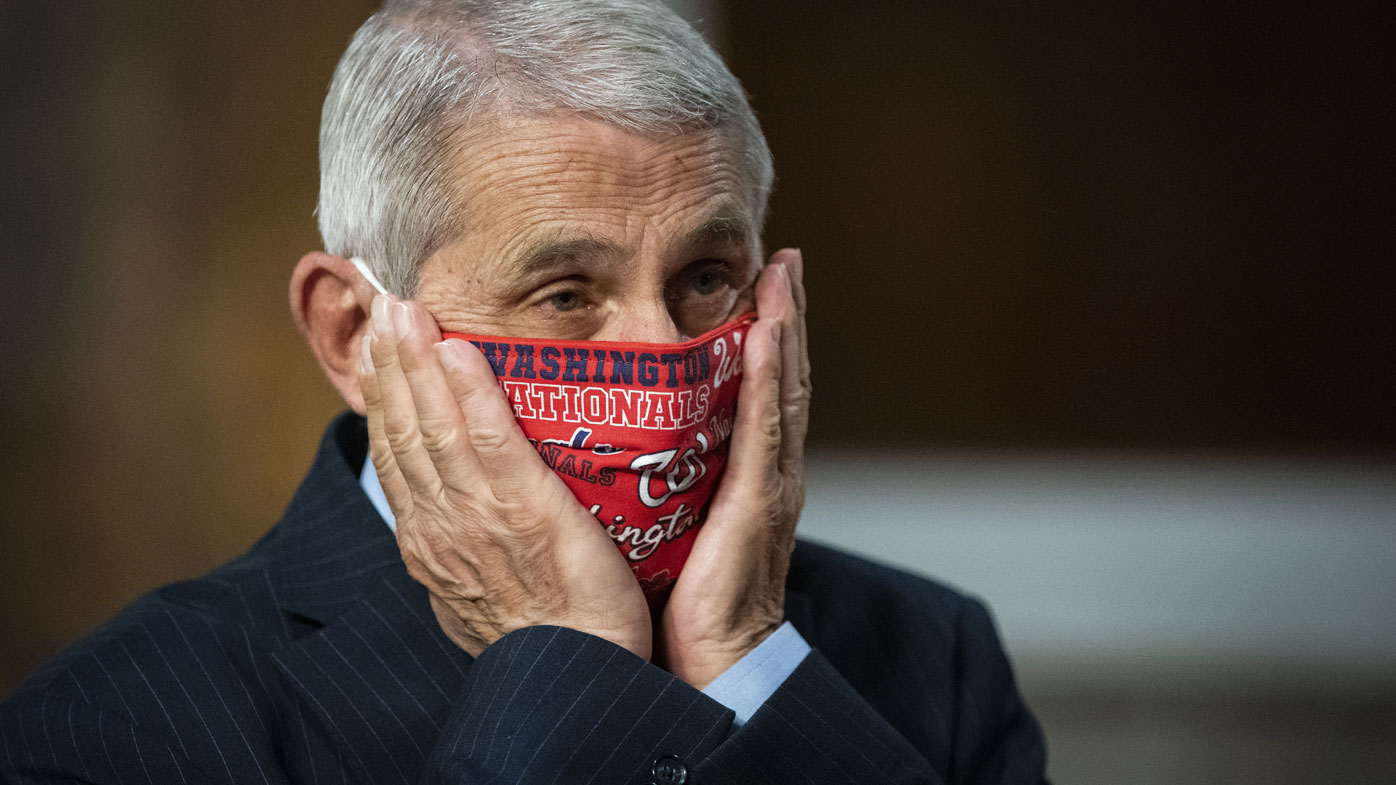 Mr Trump, who has ignored the warnings and pleas of top American health officials by not wearing a mask in public, appeared to have softened on the issue. 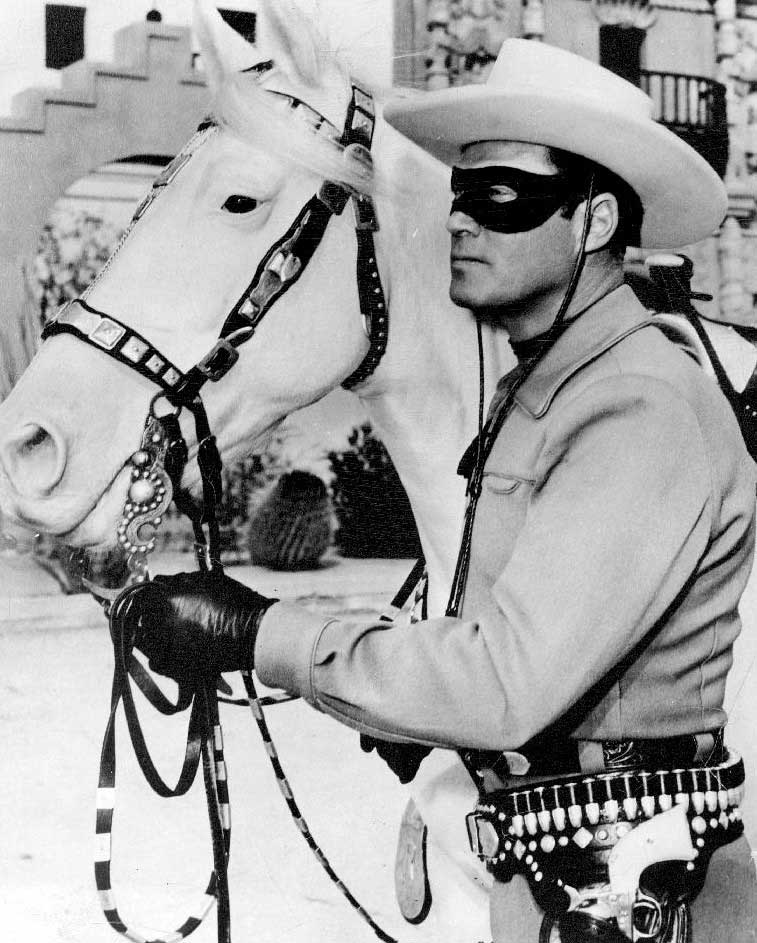 "It was a dark, black mask, and I thought it looked OK. Looked like the Lone Ranger."

The Lone Ranger was a cowboy-themed television and radio serial from the 1940s, when Mr Trump was a child.

The main character of the show wore a mask over his eyes, not his nose and mouth.

In the past Mr Trump has refused to wear a mask to prevent the spread of coronavirus.

A factory that makes medical supplies had to throw out an entire day's inventory because Mr Trump refused to put on a mask during his visit.

In another factory tour, he claimed he had worn a mask in a "back area" but took it off because he "didn't want to give the press the pleasure of seeing it".

He has also mocked his election opponent Joe Biden for wearing a mask.

Mr Trump's refusal to wear a mask is now drawing criticism from members of his own party.

Senator Lamar Alexander called on the president to start wearing one in public. 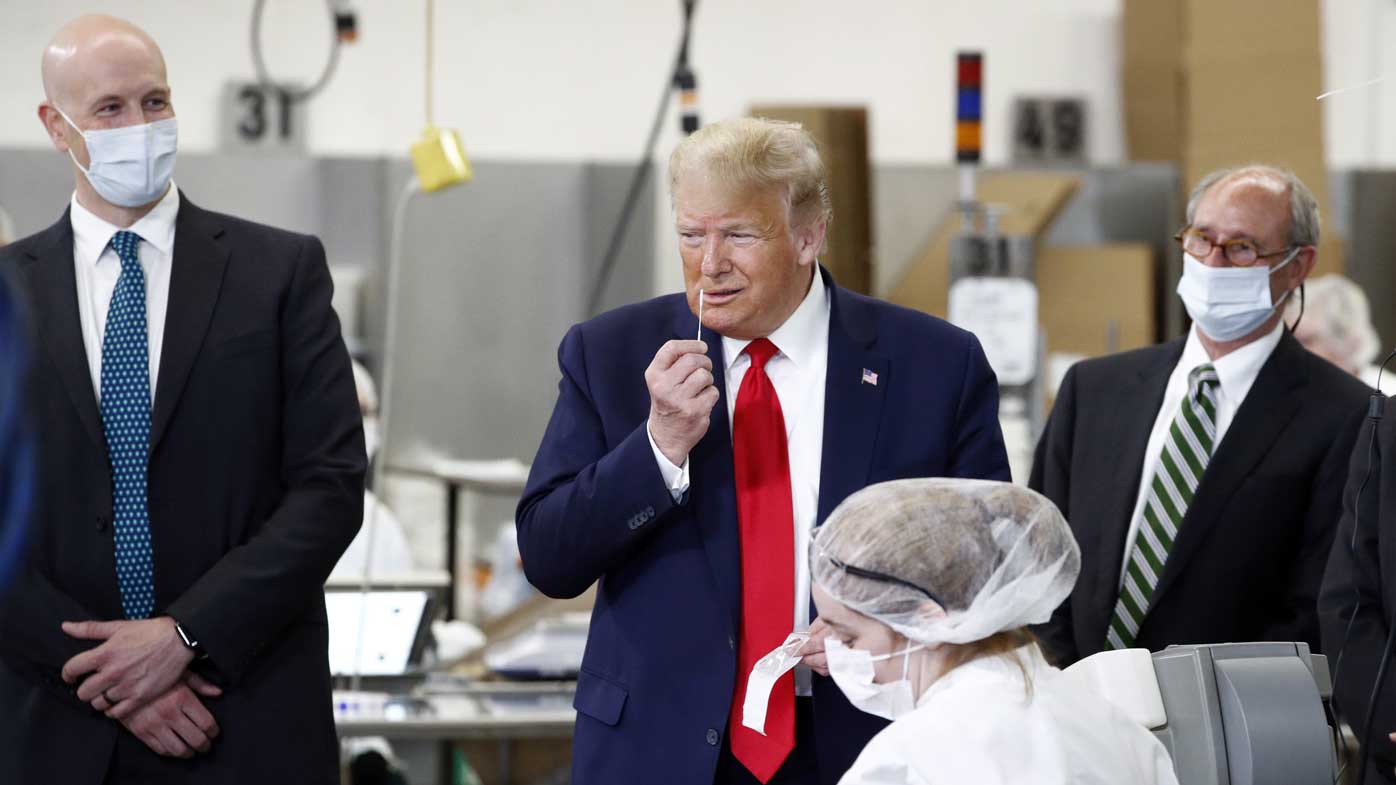 "The stakes are too high for the political debate about pro-Trump, anti-Trump masks to continue," he said.

"The president has plenty of admirers. They would follow his lead."

More than 2.6 million Americans have contracted coronavirus, and nearly 130,000 have died.

About 8.5 per cent of Americans undergoing tests for coronavirus are confirmed to have the disease. 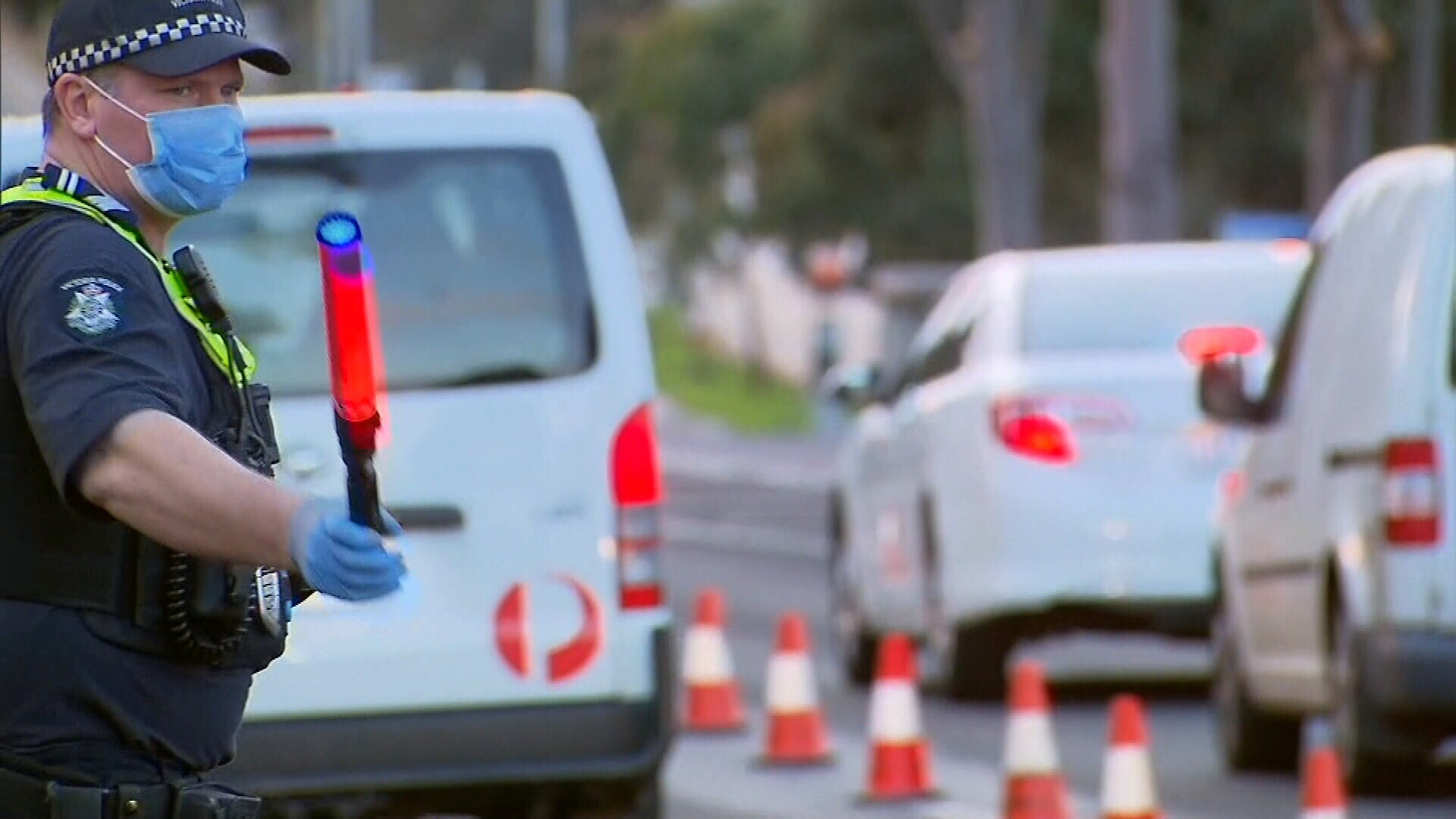