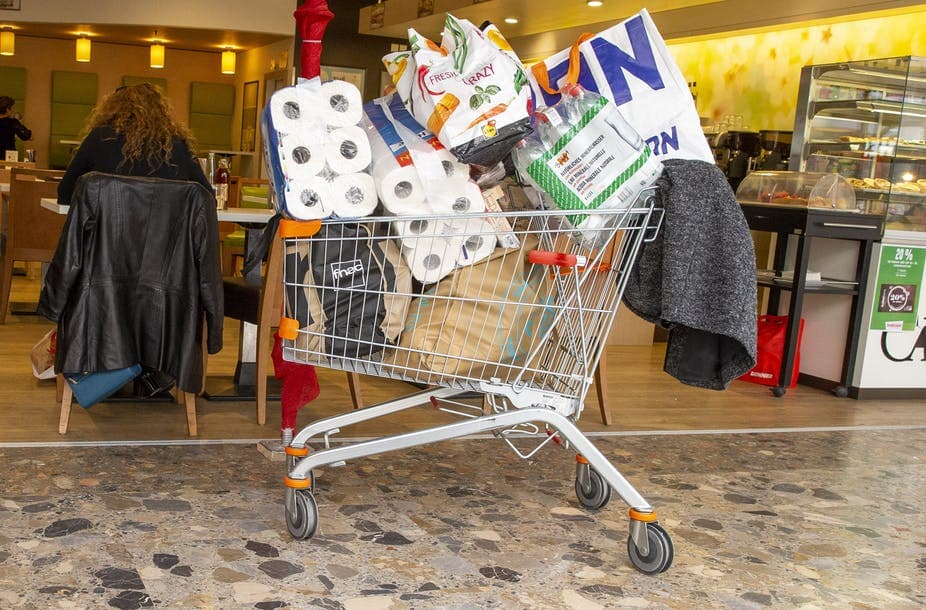 The coronavirus crisis has forced us to look at our behaviour in a way that we’re not used to. We are being asked to act in the collective good rather than our individual preservation and interest. Even for those of us with the best of intentions, this is not so easy. This is a problem […]

The coronavirus crisis has forced us to look at our behaviour in a way that we’re not used to. We are being asked to act in the collective good rather than our individual preservation and interest. Even for those of us with the best of intentions, this is not so easy.

This is a problem for governments. Practically, they need us to obey their recommendations and to only buy what we need. They can enforce these behaviours upon us through policing, but some, such as the UK government, have preferred to appeal to our sense of duty and morality to act in the interest of society as a whole. They say “we have to ask you” rather than “you must”.

They are invoking a communal spirit to do what’s right. The key point being that we should follow guidelines out of a sense of duty rather than needing to be commanded. Judging from the fact that I am having to ration my coffee supply, this is having mixed success.

Friederich Nietzsche argues that appeals to morality are no less a system of power and discipline than the police. In his book The Genealogy of Morals, he argues that moral thinking arises first, not from a desire to be a good and happy human being, but from the upper classes as a way of distinguishing themselves from the lower classes – justifying why they had benefits those less fortunate did not.

He points out that, in most languages, the words for good and evil arise from the words for ‘clean’ and ‘unclean’. The evidence of the moral nobility of the upper classes was their cleanliness and the decadence of the lower classes was proven by their dirtiness. This still seems to be true today, as we are told it is a moral duty to be clean and that those who do not obey the bodily discipline of handwashing, facial awareness and social distancing are not simply dangerous but selfish.

READ:  Review: Ratchet and Clank is the new poster child of next generation gaming

The sort of morality appealed to here was, in the history of philosophy, first introduced by the 18th century philosopher Immanuel Kant. Kant is not interested in whether what we do has good consequences or comes out of a sound character, but only that we act rationally for the sake of rationality – that we be reasonable.

Starting in his book Groundwork for the Metaphysics of Morals, he tries to encourage us to be rational by arguing that we should all follow a moral instruction that he calls ‘the categorical imperative’, telling us that we should not do things that do not make sense if everyone did them.

To act in a way that forces others to be irrational is, in itself, irrational. It is an affront to the dignity of the human being.

A relevant example is panic buying. To buy more than I need at the supermarket fails to pass the test because it is not possible for everyone to buy more than they need, it is only possible for a small fraction of the population to do so. However, if we all only buy what we need, then everyone can buy what they need. 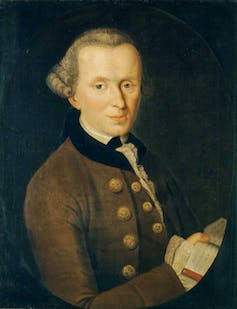 What would Kant make of your recent toilet paper purchases? Image courtesy Wikipedia.

The problem here, as Kant himself points out in a later book, is that we have an innate tendency to make exceptions for ourselves when it comes to a matter of self-preservation. I know that buying more than I need is the reason why I’ve been struggling to buy bread. Yet, when I finally see bread in stock for the first time in a week, I’m very likely to buy more than I need because I am worried when I will next see it, and I am very disinclined to put my own and my family’s needs beneath that of the community.

The root cause of this reluctance to put society before myself is that Kant – and some governments – are calling on a population that has committed to individualism to act in the collective interest.

In the case of the UK prime minister, Boris Johnson, the hesitation in enacting strict orders rather than vague direction does not come down to complacency, but rather to a woefully naïve faith in personal freedom – and a deep mistrust of state power. In short, it is down to his commitment to the ideals of the free market, autonomy and a small state. This is most clear as soon as we realise that panic buying is a result of the virtues of entrepreneurship: cleverness, resilience, agility and self-preservation.

Only a truly collectivist society would ever be able to self-isolate on a mass scale. Those that praise the individual and encourage us to make exceptions for ourselves will struggle, even in the face of a crisis like the coronavirus pandemic. It is, therefore, no surprise that so many governments are now having to resort to fully enforced lockdowns, with policing. Where Kant tried to invoke the power of God to encourage us to act morally, something contradicting his secular philosophy, modern leaders are now being forced to invoke the power of the state – and not for the last time before this crisis is over.