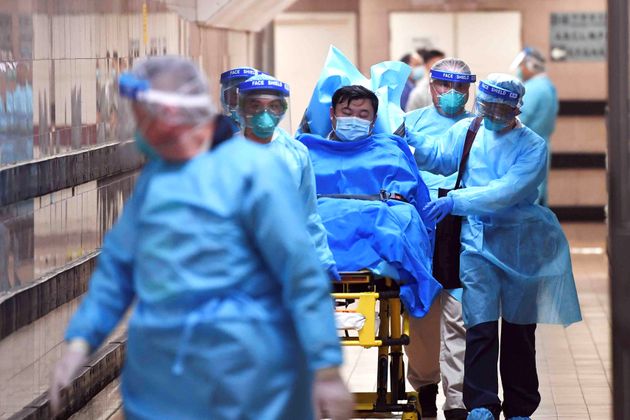 NSW Health has confirmed it is investigating four potential cases of the deadly coronavirus in New South Wales hospitals.

“We will not be disclosing the hospital locations of patients under investigation for privacy reasons,” a NSW Health spokesperson said on Friday.

“We will update the public immediately of any confirmed cases and need to disclose a person’s movements.”

Australia began screening passengers arriving from the Chinese city of Wuhan on Tuesday in a bid to stop the spread of a new mystery virus, although authorities warned that an outbreak would be hard to prevent.

China put millions of people on lock down on Thursday in two cities at the epicenter of a coronavirus outbreak that has killed 17 people and infected more than 630, as authorities around the world worked to prevent a global pandemic.

Health officials fear the transmission rate will accelerate as hundreds of millions of Chinese travel at home and abroad during week-long holidays for the Lunar New Year, which begins on Saturday.

The previously unknown virus strain is believed to have emerged late last year from illegally traded wildlife at an animal market in the central Chinese city of Wuhan.

“The lockdown of 11 million people is unprecedented in public health history,” Gauden Galea, the World Health Organisation’s (WHO) representative in Beijing, said.

Other cities were also taking steps to restrict movement and contact.

Airports worldwide were screening passengers arriving from China. Hong Kong, which has two confirmed cases, is turning two holiday camps into quarantine stations as a precaution. Taiwan has banned anyone from Wuhan from going to the island.

Yawen Chen and Se Young Lee contributed to this report.