Alex Potter has treated the wounded and dying in an Iraq warzone, yet, for the young US nurse, it is coronavirus which is a far greater stress given it is a deadly danger no one can see.

Alex Potter has treated the wounded and dying in an Iraq warzone, yet, for the US nurse, it is coronavirus which is a greater stress given it's a danger no one can see.

It was the third week in February when the 30-year-old registered nurse noticed signs the pandemic had spread to her part of the world, the New York state of Rhode Island.

The Minnesota native had taken a week's break from her contract job as an emergency room nurse at an East Coast hospital; before she left there were no COVID-19 cases. Things drastically changed on her return.

"It was really amazing how fast it escalated," Ms Potter told nine.com.au. 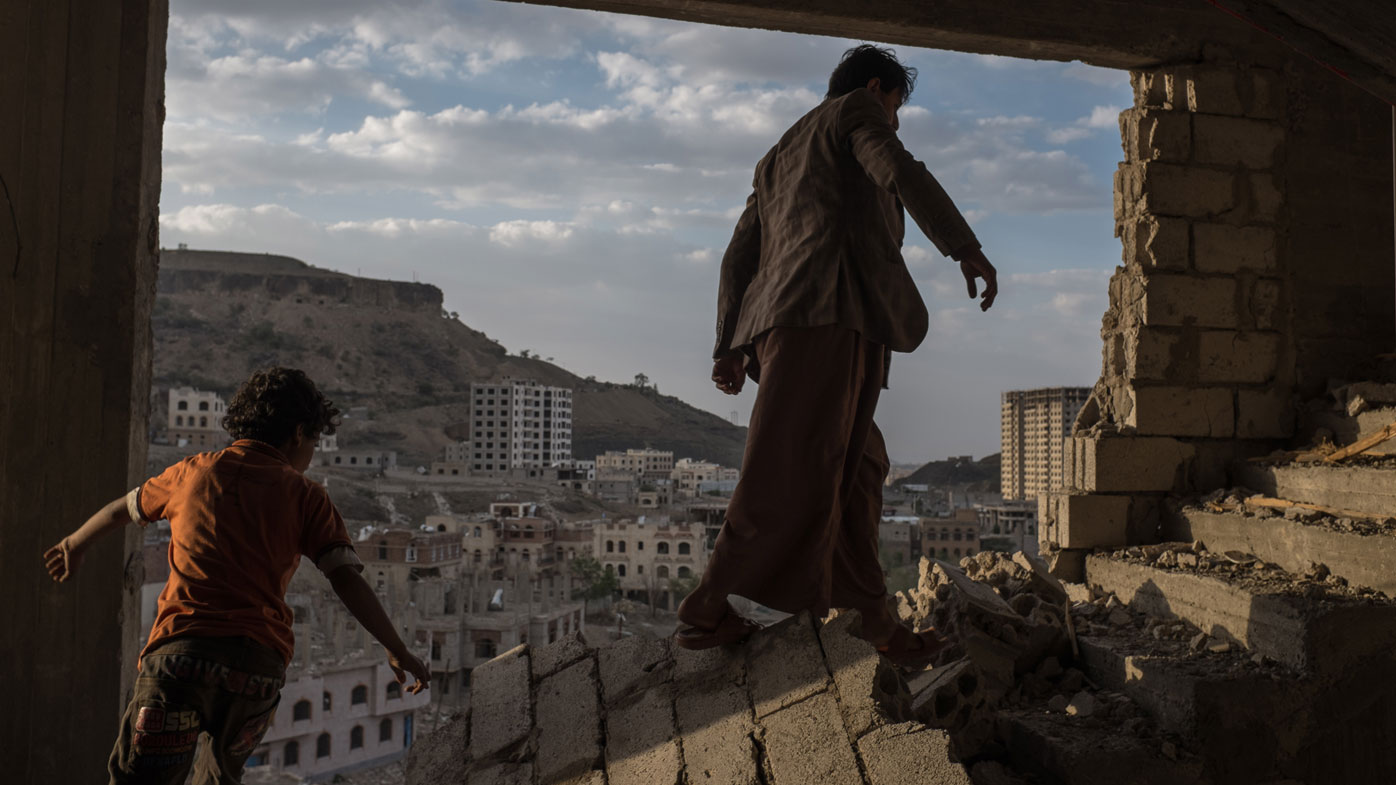 "I was gone for a week the 13th until the 20th and after that it was bam… PPE protection mode. We're presuming everyone who has a cough or fever has it."

Australia has just over 7000 confirmed cases of the virus with 100 deaths.

Ms Potter says little has changed day-to-day for her since the pandemic hit. That's if you don't count the intense heat of PPE suits or niggling fear she may contract the virus and pass it on to loved ones. 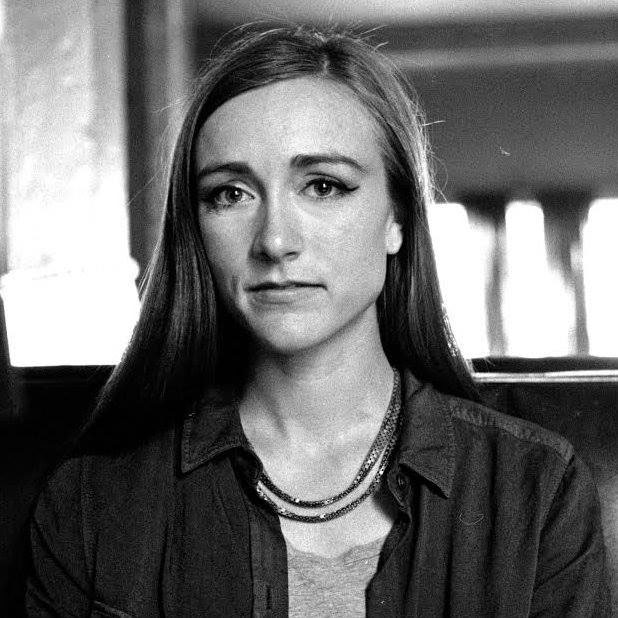 Yet, the heat it's something she's somewhat accustomed to after almost two years as a trauma medic during Islamic State's horror invasion of Iraq's Mosul city.

"Mosul was obviously much more difficult, at least for me… emotionally and physically, 120 degrees (48 degrees Celsius) in Iraq … suffering is so visible and visual… working in the ER," she said.

"This (pandemic) has been stressful for my partner because in Mosul we had specific dangers that we can mitigate.

"But (COVID-19) is very insidious and it's not something we can see."

Ms Potter first travelled to Iraq in November 2016 with the plan to spend a just few weeks taking photos of women living in displaced-persons camps.

Outside her career as a health worker, she's a professional photojournalist. Since graduating from nursing in her 20s, she's visited less travelled parts of the world such as Jordan, Uganda and the Middle East.

"My family didn't travel outside of the US. I wanted to learn more about the world. I want to be a travel writer… so I studied abroad in India, Jordan and Uganda," she said. 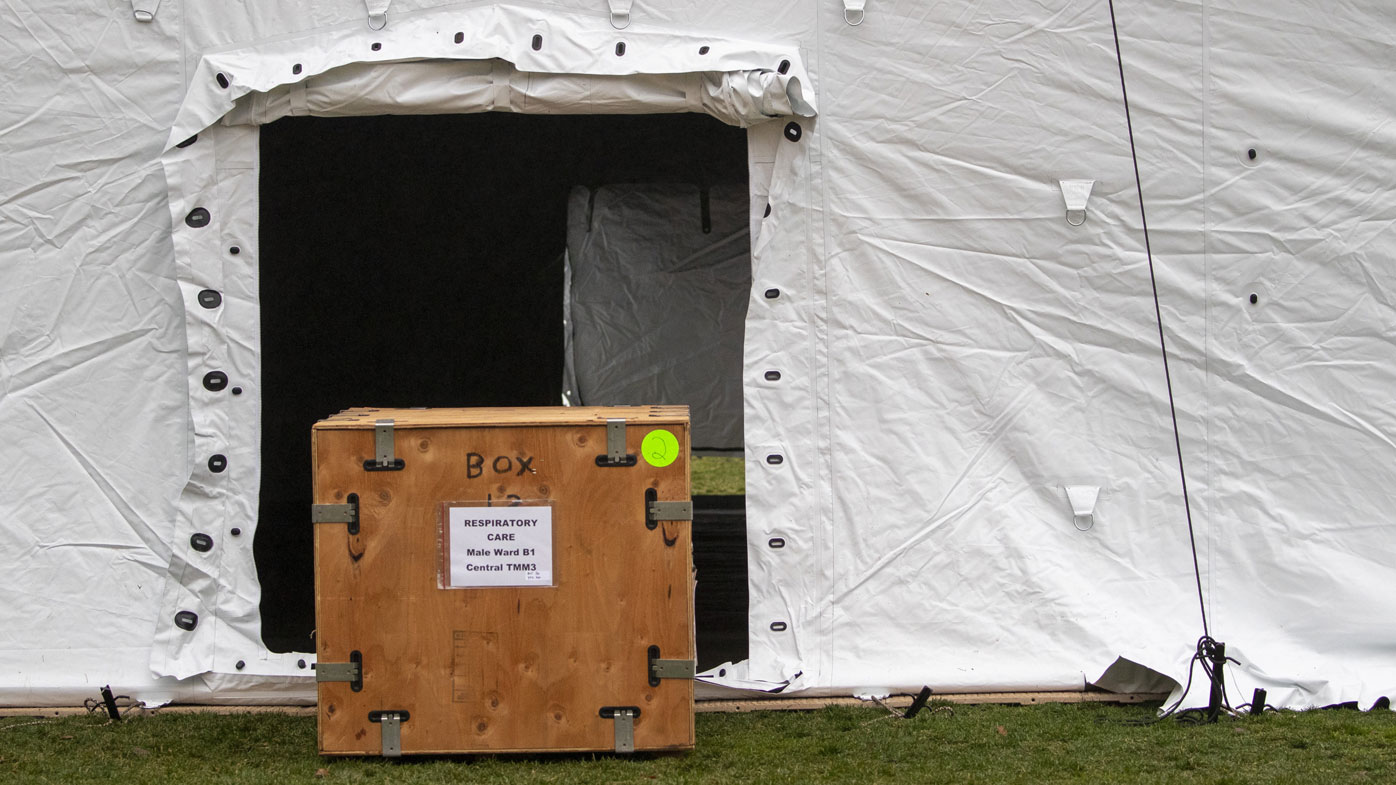 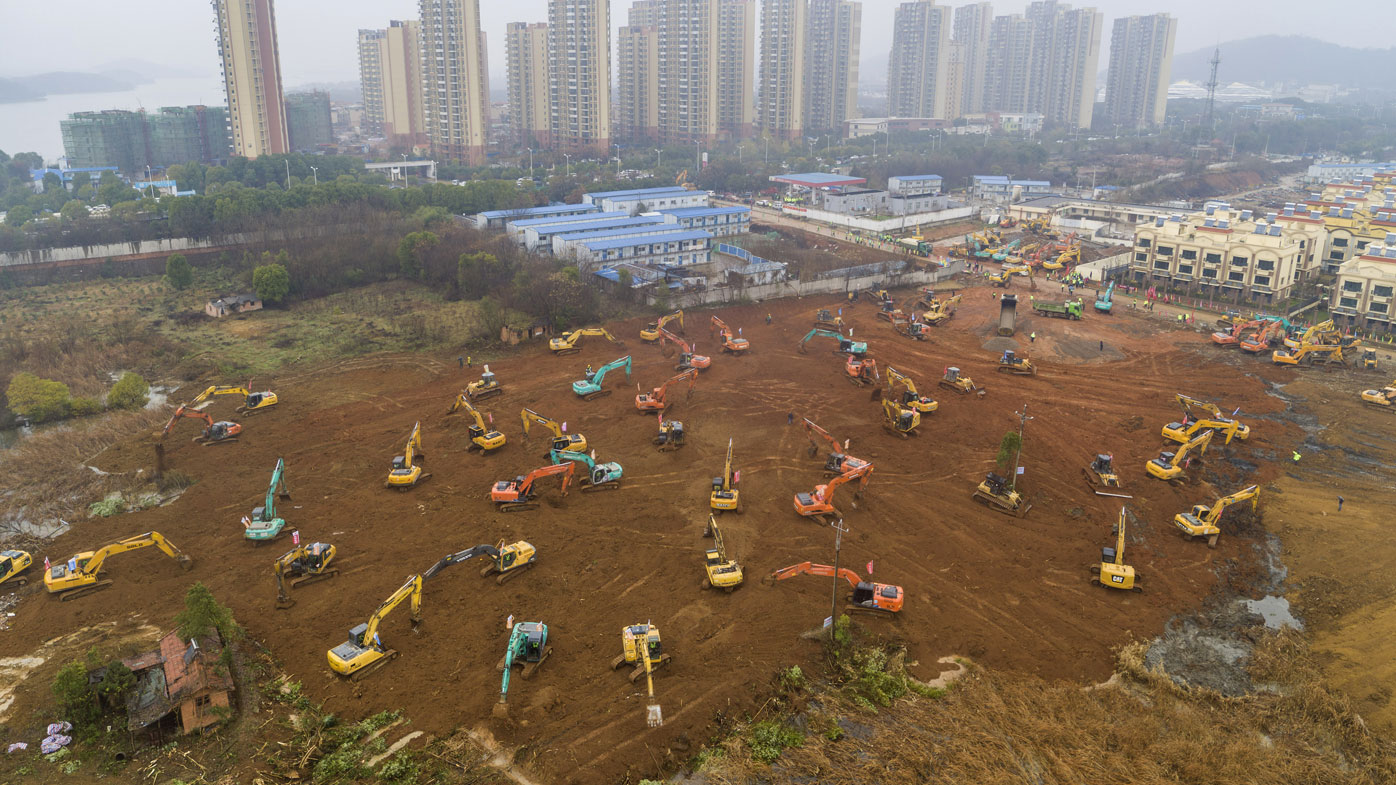 Her desire to travel returned after her studies finished. She graduated at the tail end of the global financial crisis and there were no nursing jobs. So, she took what little savings she had and returned to Jordan in search of freelance assignments. She soon found regular work with a newspaper in Yemen.

She worked until her money ran out before returning to the US where she secured a fellowship to study in Lebanon. In between her studies she returned to Yemen.

Ms Potter spent three years between 2012 and 2015 reporting in the country. Her work has been published in The New York Times, The Washington Post and The Times of London to name just a few. She has also published a photo book of her work.

READ:  Queensland border won't close again 'unless whole of NSW is in lockdown'

In 2015, warfare and threats to her safety forced her out of Yemen and again back to the US. It was a hard landing, with the traveller struggling to settle back in Minnesota. She had left a boyfriend behind in Yemen and was feeling displaced.

After planning a freelance article on couples separated by war, Ms Potter booked a trip to Iraq. When she arrived it was swarming with journalists covering ISIS.

"While I was there, I was reading the news that the trauma response was awful ... and I heard about Pete and his group. I Facebooked him saying 'Hey I can help you guys out for a couple of weeks," she said. 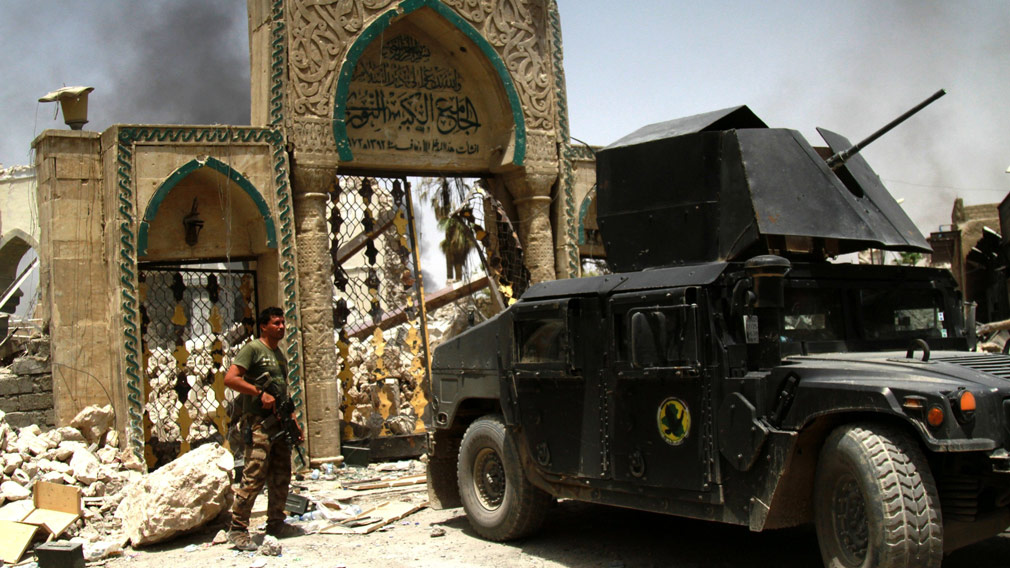 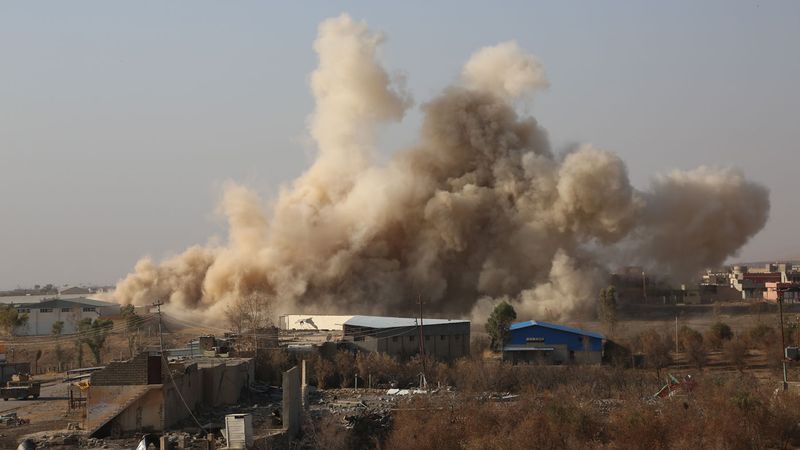 Her planned few weeks stay in Iraq would become a year-and-a-half working with Pete Reed and his Global Response Management (GRM) group. The pair would form a fast bond that soon deepened. Today, she remains GRM's Vice President and director.

Ms Potter's voice lightens as she speaks about Mr Reed, her partner of three years. She laughs as she recalls their first contact online.

"I went thinking I would stay for a couple of weeks and it was something that lasted almost a year and I'm very grateful."

Ms Potter said when she arrived in Iraq the nation's health system was in tatters. ISIS had taken control with legal sanctions leaving international humanitarian groups hamstrung to help.

"We lived with the (Iraqi special ops and medics), we lived in these trauma stabilisation points - empty houses, schools or mosques since the hospitals had been taken over by ISIS."

"They were using ambulances as car bombs. So, we'd throw (patients) on the hood of Humvees and we would do very basic stabilisation … stop the bleeding, start the breathing, treat for shock and transport them… That meant sending them back to the American surgical centre."

She said she helped treat between 8000 to 9000 people during her time. It was a heavy emotional toll.

"I internalised a lot of it. After three to four months I was so different, very irritable and had lost all emotional interest," she said. 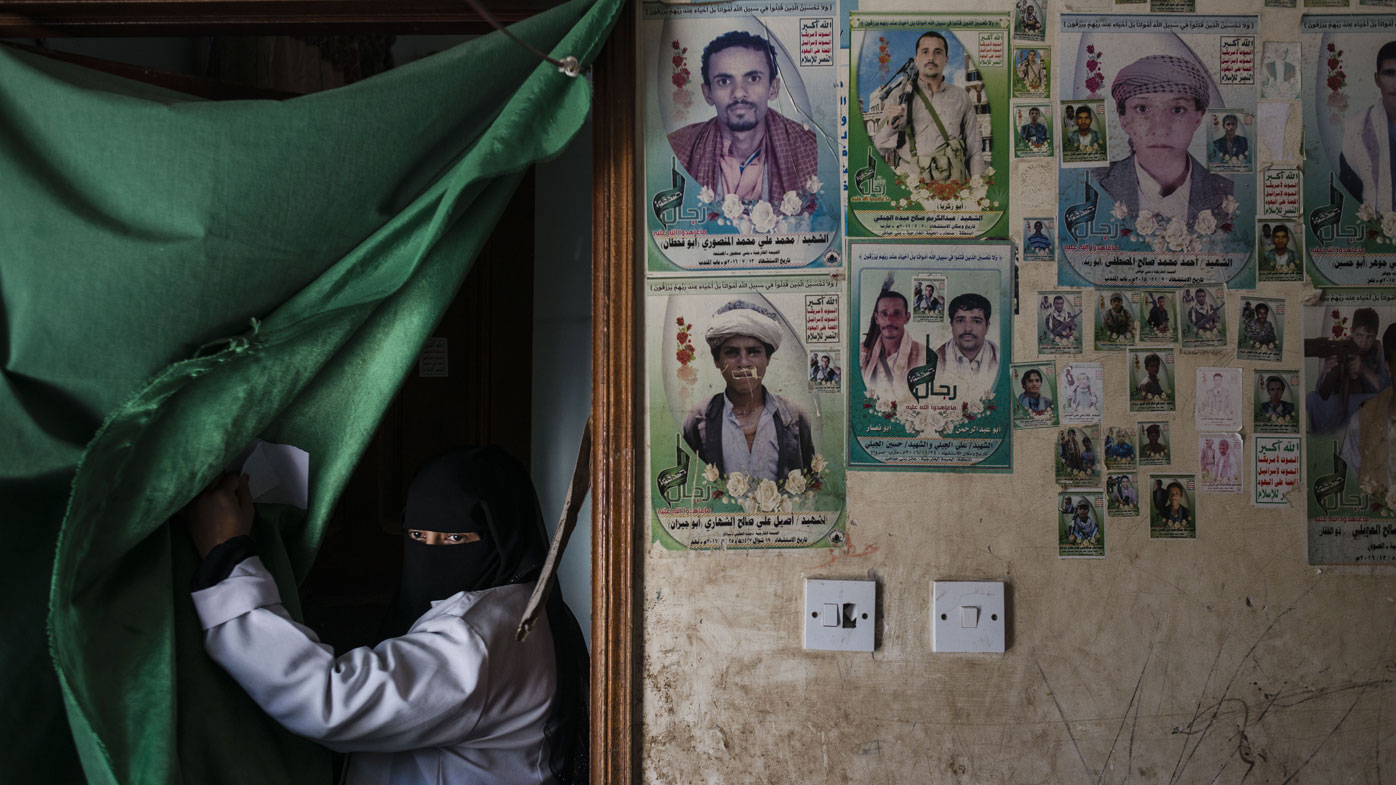 In May 2018, after burning out, she and Mr Reed returned to the US. They landed in rural Idaho where Ms Potter spent the next two years working as a wildland firefighter.

In October 2019 the pair moved to Rhode Island with Ms Potter returning to nursing and a regular paycheque and Mr Reed to new studies.

Before the "corona monster", as she describes it, Ms Potter had planned to return to Yemen on assignment. Like the rest of the world, international travel bans have her stuck in place. Yet, despite this, she's still thinking next steps.