At least 2,400 cases of Covid-19 have been confirmed in Australia and 13 people have died.New South Wales has the highest statistic at 1,219 cases and recorded 211 news cases in the past 24 hours to 8am Thursday.Victoria has at least 520 cases. There a… 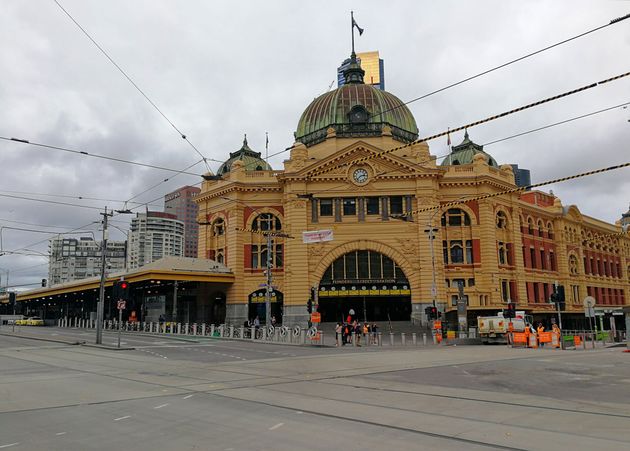 At least 2,400 cases of Covid-19 have been confirmed in Australia and 13 people have died.

New South Wales has the highest statistic at 1,219 cases and recorded 211 news cases in the past 24 hours to 8am Thursday.

More than 162,000 people have been tested in Australia.

The virus has killed more than 20,000 people worldwide and continues to spread at a rapid pace. Australia has tightened restrictions across the country, including limiting the size of weddings and funerals, and closing non-essential businesses such as bars, restaurants and cinemas.

The number of deaths increased to 13 after three people in their 70s succumbed to COVID-19 in Victoria overnight, and a Perth man in his 70s died Thursday.

Queensland recorded its first Covid-19 death after a 68-year-old man passed away in hospital after being infected while on board a Royal Caribbean cruise ship.
The ABC reports Toowoomba man Garry Kirstenfeldt and his wife were allowed to get off the ship and travel home to Queensland when it docked in Sydney last week.

“I do not want to give the impression that if you’re over 70 with no medical condition at all, that you are not at risk of dying or needing intensive care because that is certainly the case,” said Sutton.

“The older that you get, especially over 60-65 years of age, the greater the risk of severe illness. As I say, you can be over 70 with no preexisting conditions and to be absolutely a risk.” 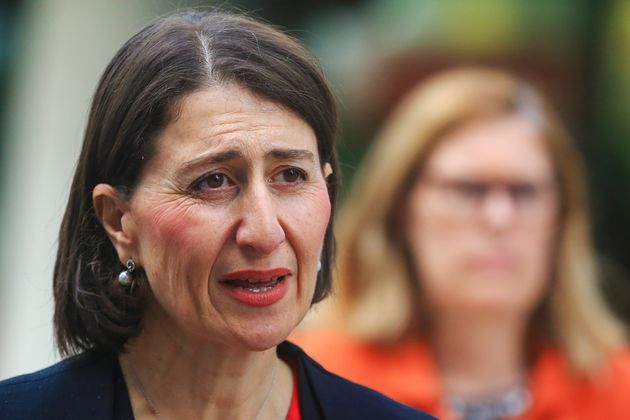 No One Allowed Off Ships, Tighter Lockdowns On The Way

No passenger will be allowed off cruise ships in Sydney until new protocols, which are still being negotiated with the federal government, are signed, New South Wales Premier Gladys Berejiklian said on Thursday as the number of coronavirus cases spiked.

Cruise ships have become a focal point in Australia after 147 passengers who disembarked from the Ruby Princess in Sydney last week tested positive for COVID-19. Ruby Princess is owned by a unit of the world’s largest cruise operator, Carnival Corp.

“I don’t want anyone off a ship in Sydney until border force, the federal minister, health authorities together sign off on the new arrangements,” Berejiklian told reporters.

“That is difficult for some because there are a number of ships that have been at sea carrying Australians but there is no option,” she said.

“The protocols that I want far exceed what the existing protocols are and that’s what we are negotiating with the federal government.”

No one will be allowed to leave a cruise ship in Sydney until tough new guidelines are signed off by our Federal and State authorities. pic.twitter.com/3egYT3vlW0

Berejiklian said her state would move to tighter restrictions on social distancing if the number of cases continued to climb.

The premier of Victoria Daniel Andrews said on Wednesday he would go harder on the lockdowns, if necessary, while warning there could be a shortage of ventilators if the virus is not contained.

Australia also said it would force passengers on a ship into quarantine and refused entry to another vessel amid concern that cruise ships have been a breeding ground for many of the new coronavirus cases in Australia, including it ninth fatality.

The MV Artania, owned by Germany’s Phoenix Reisen, was scheduled to dock in Perth and called ahead for medical assistance after 25 of its 800 passengers reported respiratory problems, the West Australian state government said.

The authorities refused to let it dock and sent local health professionals onto the ship, which had no Australians onboard.

Another cruise ship, the Vasco da Gama, was due in Perth on Friday with 800 Australians and 109 New Zealanders on board.

It will now be forced to dock at Rottnest Island, a former prison outpost, where a makeshift quarantine station was being set up. Foreigners would be flown home, while Australians would be let back into the country after 14 days of quarantine.

Phoenix Reisen, the MV Artania owner, was not immediately available for comment.

The travel agent has temporarily stood down 3,800 Australian staff as demand plummets and shopping centres close down amid coronavirus lockdowns.

Hi Peter,
Yes we still have a large team of agents and network of stores. FCTG will only be closing about 30% of our stores nationwide, so we can assure you that we will have plenty of people available to assist you.
Thanks
Piper

Australia will expand coronavirus testing, Prime Minister Scott Morrison said on Wednesday, as Canberra struggles to contain an outbreak that it said has killed 11 people.

Morrison said Australia will expand testing to include people if they present with fever or an acute respiratory infection, as part of a move to help hospitals ready for an expected influx of new patients.

Australia had previously limited testing to people displaying symptoms who had recently returned from overseas. This has been widely criticized and the expansion of testing came as authorities signaled a more aggressive approach.

Morrison said high-risk groups to be tested include health workers, employees in care facilities for the elderly, prisoners, boarding school pupils and military base personnel.

Doctors will also be allowed to test hospital patients who display coronavirus symptoms.

“Every extra bit of time allows us to better prepare our health system and put measures in place to protect Australian lives,” Morrison said in an emailed statement.