Coronavirus has hit a milestone, infecting more than 100,000 people worldwide as it weaves itself deeper into the daily lives of millions.

Crossing more borders, the new coronavirus has hit a milestone, infecting more than 100,000 people worldwide as it weaves itself deeper into the daily lives of millions, infecting the powerful, the unprotected poor and the vast masses in between.

The virus, which has killed nearly 3400 people, edged into more and more US states, popped up in at least four new countries and even breached the halls of the Vatican.

It forced mosques in Iran and beyond to halt weekly Muslim prayers. It brought Israeli and Palestinian authorities together to block pilgrims from Jesus' birthplace in Bethlehem. And it upended Japan's plans for the Olympic torch parade. 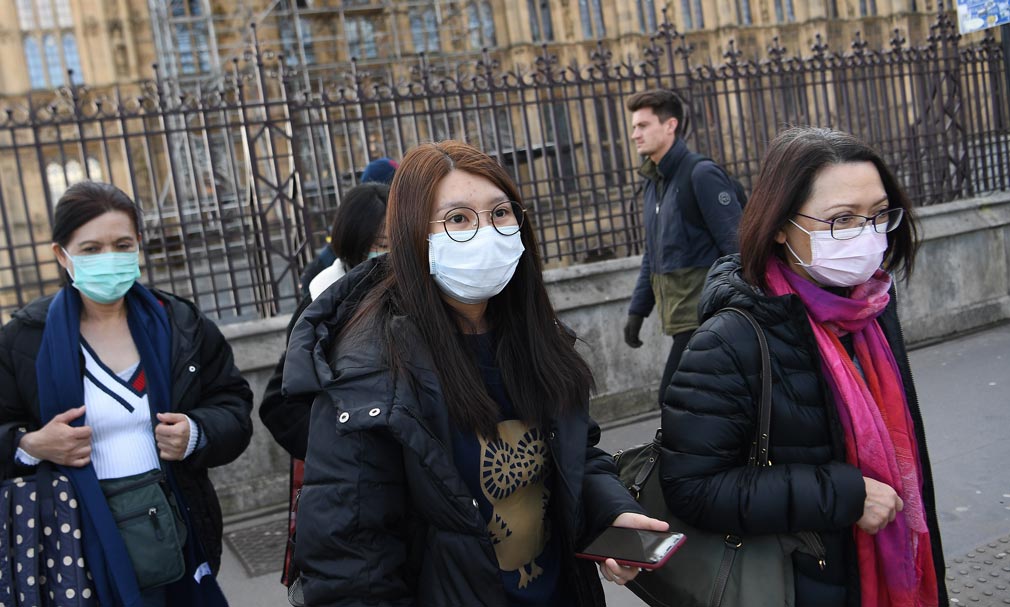 "Who is going to feed their families?" Elias al-Arja said.

Mr al-Arja is head of a hotel owners' union in Bethlehem in the Israeli-occupied West Bank, where tourists have been banned and the storied Church of the Nativity shuttered.

Impact in the UK

A man in his early eighties has become the second person to die in the UK after testing positive for coronavirus.

The man, who had underlying health conditions, died while being treated at Milton Keynes University Hospital.

As of Friday, 163 people had tested positive for Covid-19 - up from 115 cases reported the previous day.

Northern Ireland then confirmed its fourth case later on Friday, bringing the total to 164.

On Thursday evening another patient, reported to be a woman in her seventies, became the first person in the UK to die after being diagnosed with Covid-19 while at the Royal Berkshire Hospital in Reading. 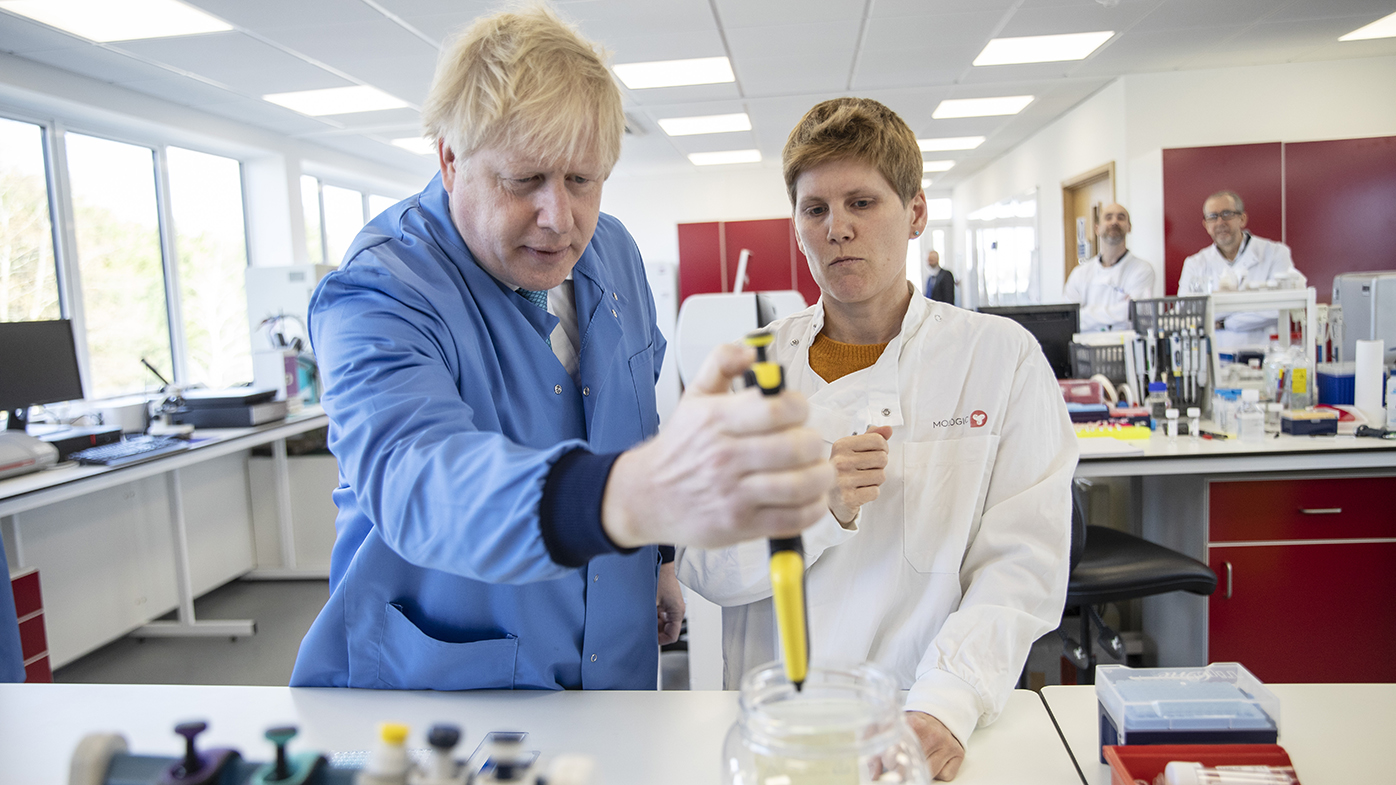 Meanwhile, Health Secretary Matt Hancock said the Government is working with supermarkets to ensure food supplies as the number of people self-isolating is expected to rise.

READ:  'You Clap For Me Now': The Story Behind The Powerful Poem Read By Key Workers

He sought to reassure the public following panic-buying in some areas, with supermarkets seeing their shelves cleared of essentials such as toilet roll and paracetamol.

Questions swirled around whether Iran could control its outbreak, as the number of reported infections jumped beyond 4700 today, with 124 deaths.

Iran planned to set up checkpoints to limit travel, urged people to stop using paper money and had firefighters spray disinfectant on an 18-kilometre length of Tehran's most famous avenue.

"It would be great if they did it every day," grocery store owner Reza Razaienejad said after firefighters sprayed outside his shop.

"It should not be just a one-time thing." 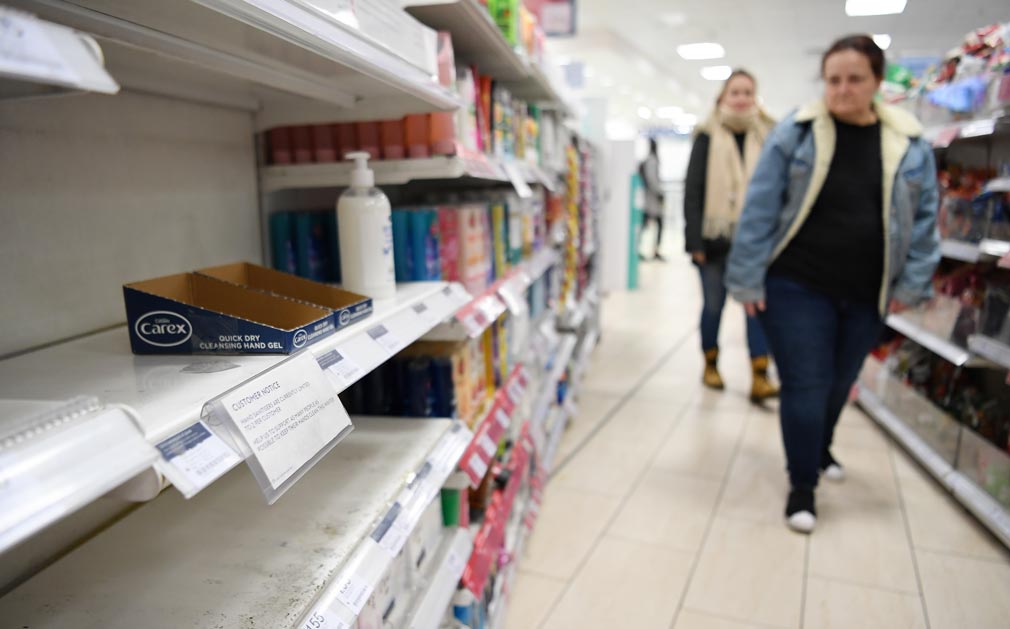 The 100,000 figure of global infections is largely symbolic but dwarfs other major outbreaks in recent decades. SARS, MERS and Ebola affected far fewer people but had higher mortality rates.

The economic impact grew along with the number of infected people. World stocks and the price of oil dropped sharply again Friday.

A sharp drop in travel and a broader economic downturn linked to the outbreak threatened to hit already-struggling communities for months to come.

The head of the UN's food agency, the World Food Program, warned of the potential for "absolute devastation" as the outbreak's effects ripple through Africa and the Middle East.

India scrambled to stave off an epidemic that could overwhelm its under-funded and under-staffed health care system, with not nearly enough labs or hospitals for its 1.3 billion people. 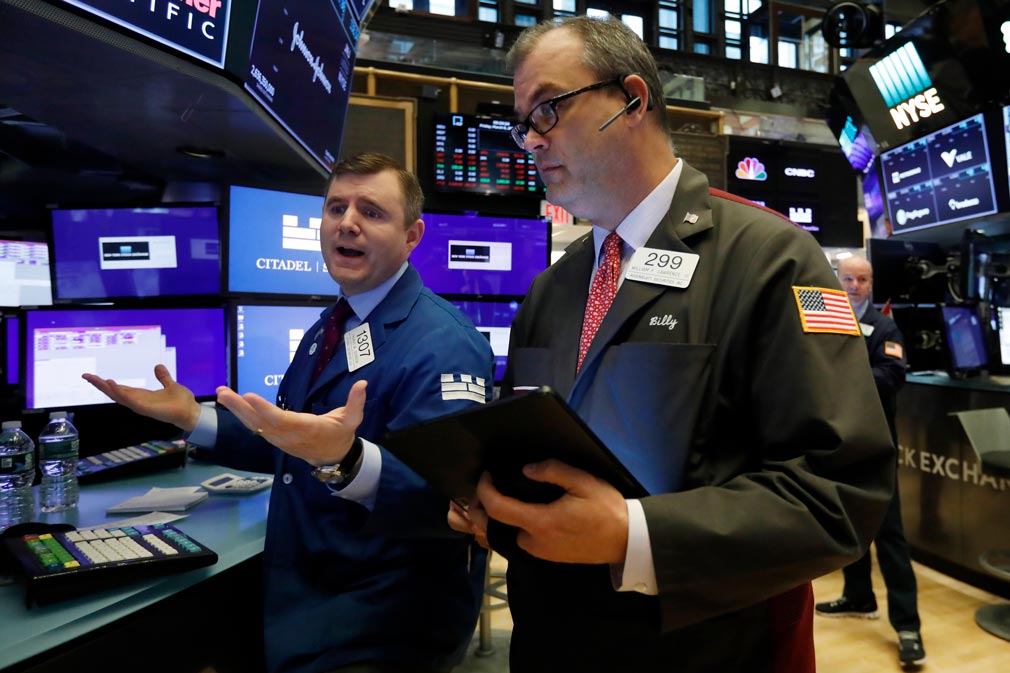 Yet even as COVID-19, the disease caused by the virus, reached new territory, it was retreating in China, where it first emerged late last year, and slowing in South Korea, another major epicentre.

More than half of those who contracted the virus have now recovered, and US health officials said they expect a far lower death rate than the World Health Organization's international estimate of 3.4 percent – a high rate that doesn't account for mild cases that go uncounted.

The fear and the crackdowns that swept through China are now shifting westward, as workers in Europe and the US stay home, authorities vigorously sanitise public places and consumers flock to stores for household staples.

"The Western world is now following some of China's playbook," Chris Beauchamp, a market analyst at the financial firm IG, said.

The spectacle of a cruise ship ordered to stay at sea off the California coast over virus fears replicated ones weeks ago on the other side of the globe in which hundreds of people were infected on a ship even during a quarantine. 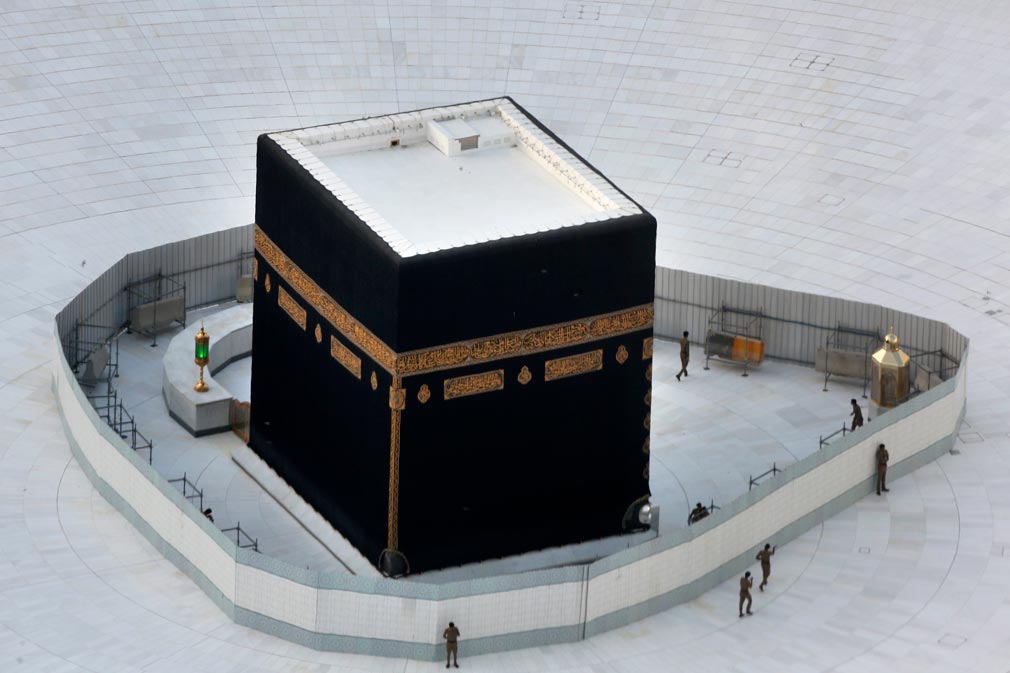 Thailand on Friday blocked a separate cruise ship from docking, worried that it carried dozens of passengers from Italy, the centre of Europe's epidemic, which has 148 virus deaths. No one on that ship was known to be infected.

In the US the number of cases passed 230 people scattered across 18 states.

President Donald Trump cancelled a trip to the Centers for Disease Control in Atlanta even as he prepared to sign a US$8.3 billion bill for vaccines, tests, potential treatments, and to help state and local governments.

China reported 143 new cases Friday, the same as a day earlier and about one-third what the country was seeing a week ago.

Just a month ago, China was reporting several thousand new cases a day. The problem has now flipped, with the outbreak moving to Europe – where Italy, Germany and France had the most cases – and beyond. 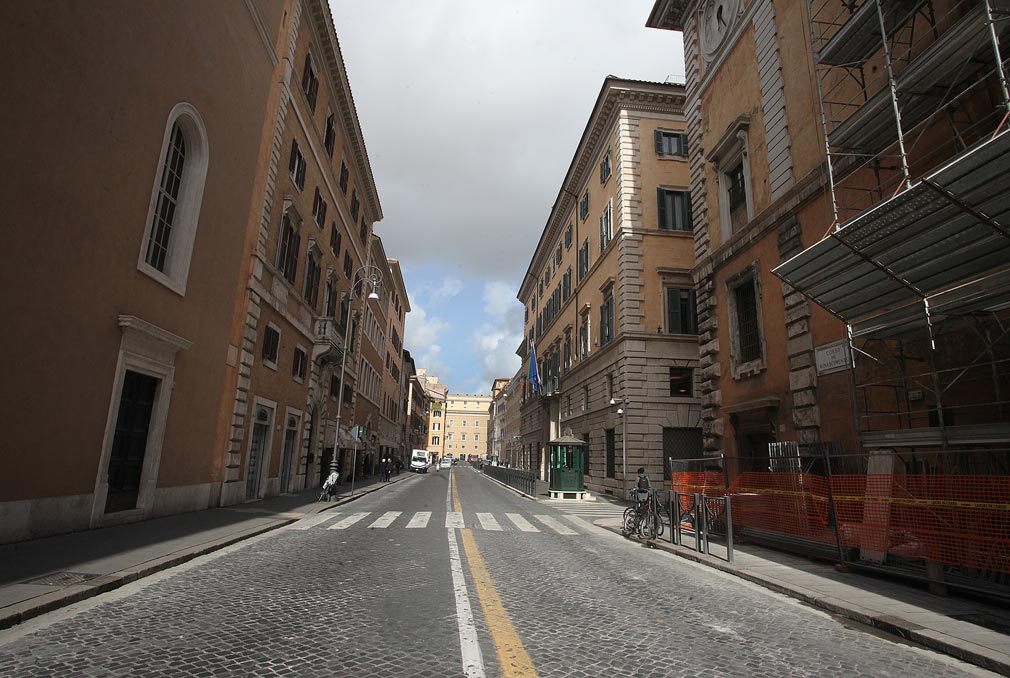 South Korea reported 505 additional cases Friday, down from a high of 851 on Tuesday.

READ:  It’s Probably Just A Bug, But Apparently When You Download The CovidSafe App Peter Dutton Gets A Boner

The new virus has spread to about 90 countries. The Netherlands reported its first virus death Friday while Serbia, Slovakia, Peru and Cameroon announced their first infections.

Even Vatican City was hit, with the tiny city-state confirming its first case Friday but not saying who was infected. The Vatican has insisted that 83-year-old Pope Francis, who has been sick, only has a cold.

The new coronavirus is known to affect the elderly more than other groups.

Concerns in the US

And in the United States, officials in Washington state are so concerned about having space to care for the sick they were expected to close a $4 million deal Friday (local time) to take over a roadside motel.

The plan to turn the 84-room EconoLodge into a quarantine facility was not sitting well with everyone, including the police chief.

To the south, cruise passengers awaited test results aboard the Grand Princess ship. The vessel, with 3500 aboard, was ordered to stay at sea after a traveller from its previous voyage died of the coronavirus and at least four others were infected.

The cruise line said samples were collected from 45 passengers and crew members and results were expected later.

The Grand Princess is operated by the same line as the Diamond Princess, which was quarantined at a Japanese port last month. More than 700 people on board were infected.

In a sign of hope, a woman infected with the virus gave birth to a girl in Qom, the Iranian Shiite holy city particularly hard-hit by the virus.