Health authorities are urging almost 3800 passengers and crew from a cruise that returned to Sydney to self-isolate, after four people on board were confirmed to have coronavirus.

Health authorities are urging almost 3800 passengers and crew from a cruise that returned to Sydney to self-isolate, after four people on board were confirmed to have coronavirus.

As NSW's total cases rose to 382 on Friday, at least four people on the Princess Cruises-operated Ruby Princess cruise ship that arrived Sydney the previous day were confirmed to be infected.

Three of the confirmed cases were passengers who disembarked the ship after it docked in Circular Quay, while the fourth was a crew member who remains in isolation on the ship. 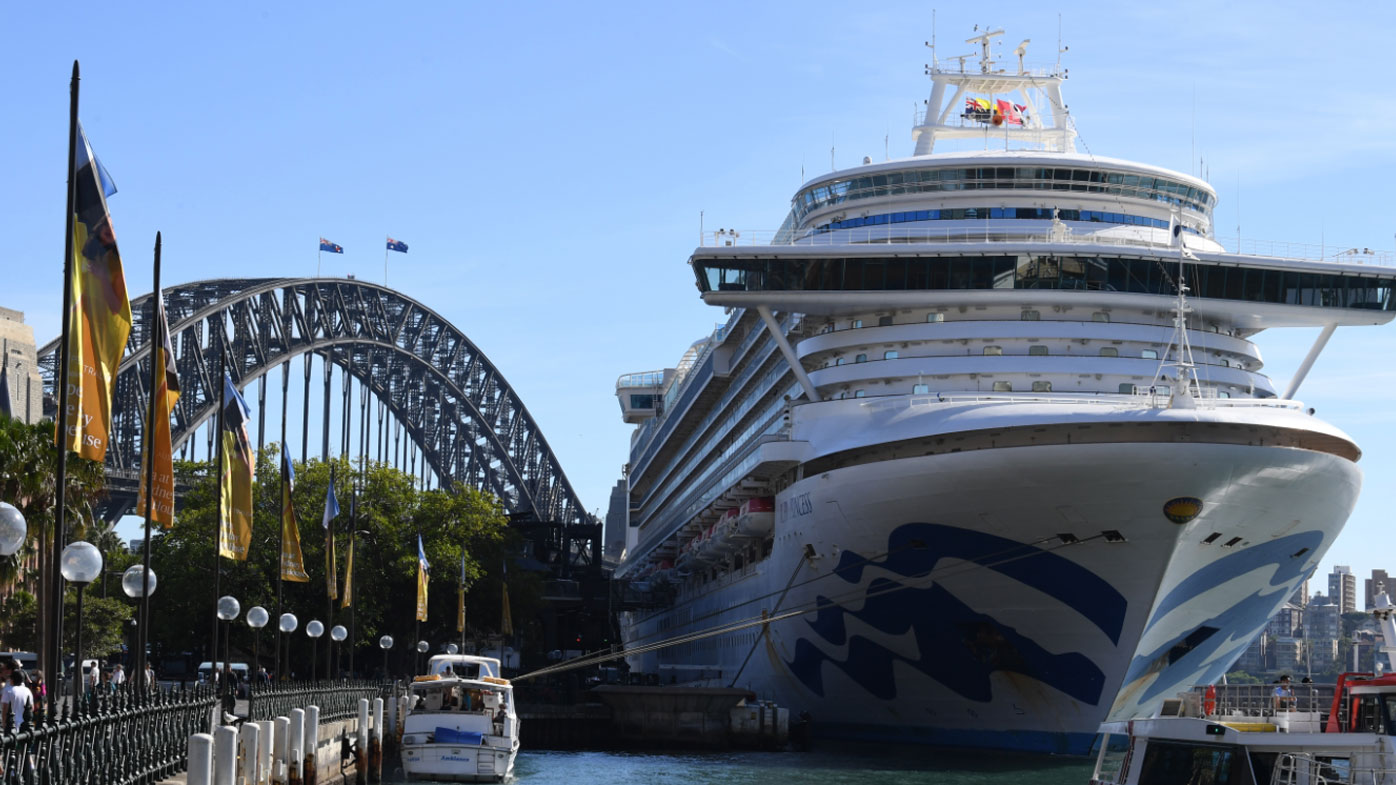 NSW Health Minister Brad Hazzard on Friday said it was possible other people on board had COVID-19 and everyone needed to self-isolate for 14 days.

Sixty-three per cent of the ship's 2647 passengers were Australian, 20 per cent were United States residents and the rest were from a variety of other countries.

Ninety-eight of the 1148 crew also disembarked the ship and have left for their home countries, while the rest remain in isolation on the ship off the NSW coast. 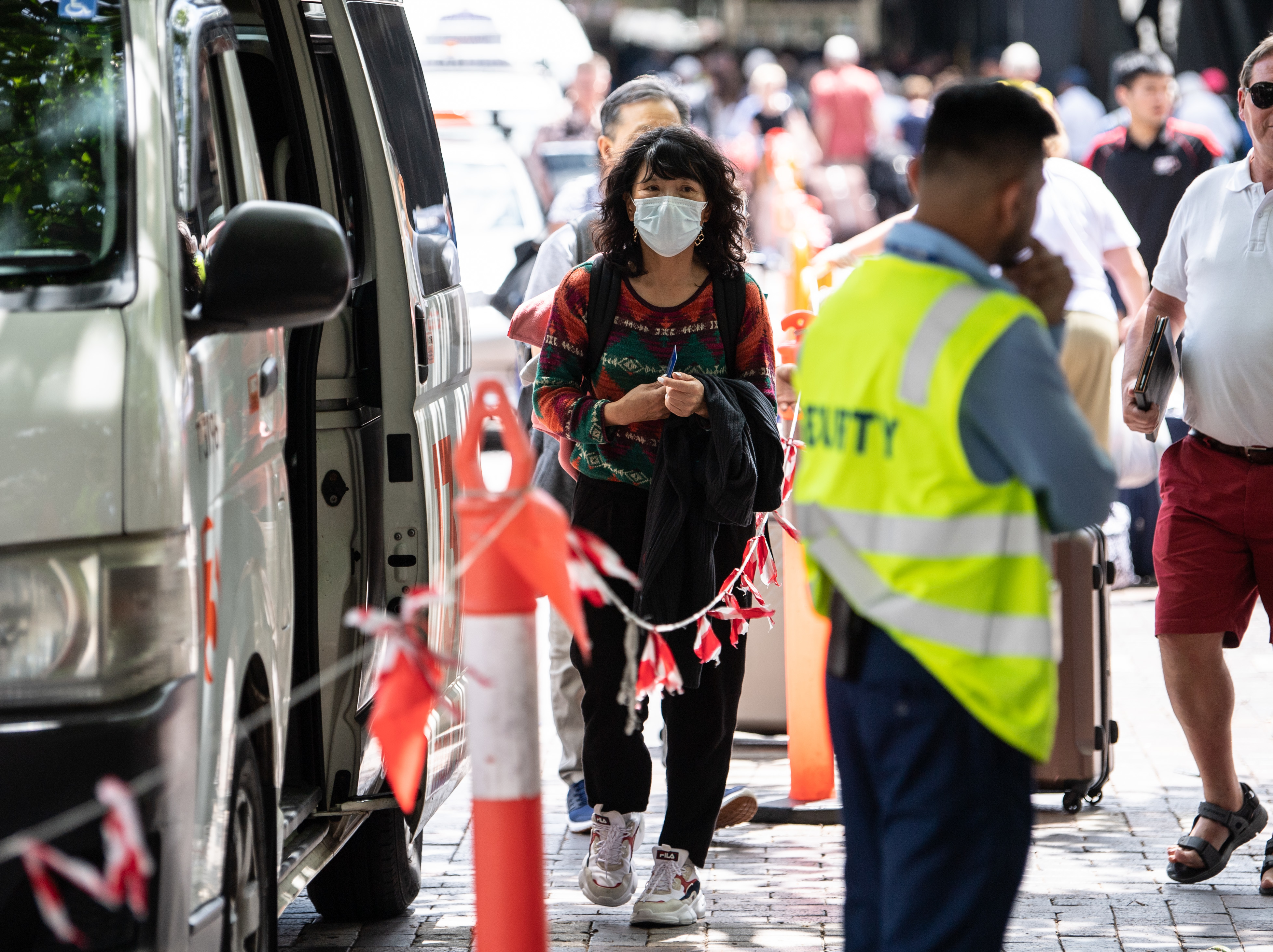 She said the cruise ship company would take care of the Ruby Princess crew.

"They have doctors on board the ship, they have ICU facilities, they have care," Dr Chant said.

Princess Cruises said all occupants with flu-like symptoms and their cabin mates had been in isolation on board the ship, minimising contact with other guests or crew.

READ:  Matt Canavan First Person Over 5 To Throw Temper Tantrum About The Wiggles

It was announced earlier on Friday that an 81-year-old NSW woman had died after contracting coronavirus - bringing the NSW death toll to six and the national tally to seven. 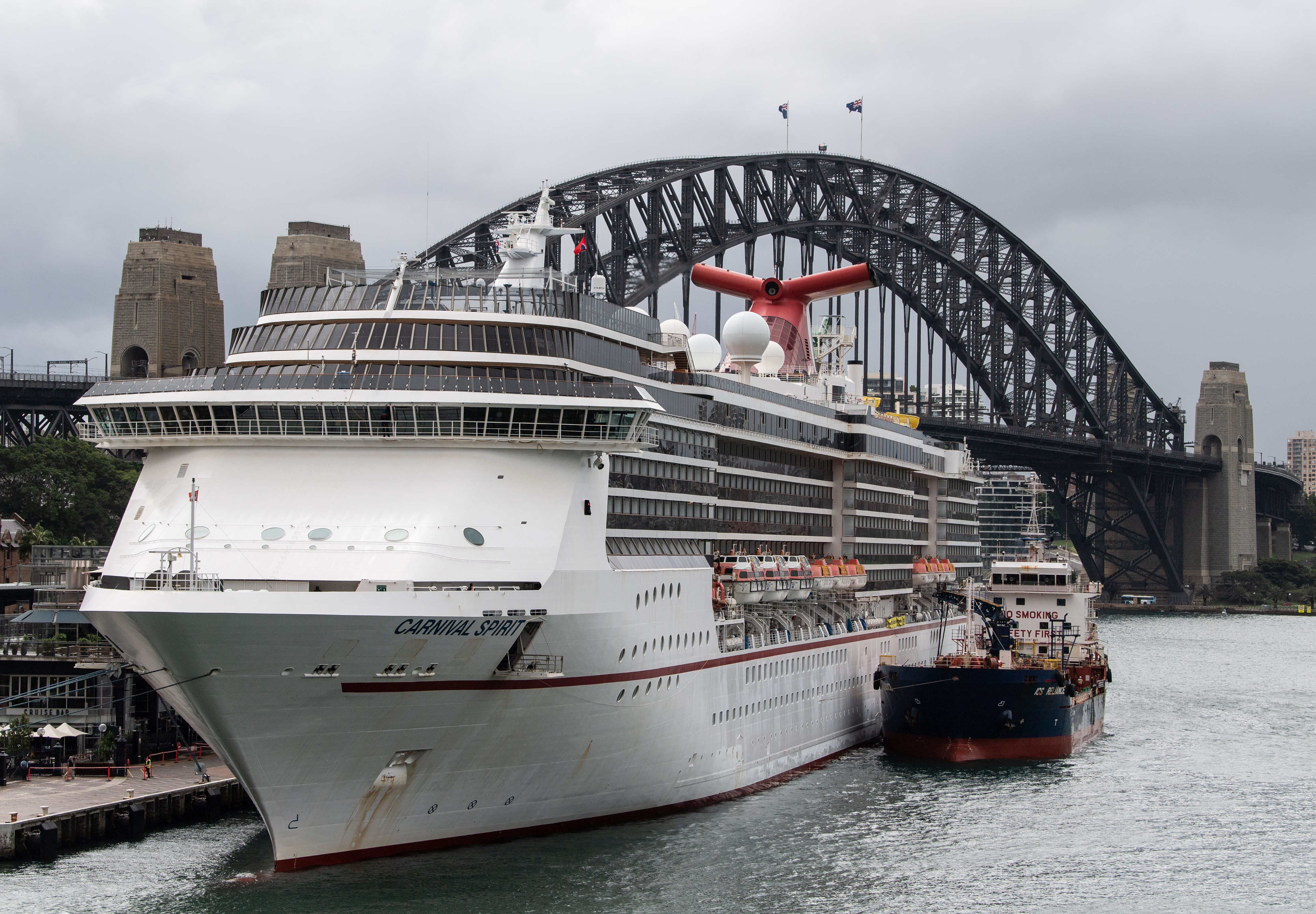 The woman died on Thursday night after close contact with a confirmed case linked to Ryde Hospital.

NSW Treasurer Dominic Perrottet has confirmed the state's 2020-21 budget will be deferred to later in the year as the state focuses on safeguarding health and sustaining livelihoods, echoing an earlier announcement by the prime minister.