By tomorrow, travelling from one state to another will become close to impossible for most ordinary Australians.

By tomorrow, travelling from one state to another will become close to impossible for most ordinary Australians.

Western Australia, South Australia, Queensland, the Northern Territory and Tasmania are all closing their borders to non-essential travel to reduce the spread of coronavirus.

Only Victoria, New South Wales are the ACT are still permitting interstate travel.

But the rules are slightly different in each state. Here's what each border closure means. 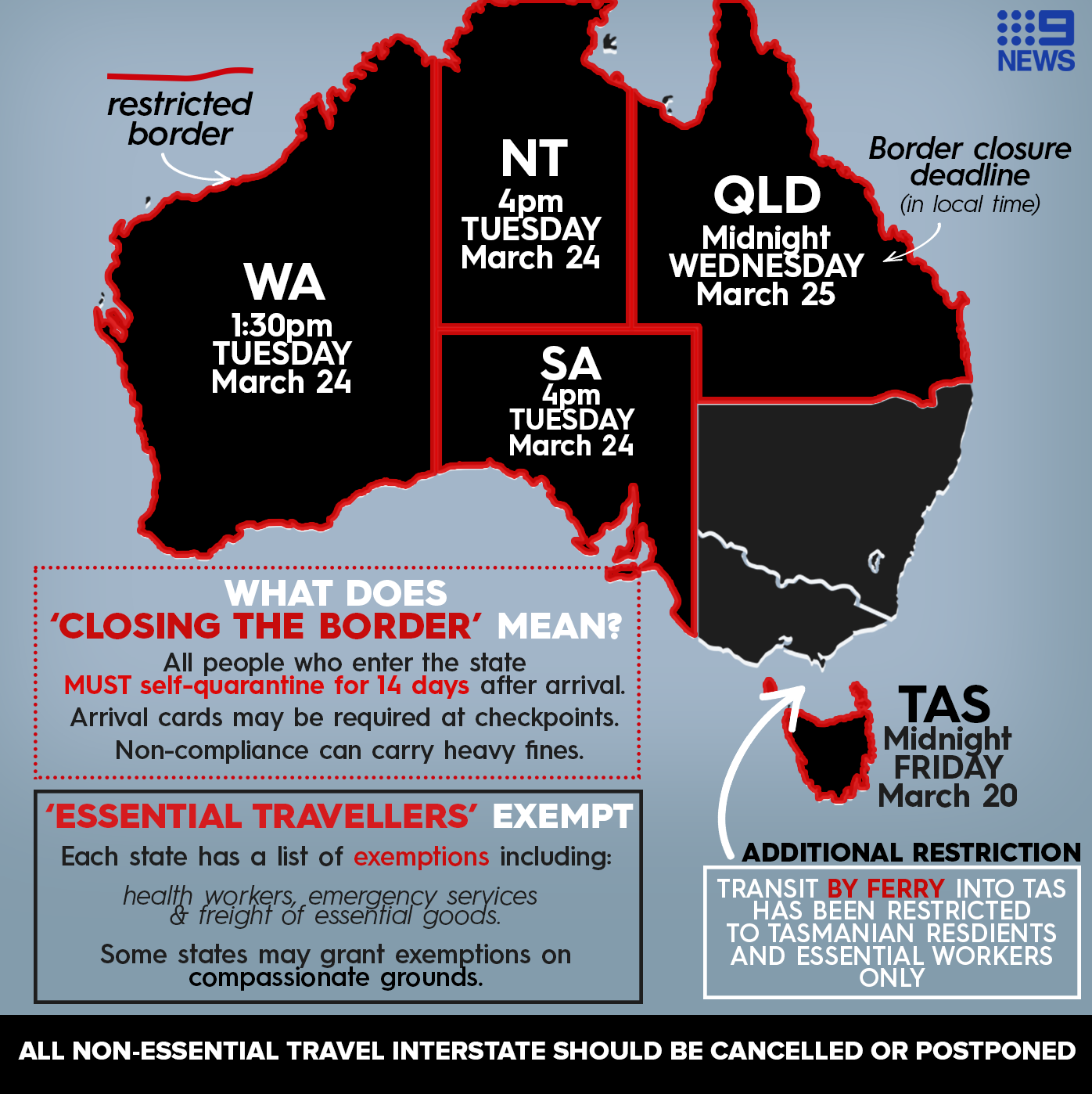 Anyone entering the state by air or road will be required to self-isolate for 14 days.

"We don't want people from New South Wales and Victoria coming up here to Queensland. People should stay in their own state and where possible they should be staying in their suburbs and as much as possible staying at home," she said.

"If you are living in the south-east you should not be doing any non-essential travel during the school break to any other parts of Queensland."

The laws have provided some confusion for residents living on the New South Wales border, in places like Tweed Heads which borders the Gold Coast.

"If you are delivering freight, of course you can come to Queensland," Ms Palasazczuk clarified. 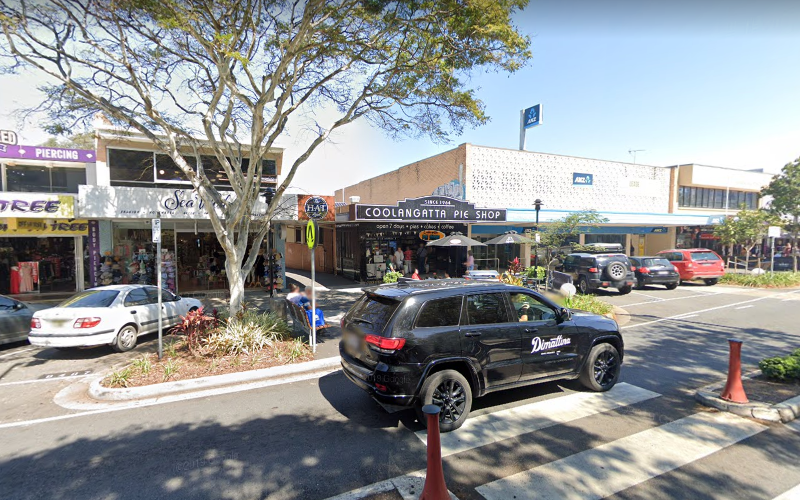 Western Australia will close its borders from 1.30pm AWST today (4.30pm AEDT) to all non-essential travel.

Anyone arriving from interstate who is not an essential worker will be required to self-isolate for 14 days.

Tourist hotspot Rottnest Island is being considered as a quarantine zone to keep infected people isolated. 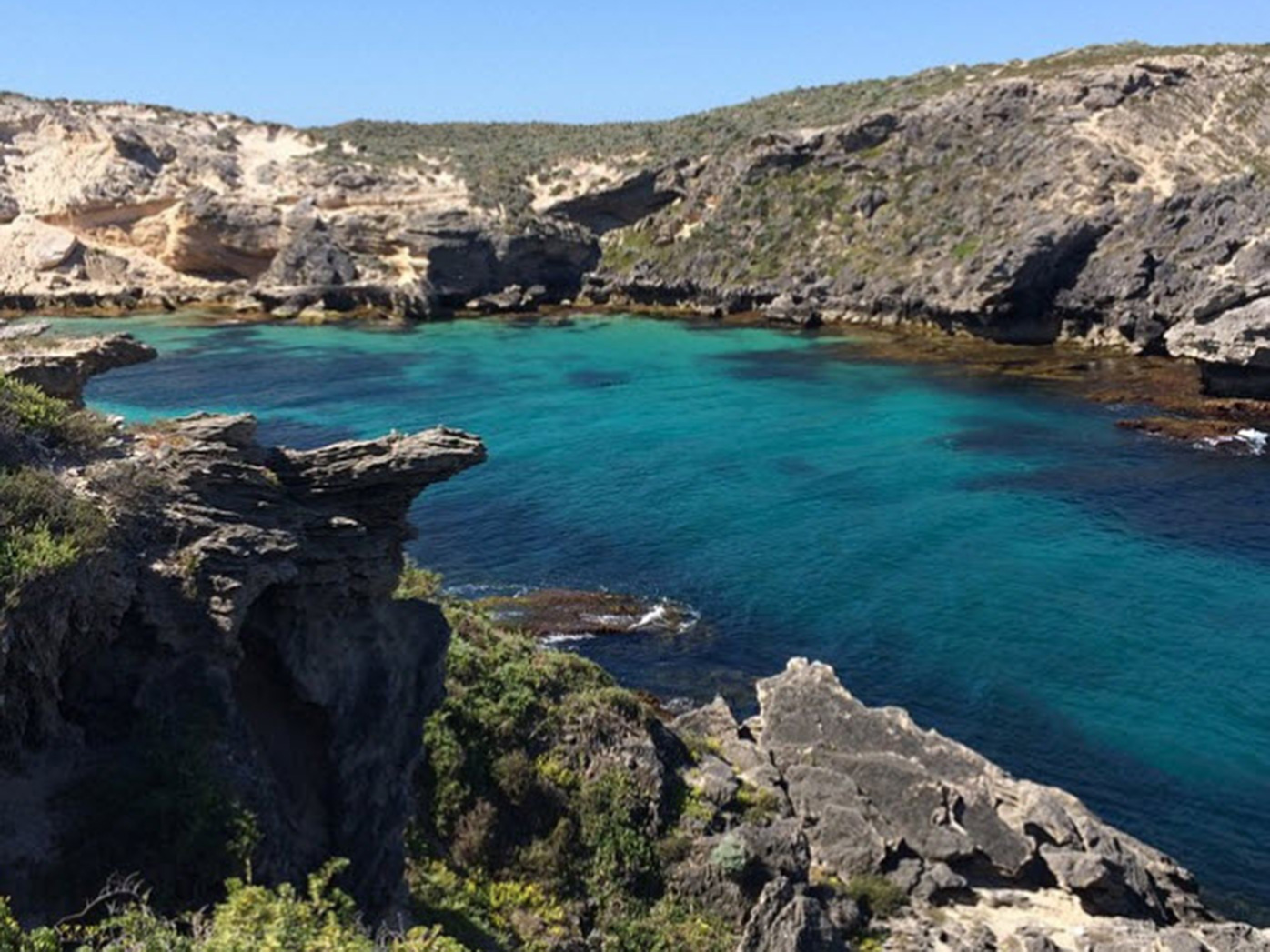 Twelve border crossings will be established in South Australia to check on people entering the state.

Travellers will have to sign a declaration about their health and pledge to undertake mandatory self-isolation for a fortnight.

People who live in communities bordering the state will be allowed to enter so long as there are no coronavirus cases in their towns.

All non-essential travellers will be turned back following the implementation of statewide lockdown measures.

Only Tasmanian residents and essential workers will be allowed aboard the Spirit of Tasmania ferry. 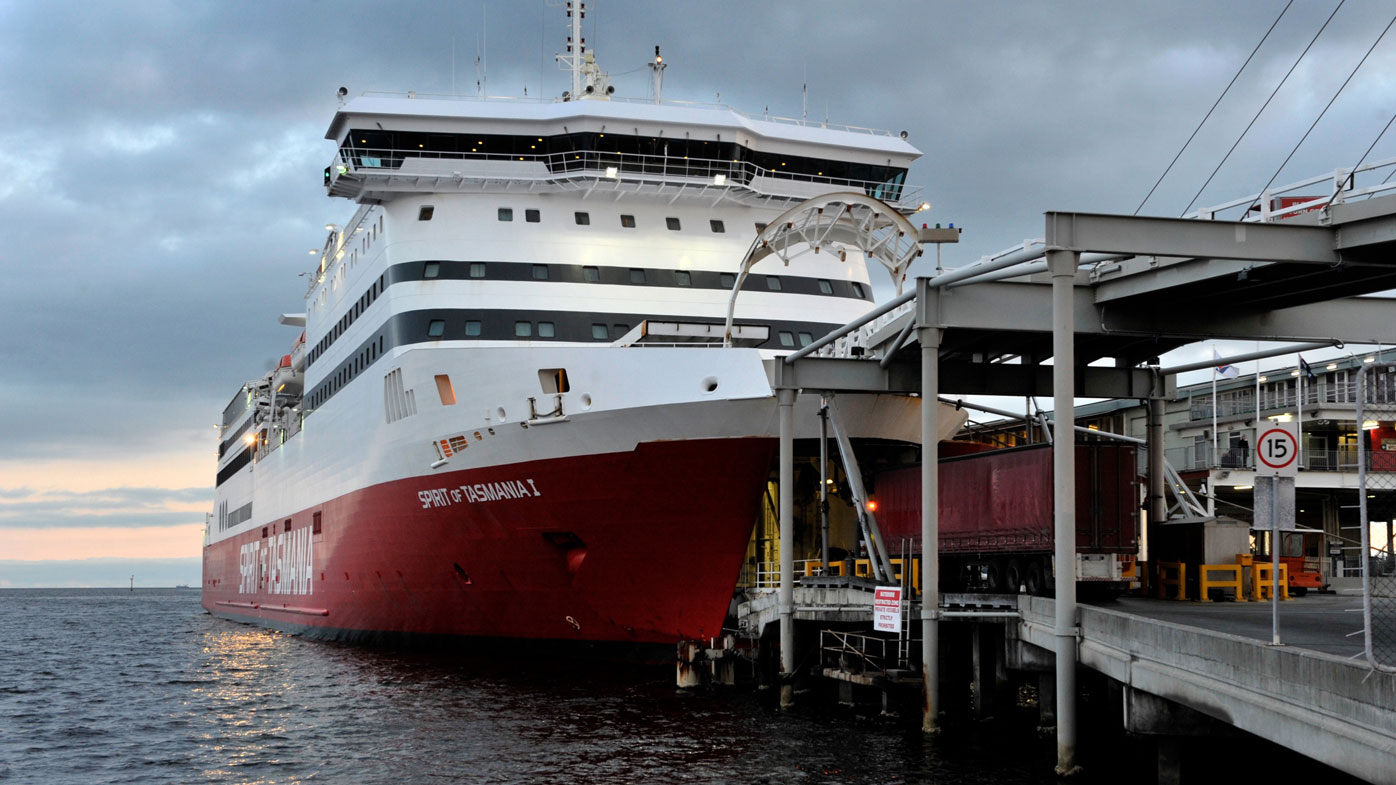 The new travel restrictions are on top of the already strict border control measures that require anyone travelling to the island to self-isolate for 14 days or risk a $16,800 fine or even jail time.

"We are at war against an insidious disease," Premier Peter Gutwein said.

Five of the six new cases in the state today had been on cruise ships.

Arrivals to the Northern Territory will be required to self-isolate for 14 days, and will be have to provide details of where they will be staying.

A $62,000 fine will be in place for those who break the quarantine.

Police officers will be placed on major highways entering the territory to enforce the border closure.

Those sneaking in on back roads will be caught using NT Police surveillance technology.

The border closure will take effect at 4pm local time. 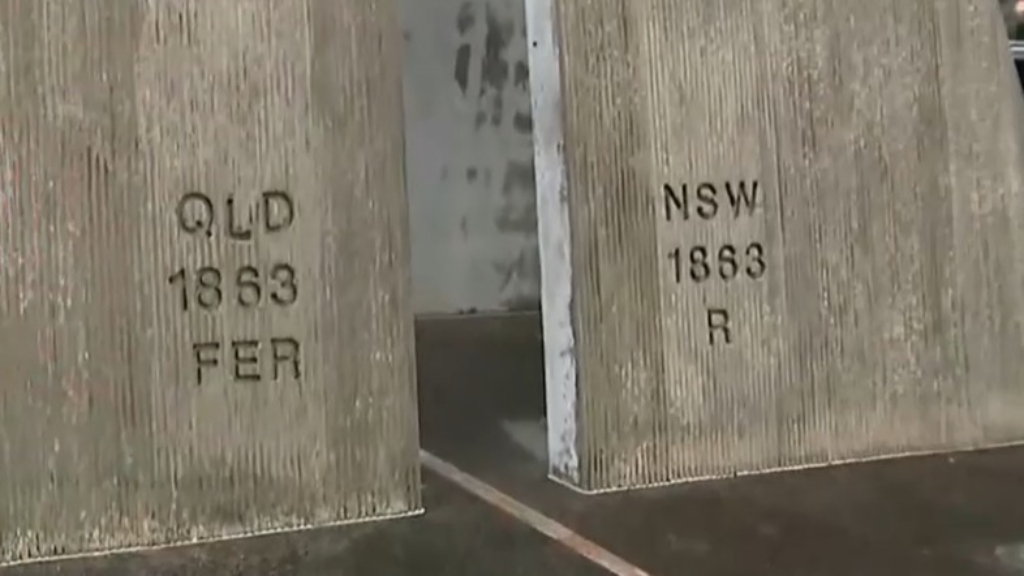 NSW, Victoria and the ACT

The borders to NSW, Victoria and the ACT remain open to statewide travellers.

Like everywhere else in the country, travellers from overseas will be required to self-quarantine for 14 days.

Because of shared medical resources, border closures would complicate a coordinated health response.

"I'm not interested in closing our borders, I don't think that makes a lot of sense for us," Victorian Premier Daniel Andrews said.

"Albury Wodonga Health is run by us, but the Albury hospital is on the other side of the border." 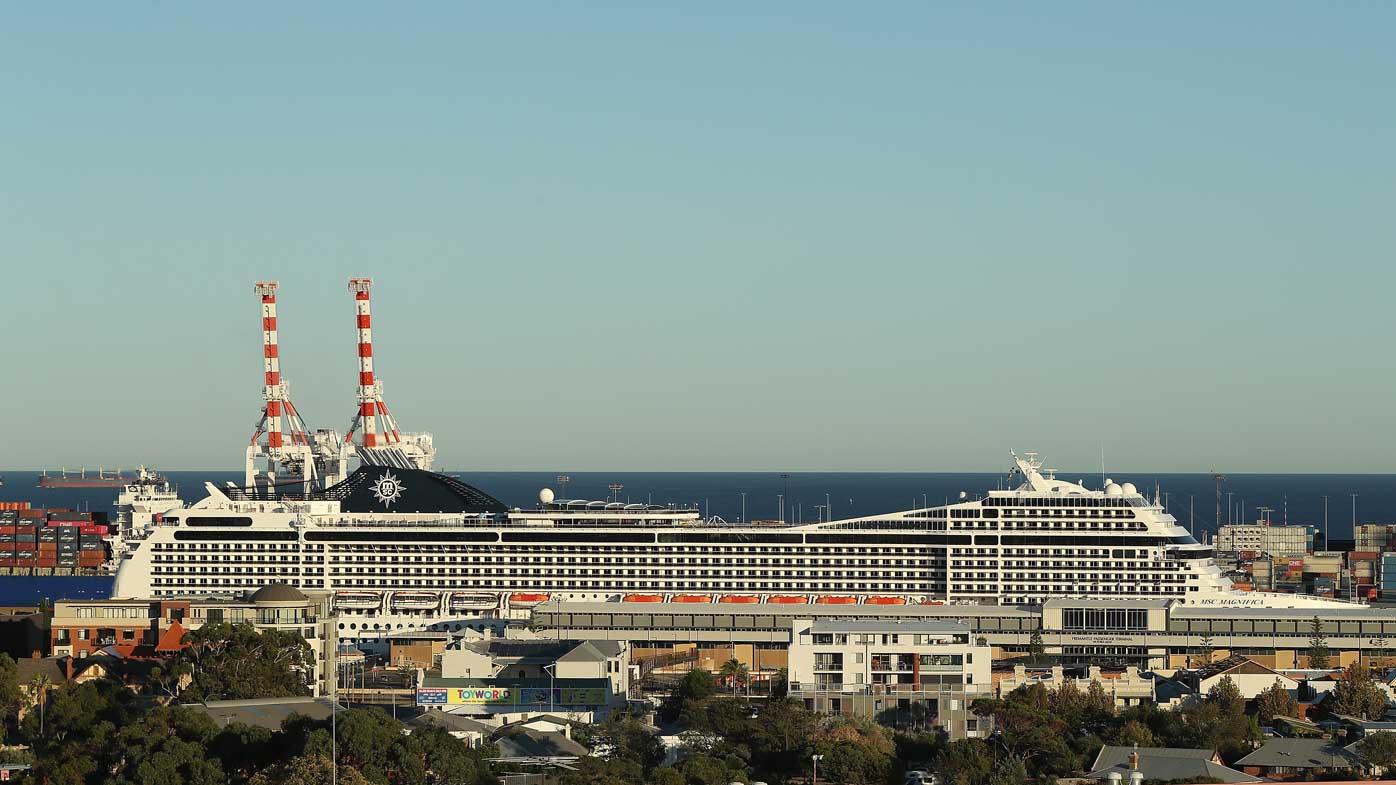