Australians returning from overseas will be required to quarantine in government-provided hotels for two weeks, Prime Minister Scott Morrison said on Friday.The PM announced the mandatory coronavirus self-isolation, that will come into effect at 1…

Australians returning from overseas will be required to quarantine in government-provided hotels for two weeks, Prime Minister Scott Morrison said on Friday.

The PM announced the mandatory coronavirus self-isolation, that will come into effect at 11:59pm Saturday, will require all arrivals to be placed in airport hotels or other accommodation facilities for the 14 days before returning to their homes.

State and territory governments will enforce the restrictions, with the support of the Australian Defence Force in monitoring the quarantine.

“The ADF will be there to support those enforcement authorities,” said Morrison, adding these personnel will help after individuals are released following the 14-day quarantine. 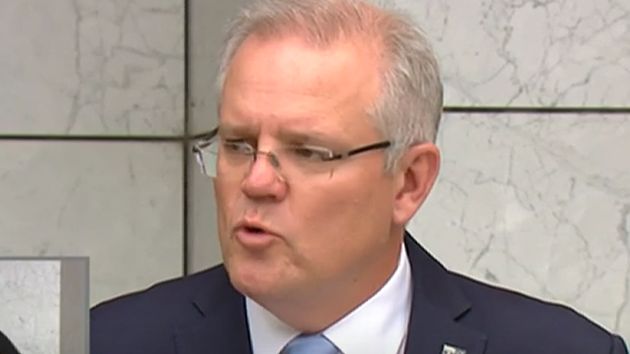 “The ADF will be supporting those states and territories with compliance checks to ensure that people are at their residences, that they have sworn they would be at, to ensure we get compliance with the self-isolation.”

Confirming there were 7,120 arrivals at Australian airports on Thursday, Morrison said the risk has been “increasingly presented by arrivals at this stage, as the virus has spread more broadly around the world”.

“For those who are seeking to make their way back, know these arrangements will be in place and they are mandatory.”

Costs will be managed by individual states and territories, with the PM noting that NSW will particularly face the “greatest stress and strain” due to the highest number of arrivals.

Many businesses have already been forced to close due to previously announced restrictions, and the PM said the government will “seek to hibernate Australian businesses” going forward.

“The idea is simple - there are businesses which will have to close their doors. They will have to keep them closed either because we have made it necessary for them to do so, or simply there is just not the business to keep their doors open,” he explained.

He said this strategy is in place to “minimise the impact on people, particularly economically”.

At least 3,000 cases of Covid-19 have been confirmed in Australia and 13 people have died.

New South Wales has the highest statistic at 1, 405 cases and recorded 186 new cases in the past 24 hours to 8am Friday.