With infections mounting rapidly in places like Brazil and India, a top global health official warned that the crisis around the world is far from over.

The trading floor of the New York Stock Exchange reopened on Tuesday in a largely symbolic step toward economic recovery, and stocks surged at the opening bell, even as the official US death toll from the coronavirus closed in on 100,000, a mark President Donald Trump once predicted the country would never see.

With infections mounting rapidly in places like Brazil and India, a top global health official warned that the crisis around the world is far from over.

The NYSE trading floor in lower Manhattan opened for the first time in two months, though with plexiglass barriers, masks and a reduced number of traders to adhere to the 6-foot social-distancing rules. Those entering the NYSE will have their temperatures taken and were asked to avoid public transportation.

New York Governor Andrew Cuomo, who has presided over the state with the highest death toll from the scourge, rang the bell to set off trading.

"They didn't reopen the way it was," he said during his daily briefing. "They reopened smarter."

Stocks surged in morning trading, driving the S&P 500 to its highest level in 2 1/2 months on rising hopes for an economy recovery. The S&P 500 was up 2 per cent, while the Dow Jones Industrial Average climbed more than 660 points, or 2.7 per cent.

The rally took place as the government reported that US consumer confidence inched up this month, showing signs of stabilising. Still, it remains near a six-year low in the face of the widespread business shutdowns that have sent the economy into recession and driven unemployment to levels last seen during the Great Depression.

"The Transition to Greatness has started, ahead of schedule," US President Donald Trump tweeted. "There will be ups and downs, but next year will be one of the best ever!"

All 50 states have begun easing their stay-at-home restrictions and allowing businesses to open their doors again, even as some parts of the country see no drop-off in confirmed coronavirus cases. There is also some optimism about the race for a vaccine.

READ:  New features coming to all iPhones in 2021

Italy readies to welcome tourists back to Colosseum

In Italy, where the crisis is easing but the death toll is a staggering 33,000, the ancient ruins at Pompeii were reopened to the public, and the Colosseum in Rome, one of the world's biggest tourist attractions, will begin receiving visitors again on June 1, though entrance times will be staggered to reduce crowding and tickets must be bought online. 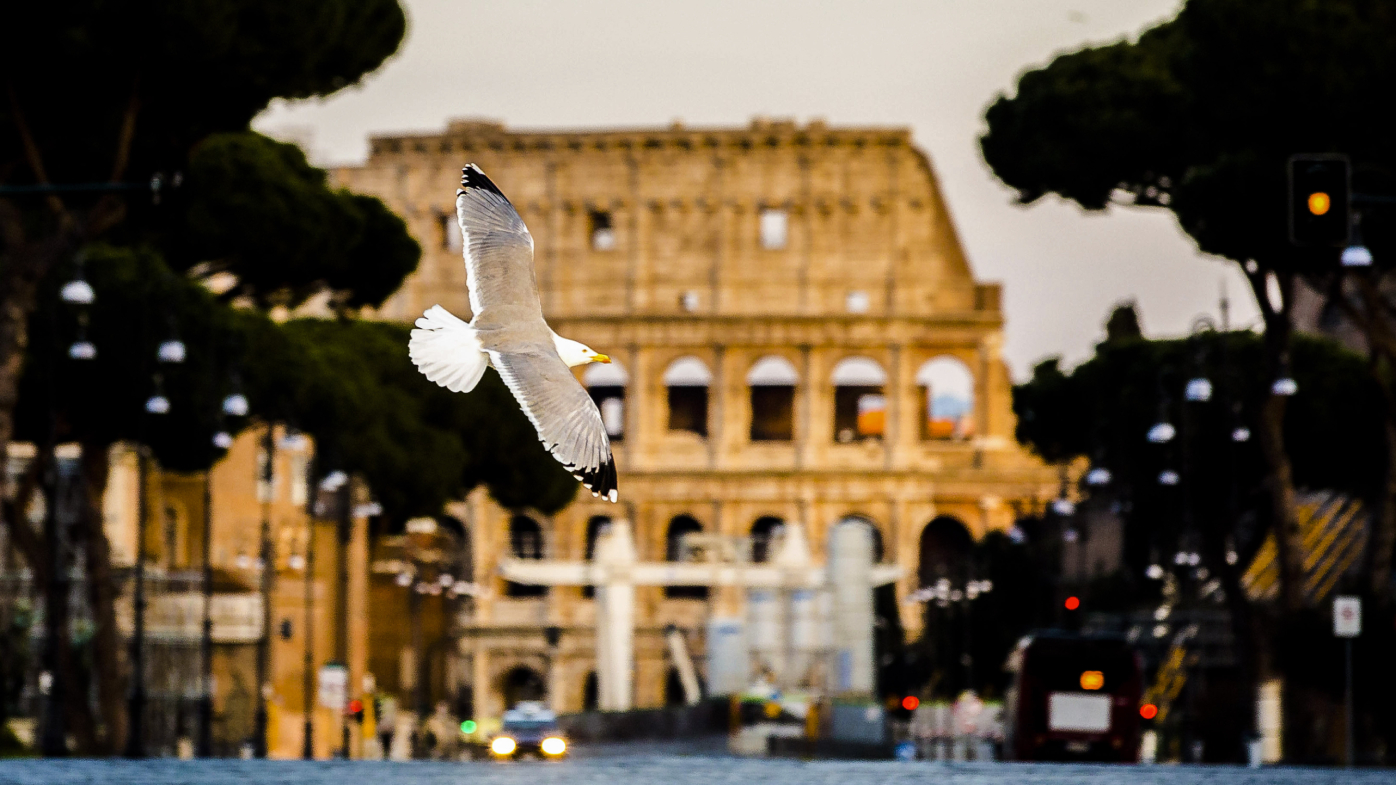 A stern warning from WHO

Still, the World Health Organisation said that the world remains mired in only the first stage of the pandemic, putting a damper on hopes for a speedy global economic rebound.

"Right now, we're not in the second wave. We're right in the middle of the first wave globally," said Dr Mike Ryan, WHO's executive director.

"We're still very much in a phase where the disease is actually on the way up," Ryan said, pointing to South America, South Asia and other parts of the world.

India, with a population of over 1.3 billion, saw a record single-day jump in new cases for the seventh straight day. It reported 6535 new infections Tuesday, raising its total to over 145,000, including close to 4200 deaths.

Most of India's cases are concentrated in the western states of Maharashtra, home to the financial hub of Mumbai, and Gujarat. Infections have also climbed in the east as migrant workers stranded by lockdowns returned to their native villages from India's largest cities.

Fears Brazil toll could be much higher

In Brazil, where President Jair Bosonaro has raged against state and local leaders enforcing stay-at-home measures, WHO warned that before reopening the economy, authorities must have enough testing in place to control the spread of the virus. 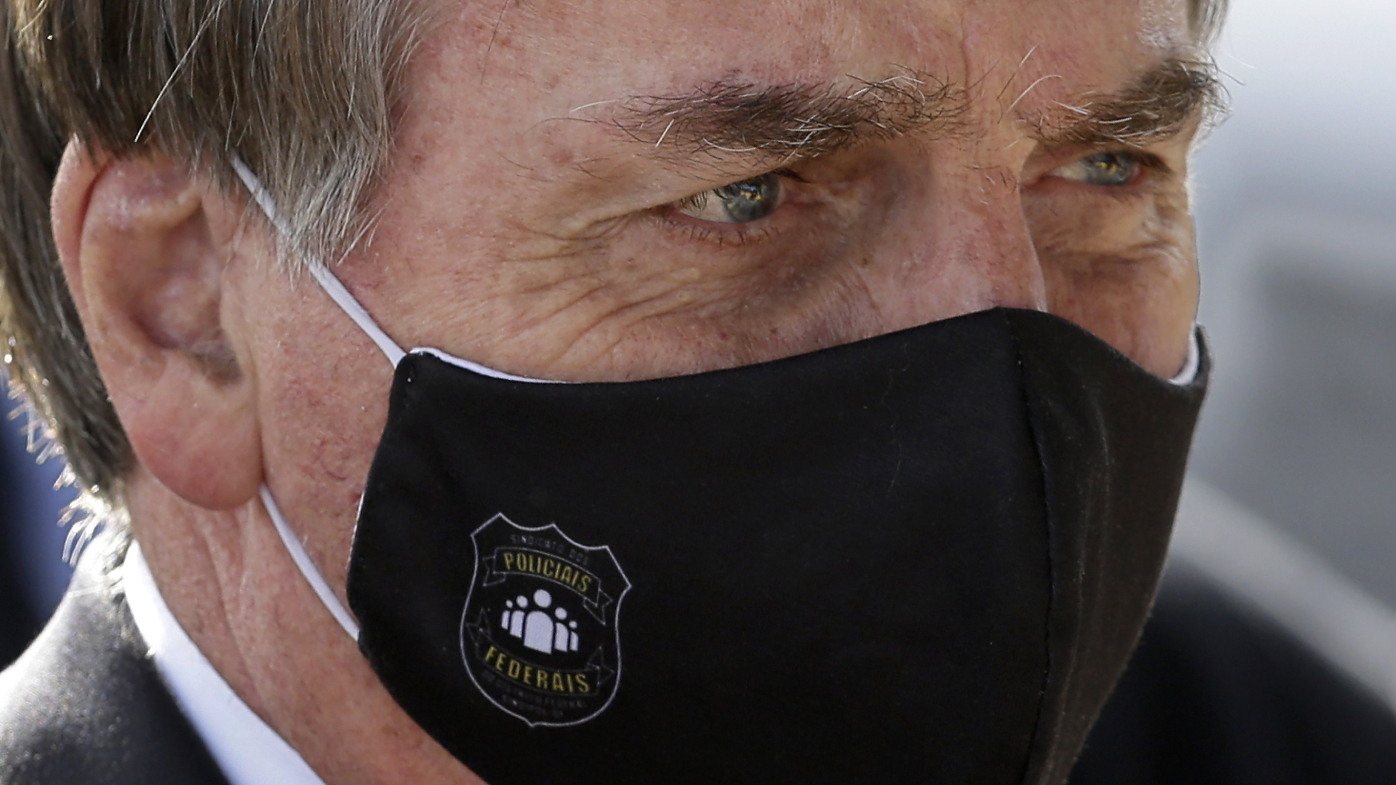 Brazil has 375,000 coronavirus infections – second only to the 1.6 million cases in the US – and has counted over 23,000 deaths, but many fear Brazil's true toll is much higher.

Ryan said Brazil's "intense" transmission rates means it should keep some stay-at-home measures in place, regardless of the damage to the economy.

"You must continue to do everything you can," he said. 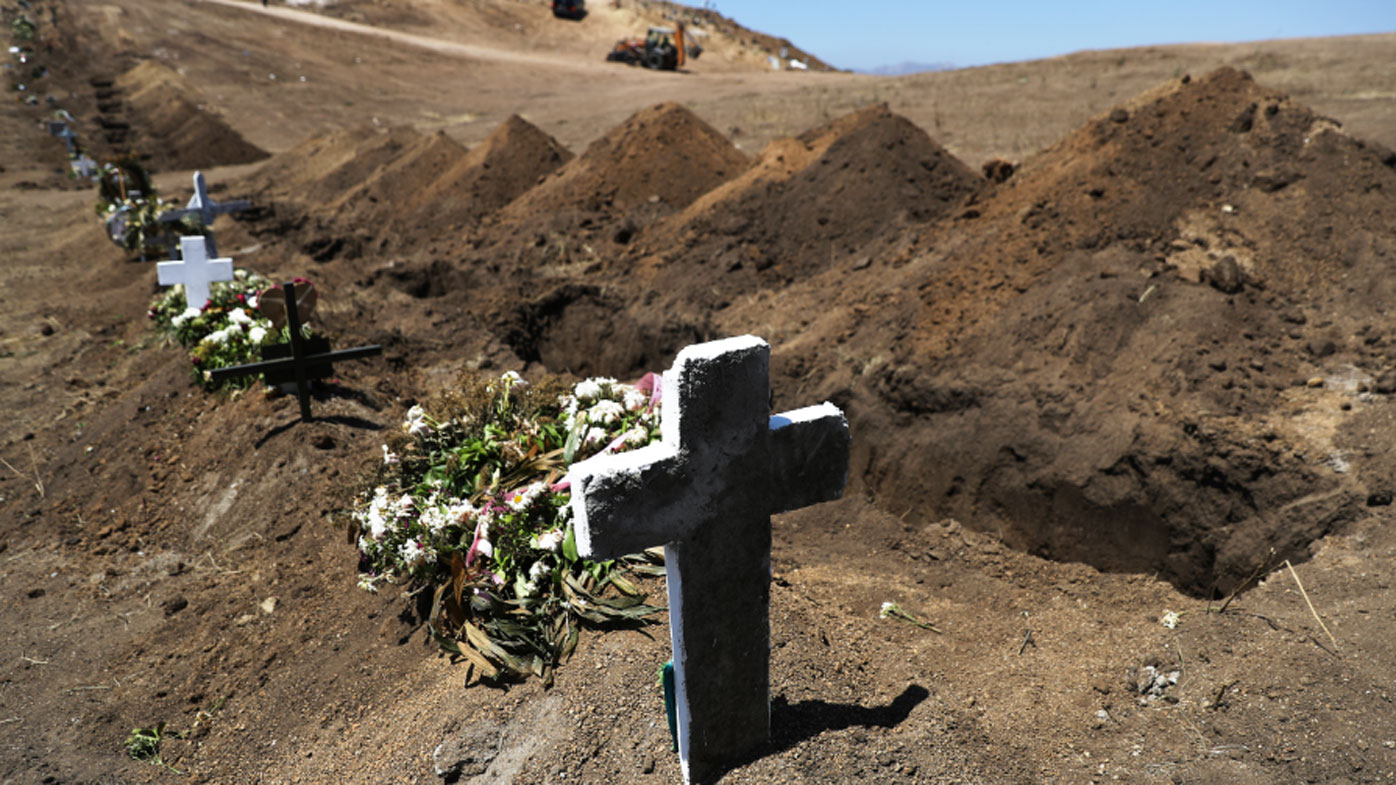 A US travel ban was set to take effect Tuesday for foreigners coming from Brazil.

Brazil's Federal Police raided the official residence of Rio de Janeiro Governor Wilson Witzel to carry out searches, part of an investigation into the embezzlement of public resources in the state's response to the COVID-19 pandemic.

Police didn't say whether Witzel, a former federal judge, was personally targeted by any of the 12 search and seizure warrants in Rio and Sao Paulo states. An ongoing investigation pointed to irregularities in contracts awarded for the construction of emergency field hospitals in Rio, and involved health officials, police said.

"There is absolutely no participation on my part in any type of irregularity," Witzel said. He also implied he was the target of political revenge. 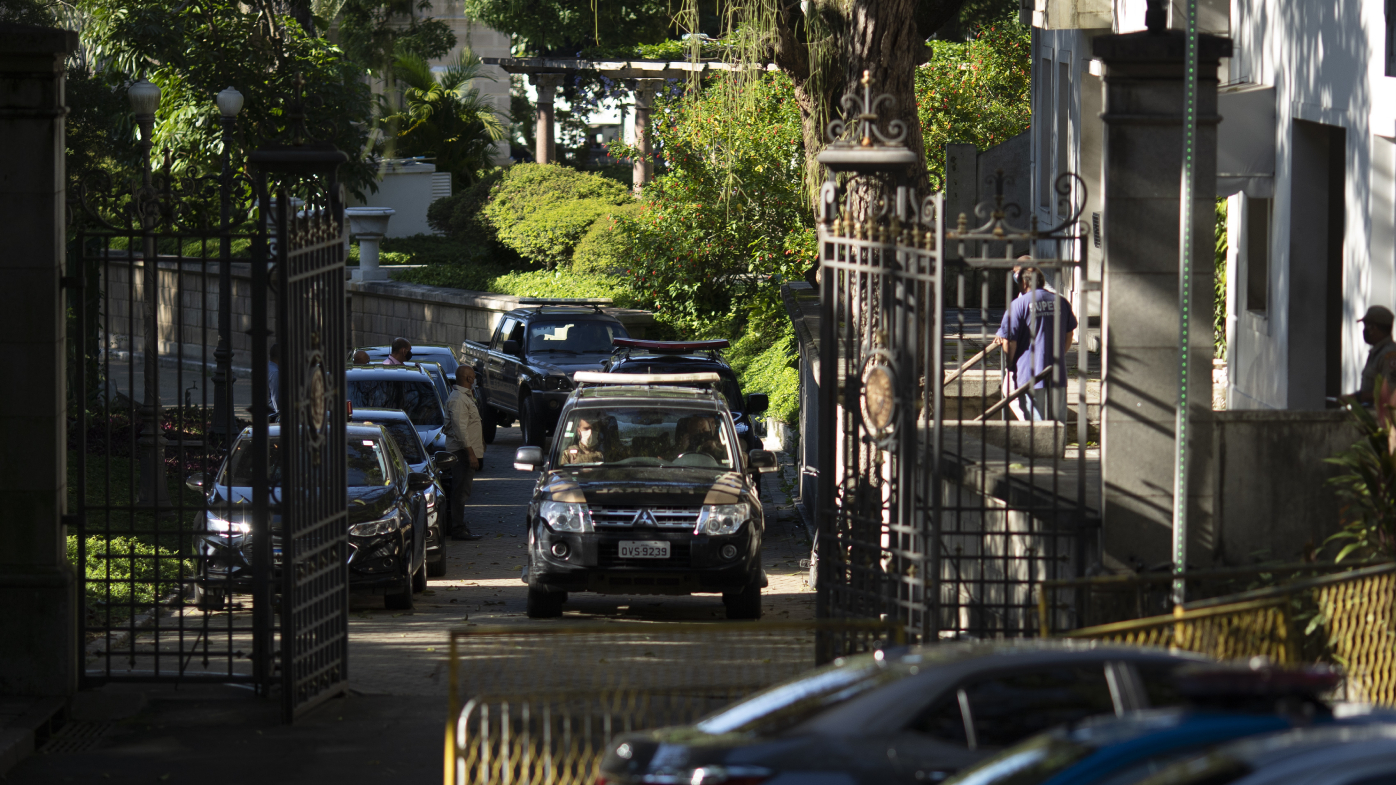 Brazilian President Jair Bolsonaro has challenged many governors' measures for containing the spread of the coronavirus, with Witzel a primary focus.

Bolsonaro has accused governors of inciting panic among the population with allegedly excessive stay-at-home recommendations and restrictions on commerce that he says will wreck the economy and produce worse hardship than the virus.

In Europe, Russian's Vladimir Putin announced that the postponed military parade marking the 75th anniversary of Nazi Germany's defeat in World War II will take place on June 24. Victory Day has become the most important holiday in Russia, traditionally marked on May 9 with a show of armed might in Red Square.

Putin said the country has passed the peak of the outbreak.

READ MORE: Why coronavirus is so bad in Russia

The country's comparatively low mortality rate has raised questions among experts. Russian officials vehemently deny manipulating any figures and attribute the low numbers to the effectiveness of the country's lockdowns. 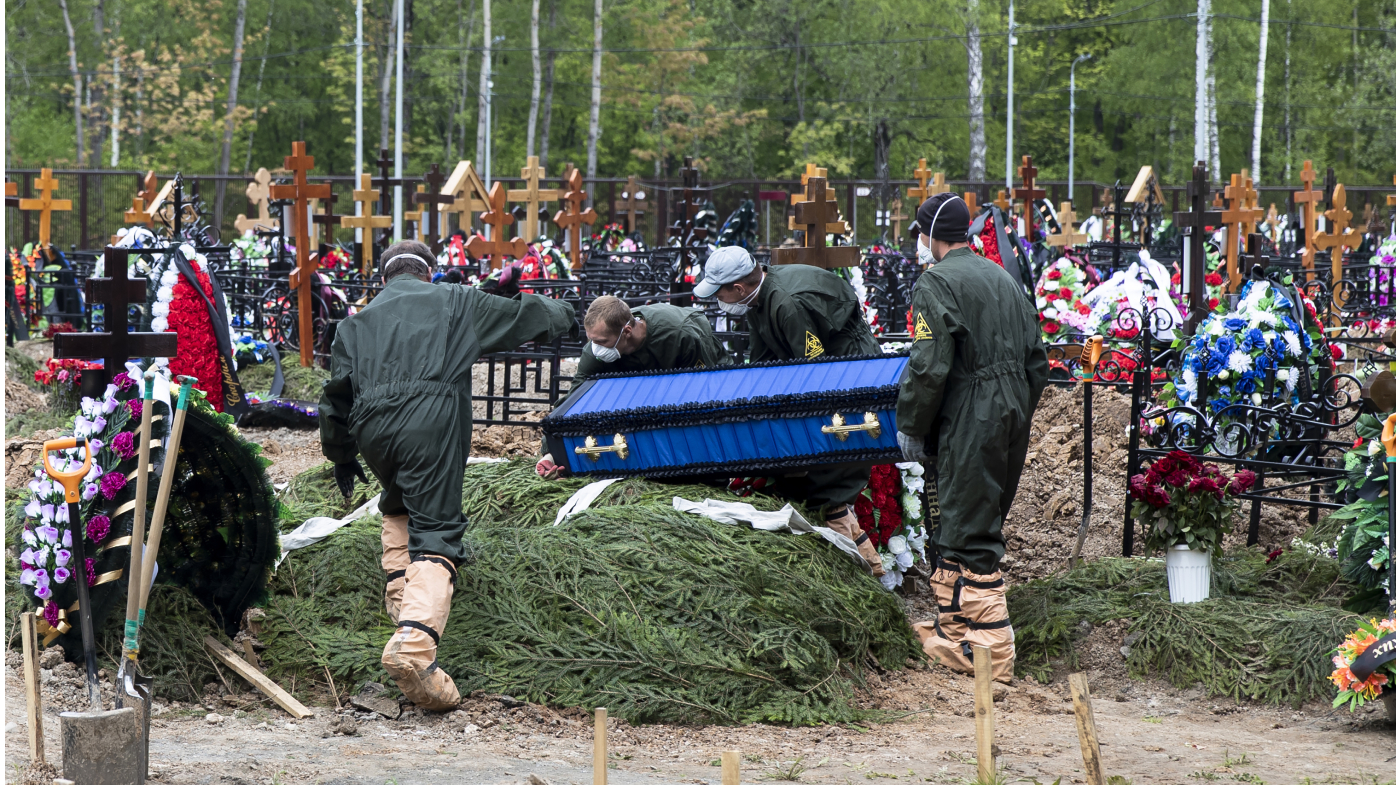 Worldwide, the virus has infected nearly 5.5 million people, killing over 346,000, according to a tally by Johns Hopkins University. Europe has recorded about 170,000 deaths, while the US was approaching 100,000 over a span of less than four months, more than the number of Americans killed in the Vietnam and Korean wars combined.

The true death toll is widely believed to be significantly higher, with experts saying many victims died of the virus without ever being tested for it.

Trump several months ago likened the coronavirus to the flu and dismissed worries it could lead to so many deaths. The administration's leading scientists have since warned that as many as 240,000 could perish from the virus.

In hard-hit New York, Cuomo reported a one-day total Tuesday of 73 deaths, the lowest figure in months, and down from a peak of nearly 800.

"In this absurd new reality, that is good news," he said. 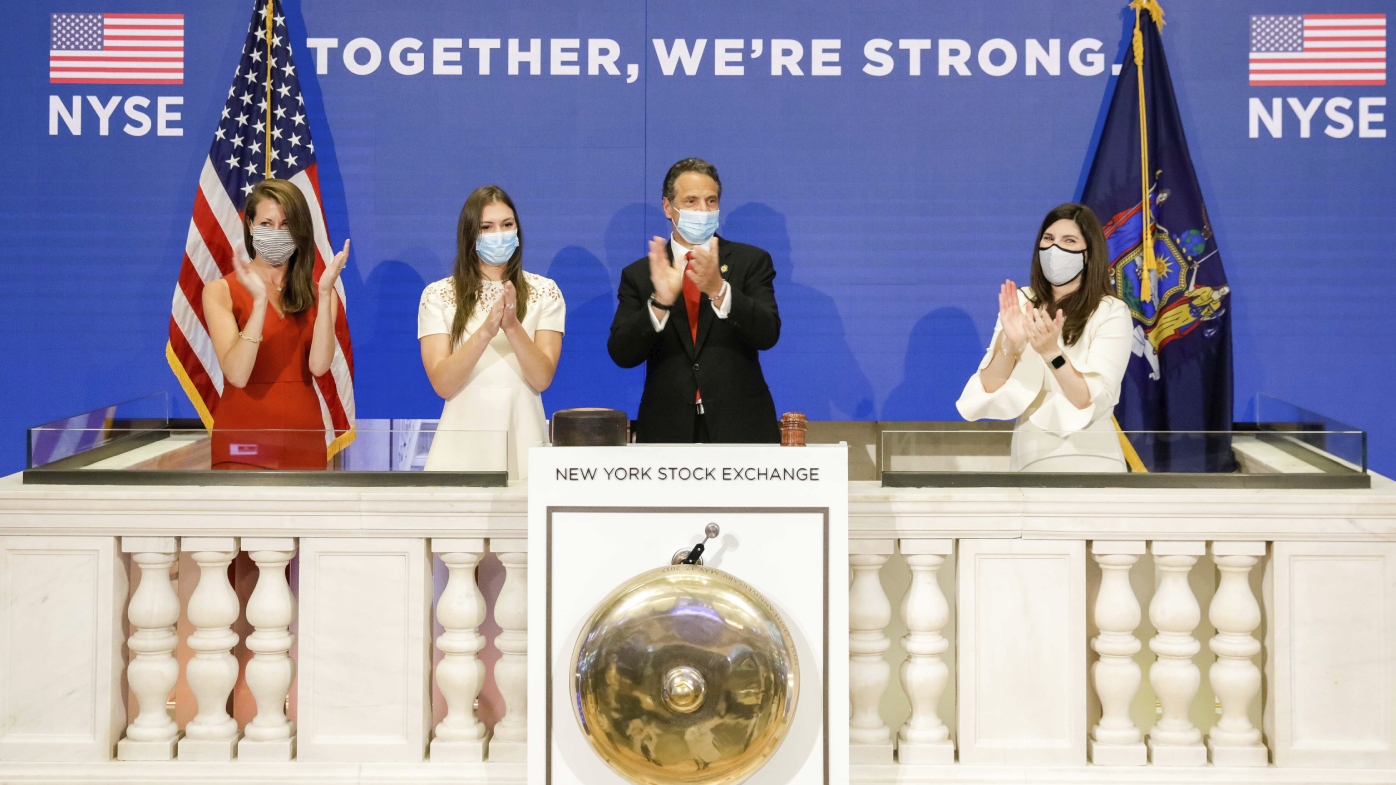