Police have hit out at conspiracy theorists with a meme posted on social media that’s going viral.

Police have hit out at conspiracy theorists with a meme posted on social media that's going viral.

The COVID-19 pandemic has sparked numerous conspiracy theories, including claims from anti-vaxxers that the disease was manufactured to force people to take a vaccine containing "nanotechnology" which would be used to monitor them. 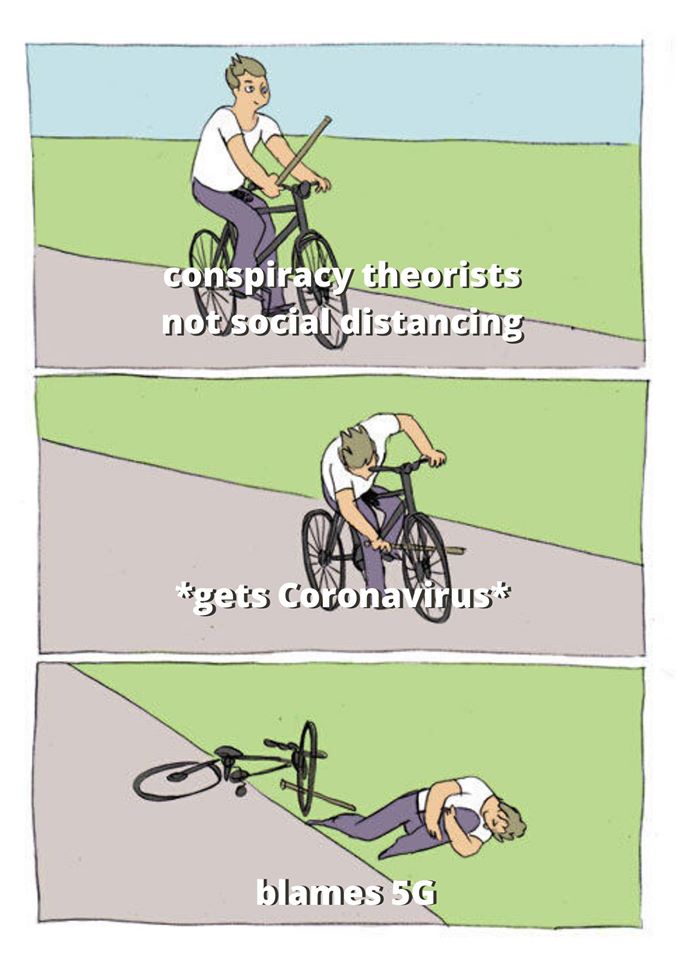 Bizarrely, the virus has also been linked to the rollout of 5G technology in some parts of the world.

Conspiracy claims vary, ranging from the coronavirus being used to "cover up" 5G - a widely-publicised upgrade to mobile networks - or that 5G somehow caused the virus itself.

The response has been wildly positive, with more than 3000 reactions on Facebook and over 500 comments.

Sadly, internationally, the proliferation of these unsubstantiated conspiracy theories have lead to such things as armed rallies in the US, and the burning of mobile phone towers in Europe.

One post in an anti-vaccine Facebook group on April 12 shared a photo of a burned phone mast with the quote, "Nobody wants cancer & covid19. Stop trying to make it happen or every pole and mobile store will end up like this one."

The trend received extra attention in Britain when a tower supplying voice and data traffic to a Birmingham field hospital treating coronavirus patients was among those targeted.

READ MORE: Australia's COVIDSafe tracking app – How does it work, and is it safe?

"To be concerned that 5G is somehow driving the COVID-19 epidemic is just wrong," said Dr Jonathan Samet, dean of the Colorado School of Public Health who chaired a World Health Organization committee that researched cell phone radiation and cancer.

"I just don't find any plausible way to link them."

And there's no evidence that wireless communications - whether 5G or earlier versions - harm the immune system, said Myrtill Simko, scientific director of SciProof International in Sweden, who has spent decades researching the matter.