A Victoria Police officer says he genuinely felt he was facing a “suicide by cop” scenario when he repeatedly hit a disability pensioner with a baton and stood on his head during a welfare check.

A Victoria Police officer says he genuinely felt he was facing a "suicide by cop" scenario when he repeatedly hit a disability pensioner with a baton and stood on his head during a welfare check.

Preston pensioner John was also pepper sprayed during the ordeal with six police officers, after failing to return messages from a counsellor while withdrawing from opioid medication.

Senior Constable John Edney is one of three officers fighting assault charges over the September 2017 incident. 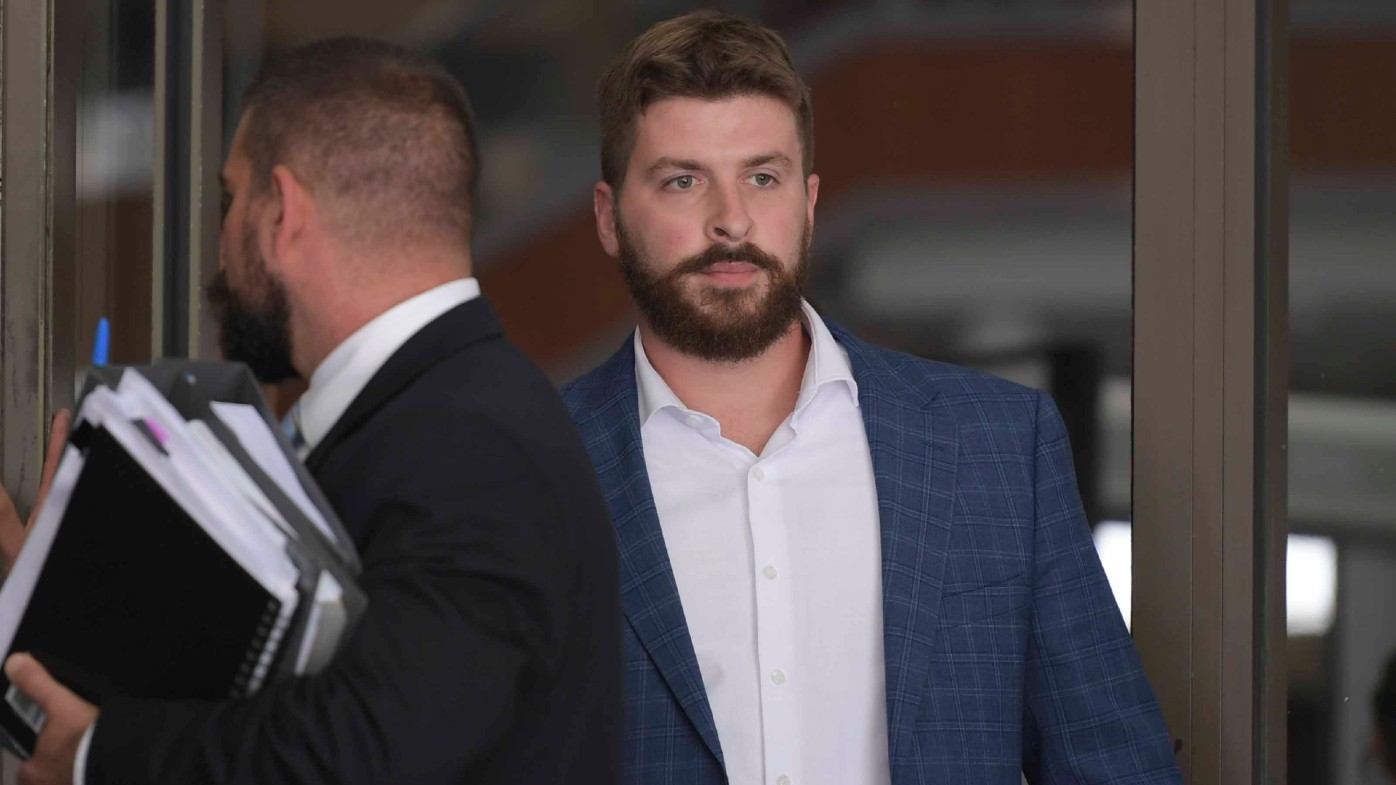 He defended hitting the man with an extendable baton six times on the leg and stepping on his head, as fellow officers restrained the pensioner.

"I did believe it was a real suicide by cop scenario," he told a contested hearing at Heidelberg Magistrates Court today.

Sen. Const. Edney said he believed John was possibly armed and posed a threat to police.

Video footage played to the court shows John answering a knock by Sen. Const. Edney at his front door, urging to be left alone. 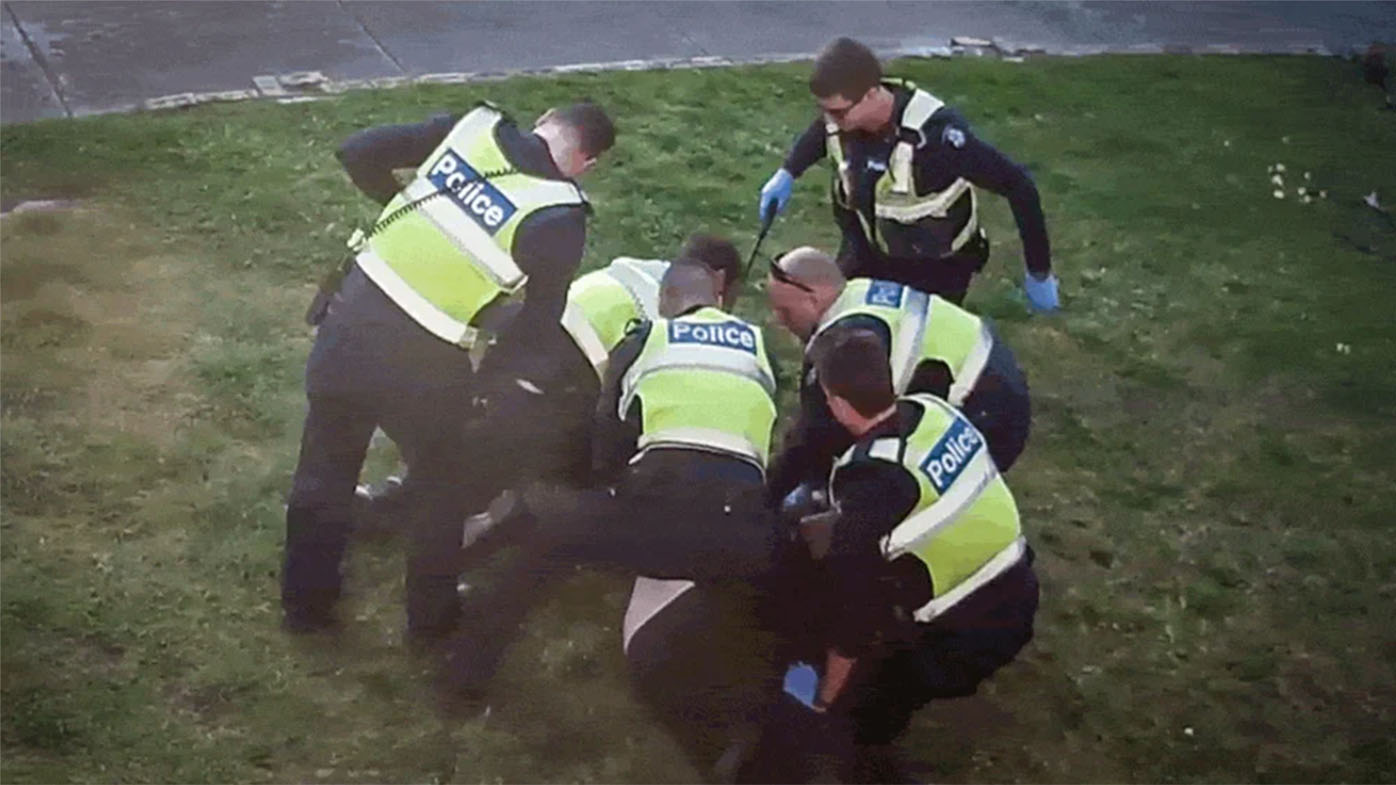 "If you get the crowbar, you'll have to shoot me.

"I've been maced before and nothing happened."

"Part of the reason of going into his house was to check for weapons," he told prosecutor Diana Manova.

"I did believe he was armed." 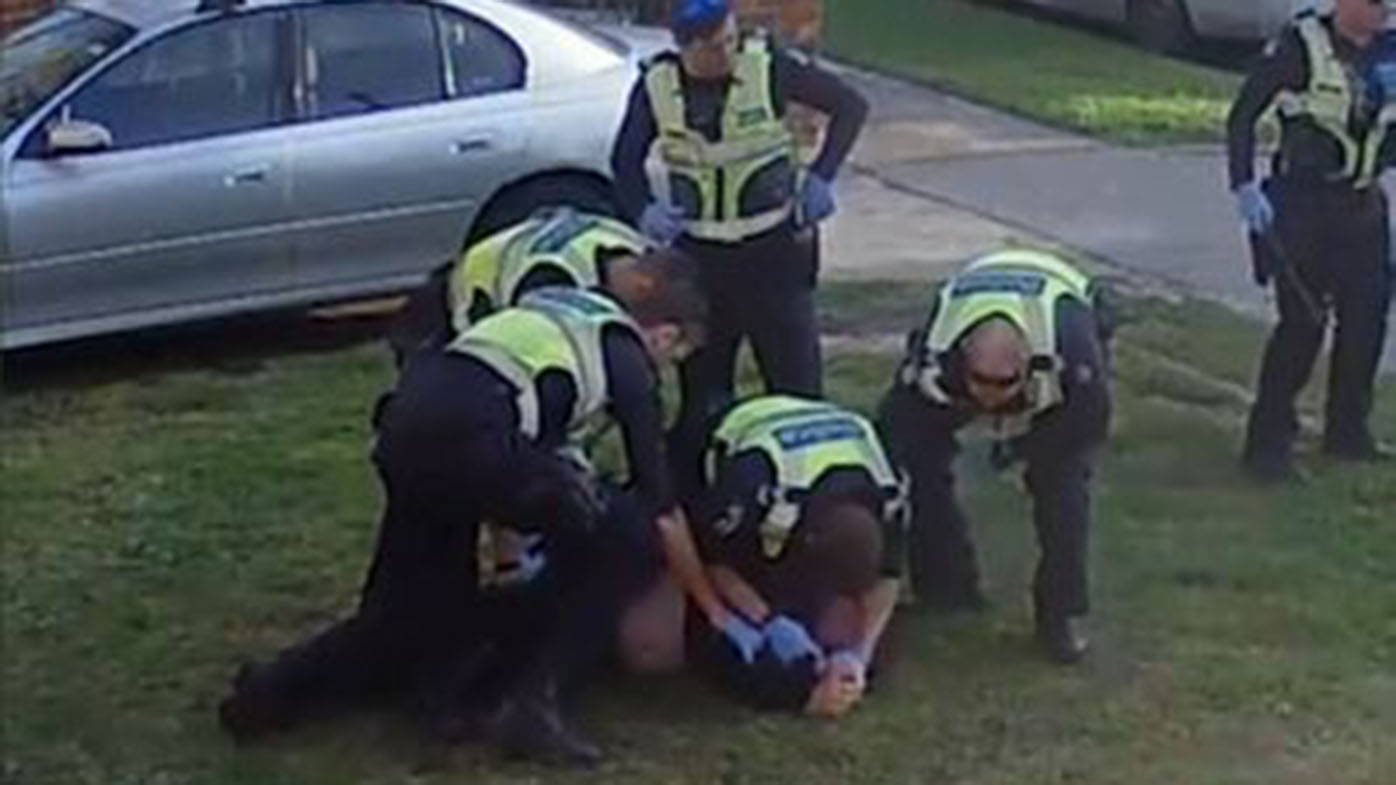 The officers pulled the pensioner to the ground and restrained him while Sen. Const. Edney hit John's calf with the baton six times and put his foot on his head.

He said the pressure of his foot was "minimal, not much more".

Both moves were justified as he was concerned John may "bite and spit" at police, he said.

When asked whether he considered his actions on the day appropriate, he replied: "Yes".