An Adelaide police officer has channelled his inner Kobe Bryant to battle a group of basketballers shooting hoops in a park.

Squaring up against a punter wearing Bryant's iconic Los Angeles Lakers jersey, the plucky cop shows off his moves on a court in Bowden.

The officer dribbles between his legs to cross up his rival, then pulls off a step-back jump-shot that is nothing but net.

The group of players scream as he calmly turns around and grins at the camera, showing he has a so 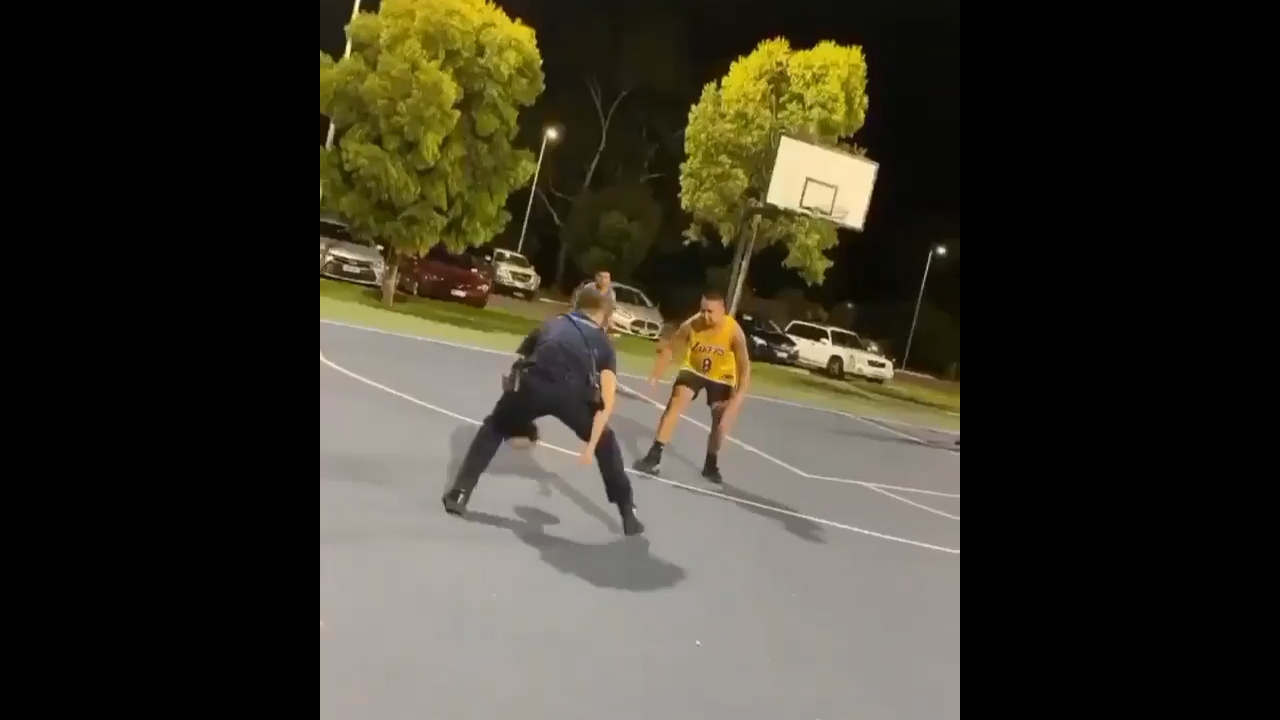 lid dose of the Mamba Mentality.

The moment comes as fans worldwide mourn Bryant, who died in a helicopter crash earlier this week.

The crash took the lives of Kobe Bryant and his daughter, Gianna, along with the pilot and six others.

Bryant was on his way to his youth basketball camp in California, when the helicopter went down in heavy fog.